Adjuntas (Spanish pronunciation: [að'xuntas]) is a small mountainside municipality in Puerto Rico located central midwest of the island on the Cordillera Central, north of Yauco, Guayanilla and Peñuelas; southeast of Utuado; east of Lares and Yauco; and northwest of Ponce. Adjuntas is spread over 16 wards and Adjuntas Pueblo (the downtown area and the administrative center of the city). Adjuntas is about two hours by car westward from the capital, San Juan. It is the principal city of and comprises the Adjuntas Micropolitan Statistical Area.

Adjuntas is nicknamed "the Switzerland of Puerto Rico", because of its relatively chilly weather. Many Puerto Rican mountain towns have cooler weather than the rest of the island; Adjuntas is no exception: the average yearly weather is 70 °F (21 °C) (High: 83 °F/28 °C; Low: 58 °F/14 °C).[4] Puerto Rico's lowest temperature were recorded in Adjuntas at 38°F.[5] Its mild climate attracts a good number of island tourists during the summer months. The town has a small hotel named Monte Rio and a good-sized parador, or country inn, called Villa Sotomayor.[6]

Although there are petroglyphs and traces of Taíno people in Adjuntas, there is no proof that the region was dominated by a specific cacique. Nearby caciques like Guarionex and Urayoán could have had some control over the area.

According to historian Aurelio Tió, during the Spanish colonization of Puerto Rico in the 16th century, it is believed that a Spanish interpreter called Juan González settled in the region. Also, historian Cayetano Coll y Toste wrote a legend about Spanish people looking for gold in the region of Adjuntas.

As colonization progressed, Adjuntas became part of the San Blas de Illescas (Coamo village),[7] which was founded in 1579 and became the most important settlement in the south. It is believed that the name "Adjuntas" derives from the term of "being close" to Coamo. As population shifted to Ponce, Adjuntas became more linked to that town, and then to Utuado, being a ward of this municipality in 1739.

With 20 families established in the region, the residents of Adjuntas asked for the settlement to be officially recognized. The town of Adjuntas was then founded on August 11, 1815, with Diego Maldonado being elected as its representative. A city hall and public square were built shortly after.[8]

Adjuntas in the early 20th century

Adjuntas was one of the main cities where the Anusim, Maranos, and other Sephardi Jews settled. Many of these families were of the Torres, Perez or Peretz, and Bennazar families among others. Berberena and Mozarabes settled there too.[]

Taíno families from neighboring Utuado can also be found in this area, along with escaped cimarrones, or African slaves, who intermarried with the Taíno. DNA genetic evidence shows that many Africans fled up the Camino Real into the mountains to escape the sugar plantations of Ponce. The Mandinka, Wolof & Fulani mtDNA African haplotype, L1b, is present here. Taíno haplogroups A & C can also be found in this area.[]

Postcard of President Theodore Roosevelt during his visit to Adjuntas

After the mid-19th century, Adjuntas welcomed many immigrants from the Mediterranean islands Corsica and Majorca. Some of them established coffee plantations. During the last decades of the 19th century, the coffee produced in Adjuntas was exported to Europe, United States and even the Vatican.[9]

Adjuntas was proclaimed a "villa", or a first order municipality, by the Spanish Government Monarchy in 1894.[10] Several years after, the town was occupied by the United States Army forces during the Spanish-American War of 1898 and was visited by President Theodore Roosevelt in 1906.[11]

The discovery of rich deposits of copper, gold and other minerals during the 1960s motivated some local community and environmental leaders to oppose the mining. Casa Pueblo, a local community organization settled in Adjuntas, opposed to the mining and advocates for the preservation of natural resources in Puerto Rico.[12][13][14]

The terrain of Adjuntas is very mountainous due to its location in the Cordillera Central. It borders Utuado in the north and east, Lares and Yauco to the west, and Guayanilla, Peñuelas, and Ponce to the south.[7]

Historian Pedro Tomás de Córdova described the terrain as "high, and mountainous, and very healthy". He also praised the quality of the terrain for agriculture.[15] Adjuntas' highest peak is Monte Guilarte (3,773 ft; 1,150 m),[16] followed by Vaquiñas (3,346 ft; 1,020 m). Guilarte itself is the sixth highest peak in Puerto Rico, and is located in Guilarte State Forest. Córdova also mentioned the water features, describing 26 rivers and 16 creeks that ran through the region. Hurricane Maria on September 20, 2017 triggered numerous landslides in Adjuntas with the significant amount of rainfall.[17][18] Barrios (which are like minor civil divisions)[23] in turn are further subdivided into smaller local populated place areas/units called sectores (sectors in English). The types of sectores may vary, from normally sector to urbanización to reparto to barriada to residencial, among others.[24][25][26]

Adjuntas features a tropical rainforest climate that borders on a subtropical highland climate. While the town technically features a tropical rainforest climate, due to its high elevation, the climate is noticeably cooler than the norm for this climate category. Summers are warm (83°-85 °F) in the daytime and mild at nighttime (60°-63 °F). Meanwhile, winters are moderately warm with cool temperatures at night. During daytime, high temperatures are around 79 °F (26 °C) in the town and 68 °F (20 °C) in the nearby mountains. Winter night temperatures are between in the 55 °F (13 °C) and 60 °F (16 °C) range, but after cold fronts temperatures can drop down to 45 °F (7 °C).[4] A coffee and banana farm in Adjuntas

Adjuntas is still considered one of the main producers of coffee in the island, producing 32% of the coffee consumed in the island.[37] Other products produced in Adjuntas are tropical crops such as bananas, citron and peaches.

During the middle of the 20th century, some manufacturing industries established themselves in town as part of Operation Bootstrap. However, as of 2012, most of them have already closed. One of the last manufacturing companies in town, a military uniforms company, closed in March 2012.[38]

Although tourism hasn't been an integral part of the economy of Adjuntas, according to historic records, it has been present since the 19th century. Historian Lidio Cruz Monclóva noted that around 1871, some doctors requested patients to travel to Adjuntas to stay in a hotel called "La Adjunteña". The hotel was the property of C.L. Ginestre, and served both tourists and the sick. Cruz noted that doctors believed the colder temperatures of the town were beneficial to health.[39]

Nowadays, Adjuntas receives approximately 700 tourists per weekend, according to mayor Jaime Barlucea.[38] Most of them want to visit the haciendas established there during past centuries. Some of them are: Hacienda Don Jun,[6] Hacienda Bareal, Hacienda El Muerto, Hacienda Arbela, and Hacienda Pietri. Other landmarks are Monte Guilarte, and the Inabón waterfall.

Another known tourist stop in Adjuntas is Casa Pueblo, a local museum and cultural institution founded by a group of activists that fought against the copper mine exploitation of the area for decades. Casa Pueblo is responsible for many environmental projects, namely the preservation of hundreds of acres of woods and bodies of water.

However, some residents and businesspeople from Adjuntas maintain that the government has not taken advantage of the many tourist attractions in town, which include three forests, waterfalls, lakes, and many renowned restaurants.[38] One of the projects that has received media coverage is the Castillo de los Niños, built during the mayoralty of Barlucea. Castillo de los Niños is a recreational park resembling a castle, with gazebos.[40][41]

In 2001, law 1-2001 was passed[42] to identify communities with high levels of poverty in Puerto Rico.[43] In 2017, Governor Rosello created a new government agency to work with the Special Communities of Puerto Rico Program.[44][45] Of the 742 places on the list of Comunidades Especiales de Puerto Rico, the following barrios, communities, sectors, or neighborhoods are in Adjuntas: Acueducto neighborhood, Calle del Agua, Guayo barrio, Rullán neighborhood, Saltillo Vaca, Tanamá barrio, and Yahuecas barrio.[46]

In all of the island's municipalities, public education is overseen by the Puerto Rico Department of Education. When the United States took control of Puerto Rico from Spain in the aftermath of the Spanish-American War, under the terms of the Treaty of Paris of 1898, there were already six public schools established in Adjuntas. Historian Cayetano Coll y Toste offered a detailed account of each of them, including the number of students, which at the time totaled 402.[47]

Although there are no hospitals in Adjuntas, the town does have a small treatment and diagnostic center located in Adjuntas Pueblo. Also, Castañer Hospital, which is located on the border between Adjuntas, Lares, and Maricao, offers services to the municipality.[51]

According to sources, there has not been a murder in Adjuntas since 2009.[37] However, burglary and theft have increased. Some residents attribute the rise in crime to unemployment and the lack of activities for the youth.[38]

Other festivals and events celebrated in Adjuntas include: [52]

The town has a professional volleyball team called Gigantes de Adjuntas that plays on the LVSM in Puerto Rico.[57][58] The team won a title in 1973.[]

In 1874, General José Laureano Sanz, Governor of Puerto Rico, sponsored a road from Ponce to Arecibo, going across Adjuntas and Utuado. In 1885, it is believed that the road was under construction.[59]

Nowadays, the main road to Adjuntas is PR-10, that connects the cities of Ponce in the south and Arecibo in the north, going across Adjuntas in the center. Before the PR-10 was built, roads like the PR-123, and other small roads were used to reach town.

There is also a small airport in Adjuntas that caters to private airplanes.[60]

All municipalities in Puerto Rico are administered by a mayor, elected every four years. The current mayor of Adjuntas is Jaime H. Barlucea, of the New Progressive Party (PNP). He was elected at the 2004 general elections in a close election against incumbent Roberto Vera Monroig.[62] Barlucea has been reelected three times since (2008, 2012, and 2016).[63]

The city belongs to the Puerto Rico Senatorial district V, which is represented by two Senators. In 2016, Luis A. Berdiel Rivera and Nelson Cruz, from the New Progressive Party, were elected as District Senators.[64]

Coat of arms of Adjuntas

The coat of arms of Adjuntas is divided in two. The left side features a shepherd's staff crossed with a yarnwinder in a purple field. They symbolize the Old Testament patriarchs, representing Saint Joachim and Saint Anne, parents of the Virgin Mary. An eight-pointed star sits above them representing the Virgin.

The right side of the coat of arms is divided in three fields. The upper and lower field have green crosses in white fields. The crosses, known as "flory or fleury" are also present in the symbols of Coamo, because of the relationship between both towns. Two bells lie in the middle field, also a representation of the name of "Adjuntas".

Two coffee branches surround the coat of arms, representing Adjuntas location and its importance in the coffee industry of the island. The castle at the top represents the title of village given to Adjuntas by Spain in 1894.[65]

The flag of Adjuntas has similar symbolisms. A white diagonal stripe divides the flag in two triangles. The upper one is purple, while the lower one is green. In the middle of each triangle lies a white "cross fleury". The white color symbolizes purity, while purple represents Saint Joachim's cloth and green the nature of the town.[65]

The anthem of Adjuntas was written by José Nieves Pérez and is called "Adjuntas, mi amor".[66]

Adjuntas has several nicknames. One is "La ciudad del gigante dormido" ("The city of the sleeping giant"). This is a reference to one of the mountains of the city, which is compared to a "sleeping giant".[67] Another nickname is "La Suiza de Puerto Rico" ("The Switzerland of Puerto Rico") which is a reference to Adjuntas' relatively low temperatures. Adjuntas has an average yearly weather of 70 degrees Fahrenheit.[4] Finally, Adjuntas is also called "La tierra de lagos" ("The land of lakes") because of its many lakes.[68]

Among the notable Adjunteños are the following: 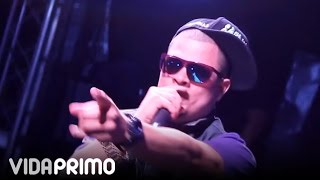 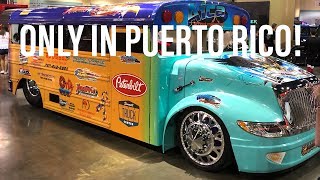 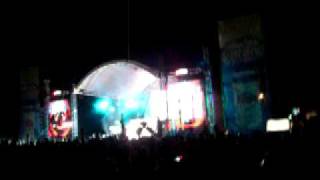 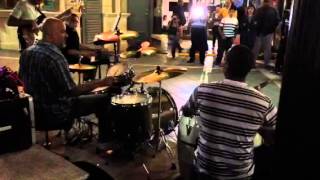 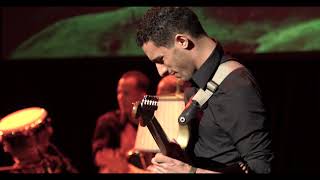 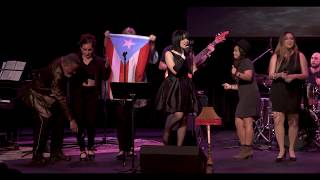 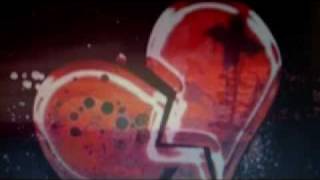 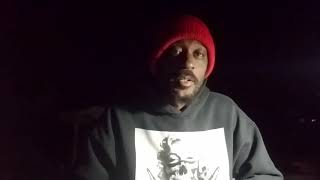 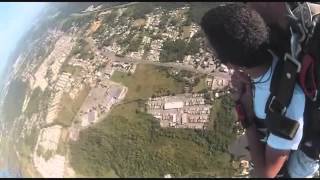 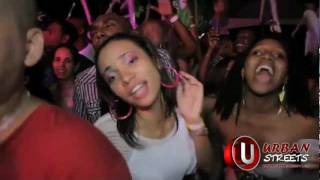 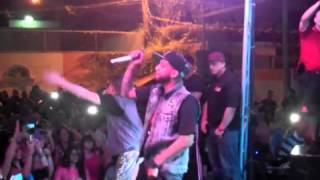 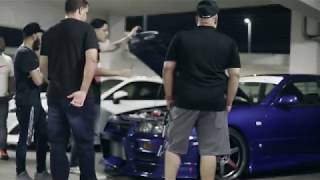 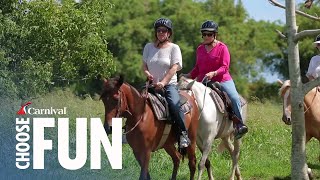 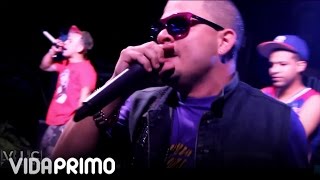 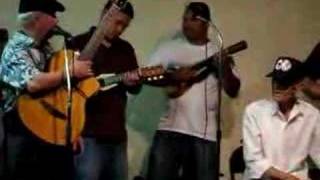 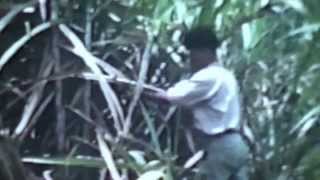 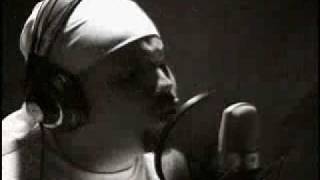 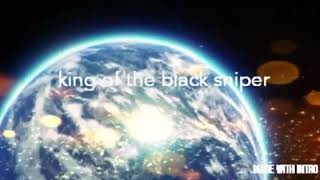