Apple Records is a record label founded by the Beatles in 1968 as a division of Apple Corps Ltd. It was initially intended as a creative outlet for the Beatles, both as a group and individually, plus a selection of other artists including Mary Hopkin, James Taylor, Badfinger, and Billy Preston. In practice, the roster had become dominated by the mid-1970s with releases of the former Beatles as solo artists. Allen Klein managed the label from 1969 to 1973, then it was managed by Neil Aspinall on behalf of the Beatles and their heirs. Aspinall retired in 2007 and was replaced by Jeff Jones.

Apple Corps Ltd was conceived by the Beatles in 1967 after the death of their manager Brian Epstein. It was intended to be a small group of companies (Apple Retail, Apple Publishing, Apple Electronics, and so on) as part of Epstein's plan to create a tax-effective business structure.[1] The first project that the band released after forming the company was their film Magical Mystery Tour, which was produced under the Apple Films division. Apple Records was officially founded by the group after their return from India in 1968 as another sub-division of Apple Corps.

At this time, the Beatles were contracted to EMI. In a new distribution deal, EMI and its US subsidiary Capitol Records agreed to distribute Apple Records until 1976, while EMI retained ownership of their recordings. Beatles recordings issued in the United Kingdom on the Apple label carried Parlophone catalogue numbers, while US issues carried Capitol catalogue numbers. Apple Records owns the rights to all of the Beatles' videos and movie clips, and the rights to recordings of other artists signed to the label. The first catalogue number Apple 1 was a single pressing of Frank Sinatra singing "Maureen Is a Champ" (with lyrics by Sammy Cahn) to the melody of "The Lady Is a Tramp" as a surprise gift for the 21st birthday of Ringo Starr's wife Maureen.[]

Apple Records and Apple Publishing signed a number of acts whom the Beatles personally discovered or supported, and one or more of the Beatles would be involved in the recording sessions in most cases. Several notable artists were signed in the first year, including James Taylor, Mary Hopkin, Billy Preston, the Modern Jazz Quartet, the Iveys (who became Badfinger), Doris Troy, and former Liverpool singer Jackie Lomax who recorded George Harrison's "Sour Milk Sea".[2]

In 1969, the Beatles were in need of financial and managerial direction, and John Lennon was approached by Allen Klein, manager of The Rolling Stones.[3] When Klein went on to manage Apple three of the Beatles supported him, Paul McCartney being the only group member opposed to his involvement. McCartney had suggested his father-in-law Lee Eastman for the job.

Klein took control of Apple and shut down several sub-divisions, including Apple Electronics, and he dropped some of Apple Records' artistic roster. New signings to the label were not so numerous afterward and tended to arrive through the individual actions of the former Beatles; for example, Elephant's Memory were recruited through Lennon and Ravi Shankar through Harrison. McCartney had little input into Apple Records' roster after 1970. Klein managed Apple Corp. until March 1973, when his contract expired. The Beatles' entire pre-Apple catalogue on the Capitol label was re-issued on the Apple label in May 1971, including the singles from "I Want to Hold Your Hand" to "Lady Madonna", and the albums from Meet the Beatles! to Magical Mystery Tour; the album covers remained unchanged with the Capitol logos.

After Klein's departure, Apple was managed by Neil Aspinall on behalf of the four Beatles and their heirs. Apple Records' distribution contract with EMI expired in 1976, when control of the Beatles' catalogue--including solo recordings to date by George Harrison, John Lennon and Ringo Starr--reverted to EMI (Paul McCartney had acquired ownership of his solo recordings when he re-signed with Capitol in 1975).[4]

The original UK versions of the Beatles' albums were released worldwide on compact disc in 1987 and 1988 by Parlophone. Previously, Abbey Road had been issued on CD by the EMI-Odeon label in Japan in the early 1980s. Although this was a legitimate release, it was not authorised by the Beatles, EMI or Apple Corps. Following the settlement of Apple's ten-year lawsuit against EMI in 1989, new projects began to move forward, including the Live at the BBC album and The Beatles Anthology series. It was after the Anthology project (spearheaded by Neil Aspinall) that the company resumed making significantly large profits again and began its revival.

The label was again newsworthy in 2006, as the long-running dispute between Apple Records' parent company and Apple Inc. went to the High Court (see Apple Corps v Apple Computer).

In 2007, longtime chief executive Neil Aspinall retired and was replaced by American music industry executive Jeff Jones.[5] The Beatles' catalog was remastered and re-issued in September 2009 and was made available on iTunes in November 2010.[6][7] When Universal Music Group acquired EMI and the Beatles' recorded music catalogue, Calderstone Productions was formed in 2012 to administer the Beatles' catalogue. Standard Apple album and single labels displayed a bright green Granny Smith apple on the A-side, while the flipside displayed the cross section of the apple. The bright green apple returned for Beatles CDs releases in the 1990s, following initial CD releases by Parlophone.

On the US issue of the Beatles' Let It Be album, the Granny Smith apple was red. The reason was that in the United States that album, being the soundtrack to the movie of the same name, was, for contractual reasons, being manufactured and distributed by United Artists Records and not Capitol Records, so the red apple was used to mark the difference. The red apple also appeared on the back cover, and on the 2009 remastered edition back cover. Capitol's parent company EMI purchased United Artists Records in the late 1970s, and Capitol gained the American rights to the Let It Be soundtrack album (along with the American rights to another, earlier, United Artists Beatles movie soundtrack LP, 1964's A Hard Day's Night).

Aside from the red apple, other examples in which the apple has been altered include George Harrison's album All Things Must Pass triple album, on which the first two discs have orange apples while the third has a jar label reading Apple Jam; black and white apples on John Lennon's album John Lennon/Plastic Ono Band and Yoko Ono's album Yoko Ono/Plastic Ono Band; a blue apple on Ringo Starr's single "Back Off Boogaloo"; Harrison's album Extra Texture (Read All About It), on which the apple (in shrunken cartoon form) is eaten away at its core (this was intended to be a joke because it was released at a time when Apple Records was beginning to fold); and a red apple on Starr's compilation album Blast from Your Past. Other types of apples were also used: in 1971, for Lennon's Imagine and Ono's Fly, the apples respectively featured pictures of Lennon and Ono, as did the apples for Ono's 1973 Approximately Infinite Universe and the singles that were released from these three albums. Zapple Records, an Apple Records subsidiary run by Barry Miles, a friend of McCartney, was intended as an outlet for the release of spoken word and avant-garde records, as a budget label.[8] It was active only from 3 February 1969[9] until June 1969; two albums were released on the label, one by Lennon and Ono (Unfinished Music No. 2: Life with the Lions) and one by Harrison (Electronic Sound). An album of readings by Richard Brautigan was planned for release as Zapple 3, and acetate disc copies were cut, but, said Miles, "The Zapple label was folded by [Allen] Klein before the record could be released. The first two Zapple records did come out. We just didn't have [Brautigan's record] ready in time before Klein closed it down. None of the Beatles ever heard it."[10] Brautigan's record was eventually released as Listening to Richard Brautigan on Harvest Records, a subsidiary of Apple distributor EMI, in the US only.[10]

The first record that was done for Zapple was by poet Charles Olson.[11] According to Miles, a spoken word album by Lawrence Ferlinghetti, which had been recorded and edited, would have been Zapple 4, and a spoken word album by Michael McClure had also been recorded.[10] A planned Zapple release of a UK appearance by comedian Lenny Bruce was never completed. An early 1969 press release also named Pablo Casals as an expected guest on the label. American author Ken Kesey was given a tape recorder to record his impressions of London, but they were never released. Miles also had the intention of bringing world leaders to the label.[8] Zapple was shut down in June 1969 by Klein, apparently with the backing of Lennon.[12]

Also released were the soundtracks to Come Together and El Topo (in the US), the onetime Philles Records compilation Phil Spector's Christmas Album and the multi-artist The Concert for Bangla Desh. Cassette and 8-track tape versions of Bangla Desh were marketed by Columbia Records after a deal that permitted the inclusion of Bob Dylan, a Columbia artist, on the album.

Artists who had considerable success in the pop and rock world after their initial sessions at Apple Records include Badfinger (originally known as the Iveys), James Taylor, Mary Hopkin, Hot Chocolate, Yoko Ono and Billy Preston.

Artists who auditioned to appear on the label, but did not make it, include: 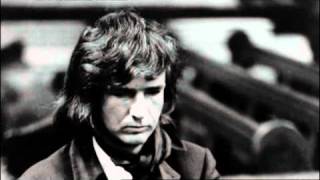 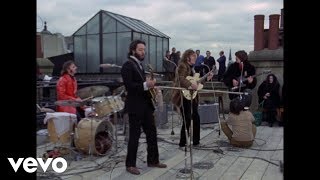 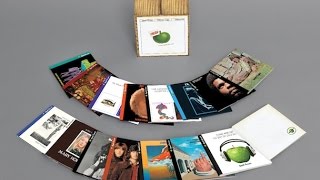 John Lennon on the chaos inside 'Apple records' & losing 50% of the 'Lenono/Mccartney' publishing!!
Watch   Add to List   Share 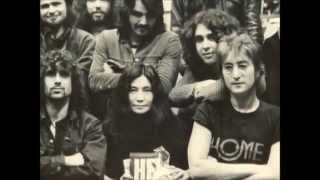 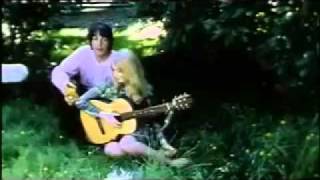 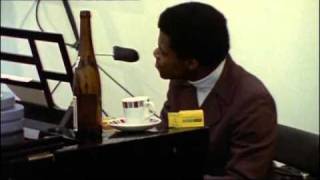 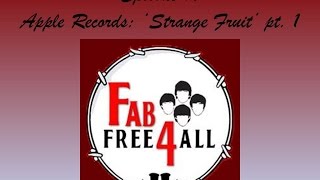 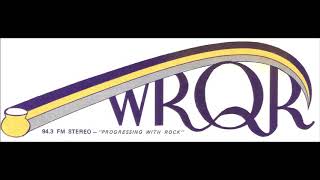