Aspen is the home rule municipality that is the county seat and the most populous municipality of Pitkin County, Colorado, United States.[3][4] Its population was 6,658 at the 2010 United States Census. Aspen is in a remote area of the Rocky Mountains' Sawatch Range and Elk Mountains, along the Roaring Fork River at an elevation just below 8,000 feet (2,400 m) above sea level on the Western Slope, 11 miles (18 km) west of the Continental Divide.

Founded as a mining camp during the Colorado Silver Boom and later named "Aspen" because of the abundance of aspen trees in the area, the city boomed during the 1880s, its first decade of existence. The boom ended when the Panic of 1893 led to a collapse in the silver market, and the city began a half-century known as "the quiet years" during which its population steadily declined, reaching a nadir of fewer than a thousand by 1930. Aspen's fortunes reversed in the mid-20th century when neighboring Aspen Mountain was developed into a ski resort, and industrialist Walter Paepcke bought many properties in the city in the 1950s and redeveloped them. Today it is home to three institutions, two of which Paepcke helped found, that have international importance: the Aspen Music Festival and School, the Aspen Institute, and the Aspen Center for Physics.[5]

In the late 20th century, the city became a popular retreat for celebrities. Gonzo journalist Hunter S. Thompson worked out of a downtown hotel and ran unsuccessfully for county sheriff. Singer John Denver wrote two songs about Aspen after settling there. Both of them popularized Aspen among the counter-cultural youth of the 1970s as an ideal place to live, and the city continued to grow even as it gained notoriety for some of the era's hedonistic excesses (particularly its drug culture).[]

Aspen has some of the most expensive real estate in the United States. It remains a popular tourist destination, with outdoor recreation in the surrounding White River National Forest serving as a summertime complement to the four ski areas in the vicinity.

Silver wire specimens from the historic Mollie Gibson Mine near Aspen The city's roots are traced to the winter of 1879, when a group of miners ignored pleas by Frederick Pitkin, Governor of Colorado, to return across the Continental Divide to avoid a Ute uprising. The Utes were fighting to maintain possession of their land and communities. Originally named Ute City, the small community was renamed Aspen in 1880, and, in its peak production years of 1891 and 1892, surpassed Leadville as the United States' most productive silver-mining district.[6] Production expanded due to the passage of the Sherman Silver Purchase Act of 1890, which doubled the government's purchase of silver. By 1893, Aspen had banks, a hospital, a police department, two theaters, an opera house, and electric lights. Economic collapse came with the Panic of 1893, when President Cleveland called a special session of Congress and repealed the act. Within weeks, many of the Aspen mines were closed and thousands of miners were put out of work. It was proposed that silver be recognized as legal tender and the People's Party (populists) adopted that as one of its main issues. Davis H. Waite, an Aspen newspaperman and agitator, was elected governor of Colorado on the Democratic ticket, but in time the movement failed.

Eventually, after wage cuts, mining revived somewhat, but production declined and by the 1930 census only 705 residents remained. Remaining, however, were stocks of old commercial buildings and residences, along with excellent snow. Aspen's development as a ski resort began in the 1930s when investors conceived of a ski area, but the project was interrupted by World War II. Friedl Pfeifer, a member of the 10th Mountain Division who had trained in the area, returned to the area and linked up with industrialist Walter Paepcke and his wife Elizabeth. The Aspen Skiing Company was founded in 1946 and the city quickly became a well-known resort, hosting the FIS World Championships in 1950. Paepcke also played an important role in bringing the Goethe Bicentennial Convocation to Aspen in 1949, an event held in a newly designed tent by the architect Eero Saarinen. Aspen was then on the path to becoming an internationally known ski resort and cultural center, home of the Aspen Music Festival and School. The area would continue to grow with the development of three additional ski areas, Buttermilk (1958), Aspen Highlands (1958), and Snowmass (1967).

In 1978, Aspen was thoroughly photographed for the Aspen Movie Map project funded by the U.S. Department of Defense. The Movie Map is one of the earliest examples of virtual reality software.[7]

In 1999, the city council passed a resolution to petition the US Congress and President Clinton to restrict US immigration. Aspen residents cited concerns about the environmental impacts of increased immigration on their community, including urban and suburban sprawl, pollution from the older automobiles typically driven by immigrants, and litter accumulating in the mountains attributable to the increasing population. The impetus for the resolution was the increasing number of trailer parks that housed the migrant workers employed locally in the service sector and ski industry. The parks were perceived to be degrading to the town's image, property values, and environment. The move was led by Terry Paulson, an Aspen City Council member, and supported and guided by national groups such as the Carrying Capacity Network, and the Center for Immigration Studies. The resolution was discussed on the American Patrol Report website, contributing to a controversy over whether or not the resolution was racially motivated. Councilman Terry Paulson and some Aspen citizens insisted that it was motivated entirely by environmental concerns.[8]

Aspen is notable as the smallest radio market tracked by Arbitron, ranked number 302. Aspen is a home rule municipality[14] under Colorado law. It has a council-manager government. An elected council of four members and the mayor supervise the city's operations, managed on a day-to-day basis by the city manager, an appointed official who serves at their pleasure. Steve Barwick has been city manager since 1999; Steve Skadron is the mayor.

The city's main office is at City Hall, the former Armory Hall listed on the National Register of Historic Places at the intersection of South Galena Street and East Hopkins Avenue. Because of its expansion in the late-20th century, it has outgrown that space. Several city departments are housed in satellite offices around the city.

The city's character has transformed dramatically in recent decades by skyrocketing property values and the proliferation of second homes, increasingly shutting low- and middle-income workers out of the city and creating a large pool of commuters from nearby bedroom communities such as Snowmass, Basalt, Carbondale, and Glenwood Springs. At the same time, in stark contrast to its historic character, the city has emerged into international fame as a glitzy playground of the wealthy and famous. Aspen has become a second and third home to many international jet-setters. Many people from the U.S. and abroad vacation in Aspen, especially during the winter.[15]

Aspen was the most expensive place to buy real estate in the US in 2011.[17] Aspen is a mixture of high-end luxury estates and condos and single-family homes and mobile home parks. As of March 2011[update], the lowest-priced single-family home on the market was a trailer for $559,000.[18] As of June 2015[update], the median listing price for homes or condos for sale in Aspen is $5,081,388, or $897 per square foot, according to Trulia.[19] It is not uncommon to see listing prices of higher-end homes reach the mid-eight figures.[19] In a 2015 survey of U.S. ski resort towns, Aspen had the second most expensive rentals, with a one-bedroom averaging $1,750.[20] The City of Aspen, along with Pitkin County, operates an extensive affordable housing program, known locally as 'employee housing.' It is administered by the Aspen Pitkin County Housing Authority, which oversees over 4,000 units in the city and county.

According to the United States Census Bureau, the city has a total area of 3.5 square miles (9.1 km2), all land.

Under the Köppen climate classification, Aspen has a humid continental climate (Köppen: Dfb) owing to its high elevation. There is a large diurnal temperature variation between daytime and nighttime temperatures, rendering summer days moderately warm and winter nights very cold for the latitude. Summer lows and winter highs are relatively moderate, with frosts being rare in summer and winter days often averaging above freezing. As of 2012[update], based on data from the 2009-10 school year, according to U.S. News & World Report, Aspen High School, the only high school in the Aspen School District, is the top ranked high school in Colorado and ranked 59th in the United States. The high school has grades 9 to 12, 540 students, and 41 teachers. Olympic cross-country skier Noah Hoffman is a 2007 graduate.

Minorities, mostly Hispanic, make up 13 percent of the school's enrollment. Four percent of the students are economically disadvantaged. The school has a high rate of participation in the International Baccalaureate program.[30]

The Winter X Games sports event has been held in Aspen at Buttermilk (ski area) since 2002. Aspen natives Torin Yater-Wallace and Alex Ferreira are both freestyle skiers who compete in the Winter X Games and have very successful careers. Both Torin and Alex have represented the United States of America in Men's Ski SuperPipe at the Olympic Games. 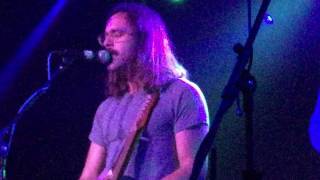 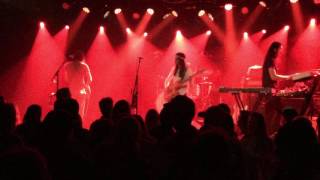 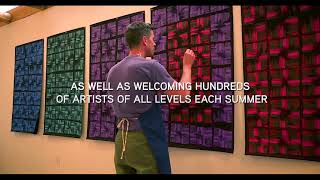 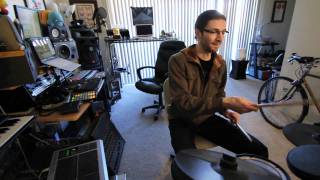 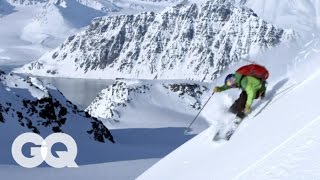 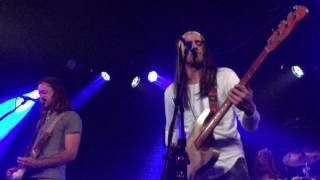 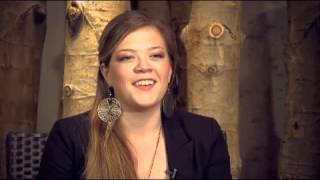 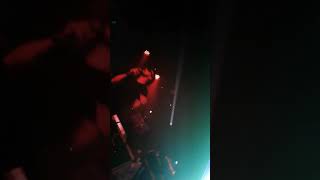 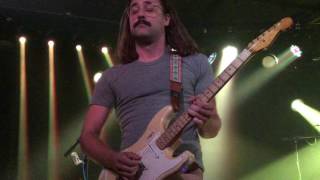 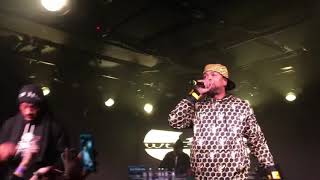 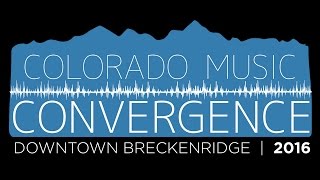 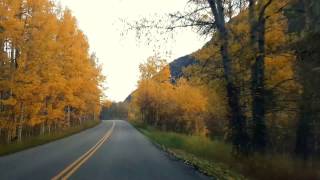 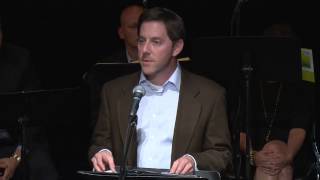 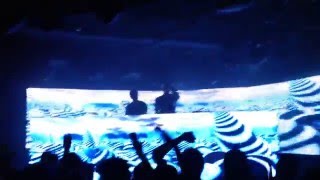 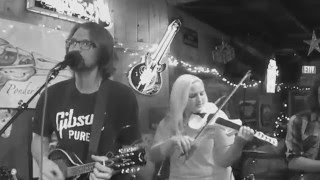 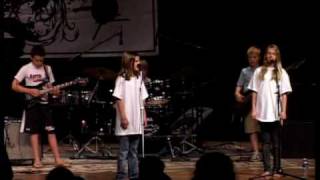 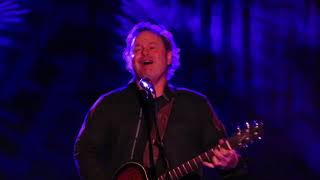