Associated Artists Productions, Inc. (a.a.p.)[2][3] was a distributor of theatrical feature films and short subjects for television. Through acquisitions, Associated Artists Productions' assets were purchased by United Artists, with its library eventually passing to Metro-Goldwyn-Mayer in 1981, following its purchase of United Artists and then Turner Entertainment Co., following its purchase of the pre-1986 assets of Metro-Goldwyn-Mayer and select United Artists assets. Turner Entertainment is now part of WarnerMedia. Though a short lived company, Associated Artists Productions lived a legacy of being best known as the copyright owner of the Popeye, and the color pre-1948 Looney Tunes and Merrie Melodies series of shorts by Paramount Pictures and Warner Bros. respectively, as their logos and trademarks were present at the beginning of each short's 16mm Eastmancolor prints syndicated for television in the 1960s.

Associated Artists was founded in 1948 by Eliot Hyman. It handled syndication of around 500 films, including the Republic Pictures and Robert L. Lippert libraries, but both companies soon entered television distribution. It also served syndication for Monogram Pictures and Producers Releasing Corporation.[1]

In 1951, Hyman sold the company to David Baird's Lansing Foundation, then to the startup company Motion Pictures for Television (MPTV), where Hyman served as a consultant. Hyman also became a partner in Mouline Productions, the producers of Moby Dick, while financing and producing other films and TV projects.[1]

PRM closed the purchase of the entire pre-1950 library owned by Warner Bros. Pictures[5][6][7][8] in February 1956 for $21 million with a.a.p. and its theatrical subsidiary Dominant Pictures handling distribution sales.[9] In December 1956, PRM changed its name to Associated Artists Productions Corp.[10]

a.a.p. also purchased the Popeye cartoons from Paramount Pictures, which had been produced by Fleischer Studios and Famous Studios, in June 1956.[11] This purchase and the Warner Bros. cartoon package combined gave a.a.p. a library of over 568 theatrical cartoon shorts, which would be staples of children's television for many years.

The company was acquired by United Artists (UA) in 1958,[13] with UA borrowing the full amount $27 million from Manufacturers's Trust when a.a.p. shareholders needed cash quickly. The a.a.p. purchase did come with the uncollected accounts' receivable amount around the purchase price.[14] The resulting division was named United Artists Associated, Inc. (u.a.a.). u.a.a. made a deal to distribute Beany and Cecil internationally. With the twin syndicated packages of Looney Tunes/Merrie Melodies and Popeye, u.a.a. took a look at a number of shorts in the a.a.p./pre-1950 WB library that appealed to children and packaged them in a third group known as The Big Mac Show, which has a cartoon wrap around.[15]

The material a.a.p. bought from Warner Bros. Pictures included all of its features produced and distributed by Warner Bros. prior to 1950 (Warner Bros. retained the rights to two 1949 films it only distributed), and also included was the film Chain Lightning (produced in 1949 and released in 1950). Also included were the live-action short subjects released prior to September 1, 1948.

In 1969, the United Artists Corporation presented to the Library of Congress the earliest surviving preprint material from the pre-1950 film library of Warner Bros. (including First National library). The collection contains 200 silent features (1918-29), 800 sound features (1926-50), 1,800 sound shorts (1926-48), and 337 Looney Tunes and Merrie Melodies shorts (1931-48). While consisting largely of Warner Bros. releases, the collection includes nearly two hundred sound features released by Monogram Pictures Corporation between 1936 and 1946 and 231 Popeye cartoons produced by Fleischer Studios and Famous Studios released between 1933 and 1957. Most motion pictures exist in the original black-and-white/Technicolor camera negatives. The Library is converting the nitrate film to safety stock and has obtained reference prints for seventy of the better known Warner Bros. features, such as Gold Diggers of 1935 (1935), High Sierra (1941), I Am a Fugitive from a Chain Gang (1932), The Jazz Singer (1927), and Little Caesar (1930). There are no United Artists films (such as James Bond and The Pink Panther franchise; these are owned by Metro-Goldwyn-Mayer) in the United Artists Collection. The early synchronized sound Vitaphone shorts are lacking accompanying sound discs.

This is a large collection of nitrate negatives and masters, which are still undergoing transfer to acetate stock. Most of the safety film copies exist only in the preservation master stage, limiting accessibility for viewing and duplication. Some years ago, LC obtained 16mm prints (though many are television prints, flat in picture quality and occasionally edited) for pre-1950 Warner Bros. features (among the most popular of all American films). Additional prints have been added to the collection, ranging from "reject fine grain master positives" (copies made for preservation but deemed inadequate) suitable for reference use, to high-quality 35mm prints reserved for theatrical projection. United Artists also donated 16mm prints of most of the Warner Bros. and Monogram films to the Wisconsin Center for Film and Theater Research, such as My Four Years in Germany (1918),[16]Conductor 1492 (1924), Midnight Lovers (1926) and Joe Palooka in Triple Cross (1951).

Titles and holdings are listed in the various M/B/RS catalogs. There are a number of published reference books on Warner Bros. films.[17] Copyrights are still in effect for most of the films in this collection; a donor restriction also applies. United Artists has passed through various hands, but current ownership of this material resides with Turner Entertainment Co.

Metro-Goldwyn-Mayer purchased United Artists (along with the a.a.p. library) from Transamerica Corporation in 1981 and became MGM/UA Entertainment Co.

The rights to Alfred Hitchcock's 1948 film Rope, originally distributed by Warner Bros. (with MGM) and later copyrighted by UATV, reverted to the director in 1968. Distribution rights were later acquired by Universal Pictures in 1983.

Turner Broadcasting System (via Turner Entertainment Co.) took over the library in 1986 after Ted Turner's short-lived ownership of MGM/UA. When Turner sold back the MGM/UA production unit, he kept the MGM library, including select portions of the a.a.p. library (limited to the Warner Bros. films and the Popeye cartoons), for his own company. The 1936-1946 Monogram films were not included with the purchase, and thus some of these films remain with MGM.

The Warner Bros. film libraries were reunited when Time Warner (now WarnerMedia), the studio's parent company since the 1990 merger of Time Inc. and Warner Communications (formerly Kinney National Company), bought Turner in 1996. Turner remains the copyright owner in name only to the former Associated Artists Productions properties, while WarnerMedia handles their distribution.

UA originally leased video rights to their library (including the a.a.p. library) to Magnetic Video, the first home video company. Magnetic Video was sold to 20th Century Fox in 1982, becoming 20th Century-Fox Video. In 1982, Fox and CBS formed CBS/Fox Video, which continued to distribute the UA/a.a.p. library under license from MGM/UA Home Video until the rights reverted to MGM/UA. After Turner's purchase of the MGM/UA library, MGM/UA Home Video continued to distribute the films on video under license until 1999. MGM/UA paid Time Warner US$225 million to end their contract of distributing the Associated Artists Productions library early.[18] The rights to distribute were then transferred to Warner Home Video in 2000. Laboratory in Brooklyn to Consolidated Labs in N.J. thus avoiding the New York sales tax on the purchase. Subsequently the negatives were split up between several labs in the NY area including DuArt, Mercury, Deluxe and CFI. Each lab made new acetate 16mm internegatives and re-recorded sound tracks. Some of the color films were in Technicolor and, as was Technicolor's policy, they held the 3 color negatives and mage prints. TV stations used 16mm prints for their telecasting and each lab made the prints for the titles they held.

These same prints would be the ones used on pre-1999 VHS and laserdisc releases of former a.a.p.-owned films. The a.a.p. versions of these films were also later used for cable television broadcasts (even as recently as March 2011, a.a.p. prints of WB cartoons have been seen on TV). Early releases of WB films released between 1918-1931 bore an a.a.p. copyright renewal notice, since these renewals came before the UA purchase, however those copyrights have since been reassigned to Turner.[19]

In 1995, Turner began removing the a.a.p. logos from many of the films (although this process started before that by both UA and local television stations). With the a.a.p. logos being removed, Turner also began creating "dubbed versions" that same year, which are available in American and European formats and most had altered ending cards and color borders in the opening titles for the print given, which they kept, for the Warner Bros. cartoons. These "dubbed" prints attempted to make the material look better with whatever prints they had access to, though some ended up looking worse. One hundred twenty-three of the Warner Bros. cartoons purchased by a.a.p. were restored from their original negatives for inclusion in Warner Home Video's series of six Looney Tunes Golden Collection DVD box sets. Several more WB cartoons formerly owned by a.a.p. have been restored for other Looney Tunes DVD releases since 2010. The black and white Popeye cartoons (and the three Color Specials) were also restored from their original negatives for a series of three Popeye the Sailor DVD sets.[20] 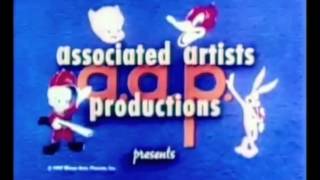 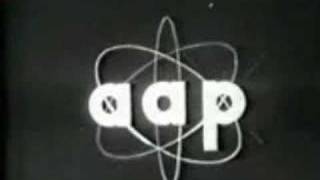 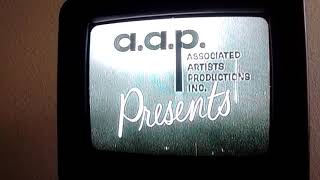 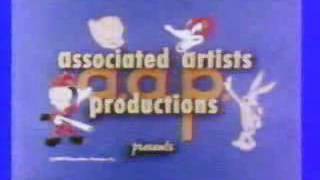 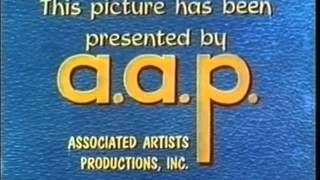 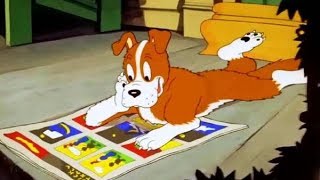 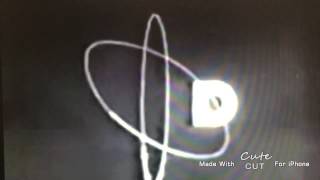 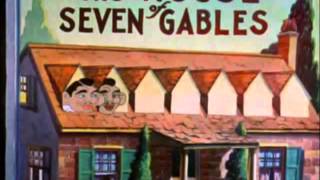 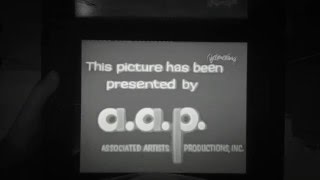 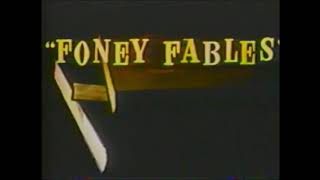 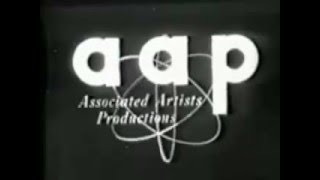 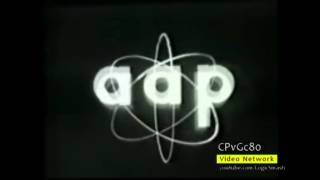 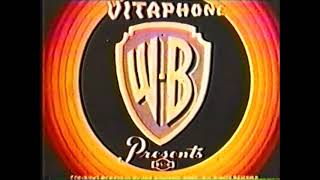 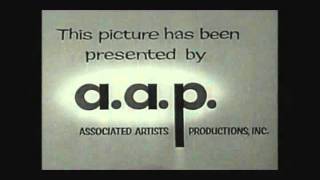 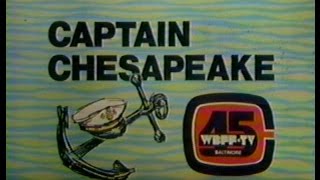 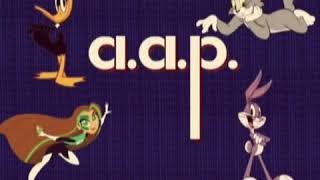 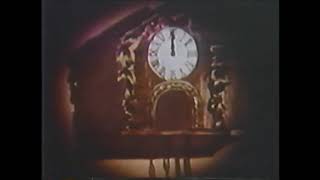 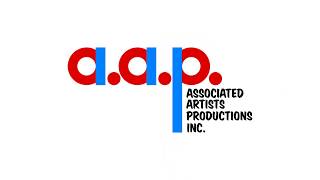