What is now Belmar was originally incorporated as Ocean Beach borough by an act of the New Jersey Legislature on April 9, 1885, from portions of Wall Township, based on the results of a referendum held two days earlier. On April 16, 1889, it became the City of Elcho borough, which lasted for a few weeks until the name was changed to the City of Belmar Borough as of May 14, 1889. The city acquired its current name, Borough of Belmar, on November 20, 1890.[21] The borough's name means "beautiful sea" in Italian.[22]

As of the 2000 Census, 28.2% of Belmar's residents were of Irish ancestry, the 12th highest of any municipality in New Jersey, for all communities in which at least 1,000 people listed their ancestry.[35]

Panorama of Belmar's beach from 9th Ave. and Ocean Ave.

Belmar is a popular vacation destination because of its natural and recreational resources and close proximity to New York and Philadelphia. It features wide beaches for sunbathing, surfing, swimming, and fishing. The boardwalk and town offer shops, restaurants, an active arts scene, sporting events, festivals, and a variety of family-oriented activities (see "Annual Events" below). Belmar sits on the south side of the Shark River and boasts a large municipal marina in the bay and on the inlet itself, including the only private marina in town, Seaport Inlet Marina.

Belmar beach (as well as those of municipalities to the south, such as Manasquan and Point Pleasant) is among the most popular surf spots on the East Coast. Belmar frequently hosts surfing events and competitions. Along with surfing, Belmar also has an active skate community and skatepark constructed by American Ramp Company.[36] The Jersey Shore Basketball League, a competitive summer basketball league, takes place at St. Rose High School every summer.[37]

The Belmar Arts Council (BAC) sponsors regular art shows, workshops, concerts, and performances year around. BAC's gallery and workshop, the Boatworks, is located at 608 River Road, Belmar, around the corner from Klein's Seafood Restaurant near the Shark River Inlet.[38]

Under the version of the Small Municipality Plan form applicable to Belmar, the Borough Council is comprised of four members who are elected for staggered, three-year terms at partisan elections each year as part of the November general election, with either one or two seats up for vote in a three-year cycle. The Mayor is directly elected by the voters for a four-year term and serves as Belmar's chief executive officer, overseeing the day-to-day operations of the Borough. The Mayor sits as a member of the Council, chairs Council meetings and is able to vote as a member of the Council, but has no veto over the Council's actions.[41]

Monmouth County is governed by a Board of Chosen Freeholders consisting of five members who are elected at-large to serve three year terms of office on a staggered basis, with either one or two seats up for election each year as part of the November general election. At an annual reorganization meeting held in the beginning of January, the board selects one of its members to serve as Director and another as Deputy Director.[59] As of 2020[update], Monmouth County's Freeholders are Freeholder Director Thomas A. Arnone (R, Neptune City, term as freeholder ends December 31, 2022; term as freeholder director ends 2021),[60] Freeholder Deputy Director Susan M. Kiley (R, Hazlet Township, term as freeholder ends December 31, 2021; term as deputy freeholder director ends 2021),[61]Lillian G. Burry (R, Colts Neck Township, 2020),[62] Nick DiRocco (R, Wall Township, 2022),[63] and Patrick G. Impreveduto (R, Holmdel Township, 2020)[64]. The Belmar School District serves students in public school for pre-kindergarten through eighth grade at Belmar Elementary School.[79] As of the 2018-19 school year, the district, comprised of one school, had an enrollment of 471 students and 51.6 classroom teachers (on an FTE basis), for a student-teacher ratio of 9.1:1.[80] The district also serves students from Lake Como who attend as part of a sending/receiving relationship.[81] The school was constructed in 1909 and has had additions built in 1929, 1949, 1969 and 1993. There are 61 certified staff members, including the district's administrators, teachers, nurses and child study team personnel, with an additional 12 paraprofessionals. The single school facility is two schools in one, a primary school for PreK-5 and a middle school structure for 6-8.[82]

Belmar is home of St. Rose High School, which was established in 1923 by the local parish and the Sisters of St. Joseph, and operates under the auspices of the Roman Catholic Diocese of Trenton.[92][93]

Mesivta Keser Torah of Central Jersey, a yeshiva and high school for men that serves Haredi students mainly from Lakewood, Deal and Brooklyn, has existed since the 1920s.[94]

The Belmar Public Library, one of New Jersey's original 36 Carnegie libraries is in need of repairs and may be consolidated into the town's borough hall, and possibly join the Monmouth County Library system. The building may be demolished or possibly relocated from the intersection made famous by the E Street Band.[95]

Route 35 and Route 71 are the two main roads that pass through Belmar. The closest limited access roads are all in neighboring Wall Township: Route 18, the Garden State Parkway and Interstate 195.

NJ Transit provides rail transportation at the Belmar station[97] to and from Penn Station in Midtown Manhattan, Newark Penn Station and Hoboken Terminal on the North Jersey Coast Line.[98] New Jersey Transit also provides bus transportation between Belmar and Philadelphia on the 317 route and service on the 830 route.[99]

The intersection of E Street & 10th Avenue in Belmar, which inspired Bruce Springsteen's naming of the E Street Band

In August 2008, the borough established a Sister City relationship with Balbriggan, a town of nearly 16,000 in County Dublin, Ireland.[104]

According to the A. W. Kuchler U.S. potential natural vegetation types, Belmar, New Jersey would have an Appalachian Oak (104) vegetation type with an Eastern Hardwood Forest (25) vegetation form.[114]

People who were born in, residents of, or otherwise closely associated with Belmar include: 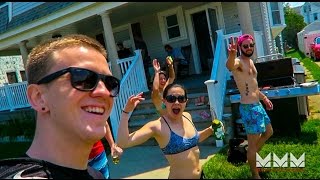 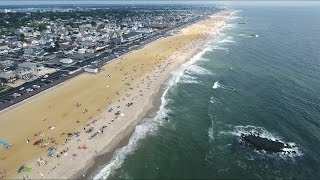 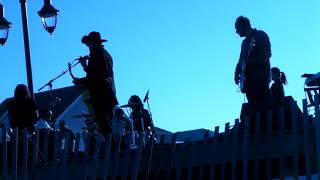 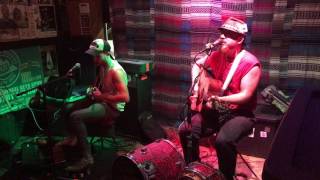 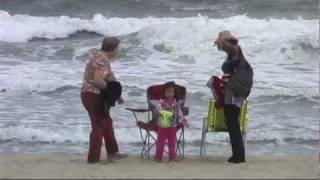 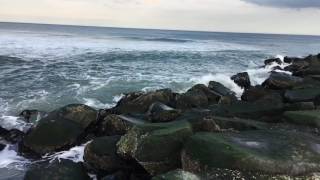 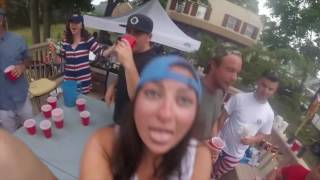 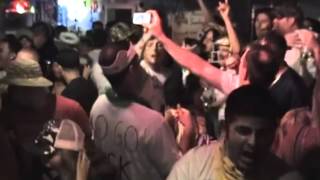 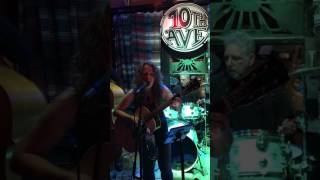 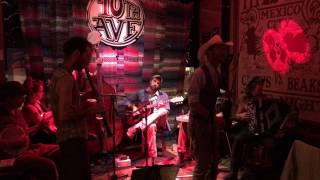 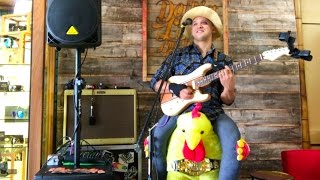 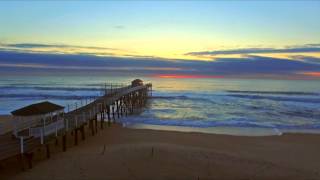 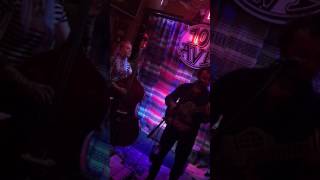 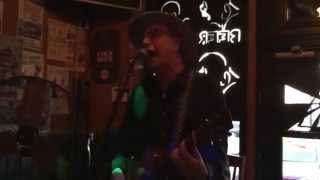 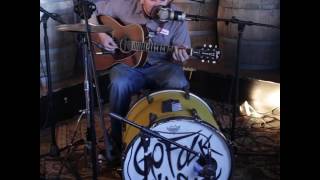