Benicia ( b?-NEE-sh?; b?-NI-sh?; Spanish pronunciation: [be'nisja]) is a waterside city in Solano County, California, located in the North Bay region of the San Francisco Bay Area. It served as the state capital for nearly thirteen months from 1853 to 1854. The population was 26,997 at the 2010 census. The city is located along the north bank of the Carquinez Strait. Benicia is just east of Vallejo and across the strait from Martinez. Elizabeth Patterson has served as Mayor of Benicia since 2007.

The town is divided into four areas: the East Side (east of First Street), the West Side (west of First Street), Southampton (north of Interstate 780), and the industrial park. Most of the town's older homes are on the east and west sides. Southampton contains primarily single-family housing developments and condominiums, most of which were built between 1970 and 2000. The East Side includes the Benicia Arsenal, a former United States Army armory, which was bought by the city and is now used for a variety of purposes, most notably as live-work spaces for artists. The Arsenal is home to several historic (ca. 1860) landmark buildings such as The Clocktower, the Camel Barn, and the Lieutenant's Quarters (currently known as Jefferson Street Mansion).[9] The industrial park lies to the northeast of the residential areas of the city, and includes the Valero oil refinery. The Benicia State Recreation Area is on the far west edge of the city.

The main retail area in Benicia is First Street, which attracts out-of-town antique and boutique shoppers and those seeking small-town, historic charm. In 1987 Benicia was selected to participate in the California Main Street Program.[10]

Connections to Benicia include Interstate 680 from Martinez to the south and Cordelia Junction (Fairfield) to the north, and Interstate 780, Columbus Parkway, and other local roads from Vallejo to the west. Amtrak also runs through the city north towards Sacramento, but the nearest train station lies in Martinez across the Carquinez Strait. Railroad tracks carrying Amtrak and Union Pacific Railroad lines cross the strait alongside the Benicia-Martinez Bridge.

The City of Benicia was founded on May 19, 1847, by Dr. Robert Semple,[11]Thomas O. Larkin, and Comandante General Mariano Guadalupe Vallejo, on land sold to them by General Vallejo in December 1846. It was named for the General's wife, Francisca Benicia Carillo de Vallejo. The General intended that the city be named "Francisca" after his wife, but this name was dropped when the former city of "Yerba Buena" changed its name to "San Francisco," so her second given name was used instead. In his memoirs, William Tecumseh Sherman contended that Benicia was "the best natural site for a commercial city" in the region.[12] It is said that in 1848 first word of gold found at Sutter's Mill was leaked at a Benicia Tavern thus starting the Gold Rush. Benicia became a way station on the way to the Sierras.[13]

Benicia was the third site selected to serve as the California state capital, and its newly constructed city hall was California's capitol from February 11, 1853, to February 25, 1854. Soon after the legislature was moved to the courthouse in Sacramento, which has remained the state capital ever since. The restored capitol is part of the Benicia Capitol State Historic Park, and is the only building remaining of the state's early capitols, which were in San Jose and Vallejo. Benicia was also the county seat of Solano County until 1858, when that was moved to Fairfield.

The original campus of Mills College was founded in Benicia in 1852 as the Young Ladies Seminary, and was the first women's college west of the Rocky Mountains. Before moving to Oakland in 1871, it was located on West I Street, just north of First Street.

On June 5, 1889, the legendary prize fight between James J. Corbett and Joe Choynski was held on a barge off the coast of Benicia. The match lasted 28 rounds, and is now commemorated by a plaque near Southampton Bay.

From 1860 to 1861, Benicia was indirectly involved in the Pony Express. When riders missed their connection with a steamer in Sacramento, they would continue on to Benicia and cross over to Martinez via the ferry.[14] One of the earliest companies in California, the Pacific Mail Steamship Company, established a major shipyard in Benicia in the 19th century. The prolific shipbuilder Matthew Turner formed the Matthew Turner Shipyard at Benicia in 1883. Benicia became an important wheat storage and shipping site. It was also the site of the United States Army's Benicia Arsenal.

Railroad connections to Benicia in 1885

In 1901, the world's first long-distance powerline crossing over Carquinez Strait was built. After California's wheat output dropped in the early 20th century and especially after the Southern Pacific (which took over the operations of the Central Pacific) constructed a railroad bridge at Martinez in 1930 to replace the ferry crossing, Benicia declined until the economic boom of World War II, which doubled the population to about 7,000 residents.

A major fire on March 22, 1945, destroyed a half-block of businesses, including the nearly-century-old "old brewery", and the Solano Hotel, with flames briefly threatening the old state capitol, now a historical landmark. A roof fire was quickly extinguished and the structure was not badly damaged. Losses were estimated at $125,000.[16]

Two developments in the early 1960s would completely change Benicia: The closing of the Benicia Arsenal in 1960–64, and the completion of the Benicia-Martinez Bridge in 1962. The closing of the Arsenal removed Benicia's traditional economic base, but allowed city leaders to create an industrial park on Arsenal land which eventually provided more revenue for the city than the Army had. The completion of the Benicia-Martinez Bridge made it possible for the city to become a suburb of San Francisco and Oakland, and suburban development in the Benicia hills began in the late 1960s.

On December 20, 1968, near the Benicia water pumping station on Lake Herman Road, the Zodiac Killer made his debut by killing Vallejo natives David Faraday and Betty Lou Jensen as they rested or "necked" in Faraday's car. Near the same area on July 4 of the following year, the killer struck again, killing Darlene Elizabeth Ferrin and injuring Michael Mageau at the Blue Rock Springs Park in Vallejo, immediately next to Benicia.

Northeast of the town's residential areas an oil refinery was built and completed in 1969 by Humble Oil (later Exxon Corporation). The refinery was later bought by Valero Energy Corporation, a San Antonio-based oil company, in 2000.

There is a farmers' market on Thursday evenings during the summer months April through October. According to the Benicia Main Street commerce organization, this tradition began in 1992.

Arts Benicia is a community-based non-profit organization whose mission is to stimulate, educate, and nurture cultural life in Benicia primarily through the visual arts. They provide exhibitions, educational programs, and classes that support artists and engage the broader community.

The organization offers dynamic year-round art exhibitions and public art openings, the Benicia Artists Open Studios event in the spring, the Annual Benefit Art Auction in the fall, various special projects, and quarterly art classes for adults and kids. It is located in the Benicia Arsenal at 991 Tyler Street, Suite 114. Gallery hours are Thursday-Sunday, 12:00-5:00 PM during exhibitions; gallery admission is free to the public.[17]

Arts in the Park

Arts in the Park is an annual summer art celebration held in Benicia City Park.[18]

One of the largest street fairs in Northern California, this outdoor event began in 1963 with a few collectable and antique stores displaying their items on tables outside St. Paul's Church. Today, over 300 antique and collectable dealers as well as other vendors display their wares in booths that span approximately 11 blocks of First Street. Unverified sources cite attendance in 2006 at approximately 20,000. This event is sponsored by St. Paul's Episcopal Church in Benicia.[19]

Picnic in the Park & Fireworks

On July 4, there is a large community picnic at Benicia's City Park traditionally starting at noon. Shortly after dark (approximately 9pm), there is a fireworks display that originates at the foot of First Street.

Benicia is an active sailing community. In addition to individual sailing out of the Benicia Marina, there are several organized events and competitions. During the summer months, there is a yacht racing competition on Thursday evenings sponsored by the Benicia Yacht Club. The Yacht Club co-sponsors the annual Jazz Cup regatta with the South Beach Yacht Club, and also sponsors a Youth Sailing Program that offers extensive training.

On the fourth Sunday in July, the Portuguese community in Benicia celebrates the feast of the Holy Ghost, continuing a devotion established by the Queen St. Isabel of Portugal, who was noted for her care for the poor. The festival starts with a parade to St. Dominic's Church followed by Mass, followed by an auction and a dance. The Holy Ghost Parade celebrated 100 years in Benicia in 2007.[20]

The Census reported that 99.9% of the population lived in households and 0.1% lived in non-institutionalized group quarters.

According to the City's 2011 Comprehensive Annual Financial Report,[27] the top employers in the city are:

Benicia has no transit by train, but offers bus transportation through SolTrans and SolanoExpress. The Benicia-Martinez Bridge provides an automobile and rail link over Carquinez Strait, as well as bicycle and pedestrian lanes which opened in August 2009.[28] Two blocks from the main downtown district, the Benicia Marina is a full-service marina, offering a fuel dock, pump-out station, launch ramp, general store, laundry, restrooms and showers.[29]

Benicia has one sister city.[34] 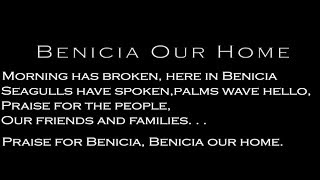 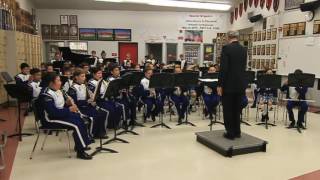 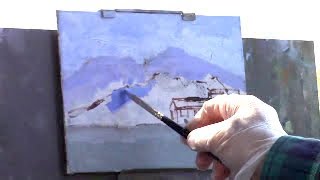 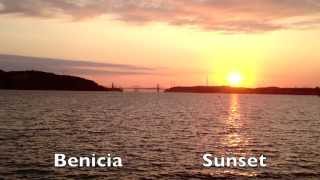 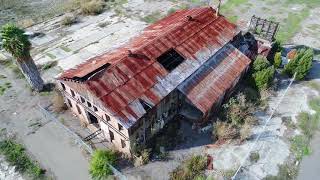 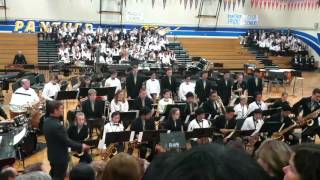 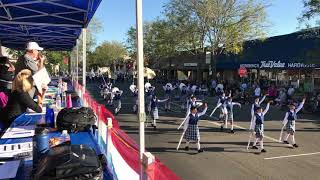 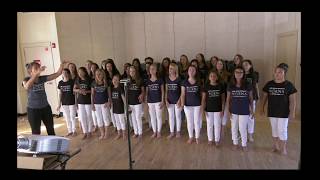 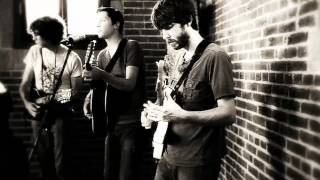 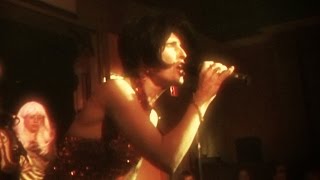 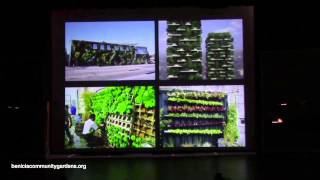 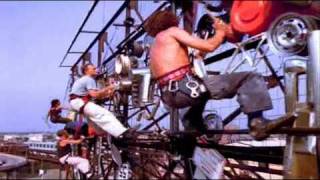 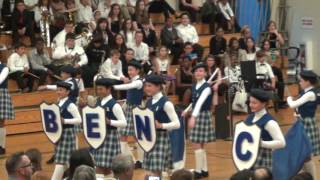 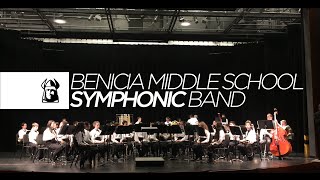 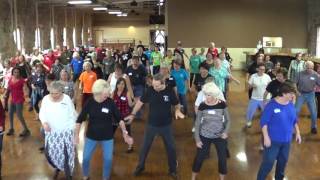 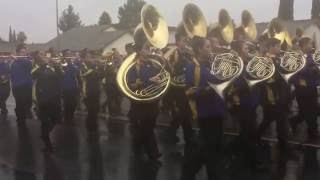 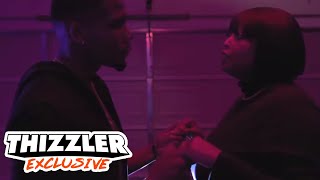 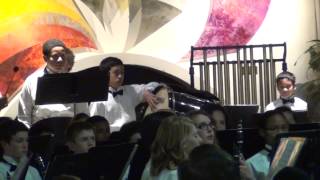 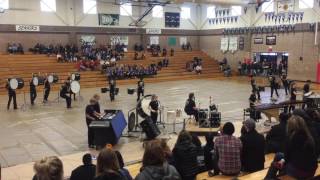 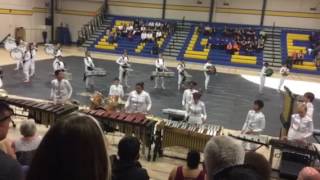