Big Spring is a city in and the county seat of Howard County, Texas, United States, at the crossroads of U.S. Highway 87 and Interstate 20. With a population of 27,282 as of the 2010 census,[3] it is the largest city between Midland to the west, Abilene to the east, Lubbock to the north, and San Angelo to the south. Big Spring was established as the county seat of Howard County in 1882; it is the largest community in the county.

The city took its name from the single, large spring that issued into a small gorge between the base of Scenic Mountain and a neighboring hill in the southwestern part of the city limits. Although the name is sometimes still mistakenly pluralized, it is officially singular. "To the native or established residents who may wince at the plural in Big Spring, it should be explained that until about 1916, when for some unexplained reason the name dropped the final 's', the official name of the town was indeed Big Springs."[5] The area had long been a popular watering hole for Native American residents and nomads, including members of the more recently established Jumano, Apache, and Comanche tribes. The first European to view the site was probably a member of a Spanish expedition exploring the Great Plains from New Mexico. During the 1840s and 1850s Big Spring was often where Comanches assembled and organized themselves before departing on large-scale raids into northern Mexico during the Comanche-Mexico Wars.[7]

Captain Randolph B. Marcy's expedition in 1849 was the first United States expedition to explore and map the area.[8] Marcy marked the spring as a campsite on the Overland Trail to California. The site began to collect inhabitants, and by the late 1870s a settlement had sprung up to support buffalo hunters who frequented the area. The original settlement consisted largely of hide huts and saloons. Ranching quickly became a major industry in the area; early ranchers included F.G. Oxsheer, C.C. Slaughter, and B.F. Wolcott.[9]

One notable early rancher was Briton Joseph Heneage Finch, the Seventh Earl of Aylesford. Finch purchased 37,000 acres (150 km2) of ranchland in the area in 1883, and is credited with building Big Spring's first permanent structure, a butcher's shop.[10]

The completion of the Texas and Pacific Railroad led to the founding in the early 1880s of Abilene, Colorado City, and Big Spring, three railroading and ranching cities where saloons and gambling dens flourished.

Big Spring was featured in the 1969 film Midnight Cowboy, which starred Dustin Hoffman and Jon Voight, and received the Academy Award for Best Picture of 1969. The opening scenes featuring Voight, then a relatively unknown actor, playing the character Joe Buck, were filmed in Big Spring and the neighboring city of Stanton.

In 1980, Hollywood returned to Big Spring with the filming of Hangar 18,[11] a low-budget science-fiction movie about a space shuttle's collision with an alien spacecraft and the ensuing government cover-up. Several local residents were used as on-screen extras.[12]

Big Spring is the location for the opening scene of the Robert Rodriguez film From Dusk Till Dawn.

In 1999, a New York energy company erected the first 80-meter tower for one of North America's largest wind turbines for that time at Big Spring.[13][14]

The FAI World Hang Gliding Championship was hosted by Big Spring in August 2007.

Origin of the name "Big Spring"

The area's "big spring", long dry but recently modified to draw water from Comanche Trail Lake, was of major importance to all life in the surrounding area. In the early 1840s, it was the center of a territorial dispute between Comanche and Pawnee tribes, and has been a major watering hole for wildlife and prehistoric people in this semiarid area.[15] Early military scouting reports and pioneer accounts describe the water as cold, clear, and dependable; the spring pool was about 15 ft (5 m) deep, with the overflow going only a short distance down the draw before it sank beneath the surface. The spring has mistakenly been described in other writings as being located in Sulphur Draw. It is actually located to the south, near the top of a small, rugged, unnamed draw running eastwards from the spring, and is itself a tributary to Beal's Creek, the name given to Sulphur Draw as it flows into, through, and past the city of Big Spring.

Long used by regional inhabitants, both permanent and nomadic, with a large number of locally collected artifacts testifying to its heavy occupation, the spring sat astride the several branches of the later-developed Comanche War Trail as they converged on this important water hole from beyond Texas, coming south across the Northern Plains and the Llano Estacado. From the Big Spring, the war trail continued south via three branches, one to the southeast through the western part of the Concho country; one going almost due south, heading for Castle Gap and Horsehead Crossing on the Pecos River; and one heading west to Willow Springs in the sand country southwest of present Midland, before turning south down the Pecos, all headed ultimately for Mexico. As whites began to settle the western territories, the spring continued to serve as a major watering place on the southern route of the Gold Rush Trail of the early 1850s and continued in use well beyond that time, as the cross-continental trail turned into a major road for later pioneers coming into the area.

The spring was sourced from a relatively small aquifer situated on the northern end of the Edwards Plateau and the southern end of the High Plains, being, structurally, a collecting sink of lower Cretaceous (Fredericksburg) limestones and sands.[15] The spring aquifer held a large quantity of water due to the great number of fractures, solution channels, and interstices in the rocks and underlying sands, although the areal extent of the Big Spring sink is estimated to be only 1 mi (2 km) in diameter, with the main area only 3,000 ft (914 m) wide and almost circular, with some ellipticity trending towards the west. The Cretaceous beds subsided about 280 ft (85 m) below their normal position, centered on the southeast quarter of Section 12, Block 33 T1S; T&P RR Co survey, and the entire stratum appears to be preserved within the sink, the surface topography roughly following the subsurface subsidence.[16] This writing identifies the sink as one of a number of similar subsurface geologic features in the surrounding area, differing from the Big Spring sink only in the fact that the surface topography above the others, while showing some decline, does not dip low enough to intersect the top of the water tables; hence, no springs could form from the other aquifers. In a passing comment, enigmatic in its content and disappointing in its brevity, the report states no other comparable deep sinks formed elsewhere on the Edwards Plateau.

The same publication suggests the spring's discharge volume was in excess of 100,000 U.S. gallons (378,541 L) per day at the time of the railroad's arrival in the area in the late 1880s. The water was heavily mined by wells built by both the railroad and the early town of Big Spring, greatly in excess of its modest recharge rate, until the water table first dropped below the level of the spring outlet, and, finally, was completely depleted by the mid-1920s. The city now artificially fills the spring from its current source of water as a means of allowing residents and visitors to maintain some idea of how it appeared in times past.

Big Spring is located slightly south of the center of Howard County in the valley of Beals Creek, an east-flowing tributary of the Colorado River. Interstate 20 runs through the northern side of the city, with access from exits 174 through 182. I-20 leads east 108 miles (174 km) to Abilene and west 40 miles (64 km) to Midland. U.S. Route 87 (Gregg Street) runs through the center of Big Spring, leading north 106 miles (171 km) to Lubbock and southeast 86 miles (138 km) to San Angelo.

Big Spring is the site of several major hang-gliding championship tournaments, including the U.S. Hang Gliding Nationals.[19] The city was also the site for the filming of parts of Midnight Cowboy and Hangar 18.[20]

The Big Spring Heritage Museum contains pioneer and indigenous artifacts, art exhibits, and the largest collection known of Texas Longhorn steer horns. Its rare and unusual phonographs include models by Thomas A. Edison. It also houses a large collection of dolls. The museum is located at 510 Scurry; an admission fee is charged.[21]

The picnic pavilion at Big Spring State Park was built by the Civilian Conservation Corps in the 1930s.

Following the 2011 redistricting, Howard County is represented in the Texas House of Representatives by the District 72 Republican Drew Darby of San Angelo.

The Texas Department of Criminal Justice operates the Big Spring District Parole Office in the city.[29]

The Texas Department of State Health Services operates a 200-bed psychiatric hospital, opened in 1939. The hospital has reduced its number of beds over the years, but remains one of the largest employers in Big Spring.[] 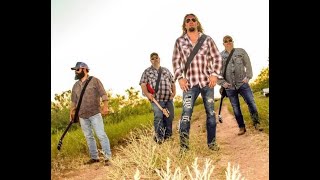 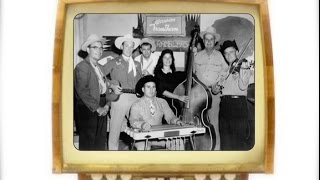 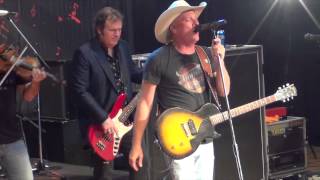 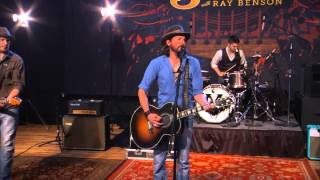 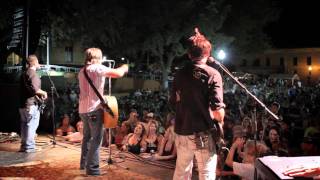 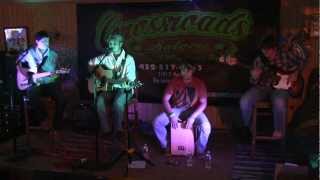 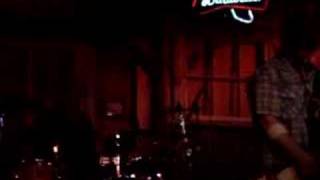 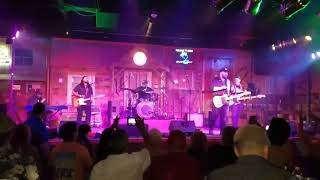 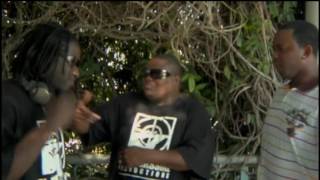 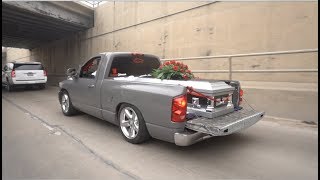 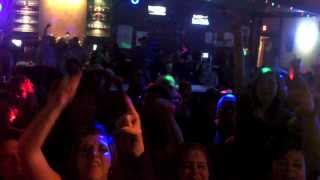 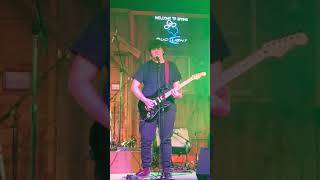 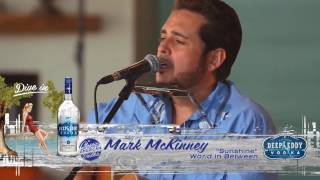 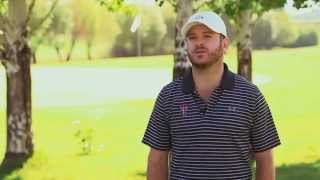 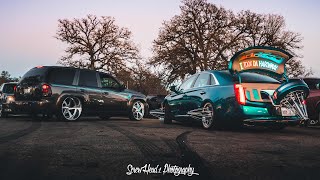 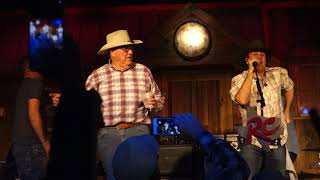 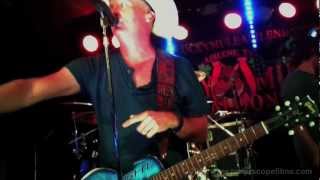 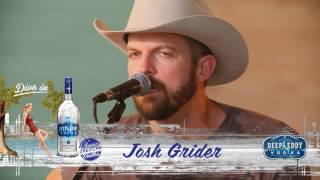 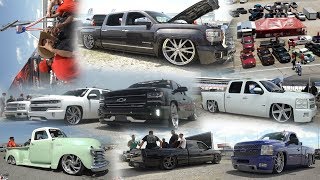