Blackfeather are an Australian rock group which formed in April 1970. The band has had numerous line-ups, mostly fronted by founding lead singer, Neale Johns. An early heavy rock version recorded their debut album, At the Mountains of Madness (April 1971), which peaked at number seven on the Go-Set Top 20 Albums chart. It provided the single, "Seasons of Change" (May 1971), which was co-written by Johns with lead guitarist, John Robinson. In July 1972 a piano-based line-up led by Johns issued an Australian number-one single, "Boppin' the Blues", which is a cover version of the Carl Perkins' 1956 single.

Blackfeather formed in April 1970 in Sydney by Leith Corbett on bass guitar, Mike McCormack on drums, and John Robinson on lead guitar (all from the Dave Miller Set), plus lead vocalist, Neale Johns.[1][2][3] Robinson recalled meeting Johns, "a small guy with a huge voice, Neale was very taciturn. He was into the blues and had excellent range."[2] Their name was derived from two found suggested in a book, "Whitefeather" and "Heavyfeather".[2] Corbett and McCormack left soon after, replaced by Robert Fortesque on bass guitar and Alexander Kash on drums.[1][3] Corbett subsequently reunited with singer Dave Miller to record a duo album, Reflections of a Pioneer. Johns and Robinson wrote or co-wrote the band's original material.[2]

Blackfeather became a popular hard rock group in Sydney and Melbourne and signed with Festival Records' newly founded progressive subsidiary, Infinity Records.[1] They recorded their debut album, At the Mountains of Madness (April 1971) with co-production by Robinson and Richard Batchens (The Cleves).[1][3] The album peaked at number seven on the Go-Set Top 20 Albums chart.[4] Australian musicologist, Ian McFarlane, felt it "remains a highly regarded progressive rock album, highlighted by Robinson's fluid, inventive guitar technique and a swag of adventurous songs."[1]

At the Mountains of Madness included the track, "Seasons of Change", co-written by Johns and Robinson.[1][5] During recording, in late 1970, Robinson asked members of the group Fraternity, John Bissett and Bon Scott, to contribute to the album.[1][2] Neale and Robinson gave Fraternity "Seasons of Change" to record as a single, with Scott on lead vocals.[1][2] That group relocated to Adelaide and released it in March 1971, which peaked at number one on the local charts.[1][2] Robinson had a verbal agreement with Infinity's David Sinclair that their label would not release the original Blackfeather version to compete with it.[2] As soon as Fraternity's version began charting in Adelaide, Festival rush-released the Blackfeather variety as a single.[2] It reached number 15 on the Go-Set National Top 40, charted for 16 weeks and was listed at number 40 on Go-Sets top singles for 1971.[6]

Despite their success internal frictions escalated and there were further line-up changes. By August 1971 the line-up was Neale, Robinson, Harry Brus (ex-Dave Miller Set, Jeff St John's Copperwine) on bass guitar and Steve Webb on drums.[1][3] Johns and Robinson parted ways and each fronted their own version of Blackfeather.[1] Their former manager, Peter Conyngham of Nova Agency, had registered the Blackfeather name and thus owned its rights.[1] He favoured the Johns-led variety with Jim Penson on drums, Warren Ward on bass guitar, Paul Wylde on piano and Alex "Zac" Zytnick (ex Tamam Shud) on lead guitar.[1][3] The Robinson-led group included Brus and Webb; they struggled on as a trio for a short time before disbanding.[1] Robinson worked with a studio group, Duck, in 1972 and then issued a solo album, Pity for the Victim (1974).[1] He retired from performing in the 1980s and became a teacher and composer.

In early 1972 Blackfeather with Johns, Ward and Wylde were joined by Billy Taylor (ex-Flake) on lead guitar.[1][3] With Gil Matthews (of Billy Thorpe and the Aztecs) guesting on drums they recorded a cover version of Carl Perkins' 1956 single, "Boppin' the Blues" (July 1972).[1][2] It became a number-one hit in Australia in October for four weeks.[7] In September of that year a four-piece line-up of Johns, Ward, Wylde and Greg Sheehan on drums were recorded live at Melbourne Town Hall and the Q Club for the second Blackfeather album, Boppin' the Blues.[1][3] It was produced by Howard Gable and released in December 1972.[1][3] McFarlane noticed they "relied on dominant boogie-woogie piano as a substitute for guitar."[1]

Wylde quit at the end of 1972; he was replaced by two guitarists, Lindsay Wells (ex-Healing Force) and Tim Piper, which returned Blackfeather to the harder, guitar-based style of the Robinson-era group.[1][3] They performed at the second Sunbury Pop Festival in January 1973.[1][2] The set was released in the following year as another live album, Live! (Sunbury).[1][3] A track, "I'm Gonna Love You", appeared on Mushroom Records' inaugural release, the triple-album, Sunbury 1973 - The Great Australian Rock Festival (April 1973).[1][3] The third Blackfeather single, "Slippin; & Sliddin'", a cover of Little Richard's track, was issued in February 1973; by which time Sheehan had quit and the group split in April.[1][3] Johns briefly performed solo before joining former band mates, Penson and Ward, in Flake; which disbanded late in 1974.[1]

Johns formed a new version of Blackfeather in 1975, with Taylor, Doug McDonald on drums, Billy Rylands on bass guitar and Ray Vanderby (ex-Band of Light) on keyboards; this line-up only lasted a short time. Early the next year Johns formed a more pop-oriented version, with Vanderby, Lee Brosman on bass guitar, Warwick Fraser on drums and his younger brother, Stuart Fraser on guitar (aged 14).[1][3][8] Johns quit in November 1976 and travelled to the United Kingdom, while the remaining members picked up John Swan on lead vocals and Wayne Smith on guitar: they renamed the group as Feather.[1][3] In mid-1977 Swan's younger brother, Jimmy Barnes, announced that he was quitting Cold Chisel to join Feather, but his farewell performance for Cold Chisel went so well that he decided to remain.

Johns, returned to Australia in 1977 and, after a brief stint with the band Fingerprint, in June of the following year he formed a new version of Blackfeather. It reunited him with the 1972 line-up of Ward, Wylde and Young.[1][3] By October all except Johns had left, and were replaced by Ray Oliver on guitar (ex-Friends), Huk Treloar on drums (ex-Pantha, Bleeding Hearts, Living Legends), Rick Rankin on guitar and Jeff Rosenberg on bass guitar (ex-Hot Air Band).[1][3] Ex-the Dingoes drummer John Strangio briefly replaced Treloar, but this version folded by the end of the year.[1][3] In 1983 Johns formed another Blackfeather line-up with Andy Cowle on piano, Russell Hinton on guitar, Cleve Judge on bass guitar and Joe Vizzone on drums - but this also was short-lived.[1][3]

Since 2003 Johns has occasionally performed using the Blackfeather name alongside Brendan Mason on guitar and Kerry McKenna on bass guitar (both ex-Madder Lake). This line up remained together until 2015. In 2010 Aztec Music re-released Boppin' the Blues in an expanded CD version.[9] As of June 2015 Johns recruited two former Blackfeather members, Harry Brus on bass guitar and Stuart Fraser on guitar, along with Gary Steel on keyboards and Paul Wheeler on drums (ex-Icehouse). In that year Blackfeather toured Australia for the first time since 1983.[10] 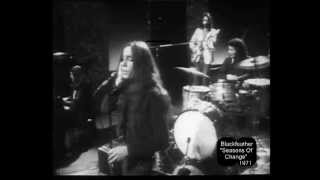 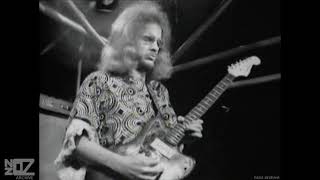 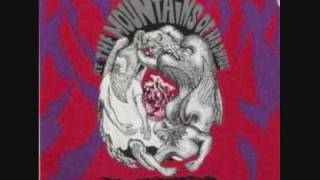 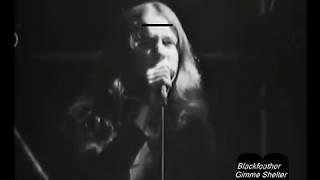 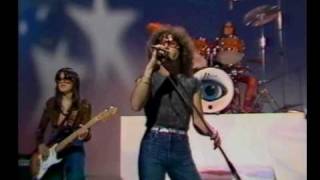 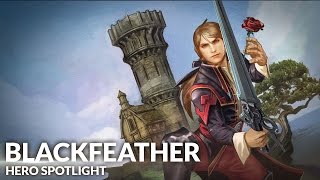 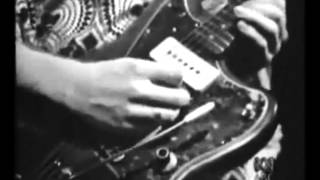 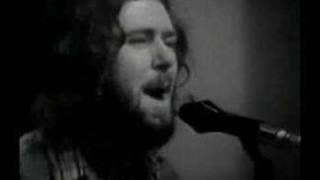 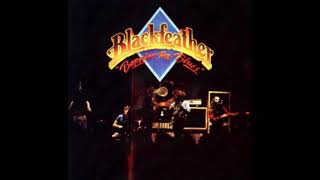 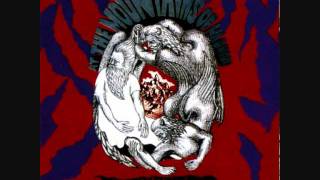 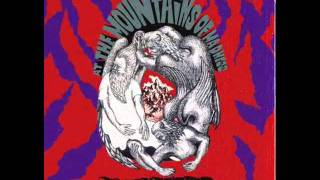 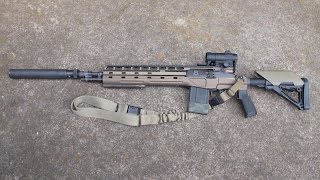 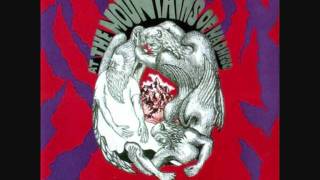 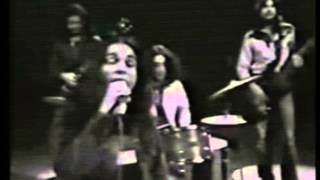