Blind Melon (Stylized as BLind MeLoN) is an American rock band formed in Los Angeles, California by two musicians from Mississippi and one from Indiana. Best known for the band's 1993 single "No Rain," the group enjoyed critical and commercial success in the early 1990s with its neo-psychedelic take on alternative rock.

After releasing two albums on Capitol Records and touring extensively, the band came to an abrupt halt in 1995 by the fatal overdose of lead vocalist Shannon Hoon on the band's tour bus in New Orleans, going on hiatus until officially disbanding four years later. In 2006, the remaining members reunited and recruited new vocalist Travis Warren (from the band Rain Fur Rent), producing a third album, For My Friends. Warren departed two years later, but rejoined in 2010, as the band returned to performing occasional gigs.

Blind Melon formed in Los Angeles in March 1990 after West Point, Mississippi transplants Rogers Stevens and Brad Smith, a guitarist and bassist respectively, met vocalist Shannon Hoon, a native of Lafayette, Indiana.[1] Guitarist Christopher Thorn, originally from Pennsylvania, was added shortly thereafter; the four eventually convinced drummer Glen Graham to relocate from Mississippi to complete the group after failing to find a drummer in Los Angeles.[1] Their moniker derived from a nickname Smith had observed among Mississippi hippies,[2] a name with precedent in the 1920s blues artist Blind Lemon Jefferson and the Cheech & Chong character Blind Melon.

The band debuted with a four-song demo, The Goodfoot Workshop, in 1991. Capitol Records A&R executive Tim Devine signed Blind Melon later that year and oversaw sessions with famed producer David Briggs for an unreleased EP to be titled The Sippin' Time Sessions.[3] The recordings were abandoned due to the band's dissatisfaction with the production quality, which they felt resulted in "slick and doctored" results.[4] Hoon's friendship and association with Guns N' Roses frontman Axl Rose accrued additional industry attention for the group, as he provided backing vocals on several Guns N' Roses tracks on 1991's Use Your Illusion I and II albums, including the single "Don't Cry". Blind Melon embarked upon a tour supporting Soundgarden late that year.[5]

At Capitol's suggestion,[6] the band relocated to Durham, North Carolina, while beginning work on what would become their self-titled debut album with producer Rick Parashar, known for producing Pearl Jam's Ten.[1] Sessions were held in London Bridge Studio in Seattle, Washington, and the album was recorded mostly live with minimal overdubs.[1] The record was released in September 1992, and initially sold poorly behind its lead singles, "Tones of Home" and "No Rain", until the latter became an MTV staple the following July. Promoted by a successful music video featuring Heather DeLoach playing the "Bee Girl", "No Rain" helped the band achieve international recognition. The band pioneered their double-guitar techniques on this album. The two guitarists would often play the same chords but in different octaves, one track with distortion and one without. Both guitarists frequently used the muted 'chuk' technique to accent the spaces between chords, a funk-rock guitar technique. The album eventually attained quadruple-platinum status, debuting in the Billboard top 40 on October 9, 1993 and peaking at No. 11 on the Hot 100.

The group toured extensively in support of their debut, performing dates in Europe and Mexico and supporting such acts as Neil Young and Lenny Kravitz late in 1993.[5][7] Their activity the following year included a performance at Woodstock '94 in August and a supporting slot on the Rolling Stones' Voodoo Lounge Tour thereafter. Amidst rising success, the band began to experience personal and legal problems related to drug and alcohol abuse,[2][5] leading to multiple stints in drug rehabilitation for Hoon.[8]

In 1994, the members relocated to New Orleans, Louisiana[8] to begin work on their second album, Soup, with producer Andy Wallace. The album was released in 1995, and predominantly featured shorter songs with a less conventional alternative rock approach, including New Orleans-style jazz and a hodgepodge of instrumentation throughout, such as horn sections and mandolin/banjo tracks. The lyrics to "St. Andrew's Fall" referenced a suicide jump, "Skinned" spoke about the life of a serial killer, and "New Life" addressed the forthcoming birth of Hoon's child. "Mouthful of Cavities" featured backing vocals from Jena Kraus, who subsequently recorded a solo record with Thorn and Smith. Despite the debut of the lead single, "Galaxie", at number 25 on the Billboard charts,[9]Soup ultimately failed to meet sales expectations.[8]

Later that year, Blind Melon contributed a version of the song "Out on the Tiles" to the Encomium tribute album to Led Zeppelin, and cover of the Schoolhouse Rock! song "Three Is a Magic Number" to the Schoolhouse Rock! Rocks compilation. Their version of "Three Is a Magic Number", although never a charting single, became a fan favorite and featured in the films Never Been Kissed, Slackers, and You, Me and Dupree.[10]All Music Guide reviewer Theresa E. LaVeck has praised the tune's "'70s feel-good vibe" and "rolling jam-band rhythms".[11]

Against the advice of Hoon's drug counselor,[8] Blind Melon went on tour in support of Soup. The band initially employed a counselor to assist Hoon's rehabilitation, but this attendant was soon dismissed.[8] After several weeks on the road, Hoon was found dead on the band's tour bus of a heart attack caused by a cocaine overdose, on October 21, 1995 in downtown New Orleans.

The surviving members opted to continue their collaboration and recruit a new vocalist,[12] although it would ultimately take them over a decade to do so. In 1996, they issued Nico, an album of outtakes and demos named for Hoon's daughter, who was only 13 weeks old when her father died. Nico contained unreleased songs from the Soup recording sessions, as well as several songs recorded with only partial instrumentation. The closing track, "Letters from a Porcupine", was recorded as a telephone message left by Hoon on Thorn's answering machine. The album also included covers of Steppenwolf and John Lennon songs. Its profits went to a program that helps musicians with drug and alcohol addiction.[12]

Discussing his loss with The Guardian, Gia DeSantis, former KROQ DJ, producer and host at KDOC and head of video promotion at Capitol Records who worked with the band, said "Shannon had a magnetism. You couldn't take your eyes off him. They knew to bring in a new singer to sing his lyrics would not have had the same magnetism." She also mentions that "that the band knew its chapter was closed following Hoon's death because he had become the public face of their music through their videos, particularly the one for No Rain" a video that made VH1's list of Top 100 Music Videos of All Time.[13]

During this period, the relationships between the band members disintegrated as they attempted to recruit a new front man.[14] After failing to find a replacement for Hoon, Blind Melon officially dissolved their partnership on March 4, 1999 and the various members went on to other projects, including Thorn and Smith's activity in Unified Theory, a group they had founded the previous year.

"Wishing Well", the first single from the group's upcoming third studio album, was released on March 4, 2008 to coincide with a U.S. tour. The album, For My Friends, was released on April 22, 2008 on Adrenaline Records.[16] On September 17, 2008, the biography A Devil on One Shoulder and an Angel on the Other: The Story of Shannon Hoon and Blind Melon by Greg Prato was published.[17] European tour dates followed thereafter.

On November 6, 2008, the band announced the departure of Warren, despite having unfulfilled concert dates.[18] Initially, the band intended to honor their remaining dates, and announced Chris Shinn of Unified Theory as lead vocalist for the remainder of their tour. However, this was later retracted, and the tour cancelled. Warren ultimately returned to perform a previously scheduled gig with Blind Melon on December 31, 2008, in Dearborn, Michigan, which was announced as his final show.[19]

Capitol Records released the four-track EP "Deep Cuts" in April 2009 as a digital download.[20][21] The members remained active with other projects: Smith and Thorn played with Codename Mike,[22] while Smith also toured with Revis as a guest member and Thorn played briefly with Awolnation. Graham formed the band Jakeleg[23] with his long-time friend Joe Tullos.

On November 2, 2010, Blind Melon announced its reformation and Warren's return.[24] Their first performance came November 27, when they played a free concert at the base of Aspen mountain in Aspen, Colorado. They continued sporadic performances over the coming months, opening for Candlebox at The Hard Rock Hotel in Albuquerque, New Mexico on February 4, 2011, and headlining Rest Fest at Crumland Farms, Frederick, Maryland on September 5.

In 2012 they toured South America, with dates in Chile and Argentina, and Western Europe thereafter. On the status of the group, Graham stated late that year that "Blind Melon is still a functioning entity, Travis Warren is our current vocalist as he has been since 2007; however, we are only doing the occasional one-off and currently have no plans to record full length CDs."[25] 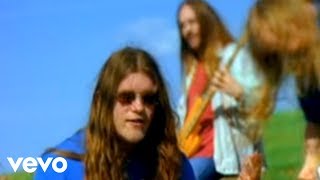 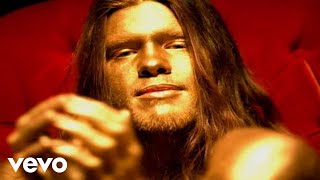 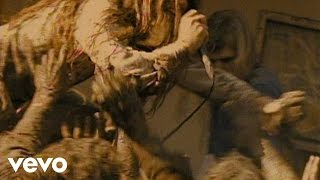 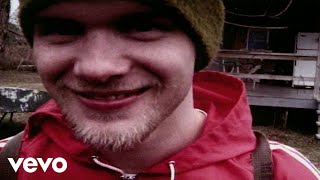 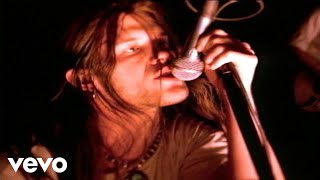 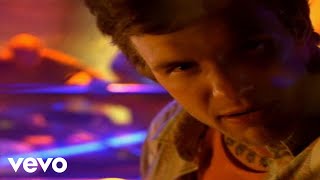 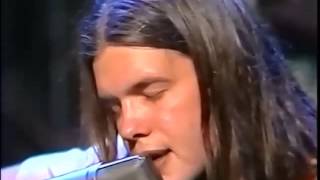 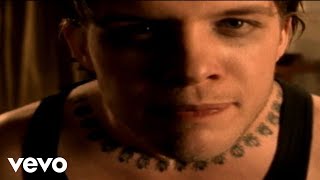 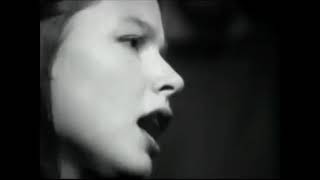 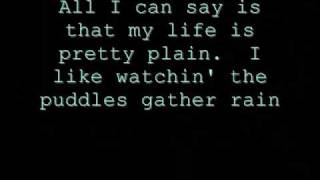 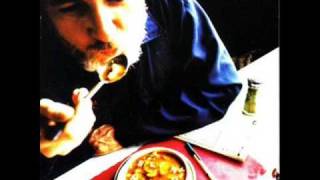 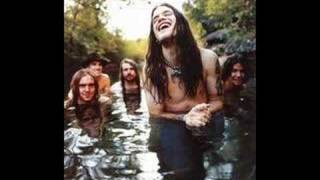 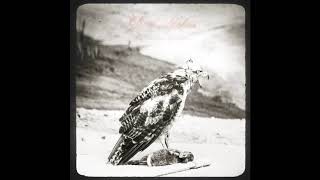 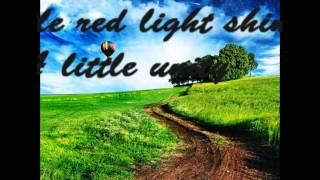 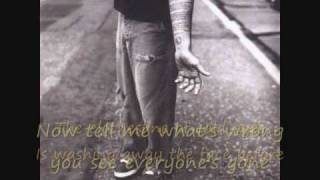