Burns is a city in and the county seat of Harney County, in the U.S. state of Oregon. According to the 2010 census, the population was 2,806. Burns and the nearby city of Hines are home to about 60 percent of the people in the sparsely populated county, by area the largest in Oregon and the ninth largest in the United States.

The Burns-Hines region has a high-desert climate but was much wetter in the recent geologic past. The Harney Basin was the largest of many depressions in which lakes formed in southeastern Oregon during the late Pleistocene. Remnants of an ancient lake that reached as far north as Burns are at the center of the Malheur National Wildlife Refuge, south of the city.

Northern Paiutes or their ancestors, who were hunter-gatherers, have lived in the region for thousands of years. Since the arrival of Euro-Americans in the 19th century, cattle ranching and other forms of agriculture have dominated land use in the area. In 1930, logging in the mountains north of Burns led to the creation of Hines, a lumber company town, and the timber industry remained important to the local economy until the 1990s. In addition to ranching, a variety of private and public enterprises support the Burns-Hines economy in the 21st century. Annual events include a migratory bird festival, the county fair, and a country music jamboree.

Archeologists have found evidence of human habitation in the general vicinity of Burns from as early as 10,000 years ago.[7] Members of the contemporary Burns Paiute Tribe of Harney County, descended mainly from the Wadatika band of Paiutes, were hunter-gatherers throughout central and southern Oregon. The Wadatikas were named after the wada seeds collected as food from near Malheur Lake.[7] Their territory covered about 5,300 square miles (14,000 km2) from the Cascade Range to near Boise and from the southern Blue Mountains to south of Steens Mountain.[7] Scattered in the 19th century by clashes with white settlers and soldiers and through forced removal to distant reservations, some of the Paiutes eventually returned to Harney County.[8]

In the 1930s, the Burns Paiute Tribe began buying land near Burns and holding tribal elections.[7] By the late 1960s, the tribe had adopted a constitution and tribal bylaws, and in 1972 the Burns Paiute formally became an independent tribe, eligible to enter into contracts with other governments and legal entities.[7] The tribe owns the Burns Paiute Reservation, 770 acres (310 ha) north of Burns, and individual members of the tribe own more than 11,000 acres (4,500 ha) of land elsewhere in the county.[7] In 1991, the tribe had about 350 members, and about 200 lived on the reservation.[9] 1942: Ponderosa pine logs from the Hines tract in the Malheur National Forest

After the arrival of Euro-American settlers in the 19th century, Burns was established in the 1880s. It was formally incorporated after Harney County's creation in 1889 through the splitting of Grant County into two counties. Early settler, merchant, and county commissioner George McGowan named the city after the Scottish poet Robert Burns. By 1891, the community had stores, a post office, hotels, and other businesses. McGowan was the town's first postmaster.[10]

In the 1920s, timber cutting and milling brought many newcomers to the region. In 1928, the Edward Hines Lumber Company acquired from the U.S. Forest Service the rights to cut timber in the Blue Mountains near Seneca, north of Burns.[11] After winning the timber contract, the Hines Company built the 52-mile (84 km) Oregon and Northwestern Railroad between Burns and Seneca.[12] Edward Hines, the company owner, built a lumber mill and company town, incorporated as the City of Hines in 1930.[13] Timber and logging remained important to the local economy until the 1990s, when the area's last lumber mill closed for lack of timber.[10]

Cattle ranching in the region began as early as the 1860s and expanded after passage of the Desert Land Act of 1877.[10] The act promoted development of arid and semi-arid public land in the western United States by making 320-acre (130 ha) plots available to individuals willing to "reclaim, irrigate, and cultivate" the land.[14] Some of the Harney County ranches established in the 19th century still exist in the 21st.[10] Agricultural revenue for Harney County in 2011 totaled about $84 million. Of this, about 65 percent came from cattle sales, 29 percent from the sale of alfalfa hay, and most of the rest from other crops and the sale of horses.[15]

Burns is in southeastern Oregon near the northern edge of the arid Harney Basin. The basin is part of the High Lava Plains, a region dominated by erupting volcanoes in the late Miocene, five to ten million years ago. Centered on the Brothers Fault Zone, which runs southeast-northwest between Steens Mountain and Bend, the High Lava Plains merge with the Blue Mountains to the north and the Basin and Range Province to the south.[19]

Shallow basins formed by crustal stretching in the Basin and Range province were much wetter during the late Pleistocene, up to 11,000 years ago, than they are in the 21st century. Lakes formed in these basins, including those in the southern part of the High Lava Plains. Among these, the largest depression was the Harney Basin, covering 5,300 square miles (14,000 km2). Within the Harney Basin, ancient Malheur Lake--the 21st-century remnants of which include Malheur Lake, Harney Lake, and Mud Lake--covered 900 square miles (2,300 km2) and extended as far north as Burns. These remnant wetlands have become the Malheur National Wildlife Refuge.[19]

Burns has a semi-arid continental climate (Köppen BSk) bordering upon a continental Mediterranean climate (Dsb) that averages 99 days with precipitation each year.[20] Cloud cover varies from an average of 25 percent in July to 76 percent in January.[21] Normal annual precipitation amounts to about 11 inches or 279 millimetres, including 34 inches or 86 centimetres of snow.[22] The average relative humidity, measured at 4 p.m. daily, is 42 percent, varying from 21 percent in July to 68 percent in December and January.[23] The normal monthly daily average temperature ranges from about 24 °F (-4 °C) in December to 67 °F (19 °C) in July.[22] On average, highs reach 90 °F (32 °C) on 24 days annually and stay at or below the freezing mark on 31 days, while lows fall to or below 0 °F (-18 °C) on an average of 11 nights.[22] The average first and last occurrences of freezing temperatures are September 2 and June 21, respectively, allowing a growing season of 72 days.[22]

Sagebrush Symphony Orchestra in about 1915

The Harney County Arts in Education Foundation (HCAEF) exists to support music education and the performing, visual, and theater arts in Burns and the region. The HCAEF is raising funds in hopes of creating a performing arts and education center with a 600-seat auditorium, art gallery, film studio, and other facilities for students and the community. The Portland Youth Philharmonic, which originated in Burns as the Sagebrush Symphony Orchestra, has performed in Burns in support of the HCAEF.[28]

Each April, Burns hosts the John Scharff Migratory Bird Festival and Art Show during the annual spring migration of waterfowl and other birds through the area. Pelicans, ducks, and raptors are among the birds frequenting the Harney Basin wetlands, a stopping place on the Pacific Flyway. Named for a former manager of the Malheur National Wildlife Refuge, the festival includes tours of the wetlands and nearby ranches as well as classes in topics such as birdhouse building, Harney County archeology, and bird sketching.[29]

In June, the High Desert Fiddlers host the Country Music Jamboree at the Harney County Fairgrounds on the edge of Burns. Players of all skill levels take part in the jamboree, with stages in three fairground buildings. Admission is free; donations are accepted. Concessions, dinners by reservation, camping in tents or recreational vehicles, and dancing are part of the entertainment. At other times of the year, the High Desert Fiddlers gather on Fridays at various locations around the city to hold public jam sessions including folk, country, bluegrass, and other music played on instruments such as the guitar, mandolin, fiddle, and hammered dulcimer.[29]

The Harney County Fair is held annually in September at the Harney County Fairgrounds. The fair, which lasts about a week, includes a rodeo, carnival, talent show, horse races, parade, and other events, including those sponsored by 4-H and Future Farmers of America.[30]

The Harney County Historical Museum in Burns offers displays of relics, documents, and photographs from the region's past. Established in 1960 at the site of a former brewery, laundry, and wrecking yard, the museum is open five days a week (Tuesday through Saturday) from April through September and at other times by appointment.[31]

Burns has a mayor-council government.[32] Jerry Woodfin, one of seven elected members of the council, is the mayor.[1] The city's public works department, consisting of a director and four full-time workers, maintains the water lines, sewers, and streets of Burns. The police department includes a chief of police, an office assistant, and three full-time officers who work for Hines as well as Burns. City officers and employees include a city manager, city clerk, municipal judge doubling as the utilities clerk, and an office assistant.[33]

A tribal council governs the Burns Paiute Tribe, immediately northwest of Burns. The tribe has its own police, court, and health and other services, including a tribal community center.[32]

The Harney County Courthouse is in Burns. County officials include a judge and two commissioners, a clerk, treasurer, assessor, district attorney, justice of the peace, sheriff, and circuit court judge.[34]

Formed in 1903 by the Ladies Afternoon Club, the Harney County Library in Burns has grown from an initial collection of 12 books to more than 30,000 items in 2013. Library offerings include public computers, wireless Internet, video conferencing equipment, meeting spaces, and public programs, as well as books, magazines, newspapers, audio books, videos, DVDs, and access to Interlibrary Loan.[38]

The weekly Burns Times-Herald is the only newspaper in the city.[39] In 2006, five members of the Times-Herald staff formed Survival Media LLC, which bought the newspaper from its former out-of-state owners. According to Survival Media, this was the first staff buyout of a newspaper in Oregon.[40] Two commercial radio stations, KZHC-FM (92.7 FM) and KYQT (1230 AM), are licensed to broadcast from Burns.[41]

Public Oregon Intercity Transit (POINT) is an intercity bus system that includes service between Bend and Ontario, Oregon. It departs from Burns once daily in each direction.[43] The buses are wheelchair accessible, can seat up to 20 passengers, and can be used for package delivery as well as public transport.[44] 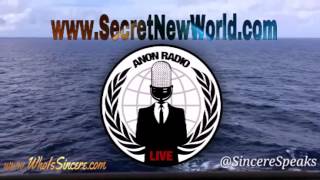 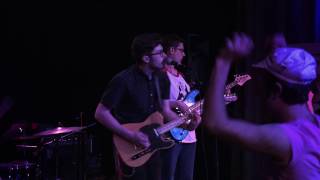 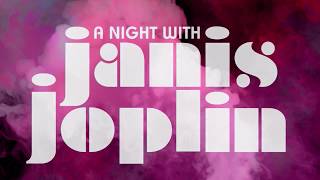 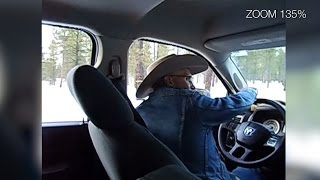 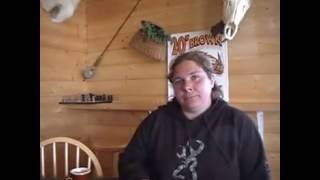 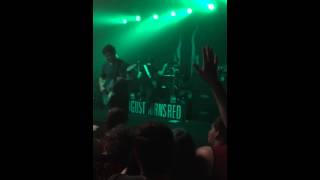 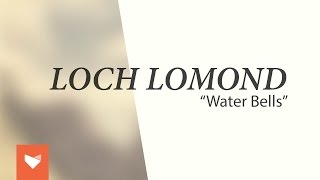 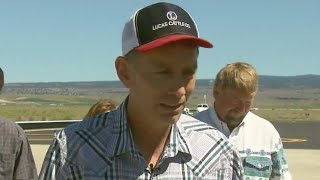 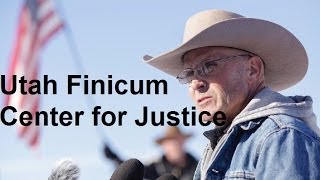 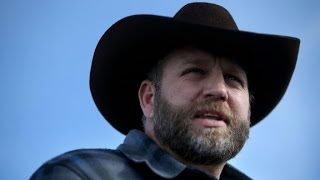 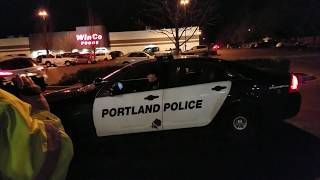 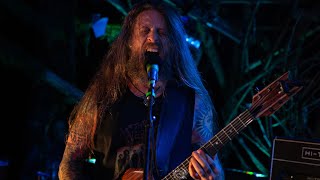 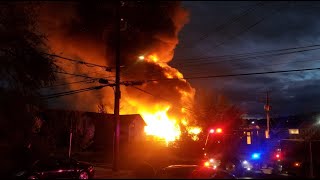 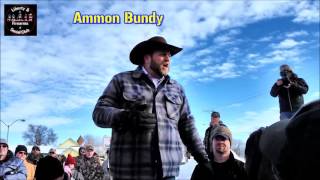 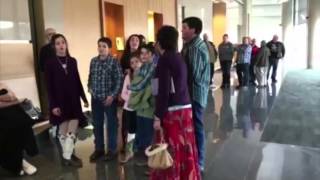 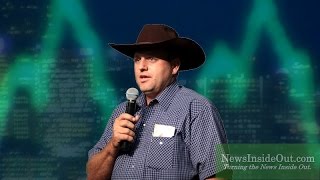 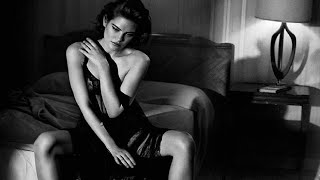 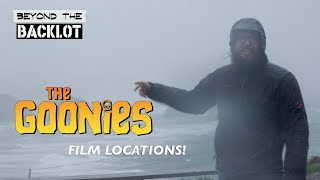 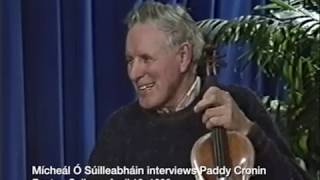