Carlsbad is a coastal city in the North County region of San Diego County, California, United States. The city is 87 miles (140 km) south of downtown Los Angeles and 35 miles (56 km) north of downtown San Diego and is part of the San Diego-Carlsbad, CA Metropolitan Statistical Area. Carlsbad is a popular tourist destination. The city's estimated 2019 population was 115,382.[8] Among the nation's top 20 wealthiest communities, Carlsbad is the 5th richest city in the state of California with a median household income close to $105,000.[9] Carlsbad's history began with the Luiseño people (the Spanish name given to them because of their proximity to Mission San Luis Rey). Nearly every reliable fresh water creek had at least one native village, including one called Palamai.[10] The site is located just south of today's Agua Hedionda Lagoon.[10]

The first European land exploration of Alta California, the Spanish Portolà expedition of 1769, met native villagers while camped on Buena Vista Creek.[11] During the Mexican period, in 1842, the southern portion of Carlsbad was granted as Rancho Agua Hedionda to Juan María Marrón.

In the 1880s a former sailor named John Frazier dug a well in the area. He began offering his water at the train station and soon the whistle-stop became known as Frazier's Station. A test done on a second fresh-water well discovered the water to be chemically similar to that found in some of the most renowned spas in the world, and the town was named after the famed spa in the Bohemian town of Karlsbad (now Karlovy Vary, Czech Republic).[12]

To take advantage of the find, the Carlsbad Land and Mineral Water Company was formed by a German-born merchant from the Midwest named Gerhard Schutte together with Samuel Church Smith, D. D. Wadsworth and Henry Nelson. The naming of the town followed soon after, along with a major marketing campaign to attract visitors. The area experienced a period of growth, with homes and businesses sprouting up in the 1880s. Agricultural development of citrus fruits, avocados and olives soon changed the landscape. By the end of 1887, land prices fell throughout San Diego County. However, the community survived on the back of its fertile agricultural lands.

The site of John Frazier's original well can still be found at Alt Karlsbad, a replica of a German Hanseatic house, located on Carlsbad Boulevard.

In 1952, Carlsbad was incorporated to avoid annexation by its neighbor, Oceanside.[13]

The single-runway Palomar Airport opened in 1959 after County of San Diego officials decided to replace the Del Mar Airport.[14] The airport was annexed to the City of Carlsbad in 1978 and renamed McClellan-Palomar Airport in 1982 after a local civic leader, Gerald McClellan.

Carlsbad is home to the nation's largest desalination plant.[19] Construction of the Carlsbad Desalination Plant at the Encina Power Station was completed in December 2015.[20]

The northern area of the city is part of a tri-city area consisting of northern Carlsbad, southern Oceanside and western Vista.

Carlsbad has a semi-arid Mediterranean climate (Koppen classification BSh) and averages 263 sunny days per year. Winters are mild with periodic rain. Frost is rare along the coast, but sometimes occurs in inland valleys in December and January. Summer is almost rain free, but sometimes overcast and cool with fog off the Pacific. While most days have mild and pleasant temperatures, hot dry Santa Ana winds bring high temperatures on a few days each year, mostly in the fall.

Interstate 5 runs through the western part of Carlsbad while California State Route 78 passes close to its northern border.

McClellan-Palomar Airport is located about 7 miles (11 km) southeast of downtown Carlsbad, and allows general aviation and limited commercial service to the city. The Old Santa Fe Depot, built in 1907, is a local landmark listed on the National Register of Historic Places and currently houses the city's Visitor's Information Center.

The northwest quadrant of Carlsbad (ZIP code 92008) includes the downtown "Village," the Barrio, and "Old Carlsbad." It was the first part of Carlsbad to be settled. Homes range from 1950s cottages and bungalows to elegant mansions on the hill overlooking the ocean. It is also home to Hosp Grove Park, a grove of eucalyptus trees relatively untouched by development and now designated by the city for recreational use, in addition to the Buena Vista and Agua Hedionda Lagoons. It is located west of El Camino Real and north of Palomar Airport Road.

"The Barrio" area is near downtown Carlsbad bordered by Carlsbad Village Drive to the north, Tamarack Avenue to the south, Interstate 5 to the east and the railroad tracks to the west. It was settled by Latinos in the early 20th century.[24] It is the site of the Centro de Aprendizaje, a Spanish division of the Carlsbad City Library.[25]

This quadrant (ZIP code 92010) is located east of El Camino Real and north of Palomar Airport Road and consists mostly of single-family homes, with larger lots found in the older area known as Chestnut Hills and the newer developments around Calavera Hills.

The Northeast quadrant also contains the Lake Calavera Nature Preserve, a 110-acre space containing a 513-foot extinct volcano known as Mount Calavera. The preserve -- notable for its small lake, wide dam, and mountain -- was officially set aside in the 1990s as the surrounding land was being developed. The preserve is bordered on three sides by suburban single-family homes, and on one side by small farms and rural compounds. In 2012, Sage Creek High School was developed in the southwest corner of the preserve amid some controversy. Nature experts challenged the decision to construct the school on the preserve, but Carlsbad High School was reaching its capacity and there were few undeveloped areas that had sufficient space for an additional high school. Despite missing one of its original corners, the preserve still offers miles of hiking trails with ocean views.[26]

Calavera Lake and Mount Calavera on the eastern boundary of Carlsbad

This quadrant (ZIP code 92011) extends along the Pacific Ocean to the south of the center of Carlsbad. It includes the Aviara neighborhood, which is home to the Park Hyatt Aviara Resort. It is located west of El Camino Real and south of Palomar Airport Road.

Carlsbad voters in 2008 voted to make Carlsbad a charter city.[2] City government is led by an elected mayor and four council members, elected at large.

Carlsbad's current mayor is Matt Hall, who has served since 2010. Starting with the 2018 elections, Carlsbad will go from having its city council members being at large to district representation. The mayoral office will remain at large.[32]

The city has drafted ordinances protecting sensitive wildlife habitat, becoming one of the first municipalities in California to do so. The city has also pledged to protect about 40 percent of the city as permanent open space.[33]

In May 2018, the Carlsbad city council voted 4-1 against California sanctuary cities.[34]

In the United States House of Representatives, Carlsbad is in California's 49th congressional district, represented by Democrat Mike Levin.[36]

Carlsbad is also known as the "Titanium Valley" because of its golf manufacturing industry. Callaway Golf Company, TaylorMade-adidas Golf Company, Cobra Golf, Titleist, and Odyssey Golf are all located in Carlsbad. 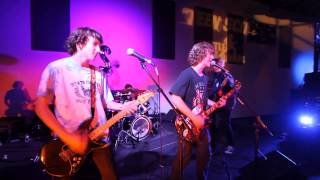 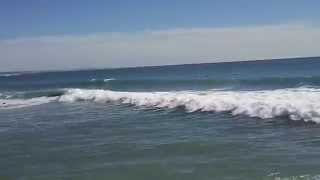 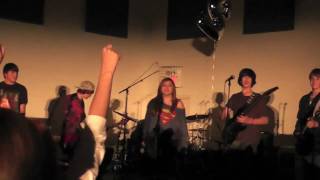 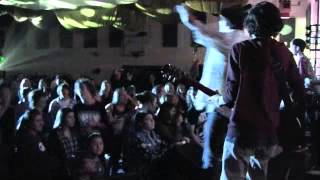 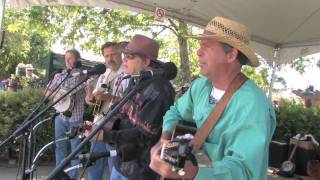 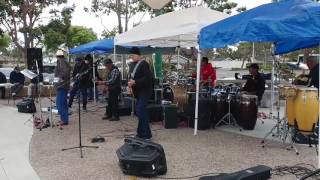 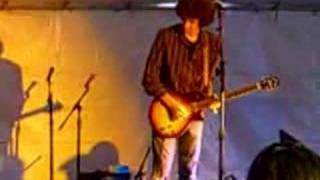 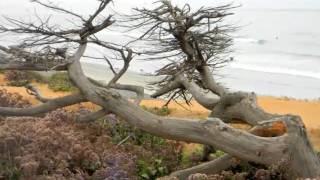 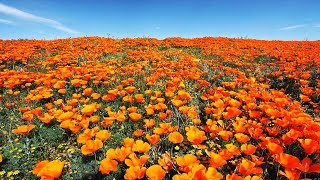 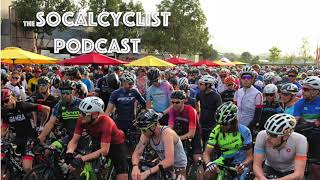 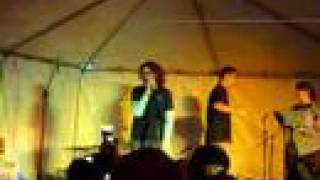 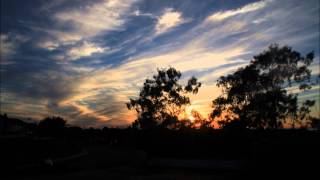 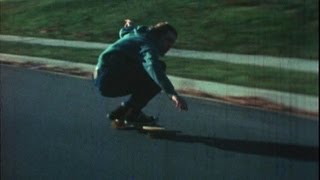 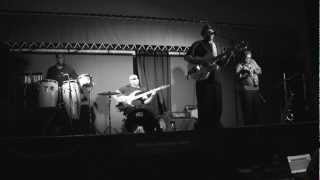 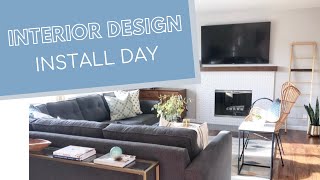 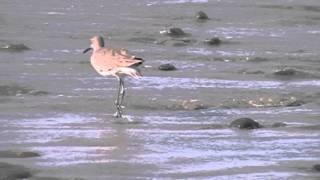 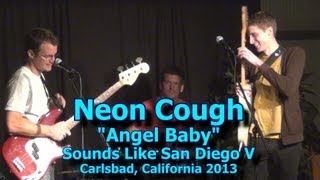 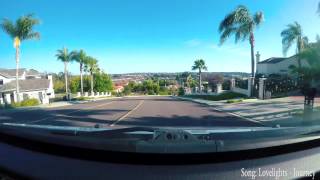 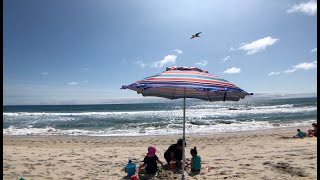 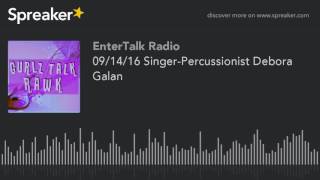