Carson City, officially the Consolidated Municipality of Carson City, is an independent city in and the capital of the U.S. state of Nevada, named after the mountain man Kit Carson. As of the 2010 census, the population was 55,274.[2] The majority of the town's population lives in Eagle Valley, on the eastern edge of the Carson Range, a branch of the Sierra Nevada, about 30 miles (50 km) south of Reno.

The town began as a stopover for California-bound emigrants, but developed into a city with the Comstock Lode, a silver strike in the mountains to the northeast. The city has served as Nevada's capital since statehood in 1864; for much of its history it was a hub for the Virginia and Truckee Railroad, although the tracks were removed in 1950. Before 1969, Carson City was the county seat of Ormsby County. The county was abolished that year, and its territory merged with Carson City.[3] With the consolidation, the city limits extend west across the Sierra Nevada to the California state line in the middle of Lake Tahoe. Like other independent cities in the United States, it is treated as a county-equivalent for census purposes. Illustration of Carson City in 1877

The Washoe people have inhabited the valley and surrounding areas for about 6,000 years.[4]

The first European Americans to arrive in what is now known as Eagle Valley were John C. Frémont and his exploration party in January 1843.[5] Fremont named the river flowing through the valley Carson River in honor of Kit Carson, the mountain man and scout he had hired for his expedition. Later, settlers named the area Washoe in reference to the indigenous people.[6]

By 1851 the Eagle Station ranch along the Carson River was a trading post and stopover for travelers on the California Trail's Carson Branch which ran through Eagle Valley. The valley and trading post received their name from a bald eagle that was hunted and killed by one of the early settlers and was featured on a wall inside the post.

As the area was part of the Utah Territory, it was governed from Salt Lake City, where the territorial government was headquartered. Early settlers bristled at the control by Mormon-influenced officials and desired the creation of the Nevada territory. A vigilante group of influential settlers, headed by Abraham Curry, sought a site for a capital city for the envisioned territory.[7] In 1858, Abraham Curry bought Eagle Station and the settlement was thereafter renamed Carson City.[8] Curry and several other partners had Eagle Valley surveyed for development. Curry decided Carson City would someday serve as the capital city and left a 10-acre (40,000 m2) plot in the center of town for a capitol building.

When Nevada became a state in 1864 during the American Civil War, Carson City was confirmed as Nevada's permanent capital. Carson City's development was no longer dependent on the mining industry and instead became a thriving commercial center. The Virginia and Truckee Railroad was built between Virginia City and Carson City. A log flume was also built from the Sierra Nevadas into Carson City. The current capitol building was constructed from 1870 to 1871. The United States Mint operated the Carson City Mint between the years 1870 and 1893, which struck gold and silver coins. People came from China during that time, many to work on the railroad. Some of them owned businesses and taught school. By 1880, almost a thousand Chinese people, "one for every five Caucasians", lived in Carson City.[10]

Carson City's population and transportation traffic decreased when the Central Pacific Railroad built a line through Donner Pass, too far to the north to benefit Carson City. The city was slightly revitalized with the mining booms in Tonopah and Goldfield. The US federal building (now renamed the Paul Laxalt Building) was completed in 1890 as was the Stewart Indian School. Even these developments could not prevent the city's population from dropping to just over 1,500 people by 1930. Carson City resigned itself to small city status, advertising itself as "America's smallest capital". The city slowly grew after World War II; by 1960 it had reached its 1880 boom-time population.

As early as the late 1940s, discussions began about merging Ormsby County and Carson City. By this time, the county was little more than Carson City and a few hamlets to the west. However, the effort did not pay off until 1966, when a statewide referendum approved the merger. The required constitutional amendment was passed in 1968. On April 1, 1969, Ormsby County and Carson City officially merged as the Consolidated Municipality of Carson City.[3] With this consolidation, Carson City absorbed former town sites such as Empire City, which had grown up in the 1860s as a milling center along the Carson River and current U.S. Route 50. Carson City could now advertise itself as one of America's largest state capitals with its 146 square miles (380 km2) of city limits.[11]

In 1991, the city adopted a downtown master plan, specifying no building within 500 feet (150 metres) of the capitol would surpass it in height. This plan effectively prohibited future high-rise development in the center of downtown.[12] The Ormsby House is the tallest building in downtown Carson City, at a height of 117 feet (36 m). The structure was completed in 1972.[13]

Carson City is one of only two state capitals which border another state, the other being Trenton, New Jersey. Cheyenne, Wyoming at its closest point is only 7 miles from the Colorado border. (Also, Juneau, Alaska borders Canada.)

Carson City features a semi-arid climate with cold winters and hot summers. The city is in a high desert river valley approximately 4,802 feet (1,464 m) above sea level. There are four fairly distinct seasons. Winters see typically light to moderate snowfall, with a median of 8.9 inches (23 cm).[14] Most precipitation occurs in winter and spring, with summer and fall being fairly dry, drier than neighboring California. There are 37 days of 90 °F (32 °C)+ highs annually,[14] with 100 °F (38 °C)+ temperatures occurring in some years.

The Carson River flows from Douglas County through the southwestern edge of Carson City.

Carson City is the smallest of the United States' 366 metropolitan statistical areas.

Nevada's capital is generally considered a Republican stronghold, often voting for Republicans by wide margins. In 2004, George Bush defeated John Kerry 57-40%. In 2008, however, Barack Obama became the first Democrat since 1964 to win Ormsby County/Carson City, defeating John McCain 49% to 48%, by 204 votes, a margin of under 1%.[27]

Carson City, being the state capital, is home to many political protests and demonstrations at any given time.[30][31][32]

In an attempt to either make proposed spent nuclear fuel storage facility at Yucca Mountain prohibitively expensive (by raising property tax rates to the maximum allowed) or to allow the state to collect the potential federal payments of property taxes on the facility, the state government in 1987 carved Yucca Mountain out of Nye County and created a new county with no residents out of the area surrounding Yucca called Bullfrog County. Carson City became the county seat of Bullfrog County, even though it is not in Bullfrog County and is more than 100 miles (160 km) from Yucca Mountain. A state judge found the process unconstitutional in 1989, and Bullfrog County's territory was retroceded to Nye County.[33][34]

Carson City has never hosted any professional team sports. However, a variety of sports are offered at parks and recreation.[35] Many neighborhood parks offer a wide variety of features including picnic tables, beaches, restrooms, fishing, softball, basketball hoops, ponds, tennis, and volleyball. The largest park is Mills Park, which has a total land area of 51 acres (0.21 km2) and includes the narrow-gauge[36] Carson & Mills Park Railroad.[37] While there are no ski slopes within Carson City, the city is near the Heavenly Mountain Resort, Diamond Peak and Mount Rose Ski Tahoe skiing areas.[38]

Carson City has served as one of the state's centers for politics and business. Every state governor since Denver S. Dickerson has resided in the Governor's Mansion in Carson City.[39]See also: List of Governors of Nevada. The following personalities took up a residence in Carson City at some point in their lives.[40]

The following is a list of the top employers in Carson City from the fourth quarter of 2012:[62]

Looking south on US 395, just south of US 50 in Douglas County near Carson City

There are four highways in the city: Nevada State Route 28, U.S. Route 395, U.S. Route 50, and Interstate 580, its only freeway. Phase 1 of the Carson City Freeway Project from US 395, just north of the city, to US 50 was completed in February 2006 and Phase 2A, extending from Rt. 50 to Fairview Drive, was officially opened on September 24, 2009. Phase 2B, Fairview Drive to Rt. 50, was completed in August 2017. Prior to 2012, Carson City was one of only five state capitals not directly served by an Interstate highway; the city lost this distinction when I-580 was extended into the city limits.

Carson City's first modern bus system, Jump Around Carson, or JAC, opened to the public in October 2005.[63] JAC uses a smaller urban bus ideal for Carson City.[64] However, there is virtually no ground public transportation to other destinations. Passenger trains haven't served Carson City since 1950, when the Virginia and Truckee Railroad was shut down. Greyhound Lines stopped their bus services to the town in 2006 and Amtrak discontinued their connecting thruway bus to Sacramento, California in 2008. There is now only a limited Monday - Friday RTC bus service[65] to Reno which is still served by both Greyhound and Amtrak, as well as Eastern Sierra Transit Authority service from Lone Pine to Reno.

Carson City is also served by the Carson Airport, which is a regional airport in the northern part of the city. Reno-Tahoe International Airport, which is 28 miles (45 km) away, handles domestic commercial flights.[66]

Western Nevada College (WNC) is a regionally accredited, two-year and four-year institution which is part of the Nevada System of Higher Education. The college offers many programs including education, arts and science.[68] 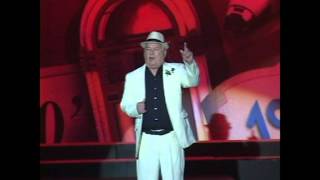 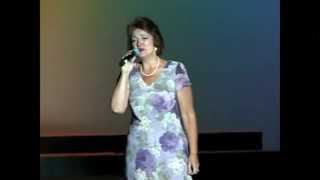 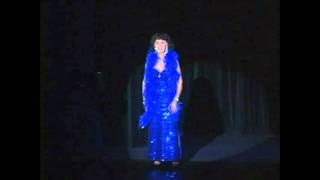 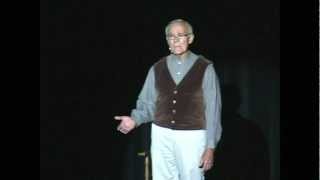 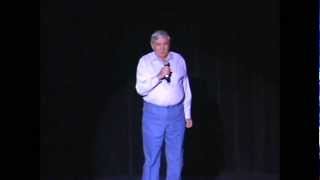 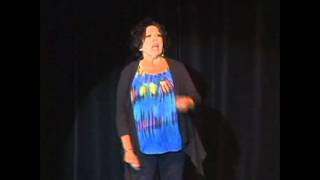 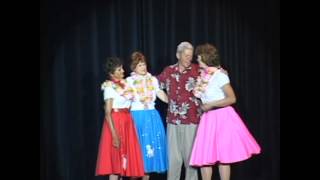 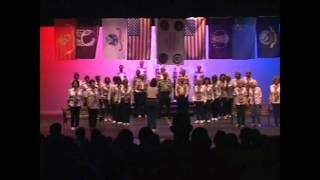 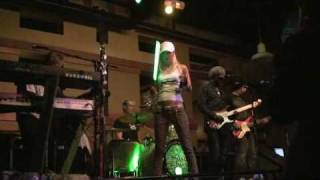 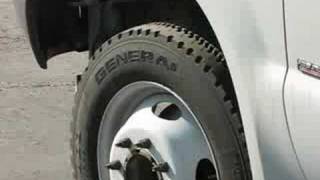 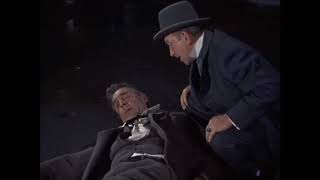 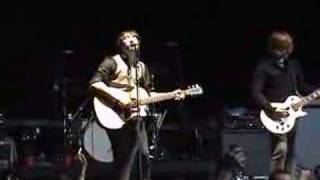 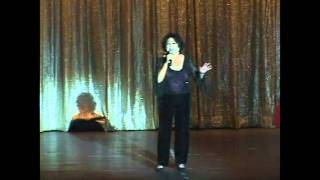 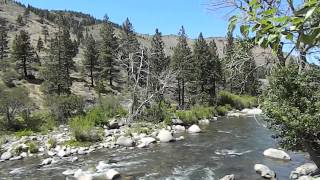 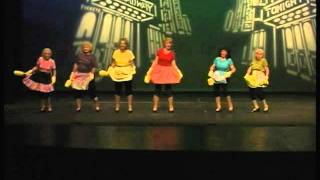 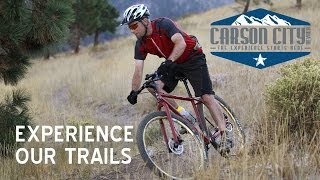 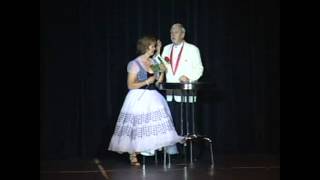 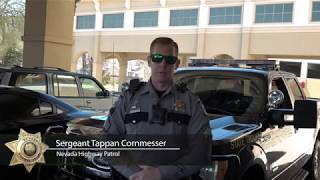 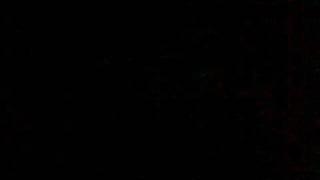