Centerville is a city in and the county seat of Appanoose County, Iowa, United States.[4] The population was 5,528 in the 2010 census, a decline from 5,924 in 2000.[5][6] After the turn of the 20th century Centerville had a booming coal mining industry that attracted many European immigrants. The city today remains the home of many Swedish Americans, Italian Americans, Croatian Americans, Albanian Americans and others descended from immigrants who worked in the mines.[7]

Founded in 1846 by Jonathon Stratton under the name of "Chaldea," the city was planned around a unique two-block long city square. The name was later changed to Centerville, named after William Tandy Senter, a prominent Tennessee politician. When incorporation papers were filed in 1855, someone mistook the name for a misspelling and corrected it to Centerville.[8] Map of the Centerville area from 1908, showing the railroads and shipping coal mines (shown in red) of the region. Centerville is in the lower right quadrant. Smaller mines that did not ship by rail are not shown.

The first coal mine in Centerville was opened in 1868, with its mine shaft about one-half mile from the Chicago, Burlington and Quincy Railroad depot. Horse-power was used to raise coal from the mines until 1872, when the Watson Coal Company opened a mine equipped with a steam hoist. The Centerville Block Coal Company, organized in 1894, consolidated the operation of numerous mines in the region to become the dominant mining company. In 1914, Centerville Block Coal produced over 100,000 tons of coal, ranking among the top 24 coal producers in the state. Centerville Block's largest competitor, formed around the same time, was the Scandinavian Coal Company, organized by a group of Swedish immigrants.[9][10] By 1938, coal production in the Centerville region was 600,000 tons per year.[11] The mines were in the Mystic coal bed, 125 feet below ground in Centerville but exposed at the surface in Mystic, 5 miles to the northwest.[12]

Centerville Block Coal's Relay Mine Number 3 was located on the west side of town (Number 31 on the map). By 1908, the coal face was a mile from the base of the shaft. Mules were used to haul trains of loaded coal tubs to the main haulage way, where they were hauled by a continuous loop of cable the last half mile to the shaft. The coal seam here was about 3 feet thick, and the shaft was 107 feet deep. A centrifugal blower 12 feet in diameter provided ventilation, and compressed air was used to power mining machinery.[13][14]

Local Assembly 1020 of the Knights of Labor was based in Centerville and had a membership of 150 in 1884.[15] On April 1, 1885, 325 miners in town went on strike, protesting a 20% drop in wages reflecting a decrease in the demand for coal during the summer months.[16] Later, the United Mine Workers of America had a very strong presence in Centerville. In 1912, UMWA Local 553 in Centerville had 1194 members, making it the second largest UMWA local in the country.[17] The largest UMWA local was in Buxton, Iowa.

In 1910, the Scandinavian Coal Company drilled a 550-foot exploratory hole in Centerville, discovering a deposit of gypsum and anhydrite 10 feet thick near the bottom. The Centerville Gypsum Company was formed to exploit this deposit, and between 1912 and 1913, the company bored a shaft down to the gypsum. Water problems delayed the opening of the mine until 1917, and commercial production began in 1919.[18] The mine was closed in the early 1930s.[19]

The Sunshine mine, about 3 miles west of Centerville (number 30 on the map), was very small in 1908, with just a horse-powered hoist at the pit head.[14] By the 1930s, this was a large mine with an attached mining camp and a mountain of mine waste 500 feet long.[20] The Sunshine Mine Drive-In is a theater on the former mine site that opened in 2005, but has since closed and fallen into disrepair.[21]

Centerville experienced its peak population in the early 1900s as the popularity of coal peaked. After that point, as usage dwindled, the coal industry that had been the community's life blood collapsed. In the 1950s and 1960s a civic movement to promote new industries began. This effort culminated in the building of Rathbun Dam, near the city of Rathbun, Iowa, forming Rathbun Lake, known as "Iowa's Ocean", that was dedicated on July 31, 1971 by President Richard M. Nixon.

In June 2006 the Centerville Daily Iowegian reported that the city's largest employer, a Rubbermaid plant, that opened in Centerville in 1985, would shut down in September 2006 displacing 500 workers. In 2007, the former Rubbermaid building was purchased by Lee Container Corp. of Homerville, Georgia. The city (and county) is also served by several other manufacturing operations, including Curwood, a Bemis Company, a major supplier of flexible packaging and pressure-sensitive materials used by leading food, consumer products, manufacturing, and other companies worldwide. The Barker Company, of Keosauqua, Iowa that manufactures many lines of refrigerated, non-refrigerated and hot display cases for the supermarket, convenience store and food service industries located a manufacturing plant in Centerville in 1998. However, despite these businesses, unemployment rates in the area remain at higher than average levels in the state. Both the city of Centerville and Appanoose County have a very high poverty rate and low quality of life because of this and other factors.

As county seat, Centerville had a thriving retail sector, serving people from smaller communities and farms in the area as well as local residents. Many shops were located around the Courthouse Square Historic District, which has hundreds of parking spaces between the shops' sidewalks and the courthouse lawn--in effect, six-lane wide streeting around the Appanoose County Courthouse provides four lanes of public parking. In the latter decades of the 20th century, Centerville, like many other small American communities, experienced a change in its retail economy as many long-established locally owned shops closed, due in large part to loss of business to large nationally owned retailers. Although many of the former stores have been replaced by specialty gift shops and antique stores, catering to tourists as well as locals, many businesses and stores have closed and not re-opened.

On May 19, 1999, the Lake Center Mall, that was built on 1974, was destroyed by an act of arson, starting in the Dollar General Store. The entire site was remodeled onto a Strip Mall where Cinema 4 Theatres and a Pizza Ranch located there in the mid 2000s. The Pizza Ranch has since closed.

In 1984, the Appanoose County Community Railroad was formed out of discarded pieces of the abandoned Norfolk Southern (formerly Wabash/Norfolk and Western), Burlington Northern (formerly Chicago, Burlington and Quincy), and Chicago, Rock Island and Pacific lines to maintain a rail link to the outside world. It runs to A connection with the BNSF Railroad in Albia. Forming the railroad helped to bring Rubbermaid to the city. The APNC was later succeeded by the Iowa Southern Railway in 2016 and still provides rail service to the city. The Southern Iowa Railroad was an electric interurban that used to connect Centerville to Moravia with a branch to Mystic. The railroad disbanded in 1967 without the bother of state or federal permission.

Since the 1990s, Centerville has focused on quality-of-life issues in an attempt to attract and keep young families in the area. A new emphasis on the arts, culture and local history has emerged, culminating in the Townscape project to beautify the Courthouse Square Historic District. However, a great deal of effort has also been expended in securing the town a reputation as a retirement center. To that end, many retirement homes and assisted-living facilities have been refurbished or newly constructed.

According to data from Iowa Workforce Development, the largest employers in Centerville include:[25]

Since 1949 the city has conducted an annual Pancake Day festival. For the first five years, the celebration was held the first Thursday in October until 1954 when it was moved to the last Thursday in September. In 1965 the celebration was moved to the last Saturday in September. Pancake Day is a time for local businesses and organizations to cook up pancakes which they provide for free to their customers to show thanks for their continued patronage.[26] The event that is held in the Courthouse Square Historic District features a morning kiddie parade, a larger afternoon parade with a unique double-loop parade route, a beauty queen contest and free entertainment.[27]

Croatian Fest, held in Centerville to celebrate the area's Croatian Heritage, was held in the Courthouse Square Historic District from 1987 to 2004. From 2005 to 2008 the event was held at the Knights of Columbus Hall. It has not yet been held since the 2008 event, and there are no plans currently for it to be held again.

Centerville Municipal Airport is located on the southwest edge of Centerville.

View from the town square 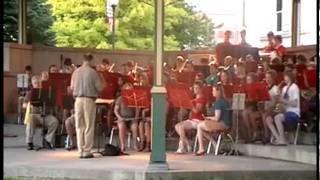 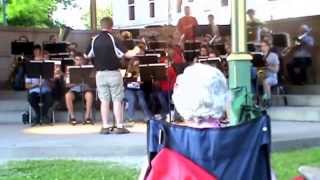 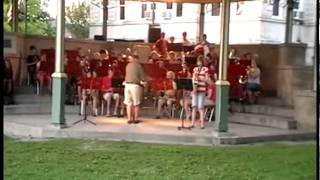 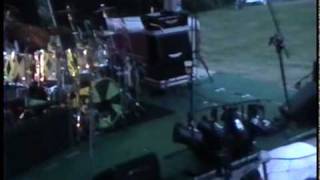 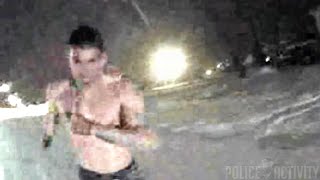 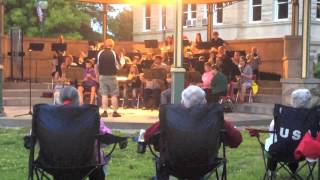 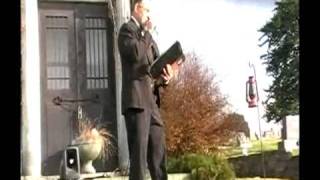 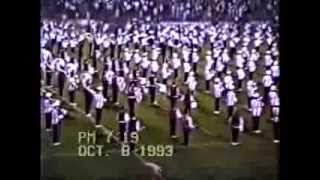 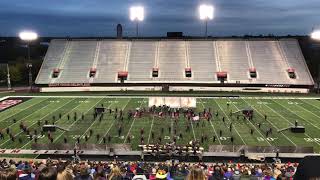 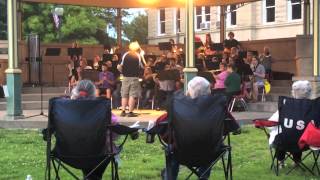 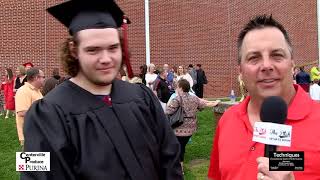 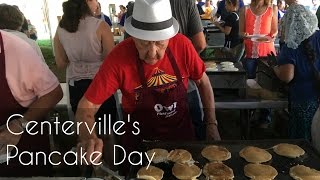 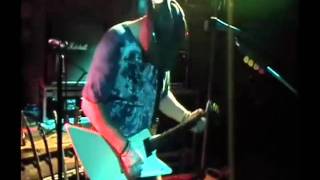 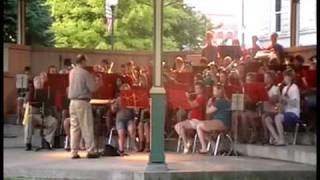 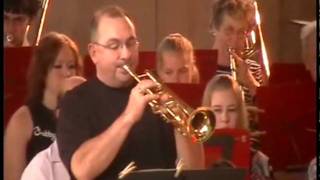 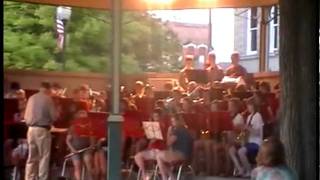 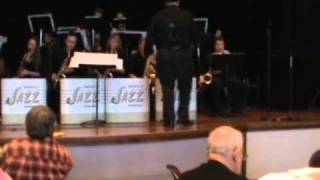 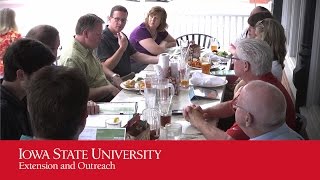 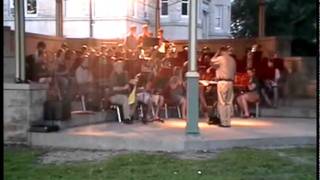