Champaign is notable for sharing the campus of the University of Illinois at Urbana-Champaign with its sister city of Urbana. Champaign is also home to Parkland College which serves about 18,000 students during the academic year.[6] Due to the university and a number of well known technology startup companies, it is often referred to as the hub, or a significant landmark, of the Silicon Prairie. Champaign houses offices for the Fortune 500 companies Abbott, Archer Daniels Midland (ADM), Caterpillar, John Deere, Dow Chemical Company, IBM, and State Farm.

Cattle Bank building, constructed in 1858, is the oldest extant building in Champaign.

Champaign was founded in 1855, when the Illinois Central Railroad laid its rail track two miles (3 km) west of downtown Urbana. Originally called "West Urbana", it was renamed Champaign when it acquired a city charter in 1860. Both the city and county name were derived from Champaign County, Ohio.[7]

On September 22, 1985, Champaign hosted the first Farm Aid concert at the University of Illinois' Memorial Stadium. The concert drew a crowd of 80,000 people and raised over $7 million for American family farmers.

In 2005, Champaign-Urbana (specifically the University of Illinois) was the location of the National Science Olympiad Tournament, attracting young scientists from all 50 states. The city also hosts the state Science Olympiad competition every year. The University of Illinois at Urbana-Champaign once again hosted the National competition on May 20-22, 2010.

In 2013, Champaign was rated fifth best place in the United States for a healthy work-life balance.[9]

Champaign is located on relatively high ground, providing sources to the Kaskaskia River to the west, and the Embarras River to the south. Downtown Champaign drains into Boneyard Creek, which feeds the Saline Branch of the Salt Fork Vermilion River.[11]

Champaign shares a border with the neighboring city of Urbana; together they are home to the University of Illinois. Champaign, Urbana, and the bordering village of Savoy form the Champaign-Urbana Metropolitan Area also known as Champaign-Urbana. It may also be colloquially known as the "Twin Cities" or Chambana.[]

In addition to the University of Illinois, Champaign is also home to Parkland College. Herff Jones, formerly Collegiate Cap and Gown, and Kraft also form part of the city's industrial base. Kraft's plant is one of the largest pasta factories in North America.

In April 2011, the Christian Science Monitor named Champaign-Urbana one of the five cities leading the economic turnaround based on jobs; the information sector added over 300 jobs within a year and unemployment dropped 2.1%.[18] The Illini Union at the University of Illinois at Urbana-Champaign. The university is the city's top employer.

According to the Champaign County Economic Development Corporation,[22] the top ten employers in the city are:

The Champaign-Urbana community is a well-known hub for startups, including a top ranking from Silicon Prairie News in 2019.[23]

In the 1980s, part of the downtown Champaign area (Neil St.) was closed to vehicular traffic to create a pedestrian mall, but this short-lived experiment was scrapped when business declined. As part of a revitalization effort, One Main Development constructed two new mixed-use buildings: One Main and M2 on Neil. The City of Champaign gave $3.7 million in tax incentives for the building of M2 and agreed to pay nearly $11 million for a new parking deck.[24]

This growth in downtown Champaign coincided with the larger growth of the "north Prospect" shopping district on the city's northern boundary. The growth in the north Prospect area relied, in part, on leapfrogging, moving out to the countryside and developing more remote farm land that eventually connects to the main development. Given the overwhelming success of such suburban shopping areas nationally, new development within any city center represented an alternative to the dominant movement out and away from the cities.

North view of one of several alleyways in Downtown Champaign

In April 2007, One Main Development broke ground on M2 on Neil, a nine-story, $40 million, mixed-use project - the largest ever for downtown Champaign - located at the corner of Neil and Church Street. M2 on Neil features retail and office space, and 50 upscale condominiums.

The project was expected to be complete in late 2008, but experienced delays in construction, partially due to $5 Million in mechanics liens filed against One Main Development,[25] as well as a large fire on an adjacent property that caused substantial facade damage to M2.[26] Construction on the commercial shell and core and the residences was completed in the Summer of 2009. New condo owners began moving into M2 in April 2009 and the first ground-floor tenant, a branch of local BankChampaign, opened its doors in November 2009.[27] Destihl, a restaurant and brewpub, opened in Spring 2011, and two other restaurants opened in ground-floor space in Fall 2011.

The City of Champaign has constructed a six-story parking structure on Hill Street adjacent to M2, intended to service the greater Downtown; it was completed in May 2009.[28]

The Champaign City Building serves as the City Hall and is a recognizable landmark. The building replaces the original city building, which sat on the same site until 1937. A statue of Roger Ebert giving his "thumbs up" outside the Virginia Theater.

The Art Theater Co-op, which shows independent and foreign films, was built in 1913 as the Park Theatre. From 1969 to 1986, it showed adult films.[29] Until October 2019, it was the only single-screen movie theater operating daily in Champaign-Urbana, and was the United States's first co-operatively owned art movie theater.[30][31]

The historic Virginia Theatre is a recently restored 1525-seat movie theater, dating back to the 1920s. It has an ornate, Spanish Renaissance-influenced interior, full stage and dressing rooms, and an elaborate Wurlitzer pipe organ. It hosts Roger Ebert's Overlooked Film Festival[32] and has a single 56' x 23' screen. The theater does not have a daily show schedule, but schedules special screenings and live performances several times each month.

A view of Green Street in Campustown, facing east

Located along Green Street, this commercial district serves as the entertainment and retail center for students at the University of Illinois and citizens of the Champaign-Urbana Metropolitan Area. This area has been undergoing change since 2002 with the completion of a new $7 million streetscape project. Campustown is now attracting new retail and entertainment stores as well as serving as the center for new construction projects. Several new projects opened in 2008 including the 18-story Burnham 310 high-rise and grocery store at 4th and Springfield, and a new 24-story apartment building called 309 Green.[33]

The newly renamed Tower at 3rd (formerly Champaign Hilton, Century 21, Quality Inn, University Inn, Presidential Tower) is located in the University District and is over twenty stories high. A hotel until 2001, it currently houses student apartments.[34]

A new 14-story apartment complex was completed in 2014 at the intersection of 6th and Green streets (site of the former Gameday Spirit).[35] A 12-story, mixed-use complex consisting of a hotel, apartments and parking was scheduled to be completed by August 2015. The mixed-use complex is reported to consist of two towers which will be connected by a skywalk. A 27-story apartment building is planned at 308 East Green Street.[36] This high-rise is reported to have an automated parking vault which will be operated by an elevator.[37]

During its history, the city has been home to several separate minor league baseball clubs. The first in 1889 was a shared club between Champaign and Logansport, Indiana called the Logansport/Champaign-Urbana Clippers. The Clippers played for one season in the Illinois-Indiana League before folding.[44]

The city hosted its second team, the Champaign-Urbana Velvets from 1911-1914 who played in the Illinois-Missouri League until the league disbanded after 1914.[45]

The city's most recent minor league team was the Champaign-Urbana Bandits who played during the single 1994 season of the Great Central League.[46] The Bandits played at Illinois Field. Prior to holding postseason play, the league folded.

Twice Champaign was also home to a Collegiate Summer Baseball League team. The city's Champaign County Colts were a founding member of the Central Illinois Collegiate League from 1963-1964. In 1990 the Colts were revived as the Champaign-Urbana Colts until the team folded in 1996. The more recent club played its home games at Illinois Field.[47]

In October 2014, the Midwest Professional Basketball Association announced the creation of the Champaign Swarm as one of its founding members, that began play at the Dodds Athletic Center in January 2015. Built from 1922-1923, Memorial Stadium was named in honor of the students and faculty members who died overseas during World War I. Since opening in 1923, Memorial Stadium has been home to Illinois Fighting Illini football. The stadium also was the temporary home of the NFL's Chicago Bears for the 2002 season while its regular venue Soldier Field was being renovated.

Champaign is also served by two private high schools. The larger of the two is a Roman Catholic High school, St. Thomas More High School which is located on the city's far northwest side. The school opened in 2000 and is the newest charter of the Roman Catholic Diocese of Peoria.

The other is Judah Christian School, which is located just south of I-74 on Prospect Avenue. Judah Christian opened in 1983 and serves about 120 9th- 12th grade students. The entire school's pre-K through 12th grade enrollment is a little more than 500 students.

Located within Champaign are two institutions of higher education, the University of Illinois at Urbana-Champaign and Parkland College.

NOAA Weather Radio station WXJ76 transmits from Champaign and is licensed to NOAA's National Weather Service Central Illinois Weather Forecast Office at Lincoln, broadcasting on a frequency of 162.550 MHz (channel 7 on most newer weather radios, and most SAME weather radios). The station activates the SAME tone alarm feature and a 1050 Hz tone activating older radios (except for AMBER Alerts, using the SAME feature only) for hazardous weather and non-weather warnings and emergencies, along with selected weather watches, for the Illinois counties of Champaign, Coles, DeWitt, Douglas, Edgar, Ford, Moultrie, Piatt, and Vermillion. Weather permitting, a tone alarm test of both the SAME and 1050 Hz tone features are conducted every Wednesday between 11 AM and Noon.

Champaign is served by I-57, I-72, I-74, two railroad lines, and the University of Illinois operated Willard Airport (CMI).

Housed at the Willard Airport was the University of Illinois Institute of Aviation, which was forced to close for the 2013-2014 academic year due to university budget cuts after 60 years of operation.

The local bus system, which is supported by the taxpayers of the Champaign-Urbana Mass Transit District (MTD) and the University of Illinois, serves Champaign, Urbana, Savoy, and surrounding areas. The C-U MTD has twice been named as the best local transit system in the United States.[52]

In 1999, a newly designed intermodal transportation center, aptly named Illinois Terminal by historic reference to the defunct electric interurban rail line that once ran through Champaign, was completed and serves as a central facility for intercity passenger rail, bus services as well as the MTD's local bus network.

The former Illinois Central Railroad line -- now part of the Canadian National system -- runs north to south through the city. A spur line from the Canadian National line provides service to several large industries, including two large food processing plants, on the west edge of Champaign and two grain elevators in outlying communities to the west. The Norfolk Southern operates an east to west line through Champaign. The NS line connects industries in eastern Urbana to the Norfolk Southern main line at Mansfield, Illinois, west of Champaign. The line now operated by Norfolk Southern is the former Peoria & Eastern Railway, later operated as part of the Big Four (Cleveland, Cincinnati, Chicago and St. Louis Railway), New York Central, Penn Central, and Conrail systems, being sold by Conrail to Norfolk Southern in 1996. Construction of the line was begun by the Danville, Urbana, Bloomington and Pekin Railroad. This short-lived entity became part of the Indianapolis, Bloomington and Western Railway before the railroad was completed. 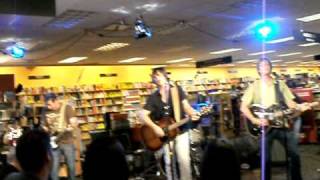 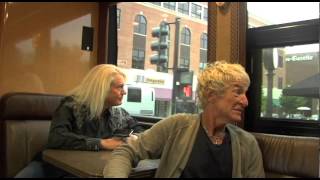 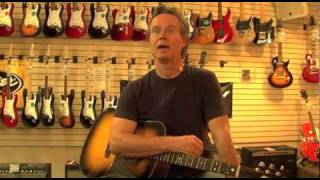 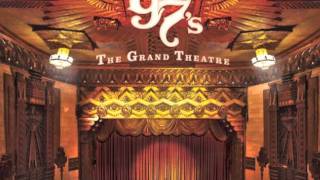 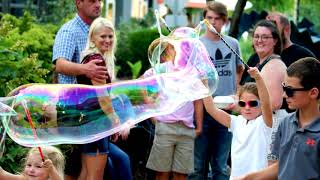 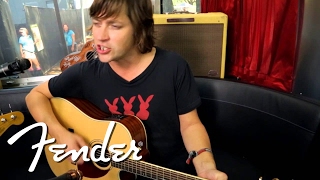 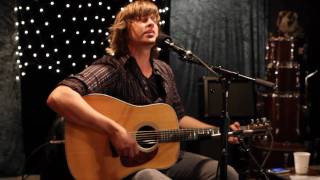 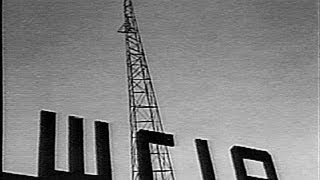 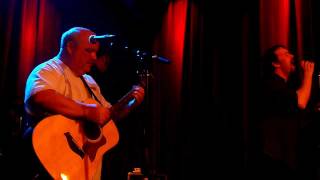 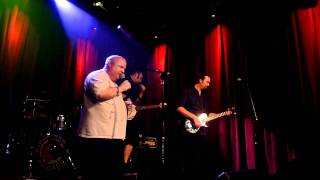 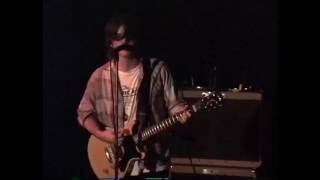 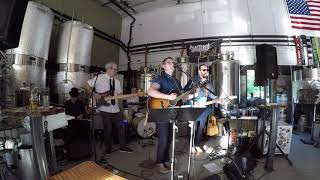 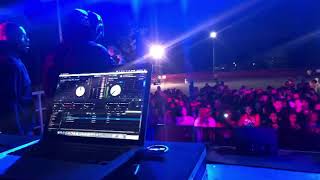 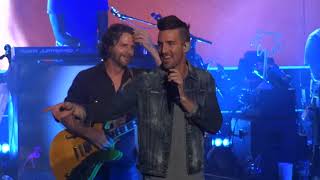 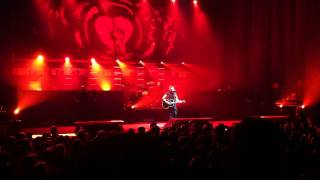 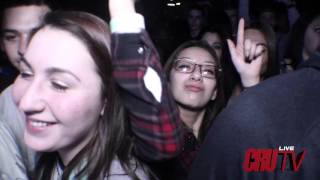 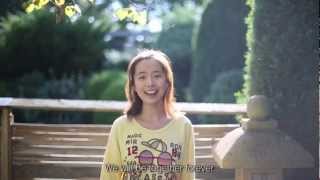 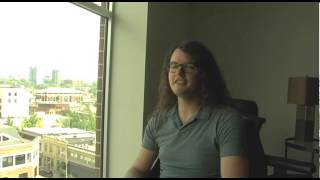 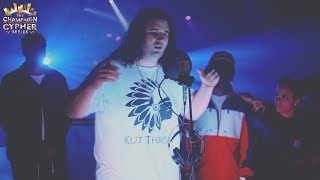