Chicago Ridge takes its name from ridges left behind when trainloads of dirt were brought out by the Wabash Railroad during construction of the Columbian Exposition of 1893.

Incorporated on October 17, 1914, the village has an area of approximately 2.2 square miles (5.7 km2) and is located in the southwestern portion of Cook County, Illinois, about 20 miles (32 km) southwest of downtown Chicago.[4]

The path of Stony Creek arcs through the village. It is not only an old creek but also the remnants of a feeder canal for the Illinois & Michigan Canal that reached from the Little Calumet River westward through the Saganash-kee Slough. Although the work on the feeder canal brought some settlers in the 1840s, German and Dutch farmers arrived after the 1850s.

Settlement increased with the coming of the Wabash, St. Louis & Pacific Railroad in 1882. Later, the Wabash would be crossed in the middle of Chicago Ridge by the Chicago and Calumet Terminal Railway, which also established rail yards in the village.

In 1898, the Paul E. Berger Company, manufacturers of cash registers and slot machines, located adjacent to the railroad. The Berger Company built housing for its employees, and a settlement emerged around the factory, with a tavern, rooming house, and grocery store. The first post office opened in 1900 in the Berger factory, and in 1902 the Wabash Railroad established a train station.

Both Chicago Ridge and Worth benefited from the activity and economic influences of a racetrack operating on 111th Street. Local residents proudly recall that a member of one of the founding families of the Chicago Ridge area, Fred Herbert, won the Kentucky Derby in 1910.[5] The racetrack was torn down in 1911 and is now the site of Holy Sepulchre Cemetery.

After Oak Lawn incorporated in 1909, Chicago Ridge considered the move. An incorporated government could replace wooden sidewalks, deal with the stagnant waters in the swampy areas, initiate local municipal services and provide locally elected and accountable officials. They accomplished those tasks and more. Their successors then built on those early improvements with paved streets, sewers, street lights, and sidewalks. They also brought Lake Michigan water to the area.

Chicago Ridge grew from 176 in 1920 to 888 in 1950. With the great demand for housing and the expansion of road networks to include expressways, Chicago Ridge was poised for growth. Along with a strong new industrial and commercial base, the population increased dramatically, to 5,748 in 1960 and 14,127 in 2000.[6]

Located in Cook County, the village is 18 miles (29 km) southwest of the Loop. Chicago Ridge's irregular shape is bounded by Oak Lawn on the north and east, Bridgeview and Palos Hills on the west, and Worth on the south.[6]

Charles Polchow served as the first president of Chicago Ridge when it organized as a village in 1914. He emigrated to the United States from Germany in 1897. Charles and his wife, the former Luzina Zippel, arrived March 10, 1897, to Chicago Ridge. Their first home was a farmhouse at 107th near Oak Park Avenue, where their first four children were born. Later the family moved to another farmhouse at 105th and Central, where they had seven children. One of his sons, Herbert Polchow, became village president of Chicago Ridge in 1953. Farming was the Polchow family's first occupation, but in 1919 at 107th and South Ridgeland Avenue the family built Polchow's Grove and Tavern. Polchow's was one of three taverns, the others being John Henry Meyer's Chicago Ridge Hotel at 103rd and South Ridgeland Avenue and Liberty Hall. Charles Polchow died in 1951 at the age of 78.

Henry Schmalen was Village President from 1921 to 1924. He moved from Chicago to Chicago Ridge after he retired from the wholesale meat business. His niece was Mary Maker, the first women trustee in Chicago Ridge.

Arthur W Meyer was Village President from 1925 to 1926. His father was John Henry Meyer who operated the Chicago Ridge Inn and Hotel which included a tavern, next to the railroad tracks at 103rd and Ridgeland Ave.

Peter Ruices was Village President from 1927 to 1934. The Ruices family owned Rucies Tavern and Grove at 106th Street and Ridgeland Avenue which was a popular spot for special events.

Bruno Duckwitz was Village President 1937 to 1942. He resigned his position to enlist in the armed forces in 1942 and serve active duty during World War II. After the War, Duckwitz operated a popular Laundromat at 106th and Ridgeland until it was destroyed in a fire.

John Dokner was Village President from 1943 to 1944. He spent 20 years in public service. He was on the local school board and a longtime member of the towns board of auditors. Upons this death in 1968, Worth Township issued Resolution No. 68-I honoring his service.

William Walsh was Village President from 1945 to 1952, president of the board of education, justice of the peace, and Worth Township Democratic Committeeman.

Joseph Coglianese was Village President from 1965 to 1974. The Chicago Ridge library, Public Works and Park District were formed under his administration. Firehouse 2, a Park District Building, a Police Car Garage and Elden D Finley Jr High were built during this time. His term was cut short by legal proceedings.

William Paulus was Village President from 1955 to 1956. Mayor Paulus was married to Marie Paulus, the town's postmaster for 1927 to 1954, and the post office was operated from their home.

Over the years, recreational and cultural amenities including parks and a library, as well as business and industry were added to the picture.

Landis Plastics, Inc. is based in Chicago Ridge, with five domestic facilities supporting North American customers. Landis manufactures injection molded and thermoformed plastic packaging for dairy and other food products. Over the past 15 years, Landis has experienced robust organic growth in sales of 10.4%.[13] During 2002, Landis generated $211.6 million of net sales. Landis Plastics, Inc. was purchased by Berry Plastics Corp. in 2003.[14]

The Park at Chicago Ridge is a 135-acre (0.55 km2) industrial park located off Southwest Highway at 103rd Street, which features rail transport and easy access to major expressways, including the Tri-State Tollway, and the Stevenson and Eisenhower expressways.[15]

Chicago Ridge hosts the annual RidgeFest celebration the last weekend in July at Freedom Park. It is one of the best-known summer festivals in the southwest suburban Chicago area. It consistently draws large crowds from throughout the Chicago metropolitan area.[16]

Public schooling is provided through the [[Chicago Ridge School District 127​]]. Elden Finley Junior is Chicago Ridge's middle school. The mascot is a Viking. The colors are black, white, and gray. They provide grades 6 through 8.

Ridge Central Elementary School is one of Chicago Ridge's elementary schools. The mascot are stars, and the colors are navy blue and gold. They provide grades pre-kindergarten through fifth.

Ridge Lawn Elementary School is the other of Chicago Ridge's elementary schools. The mascot is an eagle. The colors are royal and white. They provide grades pre-kindergarten through fifth.

The Roman Catholic Archdiocese of Chicago operates Catholic schools. Our Lady of the Ridge Catholic School closed in 2018.[17] 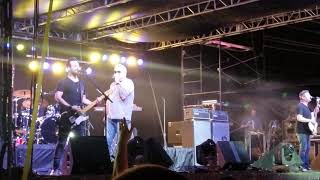 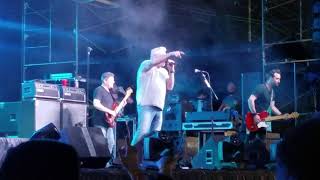 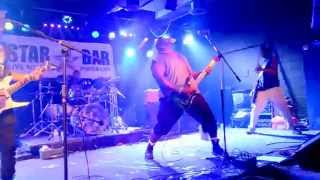 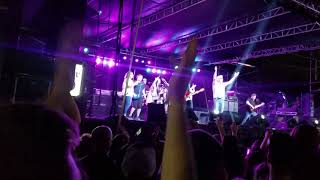 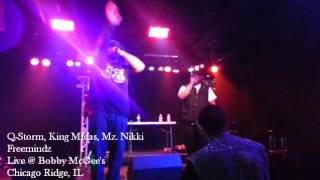 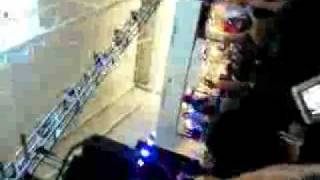 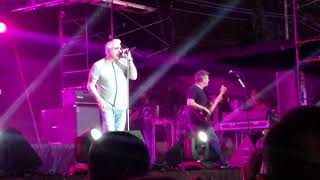 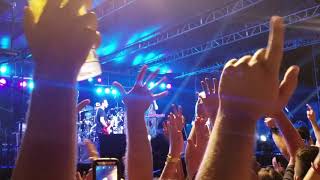 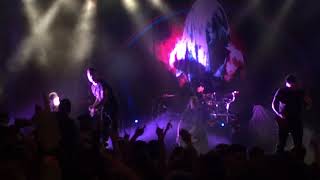 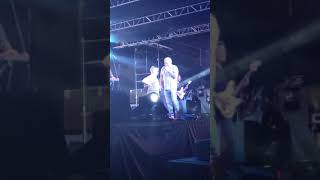 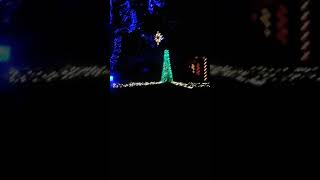 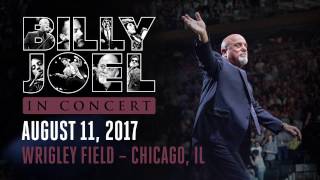 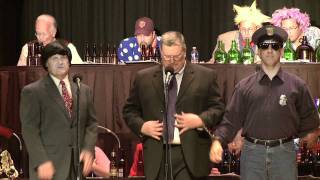 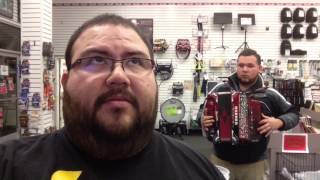 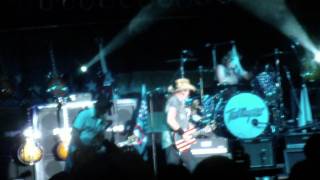 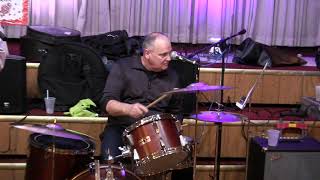 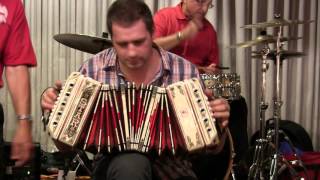