The town of Clifton turned 100 years-old in 2017 but documented settlements in the area date back to 1679 when indigenous leader, Captahem, gifted a deed for 11,000 acres along the shores of the Passaic river to Hans Frederick.[25] The modern name of "Clifton" was derived from the cliffs of Garrett Mountain which borders the Montclair Heights neighborhood in the western part of the city.[25] Clifton was an agricultural hub and home to the U.S. Animal Quarantine Station was operated in Clifton by the United States Department of Agriculture starting in 1903. It was served by the Newark Branch of the Erie-Lackawanna Railroad. It was the primary location on the East Coast where animals from poultry, horses and cattle to zoo animals were held in quarantine after being brought into the United States to ensure that the animals were not infected with diseases that could be spread in the U.S. The station operated in Clifton until the late 1970s, when the facility was relocated to Stewart International Airport.[26]

Although Clifton and surrounding towns have long converted from farmlands to suburban communities, given their close proximity to Manhattan (Clifton is less than 15 miles directly west from Midtown),[27] the town still boasts two small working farms that sell fresh organic vegetables in-season:

Clifton is located 10 miles (16 km) west of New York City off both Route 3 and Route 46. The city is also served by the Garden State Parkway, Route 19 and Route 21.

The city borders the municipalities of Little Falls, Passaic, Paterson and Woodland Park in Passaic County; Elmwood Park, Garfield, Lyndhurst and Rutherford in Bergen County; and Bloomfield, Montclair and Nutley in Essex County.[31][32][33]

The most common ancestry groups in Clifton as of 2000 were Italian American (17%), Polish American (13%), Irish American (9%) and German American (8%).[43] Many Turkish, Albanian, and Ukrainian immigrants also live in Clifton. There are significant populations of Puerto Ricans, Dominicans, Peruvians, Colombians, Arabs, Filipinos, Chinese, and Indians as well. Businesses in Clifton include:

The city of Clifton is governed under the 1923 Municipal Manager Law. The city is one of seven municipalities (of the 565) statewide governed under this form.[47] The governing body is the City Council, which is comprised of seven council members, with all positions elected at-large on a non-partisan basis to concurrent four-terms of office as part of the November general election. The mayor is chosen by the City Council, with the position traditionally given to the top vote getter in the previous election.[8] Clifton's municipal elections had been held in May as required for municipalities conducting non-partisan elections. Following the passage of a state law in 2010 allowing non-partisan elections to be shifted to November, Clifton voters were overwhelmingly in favor of the move in a non-binding referendum held in November 2013. On December 13, 2013, the Clifton City Council voted 6-0, with one abstention, to make the move to a November election binding, which had the effect of extending the terms of all sitting council members by six months, from June 30 to December 31. Officials cited increased voter participation and reduced costs as the justifications behind supporting the shift.[48]

As of 2020[update], Clifton's mayor is James Anzaldi, whose term of office ends December 31, 2022. Anzaldi has been a member of the City Council since 1978 and was first selected to be mayor in 1990, succeeding two-term Mayor Gloria Kolodziej. Anzaldi is the first mayor in Clifton's history to be elected to six terms.[49] The other members of the City Council are Peter C. Eagler, William "Bill" Gibson, Raymond Grabowski, Lauren E. Murphy, Rosemary Pino and Mary Sadrakula, all of whom are serving concurrent terms of office that end on December 31, 2022.[4][50][51][52]

If at any time a seat becomes vacant on the council, it is filled by special election unless the vacancy occurs during a council election year. In the interim, the council is allowed to appoint an interim councilperson to fill the seat until the election can take place (again, except when the entire council is up for election); common practice is to nominate the eighth-place candidate from the previous election.

The city has done this four times since 1990:

For the 2018-2019 session (Senate, General Assembly), the 34th Legislative District of the New Jersey Legislature is represented in the State Senate by Nia Gill (D, Montclair) and in the General Assembly by Thomas P. Giblin (D, Montclair) and Britnee Timberlake (D, East Orange).[69][70] Timberlake was sworn into office on January 29, 2018 to fill the seat of Sheila Oliver, who had resigned from office on January 9, 2018 to become Lieutenant Governor of New Jersey.[71][72]

With more than 3,300 students enrolled, Clifton High School is the largest single-facility high school in New Jersey; Elizabeth High School had more students, but they were spread over multiple campuses before the school was split into separate academies.[121] An additional overflow site, the Clifton High School Annex, was constructed at a cost of $17 million and opened in September 2009 to accommodate 540 of the school year's 850 incoming Freshman to alleviate overcrowding.[122]

Classical Academy Charter School of Clifton, a charter school for Clifton residents that provides an education based on the classics to students in sixth through eighth grades, was recognized in 2008 by the National Blue Ribbon Schools Program.[123]

Private schools in Clifton include Saint Philip Preparatory School, a K-8 elementary school that operates under the auspices of the Roman Catholic Diocese of Paterson.[124] St. Andrew the Apostle School was closed after the 2017-18 school year due to financial challenges and a decline in the number of students registering for the new school year.[125] St. Brendan Catholic School, which opened in 1946, was closed after the 2018-19 school year and merged with the Academy of St. James in Totowa, with the merged school to be called The Academy of St. James and St. Brendan.[126]

The Clifton Police Department is a full-service department and employs 159 sworn officers, 20 public safety telecommunicators, 12 civilians and 25 part-time special officers.[127] The department is led by Chief Mark Centurione, who was sworn into the position in May 2016.[128]

Hatzolah of Passaic/Clifton EMS is a volunteer service that primarily covers the Passaic Park neighborhood of Passaic and parts of Clifton, in addition to assisting local police and EMS when requested in other parts of the city. Hatzolah operates two ambulances strategically parked throughout the community with a third on standby and available to assist neighboring chapters such as Union City and Elizabeth.[129]

US 46 eastbound in Clifton

NJ Transit trains at the Clifton station[133] and Delawanna station[134] follow the NJ Transit Main Line to Suffern and Hoboken Terminal.[135] Until 1966, the Newark Branch of the Erie-Lackawanna Railroad served several stations in the town, Athenia (Colfax Avenue) and Allwood.[136] The Newark Branch tracks are now used for freight only, operated by Norfolk Southern.[137]

DeCamp Bus Lines provides service on the 33 and 66 routes to the Port Authority Bus Terminal in Midtown Manhattan.[140]

People who were born in, residents of, or otherwise closely associated with Clifton include: 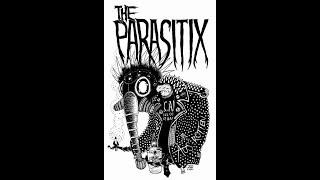 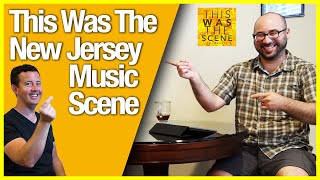 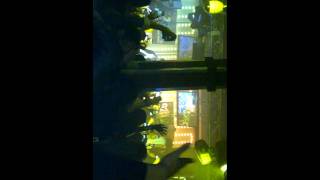 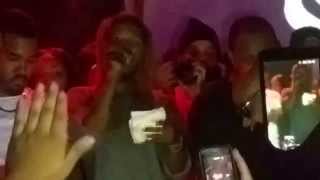 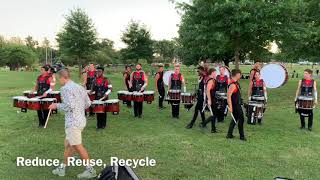 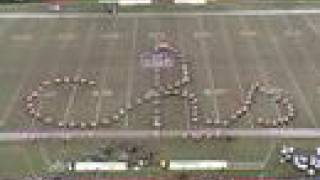 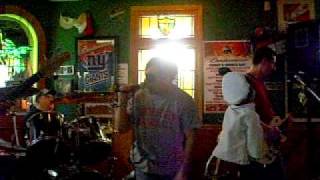 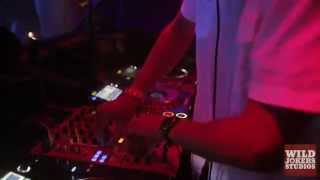 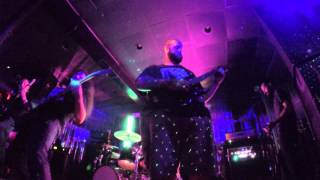 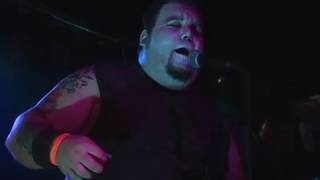 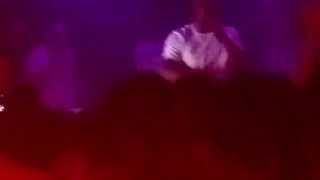 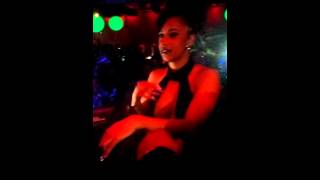 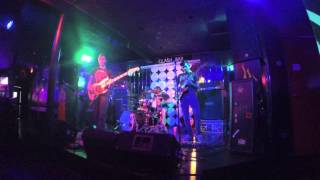 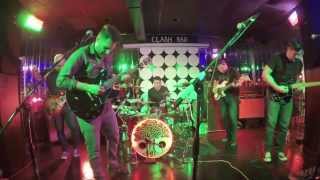 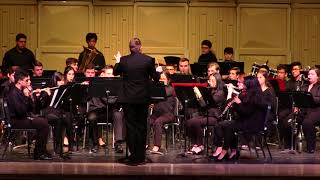 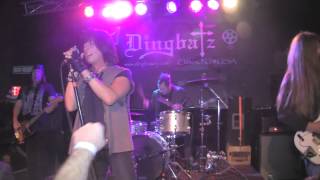 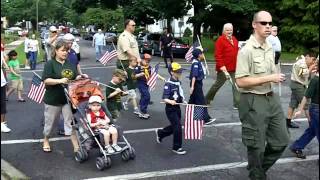 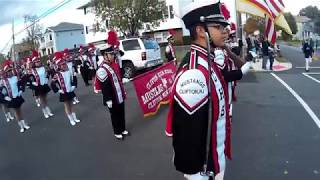