Cookeville is named for Richard Fielding Cooke, who came to Tennessee in 1810 and settled nearby. Cooke was twice elected to the state senate, and was influential in establishing Putnam County.[13][14]

Cookeville was chosen as the county seat because it had a spring which provided water to the community.[15]

The Isbell Hotel was completed prior to 1886, and was the first hotel in Cookeville.[15]

In 1890, the Nashville and Knoxville Railroad was completed through Cookeville.[16]

A basic charter for the city was adopted under a private act of the State of Tennessee in 1903.[16]

Marine One flying over tornado damage in Cookeville, March 6, 2020

Located on the Highland Rim, Cookeville's elevation (1100 ft AMSL) is a few hundred feet higher than either Nashville or Knoxville. As a result, temperatures and humidity levels are generally slightly lower in Cookeville than in either the Nashville Basin or in the Tennessee Valley.

Three man-made lakes maintained by the Corps of Engineers are located near Cookeville, created to help flood control in the narrow valleys of the Cumberland Plateau: Center Hill Lake, Cordell Hull Lake, and Dale Hollow Lake. Two smaller man-made lakes, City Lake and Burgess Falls Lake, lie along the Falling Water River, which flows through the southeastern part of the county. Cane Creek Lake, created by an earthen dam built by the Civilian Conservation Corps, lies in the western part of the city.

There were 12,471 households, out of which 25.2% had children under the age of 18 living with them, 37% were married couples living together, 12% had a female householder with no husband present, and 46.5% were non-families. Of all households 33.9% were made up of individuals, and 10.9% had someone living alone who was 65 years of age or older. The average household size was 2.19 and the average family size was 2.83.

Cookeville is the county seat and largest city in the Upper Cumberland region of Tennessee, and as such, is known as the "Hub of the Upper Cumberlands."[22] Cookeville is located at the center of the labor market area consisting of Putnam, Cumberland, DeKalb, Jackson, Overton, Smith and White counties, with a civilian labor force in 2013 of 103,500 jobs (roughly one-third of which are in Putnam County itself).[23] As of June 30, 2017[update], there were 16 commercial banks and three credit unions operating in the city, with combined deposits totaling over $2 billion.[23] Total retail sales in Cookeville for 2016 were $1.6 billion.[23] The unemployment rate as of May 2017[update] in Putnam County was 3.0%, down from April 2017's rate of 3.7%.[24] The cost of living in Cookeville is low, and the city ranked 8th in the United States on the Center for Regional Economic Competitivess Cost of Living Index in 2016.[25]

Manufacturing is the largest sector in Cookeville's economy with over 100 plants and 8,000 employees. With 13% of the workforce, retail trade employs about 4,200 people and is the second largest sector in the Cookeville economy. Health care workers comprise about 12% of the work force with 3,840 employees. Education is another major sector with nearly 2,000 employees at Tennessee Technological University and the public school system.

There are a number of companies based in Cookeville. In 2006 Oreck manufacturing moved their Long Beach, Mississippi plant to Cookeville after Hurricane Katrina. Oreck employs about 500 people and is a prominent business in the region. The trucking company Averitt Express is based in Cookeville, as is J&S Construction. The manufacturing company ATC Automation is also based in Cookeville, and in 2016 announced a $10.4 million investment plan intended to add 110 engineering jobs to the city.[27] Later in 2016, Academy Sports + Outdoors opened a 1.6 million square foot distribution center in Cookeville, the largest distribution center in the state under one roof and employing 700.[28] Also in 2016, Spanish automotive supplier Ficosa relocated a factory and 450 jobs from nearby Crossville to a new, $58 million facility in Cookeville where it added an additional 550 jobs. The Ficosa plant produces high-tech rear-view mirrors.[29]

In 2017, Science Applications International Corp. (NYSE:SAIC) announced that it is establishing its first center of excellence to deliver information technology services in downtown Cookeville. It will be named the Technology Integration Gateway and will employ 300 information technology (IT) professionals when fully developed.[30] Also in 2017, Scottsdale, AZ, based Digital Dream Forge opened a software testing facility in Cookeville, employing 80.[31] In 2018, Italian tile and glass maker Colorrobia announced it would open a $5 million laboratory in Cookeville to service ceramic tile factories in the area.[32]

Interstate Drive, located parallel to Interstate 40 at the south end of town, is the site of many popular restaurant and hotel chains. A new 228,000 square foot retail park is now operational using the name of the Shoppes at Eagle Point just off of Interstate Drive at the intersection of South Walnut Ave. and E. Veterans Dr.[33] Downtown's West Side is the site of several locally owned retail stores and restaurants, including the Cream City ice cream and coffee shop, Ralph's Donut Shop, Crawdaddy's West Side Grill, The Backroom Bistro, World Foods, The Blue Pig, Father Tom's Pub, Seven Senses Food & Cheer, and others. Cookeville is also home to three of the region's microbreweries, the Red Silo Brewing Company, Hix Farm Brewery, and Jig Head Brewing Company.[34]

Cookeville is considered to be Crossfit's "global mecca," with many of the world's top Crossfit Games athletes living and training together at four-time individual champion Rich Froning's Crossfit Mayhem location.[35] Cookeville is predominantly a college town, home to Tennessee Technological University since 1915. Tennessee Tech is a public university with programs concentrating in Science, Technology, Engineering, and Mathematics (STEM) studies and is ranked by US News & World Report as #35 on the list of the Top Regional Universities in the South,[39] as well as the most under-rated university in the state of Tennessee.[40] The university is rated under, "Doctoral Universities - High Research Activity (R2)" by the Carnegie classification system among schools with at least twenty (20) doctoral graduates per year.[41] In addition to its outstanding science and engineering programs, the university is also home to the Mastersingers and the Tennessee Tech Tuba Ensemble, led by renowned professor, R. Winston Morris.[42]

In addition to Tennessee Tech, Cookeville is also home to a satellite campus of Volunteer State Community College as well as the Tennessee Bible College, a Christian college affiliated with the Churches of Christ.

Cookeville is located approximately 80 miles (130 km) east of Nashville and 100 miles (160 km) west of Knoxville along Interstate 40 (I-40). Chattanooga is approximately 98 miles (158 km) to the south via Tennessee State Route 111 (SR 111). U.S. Route 70N (US 70N, Spring Street in central and eastern Cookeville, W. Broad Street on the western side) runs east-west through the central business district of the city, which is approximately 1.5 mi (2.4 km) northwest of the interchange of I-40 with SR 111. The major city streets running through the city are North Washington Ave. and South Jefferson Ave., which run north-south through the central business district, and Willow Ave., running north-south and immediately adjacent to Tennessee Tech University. In addition to Spring Street (US 70N), 10th Street runs east-west and connects North Washington Ave. with the neighboring town of Algood, and 12th Street runs east-west and connects North Washington with Willow, and leads out of town to the west, connecting with Tennessee State Route 56 (SR 56, Gainesboro Highway), via Tennessee State Route 290 (SR 290). Running east-west adjacent to I-40 in the southern section of the city is Interstate Drive, which is populated by several national restaurant chains, hotels, and other businesses.

There are no commercial passenger airports in the area. Located in White County approximately 8.5 nautical miles (15.7 km) south of the central business district of the city is the Upper Cumberland Regional Airport (ICAO: KSRB, FAA LID: SRB), which is a small, general aviation airport serving primarily single-engine aircraft. Commercial flights are available to residents at Nashville International Airport (IATA: BNA, ICAO: KBNA, FAA LID: BNA), which is located along I-40 72 mi (116 km) to the west. Airport shuttles are available for transportation to Nashville International, and the Upper Cumberland Human Resource Agency (UCHRA). UCHRA's Connect Upper Cumberland service route provides each community with daily intercity bus service on I-40 and I-24 routes into Nashville and Murfreesboro with stops along the route including the Greyhound Bus Station, airport, and other requested destinations.[46] Since Cookeville's founding, rail transport was a major part of the economy, and the Tennessee Central Railway connecting Nashville and Knoxville had a major rail depot in the central business district. This railway was used primarily to transport the coal and minerals of East Tennessee to the markets of the midstate region. The coal industry declined during the 1960s, and the Tennessee Central Railway was discontinued in 1968. Construction of a bicycle trail adjacent to the railway's path began in August 2013, with the reconstruction of the rail depot in Monterey. Plans are to connect this depot and the rail depot in Cookeville's central business district (now a museum) with a 19 mi (31 km) bicycle trail.[47] 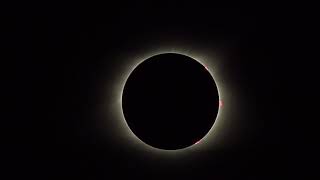 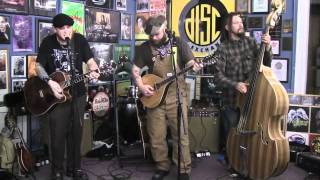 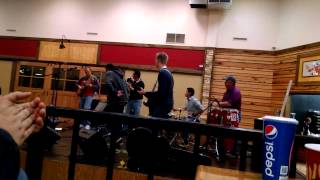 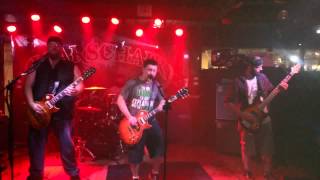 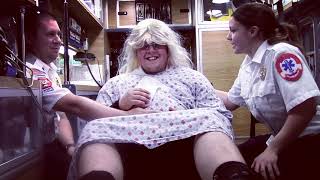 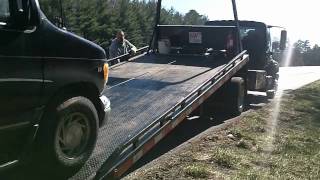 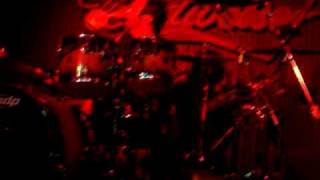 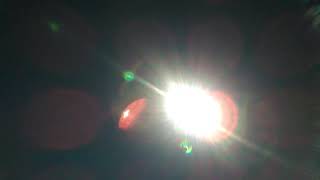 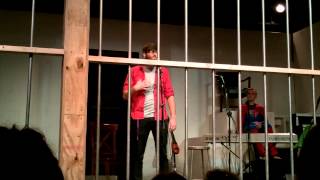 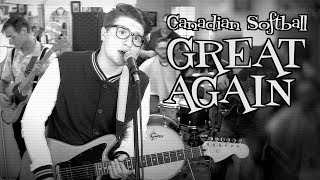 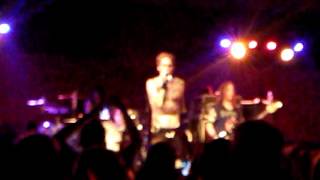 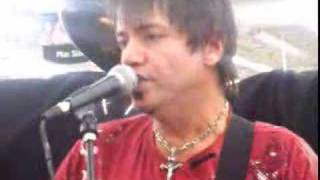 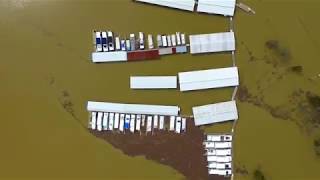 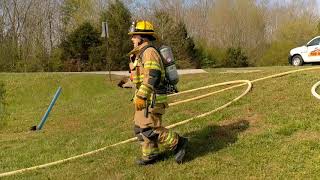 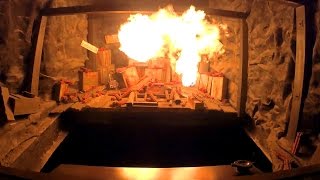 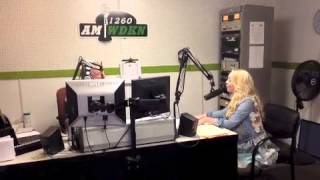 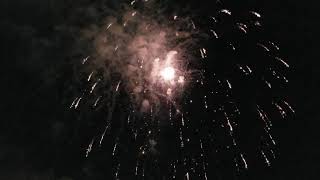