Daddy Cool is an Australian rock band formed in Melbourne, Victoria in 1970 with the original line-up of Wayne Duncan (bass, vocals), Ross Hannaford (lead guitar, bass, vocals), Ross Wilson (lead vocals, rhythm guitar, harmonica) and Gary Young (drums, vocals) .[1][2] Their debut single "Eagle Rock" was released in May 1971[1][3] and stayed at number 1 on the Australian singles chart for ten weeks.[4][5][6] Their debut July 1971 LP Daddy Who? Daddy Cool also reached number 1 and became the first Australian album to sell more than 100,000 copies.[1][5][7] Their name is thought to have come from the 1957 song "Daddy Cool"[1] by US rock group The Rays. Daddy Cool included their version on Daddy Who? Daddy Cool.[8]

Daddy Cool's music featured 1950s Doo-wop style rock cover versions and originals which were mostly written by Wilson.[1][3][5] On stage they provided a danceable sound which was accessible and fun.[1] Their second album was Sex, Dope, Rock'n'Roll: Teenage Heaven from January 1972 and reached the Top Ten.[4] Breaking up in August 1972, Daddy Cool briefly reformed during 1974-1975 before disbanding again, they reformed with the band's original line-up in 2005.[1][3][5] Their iconic status was confirmed when they were inducted into the Australian Recording Industry Association (ARIA) Hall of Fame on 16 August 2006.[5]

Ross Hannaford (guitar, bass, vocals) and Ross Wilson (guitar, vocals, harmonica) formed pop / R&B Melbourne-based group The Pink Finks in 1964 while they were still attending highschool in the south eastern Melbourne suburb of Beaumaris, Victoria, they later attended the senior campus of Sandringham College.[9] They recorded a version of Richard Berry's "Louie Louie" in 1965 which led to a recording contract and three more singles.[9] In 1967 they formed The Party Machine, which had a more radical sound (influenced by Frank Zappa and Howlin' Wolf), the band included Mike Rudd (later in Spectrum) on bass guitar.[10] They released a single "You've All Gotta Go" in 1969; their printed songbooks were confiscated and burned by the Victorian Vice Squad for being obscene and seditious.[10][11] Wilson disbanded The Party Machine after receiving an invitation to travel to London to join expatriate Australian band Procession during 1969.[3] After they released Procession on Festival Records[2] Wilson returned to Australia.[3]

Wayne Duncan (bass, vocals) and Gary Young (drums, vocals) were the rhythm section of many bands, particularly instrumental groups, since the 1950s.[1][12] One of these was The Rondells, who were also the backing band for Bobby & Laurie a popular singing duo (#1 hit single "Hitch Hiker", 1966).[12]

As a side project from Sons of the Vegetal Mother, four of its members (Duncan, Hannaford, Wilson and Young) formed Daddy Cool in 1970.[1][12] All shared a love of 1950s music and initially played covers of songs from their record collections.[1][12] One of these was "Daddy Cool" (written by Bob Crewe and Frank Slay)[14] performed in 1957 by US Doo-wop band The Rays as the B side to their single "Silhouettes".,[15] however Ross Wilson has stated that the band was named before he had heard the song.[16] Daddy Cool became a popular live fixture in Melbourne.[12] Their early 1971 appearance at the Myponga Festival in South Australia upstaged their parent group, Sons of the Vegetal Mother, which subsequently dissolved.[1]

One-time child guitar prodigy Robie Porter (formerly known as Rob EG), had recently returned to Australia and established himself as record producer, purchasing a share of Melbourne independent label Sparmac Records. He saw the band's performance at a 7 May 1971 gig in Melbourne and immediately signed them to his label.[1][3] Sparmac also released Healing Force's "Golden Miles" and Rick Springfield's "Speak to the Sky".[17] The single "Eagle Rock" was released before the end of May and quickly went to number 1 on the Australian charts where it stayed for a record ten weeks.[4][18] The track written by Wilson,[14] produced by Porter,[5] was, ironically, replaced at No. 1 by a novelty version of a song from Daddy Cool's own setlist--the single "Daddy Cool", performed in Chipmunks style by the studio band Drummond.[4][19] Drummond (aka Mississippi),[19] which included Graeham Goble (later in Little River Band), had performed it in tribute of Daddy Cool.[20] "Eagle Rock" was named the second-best Australian song of all time at the 2001 APRA Awards with the best being "Friday on My Mind" by 1960s group The Easybeats.[21]

Daddy Cool's debut album, Daddy Who? Daddy Cool, sold an unprecedented 60,000 copies within a month of its release in July 1971, and became the first Australian album to sell more than 100,000 copies.[5][7] According to Wilson, the sales required for a gold album in Australia in the early 1970s had been 10,000 copies and was altered to 15000 and then 20000.[22] The band toured Australia with Spectrum (led by former bandmate Mike Rudd) on the Aquarius Tour.[10] Their second single "Come Back Again", also written by Wilson,[14] was released in September 1971 and reached #3.[4] Also in September, Jeremy Kellock (aka Jeremy/Jerry Noone) (saxophone, keyboards (ex-Sons of the Vegetal Mother, Company Caine) joined the touring lineup of the band (he had played sax on Daddy Who? Daddy Cool). The album produced by Porter, who also provided piano and steel guitar, was released in the US.[1][3] The band toured there in August 1971 but had little chart or radio success,[1][3][7] although their performances were well received.

In November, Daddy Cool aka D.C.E.P., a five-track EP was released and reached number 12.[4] Each group member sang a track, the most widely played was "Lollipop" with vocals by Wilson.[1] An edited version of the song "Hi Honey Ho", their third single, written by Wilson,[14] was released in December and reached #16.[4] The full 6:48 studio cut of the song was released on a rare promotional single

Wilson experimented more with his song writing on Sex, Dope, Rock'n'Roll: Teenage Heaven, Daddy Cool's second album. Produced by Porter again, it was released on Sparmac Records in January 1972 and incorporated more progressive material similar to Sons of the Vegetal Mother's music.[1] Two of the tracks were 1950s covers "Baby Let Me Bang Your Box" and "Sixty Minute Man" and together with the album title provoked concern in media reports.[1] It reached No. 15 on the national album charts,[4] and was released in USA as Teenage Heaven.[1] At about this time, the group were filmed by director / producer Bob Weis for a 37-minute documentary, Daddy Cool released in 1973.[23] The documentary has interviews and performances by the Duncan, Hannaford, Noone, Wilson and Young line-up.[23]

By February 1972, Noone had left, feeling that he was not fully involved in the spirit of the group. He was replaced in March by Ian "Willy" Winter (ex-Carson) on rhythm guitar who was recruited to enable Ross Wilson to concentrate on singing. The band undertook a third US tour from March-June 1972 and recorded several tracks including "Teenage Blues", "At The Rockhouse" and "Rock'n'Roll Lady" at Warner Bros. studios in L.A.[1] "I'll Never Smile Again" was released in July and reached No. 16, but by this time tensions were growing within the band and Wilson in particular was tiring of the difficulty of presenting the more progressive material he wanted to perform within the confines of the group's entrenched "good time" image. They announced their break-up soon after their return from the US and performed their last gig at the Much More Ballroom on 13 August 1972.[1] The entire concert was recorded and released as the double-album Daddy Cool Live! The Last Drive-In Movie Show, issued on Porter's new label, Wizard Records in September 1973[1] and reached #34.[4]

When asked why Daddy Cool first broke up, Wilson responded with:

It was my doing. We went over to the States three times, and even though people loved us, I felt like it was taking coals to Newcastle, you know, singing doo-wop. So I'm looking around America going, 'Gee, if I brought a contemporary band over here, maybe we could really kill.'[7]

Ian Winter returned to Carson, they produced Blown in 1972 and disbanded before On the Air was released in 1973.[24] In 1977, he rejoined Wilson in Mondo Rock.[2] Duncan and Young formed their own boogie band, Gary Young's Hot Dog in September 1972, they released two singles in 1973 "Rock-a-Billy Beating Boogie Band" and "The Saga of the Three Little Pigs".[25] Hannaford and Wilson, who were constrained by the Daddy Cool image, formed Mighty Kong in May 1973 to play more serious music,[12] they released one album All I Wanna Do is Rock before disbanding in December.[1]

Both Mighty Kong and Gary Young's Hot Dog had disbanded, and by early 1974 a reformed Daddy Cool (Duncan, Hannaford, Wilson and Young) played at the Sunbury Pop Festival which included a fledgling Skyhooks and UK band Queen - the latter two were both booed off stage.[26] In June / July, Wilson took time off from Daddy Cool to produce the recording of Skyhooks' debut album Living in the Seventies for Mushroom Records.[1][27] Besides compilations, Daddy Cool provided three new singles: "All I Wanna Do is Rock (part 1)", "The Boogie Man" and "You Never Can Tell" released in 1974 on Wizard Records.[1] After they performed at the last Sunbury Pop Festival in 1975, Gunther Gorman joined on guitar.[2] When Duncan was injured in a car accident, Hannaford switched to bass and guitarist Wayne Burt (later of Jo Jo Zep) was brought in.[1] By September 1975 the band played their final show in Prahran's Reefer Cabaret.[12]

Wilson continued as a record producer on two more albums for Skyhooks, three albums for Jo Jo Zep and for other artists; he also performed as a founding member of Mondo Rock (1977-1991) and as a solo artist.[27] Wilson was inducted into the ARIA Hall of Fame as an individual in 1989.[28] Since 2006 he has been a regular judge on Seven Network's celebrity singing TV series It Takes Two. His solo 1989 song "Bed of Nails" was used as the theme for ABC-TV six-part series Bed of Roses starring Kerry Armstrong and broadcast from 10 May 2008.[29]

Daddy Cool briefly reformed to support Skyhooks in a proposed 1994 stadium tour.[7][12] Together, they released a four track CD-single with two new tracks "$64,000 Question" and "Ballad of Oz" by Daddy Cool, combined with "Happy Hippy Hut" and "You Just Like Me Cos I'm Good in Bed" by Skyhooks.[2][30] The reformation collapsed when the single did not chart well and the tour was downgraded to the pub circuit.[7][12]

In 2006 Aztec Music released The Complete Daddy Cool, a double DVD collection, featuring the complete video of the 2005 Tsunami Benefit performance and a 90-minute documentary on the band. The set also features Bob Weis' 1972 documentary, a "Making Of ..." feature on Weis' film, a 13-minute feature "Hanna on Lead", and nearly 50 minutes of film clips and TV appearances. A new Daddy Cool album, The New Cool was released in 2006 on Liberation Records. This was their first album of new material since 1972; it also included the songs recorded in 1994 as part of the ill-fated DC / Skyhooks dual tour.[2]

There have been subsequent reformation performances, including headlining the 2007 Moomba Festival[33] and supporting the 2007 Australian tour by Mike Love's Beach Boys and Christopher Cross.[34] Daddy Cool also played a one-off performance in Geelong on 31 October 2007,[35] sharing the stage with former touring partners, Spectrum for the first time in over thirty years.

On 19 November 2014 the original band reformed for what became the final time with Daddy Cool inducted into the Music Victoria Awards Hall of Fame.[36] The band performed a greatest hits setlist, including 'Cherry Pie', 'Come Back Again', 'Eagle Rock' and 'Hi Honey Ho' amongst others at the sold out awards night show. Wilson stated that this was the first time in over 30 years they had played those early hits.

Ross Wilson said of the award: "Daddy Cool first met, played, recorded and worked together in Melbourne and since those early days we've been inducted into the industry hall of fame in Australia. As "hometown heroes", The Age Music Victoria Hall of Fame means that little bit more because it's a cultural award, not a commercial one".

Guitarist Ross Hannaford died on 8 March 2016 aged 65 from cancer; he had been diagnosed with the condition a year earlier.[37][38] 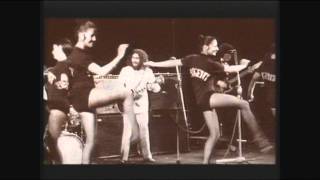 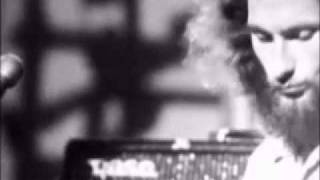 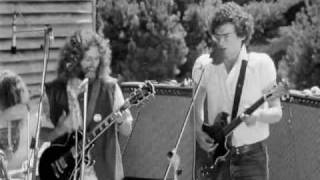 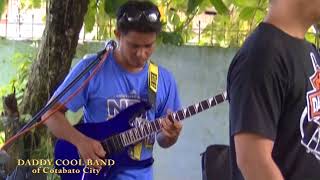 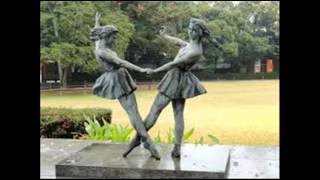 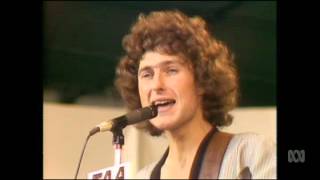 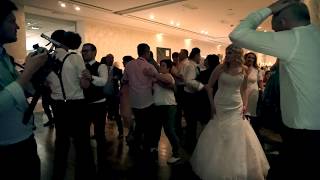 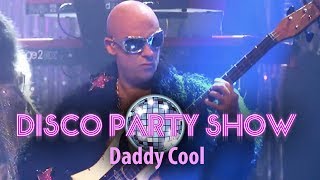 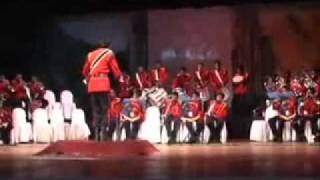 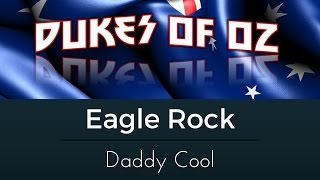 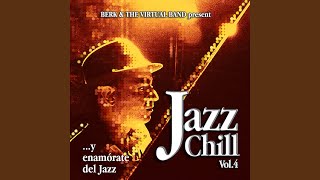 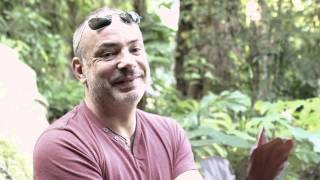 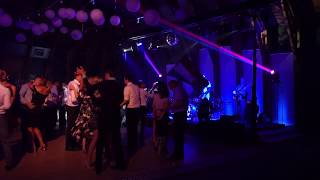 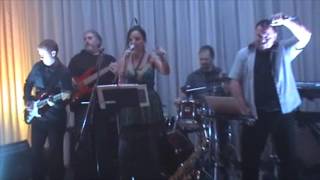 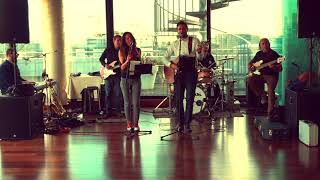 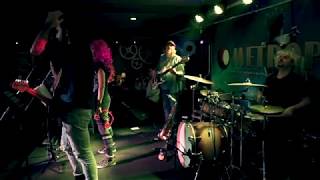 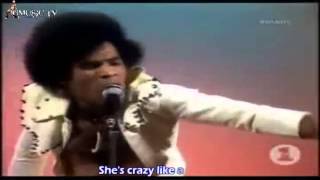