Dakota County is the third-most populous county in the U.S. state of Minnesota, located in the east central portion of the state. As of the 2010 United States Census, the population was 398,552.[2] The county seat is Hastings.[3] Dakota County is named for the Dakota Sioux tribal bands who inhabited the area.[4] The name is recorded as "Dahkotah" in the United States Census records until 1851.[5] Dakota County is included in the Minneapolis-St. Paul-Bloomington, MN-WI Metropolitan Statistical Area, the sixteenth largest metropolitan area in the United States with about 3.64 million residents. The largest city in Dakota County is the city of Lakeville, the eleventh-largest city in Minnesota and sixth-largest Twin Cities suburb. The county is bordered by the Minnesota and Mississippi Rivers on the north, and the state of Wisconsin on the east.

The county was the site of historical events at Mendota that defined the state's future, including providing materials for the construction of Fort Snelling across the river and the signing of the Treaty of Traverse des Sioux which ceded land from the native Dakota nation for the Minnesota Territory. The county's history was initially tied to the confluence of the Mississippi and Minnesota Rivers, both strategically important for United States expansion and as the convergence of the Dakota and Ojibwe nations who regarded the site as sacred. Influence shifted westward during the post-World War II settlement boom when Interstate 35 connected the western half of the county to Minneapolis and Saint Paul and bedroom communities grew. Most work outside the county but like many metro counties, Dakota continues to absorb industry and jobs from the core cities.[4][7] Taoyateduta led the Mendota Mdewakanton in northern Dakota County. He and 121 Sioux leaders ceded much of the present Twin Cities region.[8][9][10][11]

In the 1600s, Mdewakanton Dakota fled their ancestral home of Mille Lacs Lake in northern Minnesota in response to westward expansion of the Ojibwe nation.[12] According to Dakota tradition, their ancestors pushed out the Iowa who were found settled at the mouth of the Minnesota River.[13] In 1680, the Mdewakanton Dakota were contacted by French explorer Daniel Greysolon, Sieur du Lhut, and the Mendota (mdo-TE) band of the Mdewakanton south of the Minnesota River were contacted by Joseph Nicollet in the 18th century.[14] While Taoyateduta (a.k.a. Little Crow) led the Mendota in northern Dakota County, upstream to the southwest, Chief Black Dog established his village of 600 people around 1750 at the isthmus between Black Dog Lake (which is named after him) and the Minnesota River, near the present site of the Black Dog Power Plant.[12][15] Saint Peter's Church in Mendota is the state's oldest church

Following the published expeditions of explorers, in 1805, Zebulon Pike negotiated for military territory with the Mendota band which included land in Dakota County at the Mississippi River confluences with the Minnesota and St. Croix Rivers.[16] In 1819, on what is now Picnic Island on the south bank of the Minnesota River, Colonel Henry Leavenworth built a stockade fort called "St. Peter's Cantonment" or "New Hope," where materials were assembled for the construction of Fort Snelling to be built on the bluff on the north bank.[17] Permanent settlement on the island was impossible due to annual flooding. Alexis Bailey built some log buildings nearby to trade in furs in 1826. Henry Hastings Sibley later built the first stone house in Minnesota in 1836, overlooking Fort Snelling. Sibley was a partner in the American Fur Company, and considerable fur trade occurred at Mendota due to the accessibility of the confluence.

Ongoing United States expansion into the then "Northwest Territory" led to government purchase of land from the Dakota people (the Mdewakanton, Wahpekute, Wahpeton, and Sisseton bands) via the Treaty of St. Peters and the Treaty of Traverse des Sioux in 1851.[18][19] and the Treaty of Mendota.[20] After the Minnesota Territory was established in 1849, Dakotah County (later Dakota County) spanned from the Mississippi River to the Missouri River.[21] By the time Minnesota achieved statehood in 1858, power and influence had shifted from Mendota, across the rivers to Saint Paul and Minneapolis.

By 1900, the hub of activity in the county was in Hastings, the county seat, and a focal point of transportation, communication, and commerce. St. Peter's, now Mendota, had lost out to Fort Snelling. Hastings is located on the Mississippi River at the confluence of the St. Croix River and on the Vermillion River, which provided ample water power. Lumber, milling, and railroads provided good incomes. During this time, the stockyards and meat-packing plants in South Saint Paul became the world's largest stockyards.[22] Ranchers in the west shipped their livestock to St. Louis, Memphis, and New Orleans.[23] These plants were worked by immigrants from Romania, Serbia, and other Eastern European countries.[24] The rest of the county remained agricultural during the boom of milling activity north of the Minnesota River due to lack of bridge connections. Rail access came in 1866 via the Chicago, St. Paul, Minneapolis, and Omaha Railroad which shipped grain to millers.[25] The Minneapolis St. Paul Rochester and Dubuque Electric Traction Company line in 1905 (now the Dan Patch Corridor), was primary for passengers going to resorts in Burnsville and Lakeville.[26]

By the 1950s, population growth shifted to western Dakota county, which had been predominantly Irish and Scottish extending southward toward the Scandinavians of Southern Minnesota.[27][28] As population pressures expanded south from Minneapolis and Bloomington, the completion of Interstate 35W and 35E brought about major construction in the post-World War II period, turning villages into cities within 20 years. Burnsville, Apple Valley, Eagan, and Lakeville brought over 200,000 people into the county by the end of the century. The Western and Northern Service Centers were constructed in the early 1990s each with an additional courthouse location. License centers were subsequently set up in Burnsville and Lakeville. Though pressure remained since the postwar boom to move the county seat to a larger community, the Dakota County Board maintained the seat in Hastings, while providing government services across the county.[29]

The history of the county is well-illustrated by the Registered Historic Places in the county, including the settlement at Mendota, the homes of well-heeled residents of Hastings, the ethnic gathering places in South Saint Paul, and other sites related to life on the prairie, including religion, education, transportation, commerce, and farm life.

Dakota County is governed by the Board of Commissioners. The members of the Board as of March 1, 2017 are:

Dakota County has an elected Sheriff (Tim Leslie) and an elected County Attorney (James Backstrom). There are appointed boards for the library system, community development agency, and several advisory boards. Dakota County is served by an elected board of the Soil and Water Conservation District.

Dakota County voters tend to vote Democratic. Since 1960 the county has selected the Democratic Party candidate in 71% of national elections (as of 2016). The northern and eastern boundaries of Dakota County are marked by the Minnesota and Mississippi Rivers. Management and jurisdiction of the rivers falls into multiple local, State and Federal agencies. Most of the Minnesota River bank is under the Minnesota Valley National Wildlife Refuge with fish, wildlife, and parkland managed collectively by the United States Fish and Wildlife Service and the Minnesota Department of Natural Resources. The Dakota County Soil and Water Conservation District assists the county's six watershed management organizations (WMO) which include the Black Dog WMO, Gun Club Lake WMO, Lower Minnesota River Watershed District, Lower Mississippi WMO, North Cannon River WMO, and the Vermillion River Watershed Joint Powers Organization.[35][36][37]

The following protected areas are within or partially within Dakota County:[32]

The following parks are located within Dakota County:[32]

Since the county grew as a bedroom community of Minneapolis and Saint Paul, over half of the residents (54%) work outside the county.[7]

Street in downtown Apple Valley with signature red lamp posts. In the background is the Western Service Center.

Dakota County is home to sites significant in the state's early history. At Mendota, the Treaty of Mendota was signed, opening Southern Minnesota to settlement, and prominent Saint Paul businessmen built their mansions there. Though linked with the state's capital for much of history via rail, Dakota County owes much of its current growth to the expansion of Minneapolis' population which accelerated during the post-World War II boom era of the 1960s. This demand for housing along with two major interstate highways linking Minneapolis (I-35W) and St. Paul (I-35E) to the county, concentrated major growth and demand along the northern end. Today, the cities of Burnsville, Eagan, Apple Valley, Lakeville, Rosemount, Hastings, Inver Grove Heights, Mendota Heights, West St. Paul, and South St. Paul are synonymous with the Twin Cities, as being part of "the Cities." Both Burnsville and Eagan are nearly developed and have become more like independent cities attracting major development than mere residential bedroom suburbs.[47][48]

In contrast, the southern part of Dakota County reflects the rural past with small towns such as Farmington, Coates, Vermillion, Hampton, Randolph, and Miesville where street grids and housing dating from the early 20th century can be found. Much of the county is self-contained except for two examples. The City of Hastings, the county seat, lies on both banks of the Mississippi River and was linked historically and physically by rail to the growing influence of the state's capital, Saint Paul. On the south border, the City of Northfield, technically in Rice County, has expanded north into Dakota however the city itself is allowed into the municipal sewer boundary.

Though all of Dakota County is considered part of the metropolitan area and open to major development, the county government has steadily preserved farmland and continues to acquire new permanent natural lands in the southern townships.[49] This has further defined the boundaries between urbanized and rural which is starkly visible in the outskirts of the developed cities. While the center of population still lies north with more cosmopolitan residents, culturally Dakota County is a rural community and the Dakota County Fair is still a largely agricultural event, held annually in Farmington.

Most of northern Dakota County is referred to as "South of the River" for its location being south of the Minnesota River.[50][51][52][53] 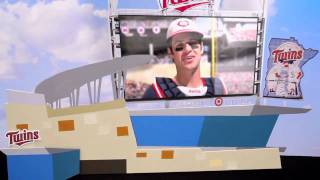 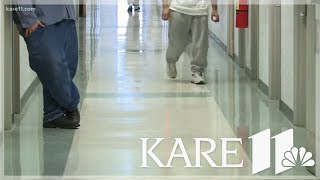 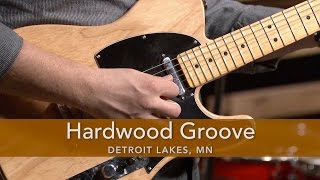 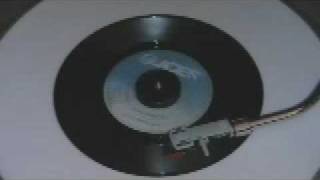 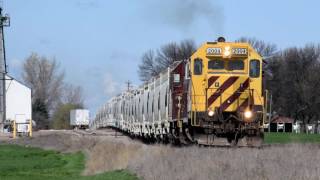 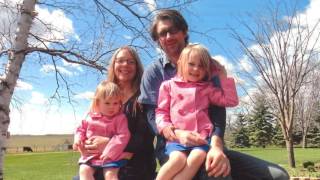 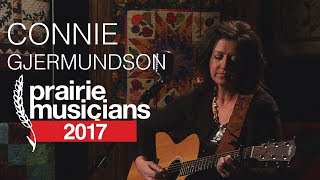 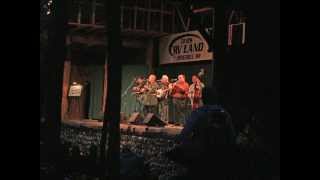 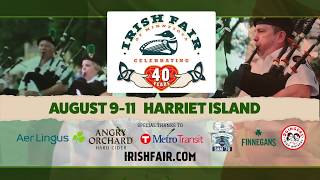 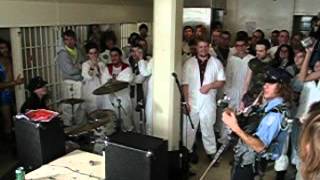 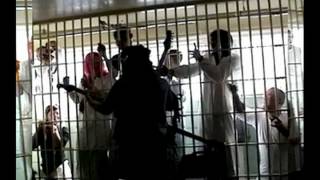 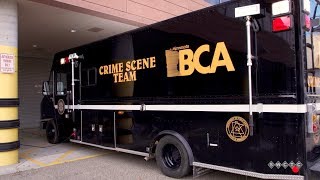 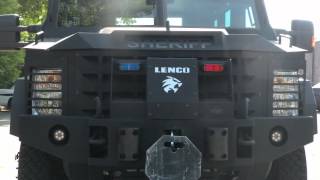 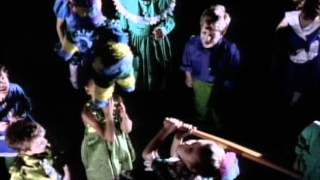 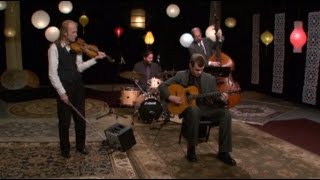 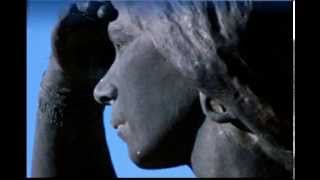