Delta is an American versatile family of expendable launch systems that has provided space launch capability in the United States since 1960. More than 300 Delta rockets have been launched with a 95% success rate. Only the Delta IV Heavy rocket remains in use as of November 2020. Delta rockets are currently manufactured and launched by the United Launch Alliance.

Delta rocket on display at the Goddard Space Flight Center in Maryland.

The original Delta rockets used a modified version of the PGM-17 Thor, the first ballistic missile deployed by the United States Air Force (USAF), as their first stage. The Thor had been designed in the mid-1950s to reach Moscow from bases in Britain or similar allied nations, and the first wholly successful Thor launch had occurred in September 1957. Subsequent satellite and space probe flights soon followed, using a Thor first stage with several different upper stages. The fourth upper stage used on the Thor was the Thor "Delta", delta being the fourth letter of the Greek alphabet. Eventually the entire Thor-Delta launch vehicle came to be called simply "Delta".[1][2]

NASA intended Delta as "an interim general purpose vehicle" to be "used for communication, meteorological, and scientific satellites and lunar probes during 1960 and 1961". The plan was to replace Delta with other rocket designs when they came on-line. From this point onward, the launch vehicle family was split into civilian variants flown from Cape Canaveral which bore the Delta name and military variants flown from Vandenberg Air Force Base (VAFB) which used the more warlike Thor name. The Delta design emphasized reliability rather than performance by replacing components which had caused problems on earlier Thor flights; in particular the trouble-prone inertial guidance package made by AC Spark Plug was replaced by a radio ground guidance system, which was mounted to the second stage instead of the first. NASA made the original Delta contract to the Douglas Aircraft Company in April 1959 for 12 vehicles of this design:[]

These vehicles would be able to place 290 kg (640 lb) into a 240 to 370 km (150 to 230 mi) LEO or 45 kg (99 lb) into GTO. Eleven of the twelve initial Delta flights were successful and until 1968, no failures occurred in the first two minutes of launch. The high degree of success achieved by Delta stood in contrast to the endless parade of failures that dogged West Coast Thor launches. The total project development and launch cost came to US$43 million, US$3 million over budget. An order for 14 more vehicles was made before 1962.[] Launch of the first Skynet satellite by Delta M launch vehicle in 1969 from Cape Canaveral.

The Delta B introduce the upgraded AJ10-118D upper stage, a three-foot propellant tank extension, higher energy oxidizer, and solid-state guidance system. With the Delta B the Delta program went from "interim" to "operational" status. Delta B could launch 200 lb (91 kg) to GTO.[5]

The Delta G was a Delta E without the third stage. The two-stage vehicle was used for two launches: Biosatellite 1 on 14 December 1966 and Biosatellite 2 on 7 September 1967.[4]

The Delta J used a larger Thiokol Star 37D motor as the third stage and was launched once on 4 July 1968 with Explorer 38.[4]

The Delta L introduced the Extended Long Tank first stage with a uniform 2.4 m (7 ft 10 in) diameter and used the United Technologies FW-4D motor as a third stage.[]

The Delta M first stage consisted of a Long Tank Thor with MB-3-3 engine augmented with three Castor 2 boosters. The Delta E was the second stage, with a Star 37D (Burner 2) third stage/apogee kick motor. There were 12 successful Delta M launches from 1968 until 1971.[7]

The "Super Six" was a Delta M or Delta N with three additional Castor 2 boosters for a total of six, which was the maximum that could be accommodated. These were respectively designated Delta M6 or Delta N6. The first and only launch of the M6 configuration was Explorer 43 (IMP-H, Magnetospheric research) on 13 March 1971.[9] Three launches of the N6 between 1970 and 1971 resulted in one failure.[10]

From 1969 through 1978 (inclusive), Thor-Delta was NASA's most used launcher, with 84 launch attempts. (Scout was the second-most used vehicle with 32 launches.)[11] Satellites for other government agencies and foreign governments were also launched on a cost-reimbursable basis, totaling sixty-three satellites. Out of the 84 launch attempts there were seven failures or partial failures, a 91.6% success rate.[12]

In 1972, McDonnell Douglas introduced a four-digit numbering system to replace the letter-naming system. The new system could better accommodate the various changes and improvements to Delta rockets and avoided the problem of a rapidly depleting alphabet. The digits specified (1) the tank and main engine type, (2) number of solid rocket boosters, (3) second stage (letters in the following table refer to the engine), and (4) third stage:[13]

This numbering system was to have been phased out in favor of a new system that was introduced in 2005.[15] In practice, the new system was never used, as all but the Delta II have been retired:

The Delta 0100 series was the first stage of the initial numbered Delta was the Long Tank Thor, a version of the Thor missile with extended propellant tanks. Up to nine strap-on solid rocket boosters (SRBs) could be fitted. With three SRBs, the Delta was designated a 300 series, while the nine SRB variant was designated the 900 series. A new and improved Delta F second-stage using the higher thrust Aerojet AJ 10-118F engine was also introduced. The first 900 series launch was the fourth Delta 0100.[] On 23 July 1972, Thor-Delta 904 launched Landsat 1.[16] A license-built version of the Long Tank Thor stage with the MB-3 engine was also used for the Japanese N-I launch vehicle.

The Delta 3000 combined the same first stage as 1000-series and 2000-series with upgraded Castor 4 solid boosters and was the last Delta series to use the McDonnell Douglas Delta P second stage with TRW TR-201 engine. Delta 3000 introduced the PAM (Payload Assist Module) / Star 48B solid-fueled kick motor, which was later used as Delta II third stage.[] The Delta 3914 model was approved for launching United States government payloads in May 1976[16] and was launched 13 times between 1975-1987.

The Delta 4000-series and 5000-series were developed in the aftermath of the Challenger disaster and consisted of a combination of 3000-era and Delta II-era components. The first stage had the MB-3 main engine and Extended Long Tank of the 3000-series and mounted upgraded Castor 4A motors. The new Delta K second stage was also included. A total of three were launched in 1989 and 1990, carrying two operational payloads.[]

The Delta 5000 series featured upgraded Castor 4A motors on an Extended Long Tank first stage with the new RS-27 main engine and only launched one mission.[]

The Delta II series was developed after the 1986 Challenger accident and consisted of the Delta 6000-series and 7000-series, with two variants (Lite and Heavy) of the latter.

The Delta 6000-series introduced the Extra Extended Long Tank first stage, which was 12 feet longer, and the Castor 4A boosters. Six SRBs ignited at takeoff and three ignited in the air.[]

The Delta 7000-series introduced the RS-27A main engine, which was modified for efficiency at high altitude at some cost to low-altitude performance, and the lighter and more powerful GEM-40 solid boosters from Hercules. The Delta II Med-Lite was a 7000-series with no third stage and fewer strap-ons (often three, sometimes four) that was usually used for small NASA missions. The Delta II Heavy was a Delta II 792X with the enlarged GEM-46 boosters from Delta III.[]

Of the three Delta III flights, the first two were failures and the third carried only a dummy (inert) payload.

As part of the Air Force's Evolved Expendable Launch Vehicle (EELV) program, McDonnell Douglas / Boeing proposed Delta IV. As the program implies, many components and technologies were borrowed from existing launchers. Both Boeing and Lockheed Martin were contracted to produce their EELV designs. Delta IVs are produced in a new facility in Decatur, Alabama.

The first stage is referred to as a Common Booster Core (CBC); a Delta IV Heavy attaches two extra CBCs as boosters.

The Delta IV Heavy (Delta 9250H) uses two additional CBCs as boosters. These are strap-on boosters which are separated earlier in the flight than the center CBC.
The initial demonstration flight on 21 December 2004 was a partial failure, due to the premature cutoff of CBCs.[18][19] The DemoSat reached incorrect orbit and the 3 Corner Satellite satellites entered orbit at a height of only 105 km, which led to a rapid decay.
The cause of the problem was a premature first-stage LOX depletion sensor signal that resulted when LOX cavitation occurred in the LOX feedline. The LOX feedline/sensor design was modified and the problem did not recur on subsequent Delta IV Heavy missions.[20] 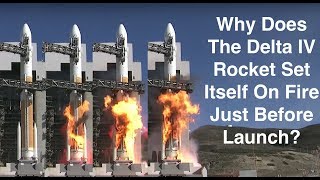 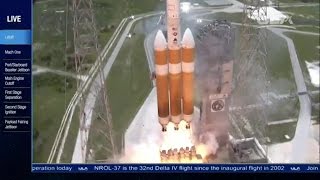 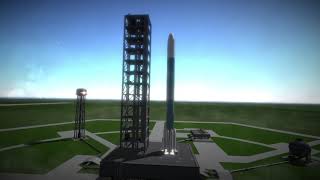 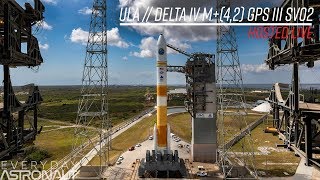 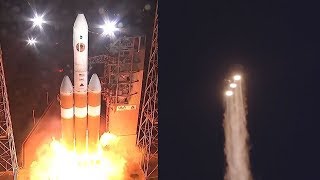 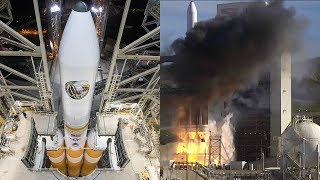 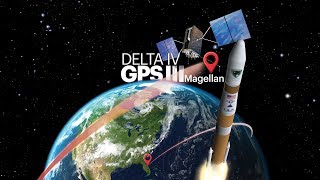 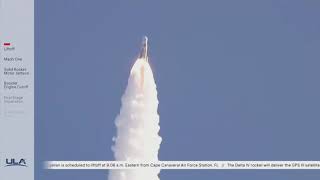 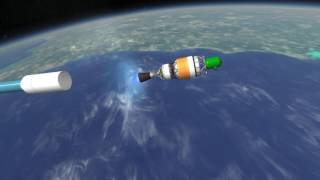 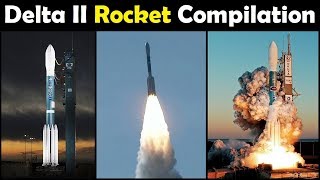 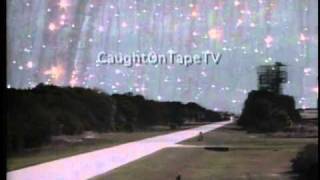 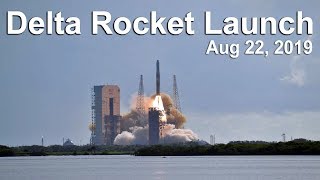 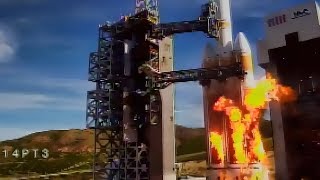 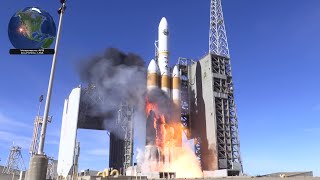 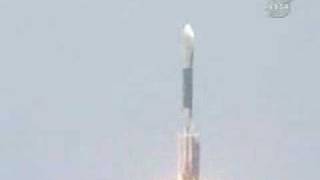 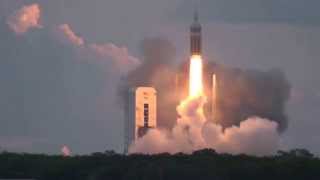 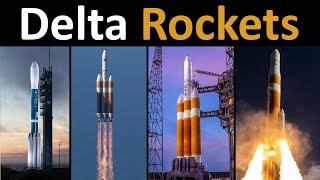 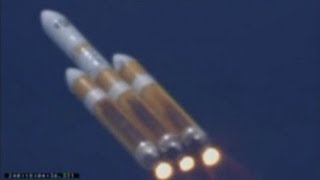 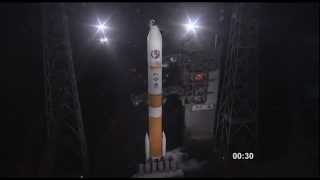