Des Plaines is a city in Cook County, Illinois, United States. Its population was 58,364 at the 2010 census.[5] The city is a suburb of Chicago and is located just north of O'Hare International Airport. It is situated on and is named after the Des Plaines River, which runs through the city just east of its downtown area.

Potawatomi, Ottawa, and Ojibwe (Chippewa) Native American tribes inhabited the Des Plaines River Valley prior to Europeans' arrival. When French explorers and missionaries arrived in the 1600s in what was then the Illinois Country of New France, they named the waterway La Rivière des Plaines (English translation: "River of the Plane Tree") as they felt that trees on the river resembled the European plane trees. The first white settlers came from the eastern United States in 1833,[6] after the Treaty of Chicago, followed by many German immigrants during the 1840s and '50s.[7] In the 1850s, the land in this area was purchased by the Illinois and Wisconsin Land Company along a railroad line planned between Chicago and Janesville, Wisconsin. In 1852, the developers built a steam-powered mill next to the river to cut local trees into railroad ties. Socrates Rand then bought the mill and converted it into a grist mill, which attracted local farmers. The Illinois and Wisconsin Railroad made its first stop in the area in the fall of 1854.[8]

In 1857, the Chicago, St. Paul, and Fond du Lac Railroad began running its route, stopping[] near the mill on the Des Plaines river, where a small business section had grown up. The railroad platted the prospective town of Rand at the site. In 1859, the Chicago and North Western Railway purchased the rail line, giving the train station the name "Des Plaines". In 1869, the Rand subdivision's name was changed to Des Plaines, and the village of Des Plaines was then incorporated.[9]

Des Plaines was reincorporated in 1873 and elected a village board the following year. Local brick manufacturer Franklin Whitcomb served as the first Village President.[10]

In 1925, village residents voted to convert to a city form of government and annexed the village of Riverview to the south. Subsequent annexations included the Orchard Place area in 1956. The city experienced rapid growth after World War II and with the opening of nearby Chicago-O'Hare International Airport.[]

Des Plaines was the site of Ray Kroc's first McDonald's franchise, which opened in 1955. The restaurant was demolished in 1984, and a replica was built on the site as a museum dedicated to McDonald's history. In 2017, McDonald's announced plans to demolish the building due to repeated flooding. The building has since been demolished.

In 1979, Des Plaines was the site of the accident of American Airlines Flight 191, in which a McDonnell Douglas DC-10 departing from O'Hare lost an engine and wing material and crashed near a local trailer park just north of Touhy Avenue. All 271 people on board the aircraft died, as did two workers at a repair garage. Two more, along with three civilians, were injured.

In 2008, the Illinois Gaming Board awarded the state's 10th and last casino license to Midwest Gaming and Entertainment LLC to build a 140,000-square-foot (13,000 m2) casino on approximately 21 acres (85,000 m2) adjacent to the Tri-State Tollway at the northwest corner of Devon Avenue and Des Plaines River Road. Midwest Gaming received the award despite having the lowest bid because other bidders were found unacceptable by the Board, with one board member finding no bidders acceptable. The city approved zoning in early 2010, and the casino opened in July 2011 as Rivers Casino.[11][12][13]

Des Plaines is traversed by two interstate highways - I-90 (the Northwest Tollway) and I-294 (the Tri-State Tollway).

Des Plaines is named for the Des Plaines River, which flows through it. The name is from 18th-century French referencing the American sycamore which resembles the European plane tree.

Portions of Des Plaines are underlain by the "Des Plaines Disturbance", an area in which the layers of sedimentary rock are highly abnormal. This probably represents an ancient meteorite crater, 75 to 200 feet (23 to 61 m) beneath the town. The bedrock was highly fractured by the impact, with large blocks of sediment upended. The crater was eventually filled by glacial activity, so that no trace now remains on the surface.[16][17]

Major highways in Des Plaines include:

According to the city's 2017 Comprehensive Annual Financial Report,[21] the top employers in the city are:

China Airlines maintains their Chicago office in Des Plaines.[22] It was previously located in Michigan Plaza in the Chicago Loop.[23][24] The Kinder House (1907) at the Des Plaines History Center

The majority of the hit 1985 film The Breakfast Club was filmed at the now-defunct Maine North High School located in unincorporated Des Plaines.[33][34] 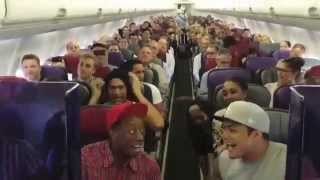 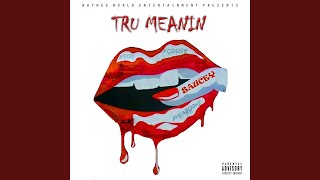 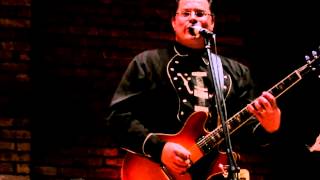 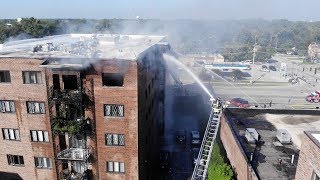 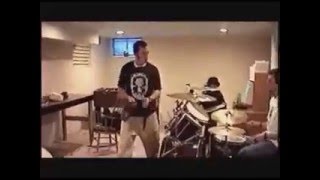 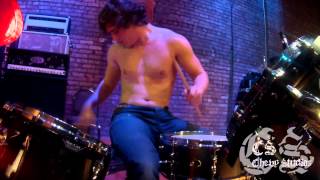 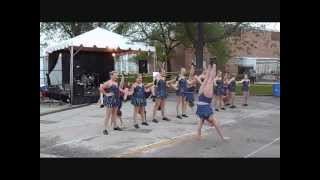 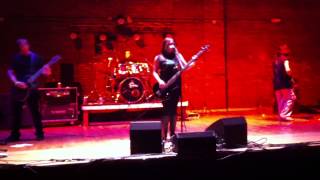 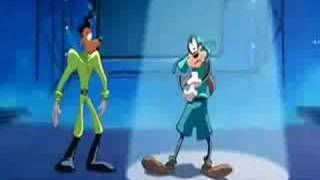 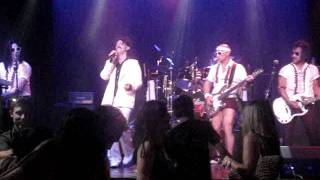 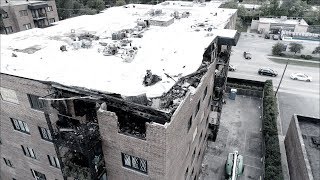 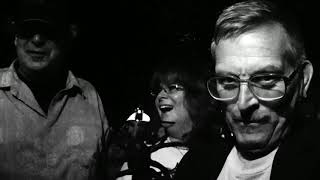 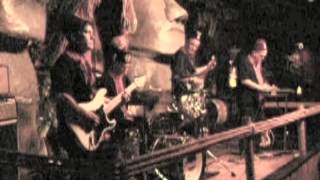 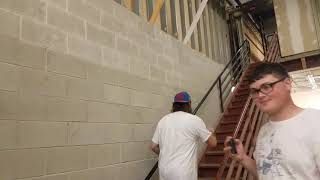 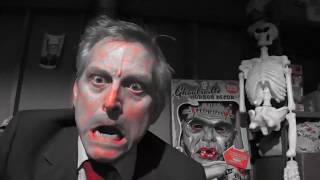 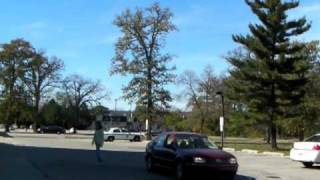 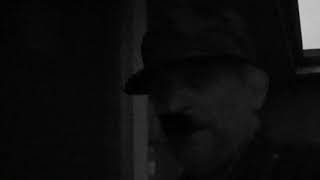 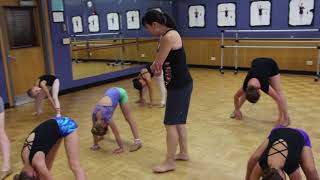 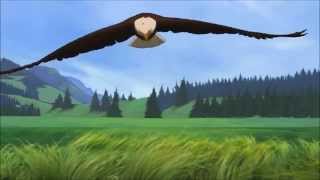