Dutchess County is a county in the U.S. state of New York. As of the 2010 census, the population was 297,488.[1] The county seat is the city of Poughkeepsie.[2] The county was created in 1683, one of New York's first twelve counties, and later organized in 1713.[3] It is located in the Mid-Hudson Region of the Hudson Valley, north of New York City. View of Harlem Valley from Appalachian Trail in Pawling

Before Anglo-Dutch settlement, what is today Dutchess County was a leading center for the native Wappinger peoples. They had their council-fire at what is now Fishkill Hook,[5] and had settlements throughout the area.

On November 1, 1683, the Province of New York established its first twelve counties, including Dutchess. Its boundaries at that time included the present Putnam County, and a small portion of the present Columbia County (the towns of Clermont and Germantown). The county was named for Mary of Modena, Duchess of York; dutchess is an archaic spelling of the word duchess.[6][7] A 1799 map of Connecticut which shows The Oblong (Low's Encyclopaedia)

The Province of New York and the Connecticut Colony negotiated an agreement on November 28, 1683, establishing their border as 20 miles (32 km) east of the Hudson River, north to Massachusetts. The 61,660 acres (249.5 km2) east of the Byram River making up the Connecticut Panhandle were granted to Connecticut, in recognition of the wishes of the residents. In exchange, Rye was granted to New York, along with a 1.81-mile (2.91 km) wide strip of land running north from Ridgefield to Massachusetts alongside the New York counties of Westchester, Putnam then Dutchess, known as "The Oblong". The eastern half of the stub of land in northeast Dutchess County containing Rudd Pond and Taconic State Park is the northernmost extension of The Oblong.[8]

Until 1713, Dutchess was administered by Ulster County. On October 23, 1713, Queen Anne gave permission for Dutchess County to elect its own officers from among their own population, including a supervisor, tax collector, tax assessor and treasurer. In 2013, Dutchess County celebrated its 300th anniversary of democracy based upon a legislative resolution sponsored by County Legislator Michael Kelsey from Salt Point. In 1812, Putnam County was detached from Dutchess.[9]

Map of Philipse Patent (showing the Oblong and Gore)

Fourteen royal land patents were granted between 1685 and 1706 covering the entirety of the original footprint of Dutchess County (which until 1812 included today's Putnam County).

The first ten, granted between 1685-1697, covered almost all of Hudson River shoreline in the original county, with three - Rombouts, the Great Nine Partners, and Philipse Patents - extending significantly inland. The eleventh, and smallest, Cuyler, 1697, was the first to contain solely inland territory, just in from the Hudson. The twelfth, and next smallest, Fauconnier, in 1705, completed the Hudson River shoreline. The last two, Beekman, 1705, and the Little Nine Partners, 1706, laid claim to the remaining interior lands.

From 1683 to 1715 most of the settlers in Dutchess County were Dutch. Many of these moved in from Albany and Ulster Counties. They settled along the Fishkill Creek and in the areas that are now Poughkeepsie and Rhinebeck.[10]

Prior to the 1960s, Dutchess County was primarily agricultural. Since then the southwestern part (from Poughkeepsie southward and from the Taconic State Parkway westward) of the county has developed into a largely residential area, suburban in character, with many of its residents commuting to jobs in New York City and Westchester County. The northern and eastern regions of the county remain rural with large farmlands but at the same time developed residences used during the summer and or on weekends by people living in the New York City urban area.[12]

Dutchess County is located in southeastern New York State, between the Hudson River on its west and the New York-Connecticut border on its east, about halfway between the cities of Albany and New York City. It contains two cities: Beacon and Poughkeepsie. Depending on precise location within the county, road travel distance to New York City ranges between 58 miles (93 km) and 110 miles (180 km).

The terrain of the county is mostly hilly, especially in the Hudson Highlands in the southwestern corner and the Taconic Mountains to the northeast. Some areas nearer the river are flatter.

The highest point in the county is the summit of Brace Mountain, in the Taconics, at 2,311 feet (704 m) above sea level. The lowest point is sea level, along the Hudson River.

Almost a half mile long border exists with Berkshire County, Massachusetts in the extreme northern end of the county.

Based on the Census Ancestry tallies, including people who listed more than one ancestry, Italians were the largest group in Dutchess County with 60,645. Irish came in a very close second at 59,991. In third place were the 44,915 Germans who barely exceeded the 44,078 people not in the 105 specifically delineated ancestry groups.[20]

The decrease in population between 1810 and 1820 was due to the separation of Putnam County from Dutchess in 1812. The current Dutchess County Court House, built in 1903, stands on the same site as the original 1720 building

Dutchess County has a Charter Government with a County Executive and directly elected legislature of 25 members, each elected from a single member district.[22] The Charter form of Government went in to effect in 1968 given the favorable outcome of a 1967 special election dedicated to the question. Since 1713, the County Government had been managed by a Board of Supervisors, made up of the locally elected leaders.[23]

The Cities of Beacon and Poughkeepsie; Towns of Fishkill, Hyde Park, Pine Plains, Poughkeepsie, Rhinebeck, Red Hook, and East Fishkill and Villages of Millerton, Wappingers Falls, Millbrook, and Fishkill have their own Police departments. The remainder of the county is patrolled by the Dutchess County Sheriff's Office and New York State Police. The New York State Police Troop K headquarters is located in Millbrook.

Historically, Dutchess County was a classic "Yankee Republican" county. Its Republican bent was due to its affluence and large suburban swaths. Between 1884 and 2004, the Republican presidential candidate carried Dutchess County in 28 out of 30 elections. The only times this tradition was broken came in 1964 and 1996. As a measure of how Republican the county was, Hyde Park resident Franklin Roosevelt was completely shut out in the county during his four successful bids for president.

In recent years, Dutchess County has become a powerful swing county at the national level, with both parties winning at least forty percent of the vote in every election since 1996.

The current composition of the County Legislature is 14 Republicans and 11 Democrats.

Amtrak has stations in Rhinecliff, a small hamlet in the Town of Rhinebeck, and Poughkeepsie, with both stations being served by Empire Service trains as well as other trains that run along the line. The latter station is the terminus of the Hudson Line of the Metro-North Railroad. The Hudson Line also has station stops in New Hamburg (a hamlet of the town of Poughkeepsie) and Beacon.

The Harlem Line, on the eastern side of the county, has station stops in Pawling, Wingdale, Dover Plains, and two stops in Wassaic (one along the Tenmile River and the other the namesake terminus of that line).

Public transportation in Dutchess County is handled by Dutchess County Public Transit. Outside of the urbanized area of the county, most service is limited. Privately run lines connect Poughkeepsie to New Paltz and Beacon to Newburgh.

The Hudson Valley Regional Airport, located in the town of Wappinger, is a general aviation facility that once had commercial service. The closest commercial airport, New York Stewart International Airport, is located across the Hudson River in Newburgh. The Dutchess County Fair is an annual event

Dutchess County holds an annual county fair. The County Chamber of Commerce holds an annual hot air balloon launch typically in the first week of July. The main launch sites are along the Hudson River. As many as 20 balloons participate in the event.

The Dutchess County Historical Society was formed in 1914 and is active in the preservation of a large collection at the 18th century Clinton House. The Society has published a yearbook since 1914 and presents up to four awards of merit in the field of Dutchess County history each year.

The Hudson Valley Renegades are a minor league baseball team affiliated with the Tampa Bay Rays. The team is a member of the New York-Penn League, and play at Dutchess Stadium in Fishkill.

The Hudson Valley Bears were one of four founding members of the Eastern Professional Hockey League (EPHL). They played their home games at the Mid-Hudson Civic Center in Poughkeepsie.

The Hudson Valley Hawks was a team in the former National Professional Basketball League. The team's home court was at Beacon High School, in Beacon. 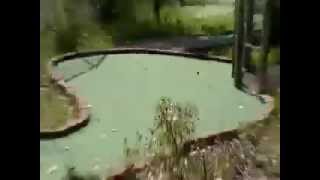 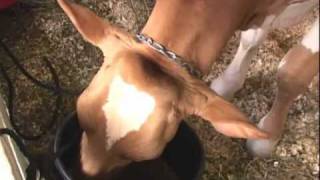 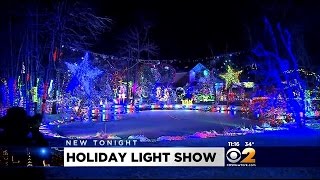 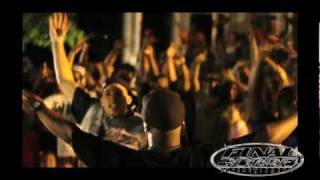 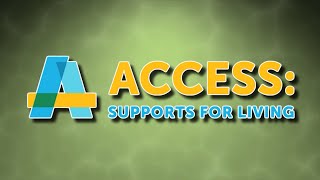 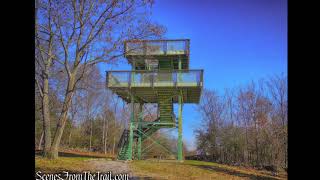 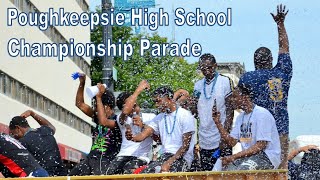 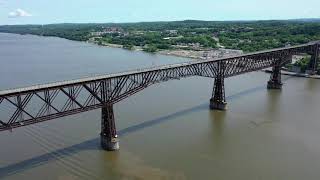 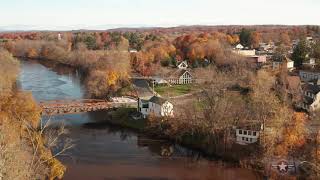 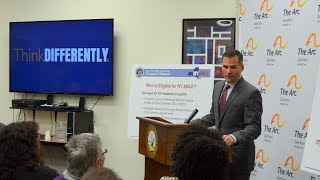 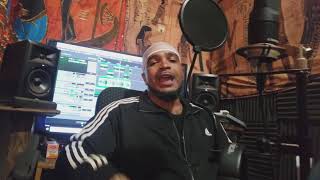 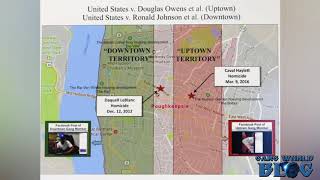 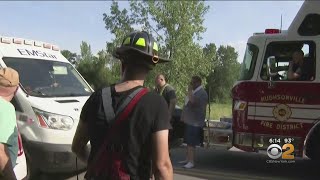 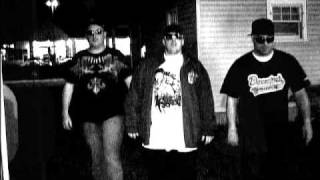 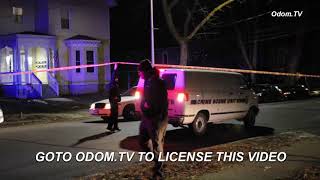 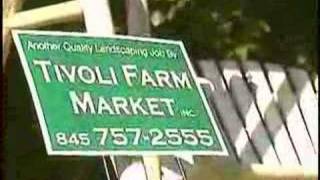 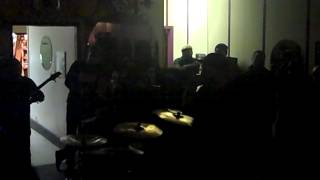 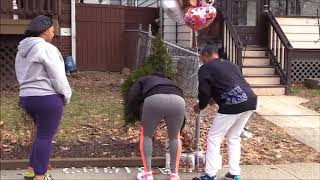 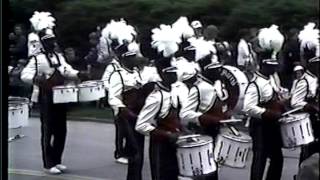