Under the terms of an act of the New Jersey Legislature on April 17, 1889, a portion of the old Union Township was incorporated under the name of Boiling Springs Township.[19] The new township took its name from a spring in the community. On March 28, 1894, the Borough of East Rutherford was created, based on the results of a referendum held the previous day, and Boiling Springs Township was dissolved.[19] While there was no change in its borders, the name and form of government were changed.[19][20] The borough was the second formed during the "Boroughitis" phenomenon then sweeping through Bergen County, in which 26 boroughs were formed in the county in 1894 alone.[21]

East Rutherford is the home of the Meadowlands Sports Complex, which includes Meadowlands Arena and MetLife Stadium, and was previously the location of Giants Stadium. The arena is best known as the former home of the New Jersey Nets of the National Basketball Association and the New Jersey Devils of the National Hockey League, and also hosted college basketball, arena football, concerts, and other events. MetLife Stadium is home of the New York Giants and New York Jets of the National Football League (NFL), the New York Guardians of the XFL, and hosted Super Bowl XLVIII, which made East Rutherford the smallest city ever to host a Super Bowl. Giants Stadium, which hosted the Giants and Jets until 2009, was also the original home of the New York Red Bulls of Major League Soccer. East Rutherford is the only municipality with fewer than 10,000 residents to have been home to five professional sports teams simultaneously.[22]

The borough is also the site of American Dream, a large shopping center and entertainment complex that was originally named "Xanadu" which opened on October 25, 2019.[23]

Carlton Hill is an unincorporated community located within the township.[27]

East Rutherford is home to the Hudson Group, a retailer which operates a chain of newsstands, bookstores, fast food restaurants, and other retail stores chiefly at airports and train stations.[41]

Contract manufacturing organization Cambrex Corporation is based in East Rutherford.

The East Rutherford Operations Center handles currency in the area covered by the Federal Reserve Bank of New York, a task that includes removing and destroying 5 million currency notes every day.[42]

The Dawn Bible Students Association moved to East Rutherford in 1944. The organization has a worldwide outreach and publishes many Bible-based books as well as The Dawn magazine.[43]

East Rutherford is governed under the Borough form of New Jersey municipal government, which is used in 218 municipalities (of the 565) statewide, making it the most common form of government in New Jersey.[44] The governing body is comprised of a Mayor and a Borough Council, with all positions elected at-large on a partisan basis as part of the November general election. A Mayor is elected directly by the voters to a four-year term of office. The Borough Council is comprised of six members elected to serve three-year terms on a staggered basis, with two seats coming up for election each year in a three-year cycle.[6] The Borough form of government used by East Rutherford is a "weak mayor / strong council" government in which council members act as the legislative body with the mayor presiding at meetings and voting only in the event of a tie. The mayor can veto ordinances subject to an override by a two-thirds majority vote of the council. The mayor makes committee and liaison assignments for council members, and most appointments are made by the mayor with the advice and consent of the council.[45][46]

East Rutherford is located in the 9th Congressional District[53] and is part of New Jersey's 36th state legislative district.[9][54][55]

For the 2018-2019 session (Senate, General Assembly), the 36th Legislative District of the New Jersey Legislature is represented in the State Senate by Paul Sarlo (D, Wood-Ridge) and in the General Assembly by Gary Schaer (D, Passaic) and Clinton Calabrese (D, Cliffside Park).[61][62] Calabrese was sworn into office on February 8, 2018 to fill the seat of Marlene Caride, who had resigned from office on January 16, 2018 after being nominated to head the New Jersey Department of Banking and Insurance.[63][64]

Public school students in kindergarten through eighth grade attend the East Rutherford School District.[95] As of the 2018-19 school year, the district, comprised of two schools, had an enrollment of 819 students and 73.2 classroom teachers (on an FTE basis), for a student-teacher ratio of 11.2:1.[96] Schools in the district (with 2018-19 enrollment data from the National Center for Education Statistics[97]) are McKenzie School[98] with 454 students in grades PreK-5 and Alfred S. Faust School[99] with 345 students in grades 6-8.[100]

For grades ninth through twelfth grades, public school students attend the Henry P. Becton Regional High School in East Rutherford, which serves high school students from both Carlstadt and East Rutherford. The school is part of the Carlstadt-East Rutherford Regional School District.[101] As of the 2018-19 school year, the high school had an enrollment of 491 students and 37.2 classroom teachers (on an FTE basis), for a student-teacher ratio of 13.2:1.[102] Starting in the 2020-21 school year, students from Maywood will start attending the school as part of a sending/receiving relationship; Maywood's transition to Becton will be complete after the final group of twelfth graders graduates from Hackensack High School at the end of the 2023-24 school year.[103][104]

Public school students from the borough, and all of Bergen County, are eligible to attend the secondary education programs offered by the Bergen County Technical Schools, which include the Bergen County Academies in Hackensack, and the Bergen Tech campus in Teterboro or Paramus. The district offers programs on a shared-time or full-time basis, with admission based on a selective application process and tuition covered by the student's home school district.[105][106]

The current Chief of Police is Larry Minda.[107]

The East Rutherford Fire Department (ERFD) is an all-volunteer fire department. The ERFD was organized in 1894 and consists of a chief and three assistant chiefs. There are three fire stations. The department is staffed by eighty fully trained firefighters. The ERFD utilizes two Engines, a Ladder truck, a Heavy Rescue, and a Quint. The ERFD also provides emergency medical service to the borough.[108]

State Routes include Route 17, Route 120 and Route 3. The only interstate that passes through and serves East Rutherford is Interstate 95 (the New Jersey Turnpike Western Spur) at Exit 16W.

The Meadowlands station[112] offers service on the Meadowlands Rail Line, which began in June 2009, providing access between the Meadowlands Sports Complex and Secaucus Junction, and from there to other NJ Transit lines with trains operating before and after games and other events at the complex.[113]

People who were born in, residents of, or otherwise closely associated with East Rutherford include: 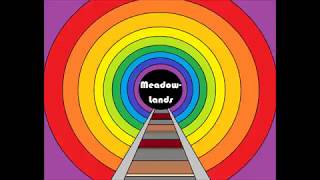 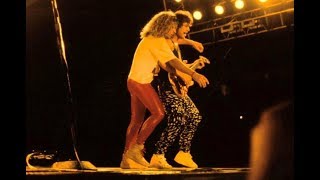 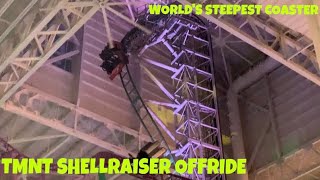 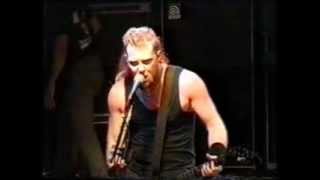 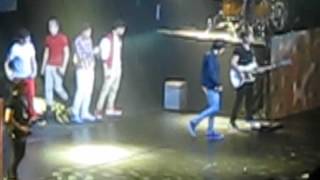 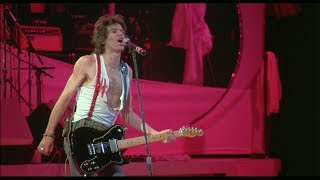 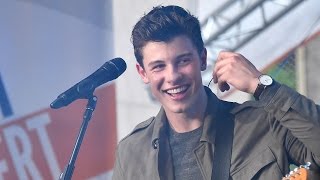 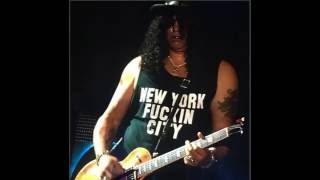 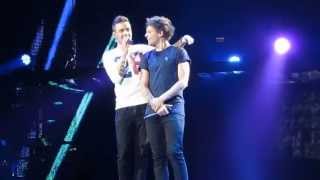 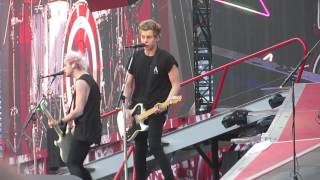 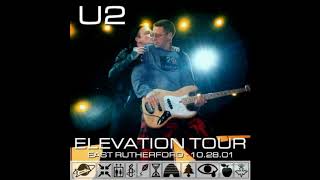 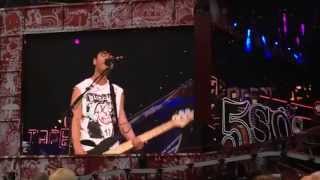 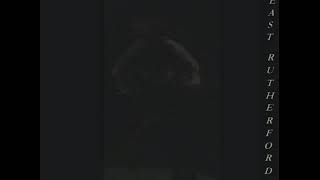 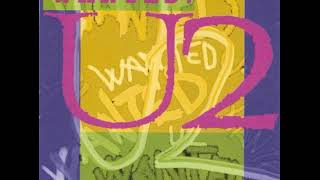 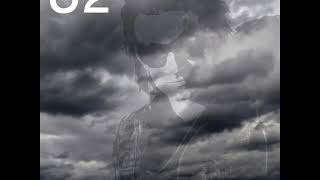 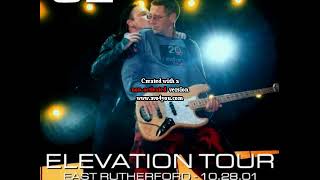 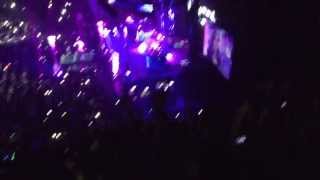 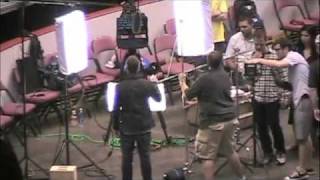 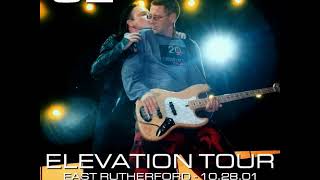 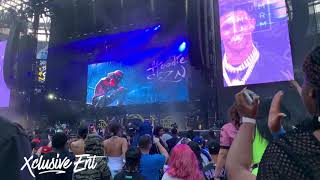