El Segundo is a city in Los Angeles County, California, United States. El Segundo, from Spanish, means "The Second".[8] Located on the Santa Monica Bay, it was incorporated on January 18, 1917, and part of the South Bay Cities Council of Governments. The population was 16,654 at the 2010 census, slightly up from 16,033 at the 2000 census.

The El Segundo and Los Angeles coastal area was first settled by the Tongva (or Gabrieleños) Native American tribes thousands of years ago. The area was once a part of Rancho Sausal Redondo ("Round Willow Patch Ranch"). Rancho Sausal Redondo extended from Playa Del Rey in the north to Redondo Beach in the south. Originally a Mexican land grant owned by Antonio Ygnacio Avila, the rancho was later purchased by a Scottish baronet named Sir Robert Burnett. After his return to Scotland, the property was purchased by then-manager of the rancho, Daniel Freeman. Daniel Freeman sold portions of the rancho to several persons. George H. Peck owned the 840 acres (3.4 km2) of land where the Chevron Refinery now sits. Peck also developed land in neighboring El Porto, where a street still bears his name. The city earned its name ("the second" in Spanish) as it was the site of the second Standard Oil refinery on the West Coast (the first was at Richmond in Northern California), when Standard Oil of California purchased the farm land in 1911.

The city was incorporated in 1917. The Standard Oil Company was renamed Chevron in 1984. The El Segundo refinery entered its second century of operation in 2011.[9]

The Douglas Aircraft Company plant in El Segundo was one of the major aircraft manufacturing facilities in California during World War II. It was one of the major producers of SBD Dauntless dive bombers, which achieved fame in the Battle of Midway. The facility, now operated by Northrop Grumman, is still an aircraft plant.[11][12]

The north and south boundaries of the town are Los Angeles International Airport and Manhattan Beach, with the Pacific Ocean as the western boundary. Its eastern boundary is roughly Aviation Blvd.

According to the United States Census Bureau, the city has a total area of 5.5 square miles (14 km2), over 99% of which is land.

Guinness World Records has listed El Segundo as having the most roads with a hill or grade.[14]

According to the 2010 United States Census, El Segundo had a median household income of $84,341, with 4.8% of the population living below the federal poverty line.[18] El Segundo has many aviation-related and petroleum-related industries and operations.[19][20] In 2006, it won an Eddy award for being the most business-friendly city in L.A. County.[21][22]

The name was adopted in 1911 when Chevron built its second refinery, El Segundo, which is Spanish for "the Second".[23] This refinery is controversial for receiving some of their crude oil from the Amazon region of South America - more than 5,000 barrels per day.[24] In 1928 William Mines, an immigrant from Canada, leased land for a flying field.[25] In 1930, Los Angeles Municipal Airport, later Los Angeles International Airport, opened north of El Segundo; its presence led to the concentration of aerospace and aviation-related firms in the El Segundo area.[23]

Many large aerospace companies have facilities in El Segundo, including Boeing, Raytheon,[26]Lockheed Martin, Northrop Grumman, Wyle Laboratories, the Aerospace Corporation, and Aerojet Rocketdyne Holdings. The last two are headquartered there. It is also home to the Los Angeles Air Force Base and the Space and Missile Systems Center, which is responsible for space-related acquisition for the military. In addition to the Chevron oil refinery, El Segundo is located next to the Hyperion sewage treatment plant[27] and the El Segundo power plant. The El Segundo power plant is operated by the American energy company NRG. In an effort to combine sustainable and environmentally friendly techniques with fossil power generation, NRG was to create a new combined cycle power island, providing power for 240,000 households. The new power plant, slated to go online in 2013, was to use two generators: a Siemens gas turbine[28] and an additional steam turbine. Natural gas drives the gas turbine, while the hot exhaust gases generate steam for the steam turbine. The efficiency of the power plant will be increased up to 58%. A huge environmental advantage of this type of power plant is that in combustion, natural gas generates relatively little carbon dioxide compared to other fossil fuels.

The current Boeing factory, the Boeing Satellite Development Center, was originally built by Nash Motors in 1946 and opened in 1948. In 1955, Hughes Aircraft Company purchased the 500,000 ft2 building; it was converted to build missiles and also served as a test facility.[29]

Film production companies are located in El Segundo, including Rhythm and Hues Studios and Lightstorm Entertainment.

The Los Angeles Times announced its newsroom would move from downtown Los Angeles to a 4.5-acre campus in El Segundo in the summer of 2018.[36]

According to the city's 2017-18 Comprehensive Annual Financial Report,[37] the top employers in the city are:

The North American branch of the Japanese video game publisher and developer Square Enix has its headquarters in El Segundo.[38]

The North American branch of Konami Digital Entertainment, a wholly owned subsidiary of Konami Corporation has its headquarters in El Segundo.[39]

Due to its proximity to Los Angeles International Airport, El Segundo became the host of several offices of airlines. In 1979, the United Airlines Reservation Center, a two-story, $4.5 million, 55,000-square-foot (5,100 m2) facility in the International Center, was scheduled to begin construction. Austin Co., a firm in Irvine, was to build the facility, which was scheduled for opening in May of that year.[40]Japan Airlines operates its United States headquarters, which was moved from New York City to El Segundo in around 2003.[41] at Suite 620 of 300 Continental Boulevard;[42]Cathay Pacific has an office in El Segundo.[43][44][45] The airline moved its North America headquarters to Greater Los Angeles in 1990,[46] and the headquarters were situated in El Segundo until 2005.[47][48]

Air China operates its North American headquarters in the 13,000-square-foot (1,200 m2) 2131 East Maple Avenue building, south of LAX, in El Segundo. Its current North American headquarters opened with a ribbon cutting ceremony and other festivities on Friday March 26, 2010. The call center reservations, marketing, and sales employees all moved into the building. The building includes a call center with space for 50 employees; when the building opened, half of the spaces had been filled.[49]

El Segundo has its own beach, as well as three public pools, including two outdoor pools open only during the summer months.[37] The El Segundo Parks and Rec staff are the basis for the hit NBC program Parks and Recreation.[59] El Segundo has two full-sized turf fields named Campus El Segundo Athletic Fields, which are open to the public.[60]

Management of the city and coordination of city services are provided by:[61]

In the United States House of Representatives, El Segundo is in California's 33rd congressional district, represented by Democrat Ted Lieu.[66] The El Segundo Unified School District serves the residential district of El Segundo, west of Pacific Coast Highway. The school district was listed as one of the state's 29 academic outperformers by Standards and Poor's in 2005.

Eastern El Segundo is part of the tax base for the Wiseburn School District and the Centinela Valley Union High School District (CVUHSD). There are no residential areas in the eastern part of the city.[73] This portion of the city includes corporate operations providing significant tax revenue to the districts.[74]

Vistamar School is a private school in El Segundo.

The El Segundo Herald is the community newspaper for El Segundo. It was established in 1911, six years before the city was incorporated. It had its centennial anniversary of service to the community in 2011.

A monthly arts and culture publication, The El Segundo Scene, began printing in May 2018. Created and run by two El Segundo residents, the magazine serves El Segundo and its neighbors in the South Bay.

Los Angeles International Airport (LAX) is located immediately to the north of El Segundo. In 2014, an air quality study found harmful ultrafine particles from the takeoffs and landings at LAX to be of much greater magnitude than previously thought.[77] 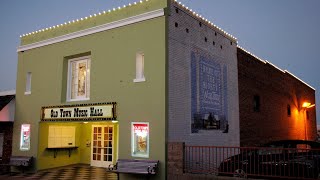 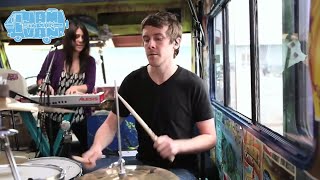 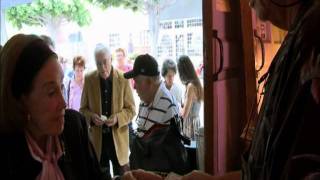 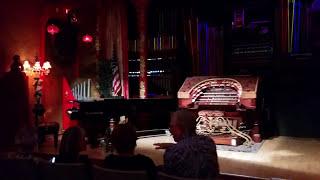 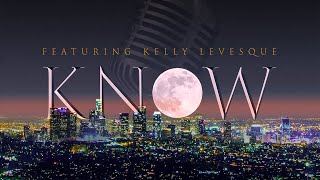 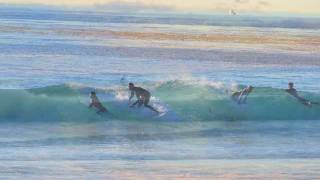 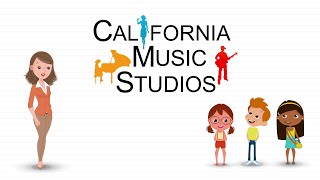 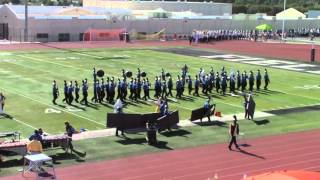 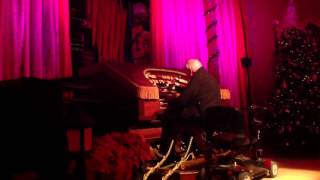 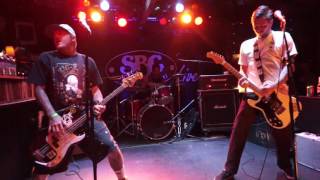 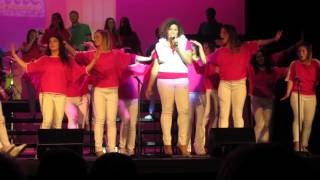 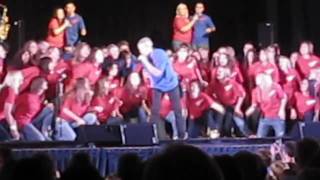 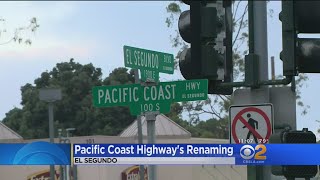 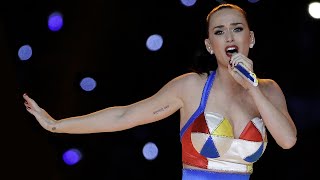 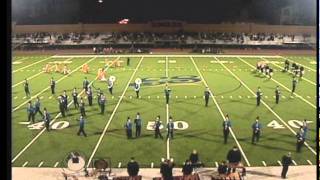 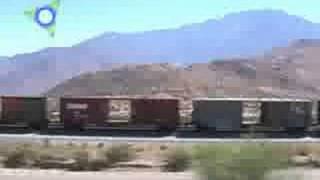 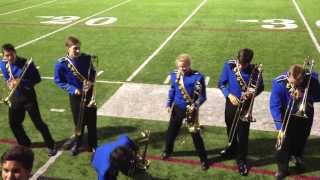 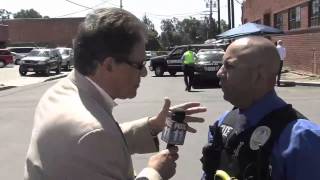