Emperor Renzong of Song (30 May 1010 - 30 April 1063, Chinese calendar: 14 April 1010 (the 3rd year of Dazhongxiangfu, ) - 29 March 1063 (the 8th year of Jiayou, ?)), personal name Zhao Zhen, was the fourth emperor of the Song dynasty in China. He reigned for about 41 years from 1022 to his death in 1063, and was the longest reigning Song dynasty emperor. He was the sixth son of his predecessor, Emperor Zhenzong, and was succeeded by his cousin's son, Zhao Shu who took the throne as Emperor Yingzong because his own sons died prematurely. His original personal name was Zhao Shouyi but it was changed by imperial decree in 1018 to "Zhao Zhen", which means 'auspicious' in Chinese.

His father Emperor Zhenzong died in 1022 leaving Renzong who was only 12 at the time as the new emperor. His stepmother Liu was the regent since he was young. In 1027, he was old enough to rule on his own but Liu refused to step down and ruled until her death. Compared to other famous Chinese emperors, Emperor Renzong was not widely known. His reign marked the high point of Song influence and power but was also the beginning of its slow disintegration that would persist over one and a half centuries.[1] One possible reason behind its weakness was its interpretation of its own foreign policy. The official policy of the Song Empire at the time was of pacifism and this caused the weakening of its military. The Tangut-led Western Xia state took advantage of this deterioration and waged small scale wars against the Song Empire near the borders.

In 1038, the Tangut chieftain Li Yuanhao named himself emperor of Da Xia and demanded Emperor Renzong recognise him as an equal. The Song court recognised Li Yuanhao as governor but not as "emperor", a title it regarded as exclusive to the Song emperor. After intense diplomatic contacts, in 1043 the Tangut state accepted the recognition of the Song emperor as emperor in exchange for annual gifts, which implied tacit recognition on the part of the Song of the military power of the Tanguts.

When Emperor Renzong came to power, he issued decrees to strengthen the military and paid massive bribes to the Khitan-led Liao dynasty, an adversary of Western Xia, in the hope that this would ensure the safety of the Song Empire. However, these policies involved a heavy price. Taxes were increased severely and the peasants lived in a state of perpetual poverty. This eventually caused organised rebellions to take place throughout the country and the breakdown of the Song government.

However, according to the records of History of Song, Renzong was considered to be merciful, tolerant, modest, lenient, and frugal, and seldom revealed his feelings on expressions. One popular folk story of him was about that Emperor Renzong felt hungry one night and was eager to eat mutton. When the servant was about to order the cooks to prepare it, Renzong stopped him and explained that this might cause wastage if the cooks kept cooking mutton from then on, and hence, he preferred to suffer from hunger rather than waste too much. Renzong ordered that officers of government must be very cautious in using the death penalty, and if an officer wrongly sentenced an innocent person to death even once, he would never be promoted. Renzong once said to his near ministers : "I have never used the word 'death' to scold others, how dare I abuse the death penalty?"[2]

During Emperor Renzong's reign, the culture of Song Dynasty, especially literature, began to prosper. Many most famous litterateurs and poets in Chinese history lived or started their creating careers during his reign, such as Fan Zhongyan, Ouyang Xiu and Mei Yaochen. In the 2nd year of Jiayou, the Imperial Examination enrolled some students who would become famous throughout China. The students included Su Xun, Su Shi, Su Zhe, Zeng Gong, etc. They became the most important litterateurs in Chinese history and also began a new era of Chinese literature.

Emperor Renzong elevated the 46th-generation descendants of Confucius to the current title of Duke Yansheng. They were previously of lower noble ranks.[3]

In 1055, Emperor Renzong became critically ill and started to worry about having no successor because his sons all died prematurely. Acting on the advice of his ministers, Emperor Renzong agreed to bring two of his younger male relatives into his palace. One of them was Zhao Zongshi, the future Emperor Yingzong, who was eventually chosen and designated as the Crown Prince.

He died of an illness in 1063 and was succeeded by Emperor Yingzong. Many people mourned his death, including the new Emperor Yingzong and, oddly enough, Emperor Daozong of Liao.

According to the 14th-century classical novel Water Margin, the first 27 years of Emperor Renzong's reign were known as the "Era of Three Abundances." But this was followed by a great plague around the year 1048 that decimated the population. It was only the prayers of the priests from the Taoist sect Way of the Celestial Masters that eventually lifted this pestilence. The imperial emissary who had been sent to the Taoist monastery recklessly entered the Suppression of Demons Hall, thinking the stories of demons was a hoax to delude gullible people.[5] 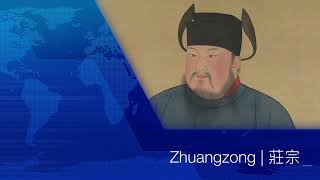 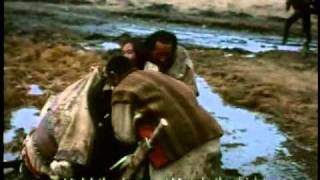 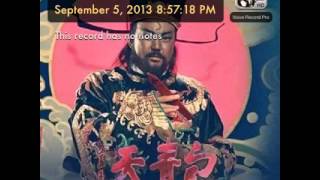 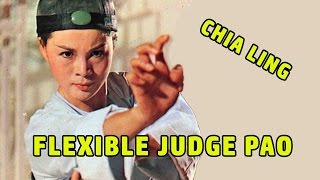 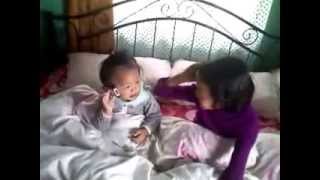 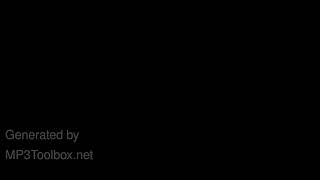 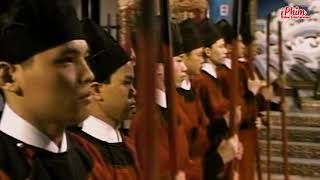 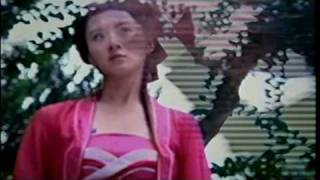 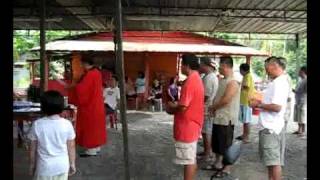