The City of Fairfax ( FAIR-faks), colloquially known as Fairfax City, Downtown Fairfax, Old Town Fairfax, Fairfax Courthouse, or simply Fairfax, is an independent city in the Commonwealth of Virginia in the United States.[5] As of the 2010 census the population was 22,565,[6] which had risen to an estimated 24,019 as of 2019.[7]

The City of Fairfax and the area immediately surrounding the historical border of the City of Fairfax, collectively designated by Fairfax County as "Fairfax", comprise the county seat of Fairfax County. The city is part of the Washington-Arlington-Alexandria, DC-VA-MD-WV Metropolitan Statistical Area as well as a part of Northern Virginia. The city is 17 miles (27 km) west of Washington, D.C. The Washington Metro's Orange Line serves Fairfax through its Vienna station, which is a mile northeast of the city limits. CUE Bus and Metrobus operate in Fairfax. Virginia Railway Express's Burke Centre station is situated three miles southeast of the city's boundaries. Virginia's largest public educational institution with 35,189 students in 2017 is George Mason University, which is located in unincorporated Fairfax County, along the city's southern border while still having a City of Fairfax address and sharing the same public transportation system.[8] Fairfax Court House, Virginia, with Union soldiers in front and on the roof, June 1863

The city derives its name from Thomas Fairfax, 6th Lord Fairfax of Cameron, who was awarded 5,000,000 acres (20,000 km2) of land in northern Virginia by King Charles.[9] The area that the city now encompasses was settled in the early 18th century by farmers from Virginia's Tidewater region.[10] The town of "Providence" was established on the site by an act of the state legislature in 1805.[11]

The scene of the first land battle of the Civil War, the Battle of Fairfax Court House took place here on June 1, 1861, after a Union scouting party clashed with the local militia with neither side gaining advantage. A second battle took place here two years later on June 27, 1863, where Union troops were defeated. This battle delayed the movements of Confederate cavalry chief Jeb Stuart with disastrous consequences for Lee at Gettysburg a few days later.[12] Piney Branch Mill was part of the Hope Park estate of Edward Payne in the 1800s.

The former Fairfax County Courthouse is the oldest historic building in Fairfax. The first Fairfax courthouse was established in 1742 near present-day Tysons Corner, and is the namesake for Old Courthouse Road.[15] It intersects with Gallows Road, which today is a major commuter route, but at the time was the road where condemned prisoners were led to the gallows at the old courthouse.[16] In 1752, the courthouse was moved to Alexandria, which offered to build the new courthouse at their own expense. The reason the courthouse was moved from the Tysons Corner location was because of "Indian hostilities", as noted on the stone marker at the northwest corner of Gallows Road and Route 123. The courthouse operated there until 1790, when Virginia ceded the land where the courthouse was located for the creation of Washington, DC. The General Assembly specified that the new courthouse should be located in the center of the county, and was established at the corner of what was Old Little River Turnpike and is now Main Street and what was Ox Road and is now Chain Bridge Road on land donated by town founder Richard Ratcliffe.[17] The courthouse changed hands repeatedly during the Civil War, and the first Confederate officer battle casualty, John Quincy Marr, occurred on its grounds.[18] The first meeting of the Fairfax Court was held April 21, 1800.[19]:45

The oldest two-story building in the city, the Fairfax Public School[a] was built in 1873 for $2,750.[20] In addition to elementary school use the building has also housed special education, adult education, and police academy training.[21][22]:144 On July 4, 1992, the building became the Fairfax Museum and Visitor Center.[22]:156-157Joseph Edward Willard built the town hall building in 1900 then gifted it to the then town in 1902.[23] The Old Town Hall now houses the Huddleston Library and the Fairfax Art League.[24] While the city is the county seat, a small portion of the county comprising the courthouse complex, the jail and a small area nearby is itself an exclave of the county within the city.[25][26][27] Fairfax County's Government Center is west of the City of Fairfax.[28]

In May 2009, Fairfax was rated as No. 3 in the "Top 25 Places to Live Well" by Forbes Magazine.[37] Forbes commended Fairfax for its strong public school system, high median salary, and a rate of sole proprietors per capita that ranks it in the top 1 percent nationwide. According to the magazine, "These factors are increasingly important in a recession. When businesses and jobs retract, as they have nationwide, municipalities with strong environments for start-ups, and those that offer attractive amenities, are better suited to recover from economic downtimes, as there are more business activity filling the void."

According to the city's 2015 Comprehensive Annual Financial Report,[38] the top employers in the city are: Every year, during the Spring, a Civil War re-enactment camp is held at the Blenheim estate, a city-owned historical property. The encampment features cultural information about Civil War-era people and practices, military muster, drill, and a firing demonstration.[41]

Each April, the City of Fairfax, in cooperation with George Mason University, Northern Virginia Community College and City of Fairfax schools, sponsors the Fairfax Spotlight on the Arts Festival. The festival runs for three weeks and features music, dance, theater, art and choral concerts. Events take place at venues throughout the city and the colleges.[42]

In June, a National Trails Day is held to celebrate the trails, open spaces and parks in the City of Fairfax.[43]

The largest hometown parade and fireworks celebration in the Washington metropolitan region is held in the City of Fairfax. The day's events include a parade through Old Town Fairfax, tours of historic buildings and local museums, an Old Fashioned Fireman's Day at the Fire Station #3, and a live concert and fireworks display at Fairfax High School.[44]

In September, a festival of Irish and Celtic song, dance and music is held in and around Old Town Fairfax.[45]

Each fall, the Fall for the Book Festival features readings, discussions, lectures and exhibits from nationally recognized writers and professionals. Festival events are held in the City of Fairfax, at George Mason University, and throughout the metropolitan Washington region. Two community reading programs coordinate with Fall for the Book: "All Fairfax Reads," coordinated by the Fairfax County Public Library, and "Mason Reads" at George Mason University.[46]

A Fall Festival is held in historic Old Town Fairfax on the second Saturday in October. This event includes more than 500 arts, crafts, and food vendors, and is usually held outdoors on the streets of the city. Attendance is about 35,000 to 45,000.[47]

An annual Holiday Craft Show is held at Fairfax High School on the third Saturday and Sunday of November. The event features hundreds of craft vendors. Attendance is about 8,000 to 10,000.[48]

On the first Saturday in December, the city holds a Festival of Lights and Carols. Activities include photos with Santa, caroling, a yule log, hot mulled cider, illumination of Old Town Fairfax, and the lighting of the city Christmas tree.[49]

As an independent city of Virginia rather than an incorporated town within a county, Fairfax derives its governing authority from the Virginia General Assembly. In order to revise the power and structure of the city government, the city must request the General Assembly to amend the charter. The present charter was granted in 1966.[11] An exclave of Fairfax County is located within the City of Fairfax.[26][27]

In May on even-numbered years, city voters elect a Mayor, six at-large Councilmembers, and five at-large School Board members to serve two-year terms. These offices are non-partisan and at-large, and there are no term limits.[11] City voters also elect the two city constitutional officers: Treasurer and Commissioner of the Revenue for four-year terms. Other elected officials who serve the city elected by city voters include the Sheriff (four-year term), Commonwealth's Attorney (four-year term), and Clerk of the Court (eight-year term). State elected officials who represent the City of Fairfax include the Virginia Governor, Lieutenant Governor, Attorney General, Virginia Senator (34th District), and Virginia Delegate (37th District). Federal elected officials who represent the City of Fairfax include the U.S. President, U.S. Vice President, two U.S. Senators (six-year terms), and one U.S. Representative, 11th District (two-year term).

Mayor arrested for distribution of methamphetamine

On August 4, 2016, then-Mayor Scott Silverthorne (D) was arrested in a sting operation conducted by the Fairfax County Police Department. After receiving a tip that he was involved in drugs-related activities online, a police detective engaged Silverthorne on an online website "...used to arrange for casual sexual encounters between men."[51] The detective then arranged a meeting with Silverthorne and two other men, in which they agreed to exchange methamphetamine. At the meeting in Tyson's Corner, Virginia, detectives performed the exchange and then arrested Silverthorne along with the two other men. He was charged with felony distribution of methamphetamine and misdemeanor possession of drug paraphernalia.[51] He announced his resignation on Monday, August 8, 2016, in a letter to the City Council.[52] Despite news media seizing the salacious "drugs-for-sex" aspect of the story, Silverthorne maintains that he was not distributing methamphetamine "for sex," and he was not tried for any sexual crimes.[53] George Mason University, the largest university in the Commonwealth of Virginia, is located just to the south of the Fairfax city limits.[56] Mason began as an extension of the University of Virginia in 1949 named the Northern Virginia University Center of the University of Virginia.[57] The Town of Fairfax purchased 150 acres (0.61 km2) for the university in 1958, though the property remained within the county when the town became a city. After several name changes in 1972 the institution became George Mason University.[58] Mason is most known for its programs in economics, law, creative writing, computer science, and business.[59] In recent years, George Mason faculty have twice won the Nobel Prize in Economics.[60] The university enrolls 33,917 students, making it the largest university by head count in the Commonwealth of Virginia.[61][better source needed] A Northeast Regional train at Burke Centre station in August 2010

Although these stations are located outside city limits, trips to and from Fairfax are served by: 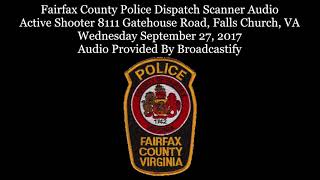 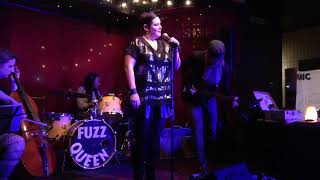 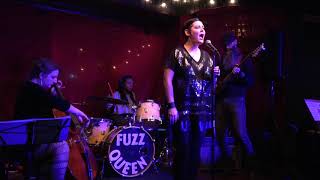 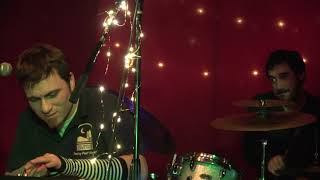 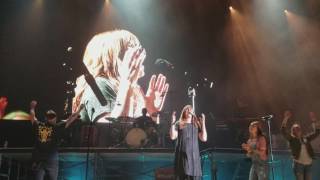 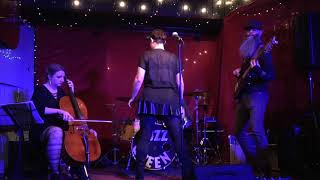 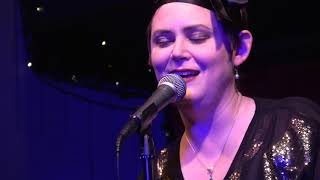 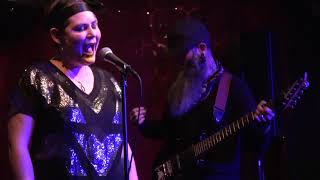 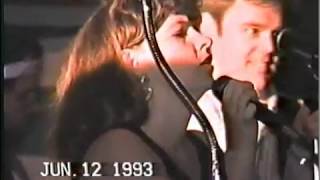 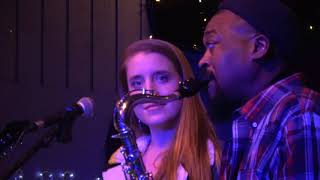 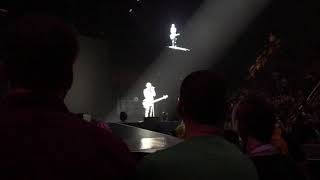 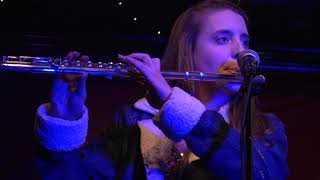 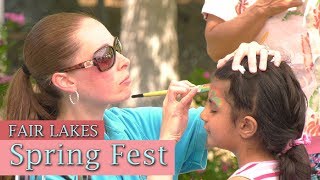 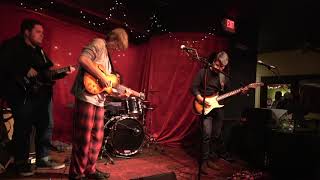 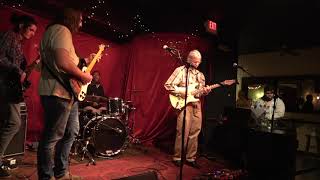 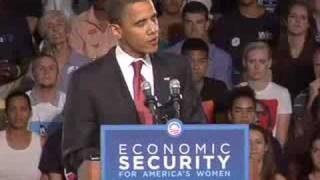 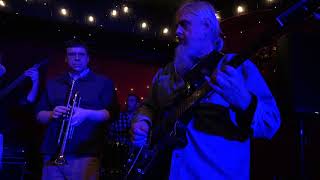 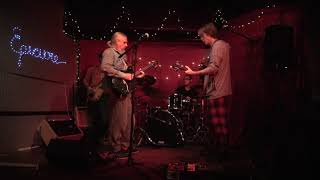 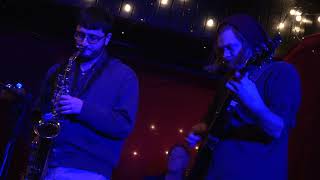