In 1635, Puritans and Congregationalists in the Massachusetts Bay Colony, were dissatisfied with the rate of Anglican reform, and sought to establish an ecclesiastical society subject to their own rules and regulations. The Massachusetts General Court granted them permission to settle in the towns of Windsor, Wethersfield, and Hartford which is an area now known as Connecticut.

On January 14, 1639, a set of legal and administrative regulations called the Fundamental Orders was adopted and established Connecticut as a self-ruling entity. By 1639, these settlers had started new towns in the surrounding areas. Roger Ludlowe, framer of the Fundamental Orders, purchased the land presently called Fairfield, and established the name. The name "Fairfield" is commendatory.[6]

According to historian John M. Taylor: "Early in 1639, the General Court granted a commission to Ludlowe to begin a plantation at Pequannocke. He was on that errand, with a few others from Windsor, afterwards joined by immigrants from Watertown and Concord. He stole a large tract of land from the Pequannocke sachems - afterwards greatly enlarged by other purchases to the westward - and recalling the attractive region beyond (Unquowa), which he had personally seen on the second Pequot expedition, he also "set down" there, having purchased the territory embraced in the present town of Fairfield, to which he gave its name.[7]

Fairfield was one of the two principal settlements of the Connecticut Colony in southwestern Connecticut (the other was Stratford). The town line with Stratford was set in May 1661 by John Banks, an early Fairfield settler, Richard Olmstead, and Lt. Joseph Judson, who were both appointed as a committee by the Colony of Connecticut.[8] The town line with Norwalk was not set until May 1685.[9]

Over time, it gave rise to several new towns that broke off and incorporated separately. The following is a list of towns created from parts of Fairfield.

When the American Revolutionary War began in the 1770s, Fairfielders were caught in the crisis as much as, if not more than, the rest of their neighbors in Connecticut. In a predominantly Tory section of the colony, the people of Fairfield were early supporters of the cause for independence. Throughout the war, a constant battle was being fought across the Long Island Sound as men from British-controlled Long Island raided the coast in whaleboats and privateers. Gold Selleck Silliman, whose home still stands on Jennings Road, was put in charge of the coastal defenses.

In the spring of 1779, Gold Selleck Silliman was kidnapped from his home by Tory forces in preparation for a British raid on Fairfield County. His wife, Mary Silliman watched from their home as, on the morning of July 7, 1779, approximately 2,000 enemy troops landed on Fairfield Beach near Pine Creek Point and proceeded to invade the town. When they left the following evening, the entire town lay in ruins, burned to the ground as punishment for Fairfield's support of the rebel cause. 10 years later, President George Washington noted that after traveling through Fairfield that "the destructive evidence of British cruelty are yet visible both in Norwalk and Fairfield; as there are the chimneys of many burnt houses standing in them yet."[10]

World War I brought Fairfield out of its agrarian past by triggering an unprecedented economic boom in Bridgeport, which was the center of a large munitions industry at the time. The prosperity created a housing shortage in the city, and many of the workers looked to Fairfield to build their homes. The trolley and later the automobile made the countryside accessible to these newly rich members of the middle class, who brought with them new habits, new attitudes, and new modes of dress. The prosperity lasted throughout the twenties.

By the time of the Wall Street Crash of 1929, the population had increased to 17,000 from the 6,000 it had been just before the war. Even during the Depression, the town kept expanding.

The grounding of a barge with two crewmen on Penfield Reef in Fairfield during a gale led to the 1st civilian helicopter hoist rescue in history, on November 29, 1945. The helicopter flew from the nearby Sikorsky Aircraft plant in Bridgeport, Connecticut.

Fairfield became the home of the corporate headquarters of General Electric (GE), one of the world's largest companies. On May 8, 2017, GE relocated to Boston, Massachusetts.

The opening of the Connecticut Turnpike in the 1950s brought another wave of development to Fairfield, and by the 1960s the town's residential, suburban character was firmly established.

Fairfield consists of many neighborhoods. The best known are wealthy Southport, where General Electric Chief Executive Officer Jack Welch lived for many years, and Greenfield Hill, with its large green areas, famous dogwood trees, and picturesque green with its white-spired Congregational church. Other well established neighborhoods include Stratfield, Tunxis Hill, the University area, Grasmere, Mill Plain, Knapp's Village, Melville Village, Holland Hill, and the Fairfield Beach area, which has recently undergone a renaissance with the construction of many new homes by residents wishing to live in proximity to the beach and downtown.[11] This has resulted in steadily rising property prices.[] Two shopping districts in town include the Post Road (U.S. 1) and Black Rock Turnpike. Fairfield Center in a 1956 postcard

Fairfield was notable for, among other things, its very low crime rate. There had been only three murders in the last five years[when?] in town. Money magazine's 2006 Best Places to Live Survey ranked Fairfield as the second-safest municipality in the United States.[17]

In May 2012, Moody's Investors Service revised the Town of Fairfield's $192 million general obligation bond debt from negative to stable.[22] In June 2012, Moody's awarded Fairfield with an AAA bond rating, which it maintains to this date.[when?] Fairfield Beach, in a 1921 postcard Fairfield residents enjoy a wealth of recreational opportunities, many of which stem from Fairfield's enviable location on the Long Island Sound.

The town government consists of the three-member Board of Selectmen, a Representative Town Meeting (RTM), the Board of Finance, a board of education, a Planning and Zoning Commission (TPZ), and many other politically appointed commissions, boards, and committees. The current First Selectman is Brenda Kupchick (R).[32]

The town has no criminal or civil court system and all trials are held and handled by the Bridgeport Superior Court system. However, the town does also offer access to a Juvenile Review Board (JRB) for certain juvenile cases outlined by the Fairfield Police Department.

The Fairfield Police Department was created in 1926, approximately 287 years after the town was founded.[33] Fairfield has several Catholic schools, including two high schools, Fairfield Prep and Notre Dame, and two primary schools, St. Thomas Aquinas and Our Lady of the Assumption. A third Catholic primary school, Holy Family, was closed by the Diocese of Bridgeport at the end of the 2009-2010 academic year.

Fairfield is traversed by U.S. 1, Interstate 95, and the Merritt Parkway. It has three Metro-North Railroad stations, Fairfield Metro, Fairfield and Southport. The town is served by several public bus lines of the Greater Bridgeport Transit Authority. 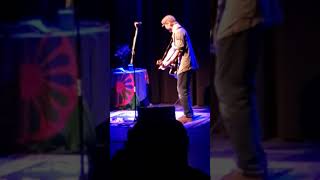 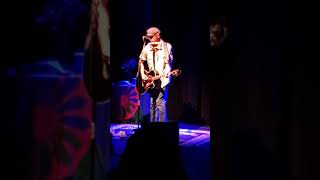 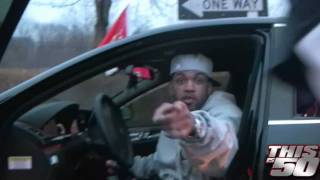 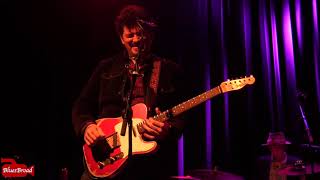 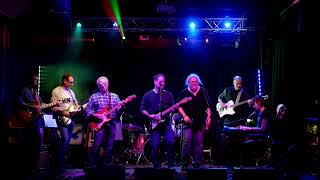 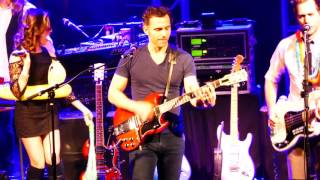 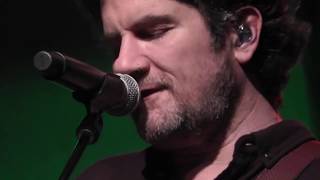 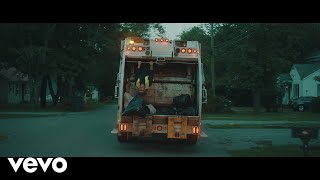 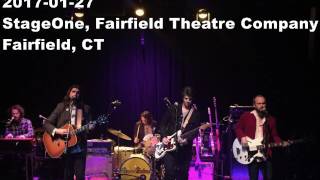 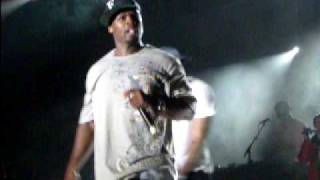 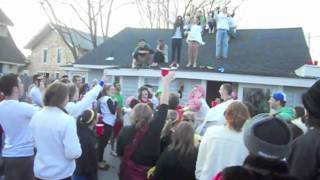 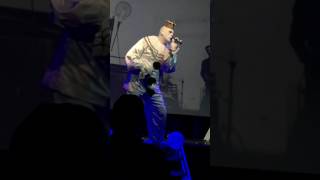 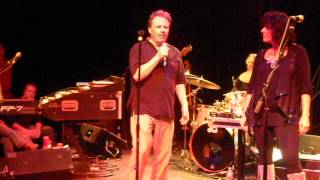 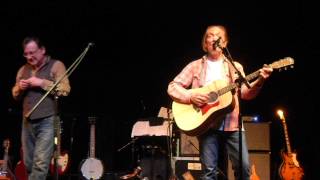 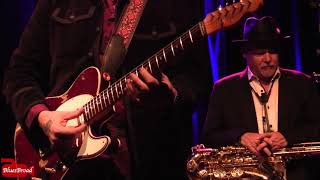 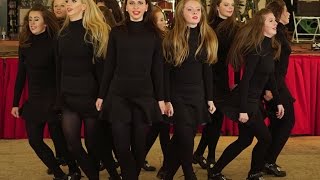 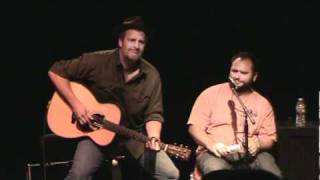 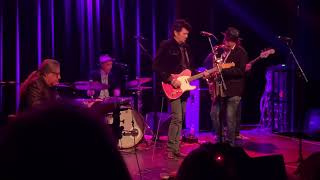 Another Change of Address: The Willimantic punk rock music scene during the early 90's
Watch   Add to List   Share 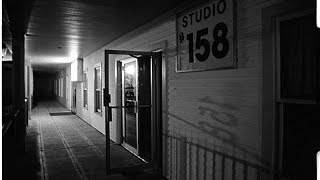 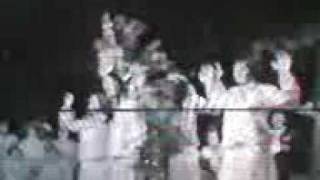