Fairport is a village located in the Town of Perinton, which is part of Monroe County, New York. Fairport is a suburb 9 miles (14 km) east of Rochester. It is also known as the "Crown Jewel of the Erie Canal".[3] In 2005 it was named as one of the "Best Places to Live" by Money Magazine.[4] The population of the Village of Fairport is 5,353 as of the 2010 census.

The town of Perinton was first settled by European Americans in the two flat areas of Perinton Center (Turk Hill and Ayrault Roads) and Egypt. The first settlers in Perinton were Glover Perrin, his wife Johanna and his brother Jesse. What was developed as the village of Fairport was a swampy area within the Town of Perinton until the 1820s, when it was drained by construction of the new Erie Canal. With the opening of the Canal, what was then known as Perrinsville quickly became a busy canal port with a reputation for being a "fair port."[3][5] A further boon to the area's reputation as an industry and transportation center came with the construction of railroads in 1853.[3] This now booming section of Perrinsville was incorporated as a village on and eventually became the center of activity for the town of Perinton.[6]

Perspective map of Fairport with list of landmarks from 1885 by L.R. Burleigh

In the early 20th century, the Erie Canal was expanded and renamed the Barge Canal. (It reverted to its original name in 1992). Barge transportation rapidly declined as automobiles and trucks became popular. The town began to expand away from the canal. The Erie Canal is now used mainly for recreation.

Fairport acquired its name in the mid-19th century from a traveler on the Erie Canal who was overheard at Mallett's Tavern referring to the village as a fair port.[3] Local legend has it that the same visitor vociferously complained the next morning that the Millstone Block Hotel had bedbugs, and he stormed out of Fairport, never to return. The name, however, stuck.[]

In 2005, Money Magazine and CNN/Money ranked Fairport as #62 on their "Best Places to Live" list.

In 2008, Relocate America included Fairport in their "Top 100 Places To Live" list.

The First Baptist Church of Fairport, Wilbur House, and Henry DeLand House are listed on the National Register of Historic Places.[7]

Although officially the name of only the village, "Fairport" is often used to refer to a large portion of the encompassing township of Perinton as well. Both the Fairport Central School District and Fairport zip codes overlap closely with the borders of the Town of Perinton. Much of the activity of Fairport revolves around the Erie Canal waterfront. The Fairport Village Landing, opened in 1977, and Packett's Landing, built in the early 1980s, are two of the main shopping, dining and gathering spots in the village. Both developments resulted from a then controversial decision to raze much of the core of historic buildings in the center of the village in favor of the style of urban development then coming into vogue.

The Colonial Belle is a popular tour boat that offers canal cruises from Packett's Wharf on the south bank of the Erie Canal in downtown Fairport.

Fairport is the home of Fairport Canal Days <Fairport Canal Days Home Page>. This festival takes place the first full weekend of June each year and features many Rochester, Monroe County, New York area performers, including The Perinton Concert Band, The Rochester Scottish Pipe Band, and the Rochester Philharmonic Orchestra. Artists and artisans from more than a dozen states and Canada flock to Fairport to show their goods at the three-day festival. During Canal Days, a large portion of Main Street is blocked off and reserved for vendors and stands. The parking lot of Fairport Village Landing is also blocked off and used strictly for stands.

Fairport's calendar is filled with numerous other family-oriented activities. Each Tuesday during the summer the village hosts live entertainment. Thursday evenings see hundreds gather at the canalside gazebo at Kennelly Park to enjoy live music of a variety of musical styles and genres. Center Stage at Center Park, a large outdoor amphitheater just minutes from the village, hosts live stage performances, festivals and concerts throughout the summer. The village also hosts numerous seasonal festivals throughout the year as well, such as the Fairport Music and Food Festival.

Fairport also has its own Farmer's Market that takes place in the parking lot behind Bank of America at 58 South Main Street. It opens the first Saturday of May and closes the Saturday before Thanksgiving. It's open from 7 am to Noon, however it is not open the weekend of Canal Days.

The Erie Canal towpath is a popular walking/biking path. The section from Rochester's Genesee Valley Park to the village of Fairport is one of the most popular sections on the entire 340 miles (550 km) of the Erie Canal. In the Rochester area the towpath is a mix of pavement and crushed gravel.

Although less popular, the section heading east from Fairport is high quality and an excellent trail. Hikers, bikers, dog-walkers, and runners are common on this section. It takes about 30 minutes to cycle from Route 250 to Canandaigua Road on the towpath.

Perinton Park is popular family oriented park located on the banks of Erie Canal at Fairport Road (Route 31F) - the traditional east/west gateway into the village. The park is a short walk on the canal from the village. Nearby is the rowing boathouse for the Fairport Crew Club, an independent rowing club for local residents. The FCC boathouse is used to store rowing shells, whose teams can be seen practicing on the canal most days during the traditional canal season. Each September Fairport hosts the "Lift Bridge Regatta", a popular crew event featuring some of the top crew clubs in the Northeast.

The Fairport Red Raiders represent Fairport High School in all varsity sports. For decades their traditional rivals in football were the East Rochester Bombers, whom they played annually for the Little Brown Jug. The tradition was ended October 30, 1987 when it was acknowledged that Fairport's student enrollment was much larger than that of East Rochester.

The village of Fairport owns and operates a municipal power corporation called Fairport Electric. Incorporated in 1901, Fairport Electric provides electric power to its customers at lower rates than those charged by neighboring utilities. Fairport Electric has purchased power from the New York Power Authority since 1961. The Village Board is the local legislative body, consisting of the Mayor and four Trustees. Board members are elected in the November general elections and serve a term of four years.

The Village Justice, also elected in the November general elections for a four-year term, presides over the village court which settles criminal, civil, small claims, parking, vehicle and traffic cases that occur within the Village.

The Village Board selects a Village Administrator with responsibility for directing Village operations, including those of the Fairport Municipal Commission and for serving as budget director, zoning officer and public safety officer.

Serving under the Village Administrator and appointed by the mayor with Board of Trustees approval, are the clerk/treasurer, deputy clerk, deputy treasurer and building inspector/fire marshal.[13]

The Fairport Central School District has eight schools in total. Dudley Elementary School educates students in grades K - 2, and is attached to Northside Elementary School which educates students in grades 3 - 5. Jefferson Avenue Elementary and Brooks Hill Elementary Schools school serves students in grades K - 5 as well. Martha Brown Middle School and Johanna Perrin Middle School school is for students grades 6 - 8. All of the students come together for grade 9 at Minerva Deland School. Then they all move on to Fairport High School to continue grades 10 - 12. The "Fairport Family" prides itself for being very close and integrating programs for all of the schools to participate in together. The beloved program, "Brotherhood Sisterhood Week," takes place in March every year for one week. It focuses on Civility, Awareness, Respect, and Embrace (CARE) in each of the schools. At the end of the week, high school students, who have been pen pals with elementary school students for about a month, visit their buddies to teach about CARE and do fun activities. 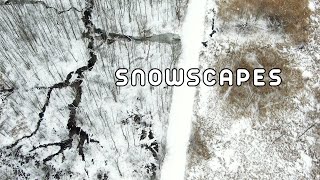 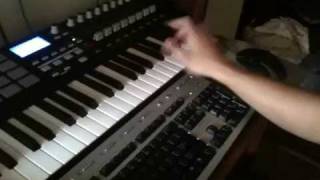 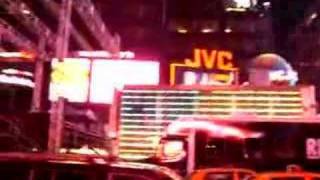 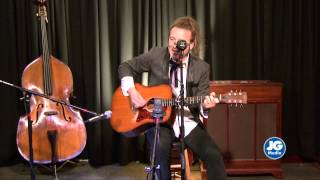 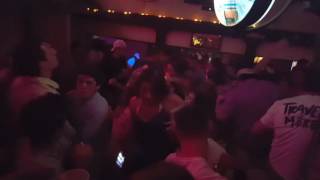 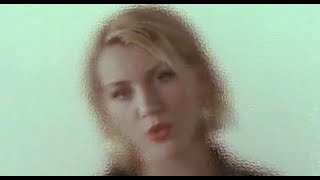 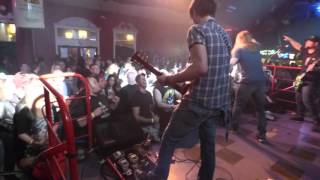 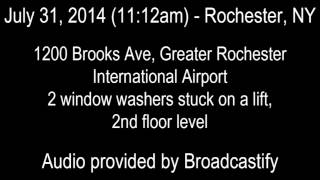 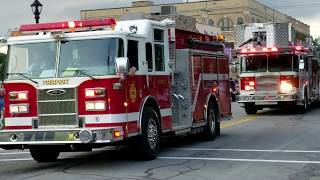 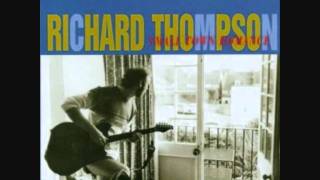 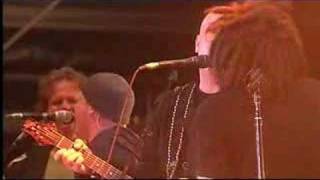 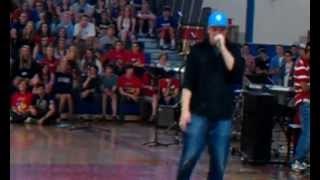 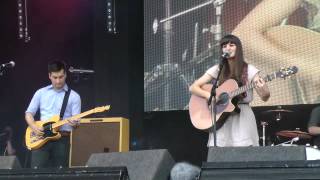 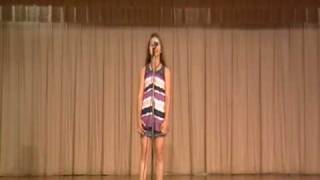 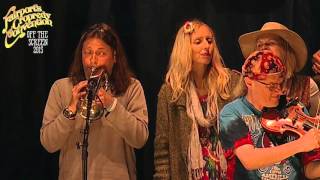 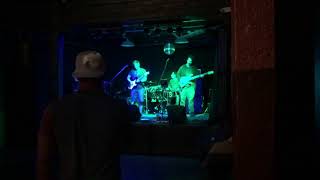 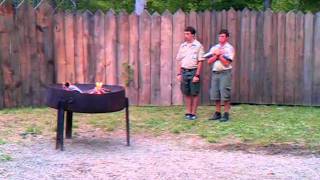 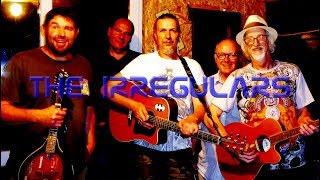