Falls Church is an independent city in the Commonwealth of Virginia.[3] As of the 2010 census, the population was 12,332.[4] The estimated population in 2019 was 14,617.[5] Falls Church is included in the Washington metropolitan area.

Taking its name from The Falls Church, an 18th-century Church of England (later Episcopal Church) parish, Falls Church gained township status within Fairfax County in 1875. In 1948, it was incorporated as the City of Falls Church, an independent city with county-level governance status although it is not a county.[6]

The independent city of Falls Church is named for the 1734 religious institution named The Falls Church founded at the intersection of important Indian trails that were later paved and named Broad Street, Lee Highway and Little Falls Street.[8]

The first known government in the area was the Iroquois Confederacy.[9] After exploration by Captain John Smith, England began sending colonists to what they called Virginia.[10] While no records have yet been found showing the earliest colony settlement in the area, a cottage demolished between 1908 and 1914, two blocks from the city center, bore a stone engraved with the date "1699" set into one of its two large chimneys.[11]

During the American Revolution the area is most known for The Falls Church vestrymen George Washington and George Mason.[12] A copy of the United States Declaration of Independence was read to citizens from the steps of The Falls Church during the summer of 1776.[13]

During the American Civil War Falls Church voted 44-26 in favor of secession.[14] The Confederate Army occupied the then village of Falls Church as well as Munson's and Upton's hills to the East, probably due to their views of Washington, D.C.[15] On September 28, 1861, Confederate troops withdrew from Falls Church and nearby hills, retreating to the heights at Centreville. Union troops took Munson's and Upton's hills, yet the village was never entirely brought under Union rule.[16] Mosby's Raiders made several armed incursions into the heart of Falls Church to kidnap and murder suspected Northern sympathizers in 1864 and 1865.[17]

Cherry Hill Farmhouse and Barn, an 1845 Greek-Revival farmhouse and 1856 barn, owned and managed by the city of Falls Church, are open to the public on select Saturdays in summer.[18] Tinner Hill Arch and Tinner Hill Heritage Foundation represent a locus of early African American history in the area, including the site of the first rural chapter of the NAACP.[] Two of the District of Columbia's original 1791 boundary stones (see: Boundary Markers of the Original District of Columbia) are located in public parks on the boundary between Falls Church and Arlington County. The West cornerstone stands in Andrew Ellicott Park at 2824 Meridian Street, Falls Church and N. Arizona Street, Arlington, just south of West Street.[19] Stone number SW9 stands in Benjamin Banneker Park on Van Buren Street, south of 18th Street, near the East Falls Church Metro station. Most of Banneker Park is in Arlington County, across Van Buren Street from Isaac Crossman Park at Four Mile Run.[20]

According to the United States Census Bureau, the city has a total area of 2.0 square miles (5.2 km2), all of it land and none of it water.[21] Falls Church is the smallest independent city by area in Virginia. Since independent cities in Virginia are considered county-equivalents, it is also the smallest county-equivalent in the United States by area.

The center of the city is the crossroads of Virginia State Route 7 (Broad St./Leesburg Pike) and U.S. Route 29 (Washington St./Lee Highway).

The median income for a household in the city was $120,000, with 4% of the population below the poverty line, the lowest level of poverty of any independent city or county in the United States.

In 2011, Falls Church was named the richest county in the United States, with a median annual household income of $113,313.[29] While Fortune 500 companies General Dynamics and Northrop Grumman have headquarters with mailing addresses in Falls Church, they are physically in Fairfax County.[30]

According to the city's 2016 Comprehensive Annual Financial Report,[31] the top employers in the City are:

The city has broken ground on several redevelopment projects to be completed in the next few years, including the West Falls Church Economic Development Project and Founders Row along Route 7/Broad street.

The city holds an annual Memorial Day Parade with bands, military units, civic associations, and fire/rescue stations, in recent years the event has featured a street festival with food, crafts, and non-profit organization booths, and a 3K fun run (the 2009 race drew some 3,000 runners).[32] the Falls Church Farmer's Market is held Saturdays year-round, Jan 3 - April 25 (9 am - Noon), May 2 - Dec 26 (8 am - Noon), at the City Hall Parking Lot, 300 Park Ave. In addition to regional attention,[33] in 2010 the market was ranked first in the medium category of the American Farmland Trust's contest to identify America's Favorite Farmers' Markets.[34]

The Falls Church Village Preservation and Improvement Society was founded in 1885 by Arthur Douglas and re-established in 1965 to promote the history, culture, and beautification of the city. The Tinner Hill Heritage Foundation was founded in 1997 by Edwin B. Henderson II to preserve the Civil Rights and African American history and culture. Falls Church is where the first rural branch of the NAACP was established stemming from events that took place in 1915, when the town passed a segregation ordinance by creating segregated districts in the town. The ordinance was not enforced after the U. S. Supreme Court ruling in Buchanan v. Warley in 1917. The Mary Riley Styles Public Library is Falls Church's public library; established in 1928, its current building was constructed for the purpose in 1958 and expanded in 1993.[35] In addition to its circulating collections, it houses a local history collection, including newspaper files, local government documents, and photographs. The State Theatre stages a wide variety of live performances. Built as a movie house in 1936, it was reputed to be the first air-conditioned theater on the east coast. It closed in 1983; after extensive renovations in the 1990s, including a stage, bar, and restaurant, it re-opened as a music venue.[36]

Falls Church is governed by a seven-member city council, each elected at large for four-year, staggered terms.[38] Council members are typically career professionals holding down full-time jobs.[38] In addition to attending a minimum of 22 council meetings and 22 work sessions each year, they also attend meetings of local boards and commissions and regional organizations (several Council Members serve on committees of regional organizations as well).[38] Members also participate in the Virginia Municipal League and some serve on statewide committees.[38] The mayor is elected by members of the council.[38] The city operates in a typical council-manager form of municipal government, with a city manager hired by the council to serve as the city's chief administrative officer.[38] The city's elected Sheriff is S. Steven Bittle. Candidates for city elections typically do not run under a nationally affiliated party nomination.[38]

City services and functions include education, parks and recreation, library, police, land use, zoning, building inspections, street maintenance, and storm water and sanitary sewer service. Often named a Tree City USA, the city has one full-time arborist. Some public services are provided by agreement with the city's county neighbors of Arlington and Fairfax, including certain health and human services (Fairfax); and court services, transport, and fire/rescue services (Arlington). The city provided water utility service to a large portion of eastern Fairfax County, including the dense commercial areas of Tysons Corner and Merrifield, until January 2014, when the water utility was sold to the Fairfax County Water Authority.[39]

The city is served by Falls Church City Public Schools:

Falls Church City is eligible to send up to three students per year to the Fairfax County magnet school, Thomas Jefferson High School for Science and Technology.[41]

The Falls Church News-Press is a free weekly newspaper founded in 1991 that focuses on local news and commentary and includes nationally syndicated columns.[43] The area is also served by national and regional newspapers, including The Washington Times and The Washington Post. The City is also served by numerous citizen- and corporate-sponsored Internet blogs. WAMU Radio 88.5 produces news and opinion programs with a local focus. The junction of US 29 and SR 7 in Falls Church

Some of the principal characters in the television series The Americans, including Philip and Elizabeth Jennings, their children Paige and Henry, and FBI agent Stan Beeman, live in Falls Church.[67]

In 2006, Falls Church entered into a sister city relationship with Kokolopori, Democratic Republic of the Congo.[68] 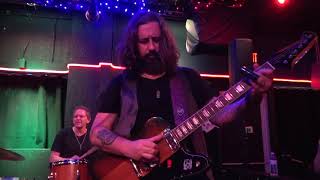 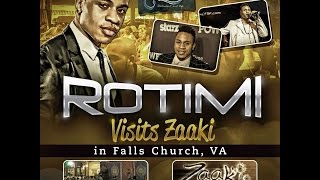 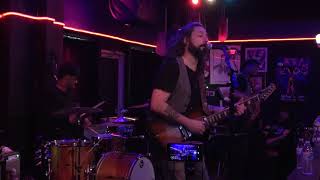 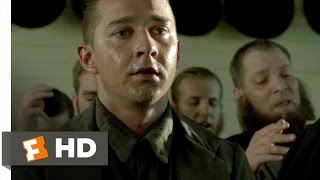 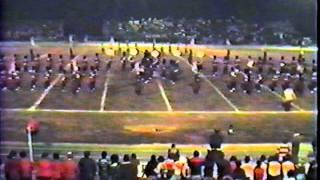 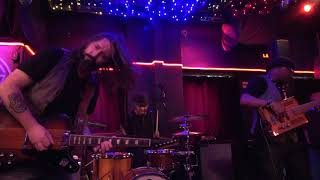 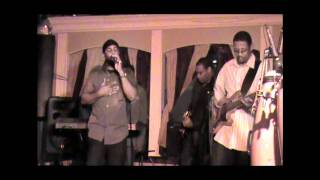 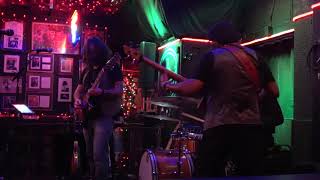 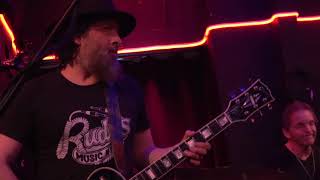 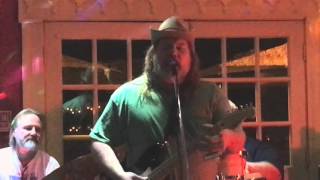 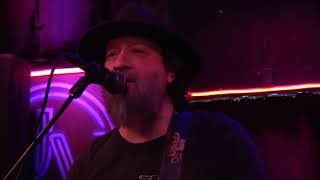 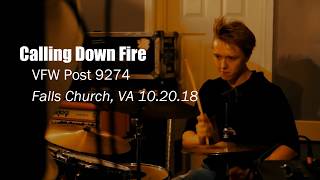 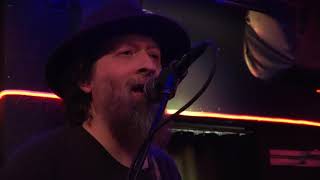 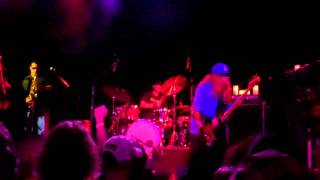 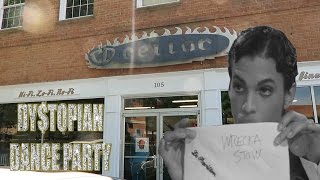 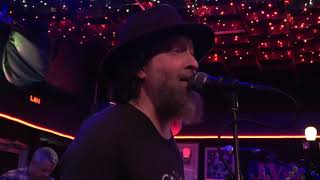 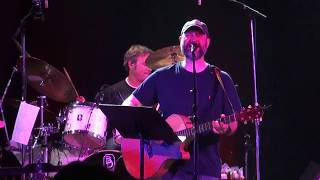 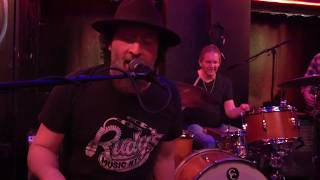 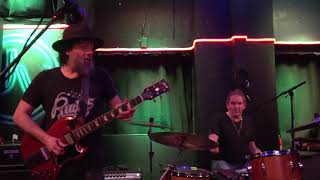