A fiddle is a bowed string musical instrument, most often a violin.[1] It is a colloquial term for the violin, used by players in all genres including classical music. Although in many cases violins and fiddles are essentially synonymous, the style of the music played may determine specific construction differences between fiddles and classical violins. For example, fiddles may optionally be set up with a bridge with a flatter arch to reduce the range of bow-arm motion needed for techniques such as the double shuffle, a form of bariolage involving rapid alternation between pairs of adjacent strings.[2] To produce a "brighter" tone, compared to the deeper tones of gut or synthetic core strings, fiddlers often use steel strings. The fiddle is part of many traditional (folk) styles, which are typically aural traditions--taught 'by ear' rather than via written music.[3]

Fiddling is the act of playing the fiddle, and fiddlers are musicians that play it. Among musical styles, fiddling tends to produce rhythms that focus on dancing, with associated quick note changes, whereas classical music tends to contain more vibrato and sustained notes. Fiddling is also open to improvisation and embellishment with ornamentation at the player's discretion--in contrast to orchestral performances, which adhere to the composer's notes to reproduce a work faithfully. It is less common for a classically trained violinist to play folk music, but today, many fiddlers (e.g., Alasdair Fraser, Brittany Haas, Alison Krauss[4]) have classical training.

The medieval fiddle emerged in 10th-century Europe, deriving from the Byzantine lira (Greek: ?, Latin: lira, English: lyre), a bowed string instrument of the Byzantine Empire and ancestor of most European bowed instruments.[5][6]

The first recorded reference to the bowed lira was in the 9th century by the Persian geographer Ibn Khurradadhbih (d. 911); in his lexicographical discussion of instruments he cited the lira (l?r?) as a typical instrument of the Byzantines and equivalent to the rab?b played in the Islamic Empires.[7]

Lira spread widely westward to Europe; in the 11th and 12th centuries European writers use the terms fiddle and lira interchangeably when referring to bowed instruments.[5]

West African fiddlers have accompanied singing and dancing with one-string gourd fiddles since the twelfth century, and many black musicians in America learned on similar homemade fiddles before switching over to the European violin. As early as the mid-1600s, black fiddlers ("exquisite performers on three-stringed fiddles") were playing for both black and white dancers at street celebrations in the Dutch settlement of New Amsterdam (New York City), and by 1690 slave fiddlers were routinely providing the music at plantation balls in Virginia.[8]

Over the centuries, Europe continued to have two distinct types of fiddles: one, relatively square-shaped, held in the arms, became known as the viola da braccio (arm viol) family and evolved into the violin; the other, with sloping shoulders and held between the knees, was the viola da gamba (leg viol) group. During the Renaissance the gambas were important and elegant instruments; they eventually lost ground to the louder (and originally less aristocratic) viola da braccio family.[9]

The etymology of fiddle is uncertain: it probably derives from the Latin fidula, which is the early word for violin, or it may be natively Germanic.[10]

The name appears to be related to Icelandic Fiðla and also Old English fiðele.[11] A native Germanic ancestor of fiddle might even be the ancestor of the early Romance form of violin.[12]

In medieval times, fiddle also referred to a predecessor of today's violin. Like the violin, it tended to have four strings, but came in a variety of shapes and sizes. Another family of instruments that contributed to the development of the modern fiddle are the viols, which are held between the legs and played vertically, and have fretted fingerboards.[13] Fiddlers participating in a session at a pub in Ireland

In performance, a solo fiddler, or one or two with a group of other instrumentalists, is the norm, though twin fiddling is represented in some North American, Scandinavian, Scottish and Irish styles. Following the folk revivals of the second half of the 20th century, however, it has become common for less formal situations to find large groups of fiddlers playing together--see for example the Calgary Fiddlers, Swedish Spelmanslag folk-musician clubs, and the worldwide phenomenon of Irish sessions.[14][15]

Orchestral violins, on the other hand, are commonly grouped in sections, or "chairs". These contrasting traditions may be vestiges of historical performance settings: large concert halls where violins were played required more instruments, before electronic amplification, than did more intimate dance halls and houses that fiddlers played in.

The difference was likely compounded by the different sounds expected of violin music and fiddle music. Historically, the majority of fiddle music was dance music,[3] while violin music had either grown out of dance music or was something else entirely. Violin music came to value a smoothness that fiddling, with its dance-driven clear beat, did not always follow. In situations that required greater volume, a fiddler (as long as they kept the beat) could push their instrument harder than could a violinist.[] Various fiddle traditions have differing values.

In the very late 20th century, a few artists have successfully attempted a reconstruction of the Scottish tradition of violin and "big fiddle," or cello. Notable recorded examples include Iain Fraser and Christine Hanson, Amelia Kaminski and Christine Hanson's Bonnie Lasses,[16] Alasdair Fraser and Natalie Haas' Fire and Grace.,[17] and Tim Macdonald and Jeremy Ward's The Wilds.[18]

Hungarian, Slovenian, and Romanian fiddle players are often accompanied by a three-stringed variant of the viola--known as the kontra--and by double bass, with cimbalom and clarinet being less standard yet still common additions to a band. In Hungary, a three-stringed viola variant with a flat bridge, called the kontra or háromhúros brácsa makes up part of a traditional rhythm section in Hungarian folk music. The flat bridge lets the musician play three-string chords. A three-stringed double bass variant is also used.

To a greater extent than classical violin playing, fiddle playing is characterized by a huge variety of ethnic or folk music traditions, each of which has its own distinctive sound. American fiddling, a broad category including traditional and modern styles

Fiddling remains popular in Canada, and the various homegrown styles of Canadian fiddling are seen as an important part of the country's cultural identity, as celebrated during the opening ceremony of the Vancouver 2010 Winter Olympics. A nyckelharpa being played 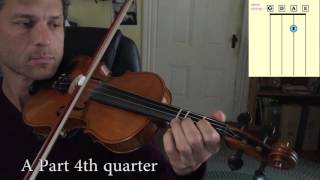 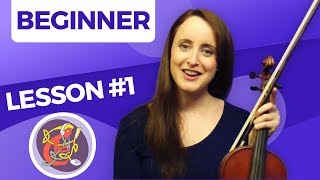 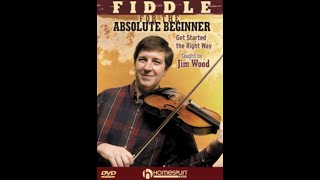 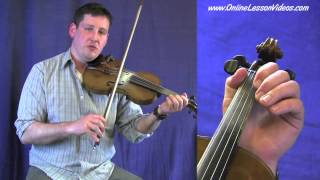 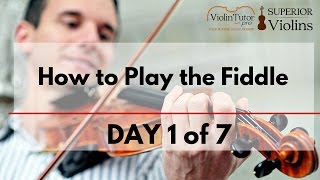 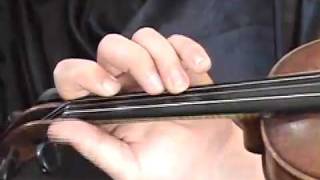 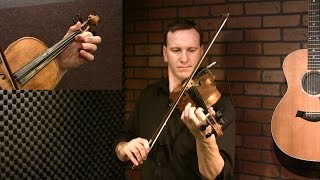 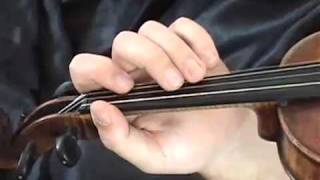 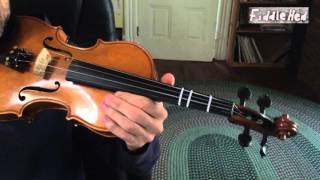 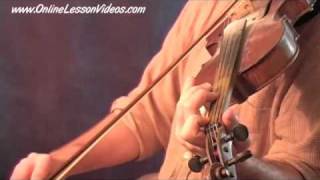 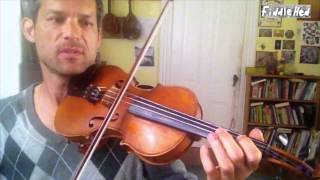 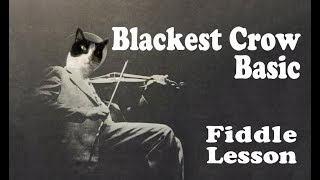 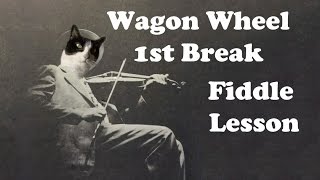 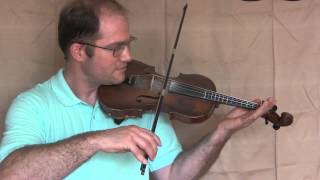 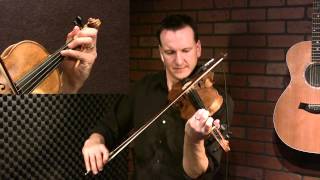 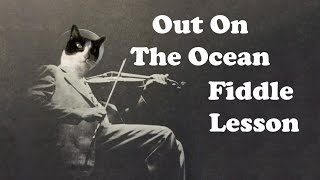 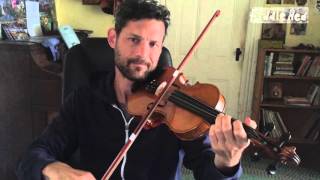 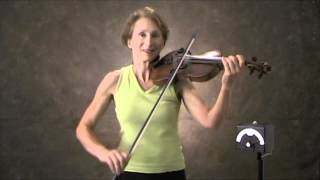 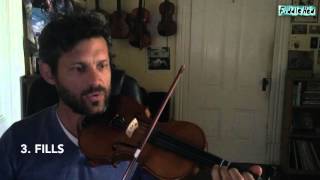