Flushing is a city in Genesee County in the U.S. state of Michigan. The population was 8,389 at the 2010 census. Flushing is considered a suburb of Flint. It is situated within the survey area of Flushing Charter Township, but is administratively autonomous.

Flushing originated as a mill town in the mid-1830s. Its location along the Flint River, the county's largest river, was a decisive factor in its settlement. Water power potential was a significant determinant for the selection of the settlement areas throughout the nineteenth century. In addition to its water power, the area around Flushing was also well suited to agricultural pursuits.[6]

The name Dover originally was selected for the new village until it was discovered that the name already was in use in Lenawee County Michigan. Charles Seymour, Sr., former resident of Flushing, Long Island, subsequently named the new community after the village in New York State.[7][8]

The earliest known inhabitants of Flushing were the Sauk Indians.[9] Evidence suggesting that the second battle of Skull Island was fought in Flushing, including mass burial mounds, were found along the Flint river near the Bailey farm; now the present day Flushing Valley Golf Club. Mounds were observed in 1833 or 1834 and about 20 mounds in total.[10][11][12]

In 1835, Charles Seymour Sr. from New York state came to the Flushing area after purchasing land there. He formed a partnership with Horace Jerome in 1836 who had purchased water rights in the vicinity. In their partnership, Seymour would provide pine timber while Jerome would build a mill. The saw mill was operational in the summer of 1837.[13] Jerome left Flushing after his wildcat bank, the Flint Rapids Bank, failed in 1838. A village plat on sections 26 and 27, bearing the name of Flushing and named after the township in which it was located, was laid out December 3, 1840 by Charles Seymour Sr. In 1843 Charles sold out to his brother James Seymour. James then made an additional plat, 31, in 1847.[7][9]

in 1850, a flat-bottomed boat established early transportation between Flint and Flushing.[14]

In 1874, a subscription private fire department, the Wolverine Fire Company, was formed with 35 members and Arza N. Niles as first chief engineer. Wolverine paid for a small engine designed by Captain Haas of Flint of his own design and patent.[9]

Flushing was incorporated as a village on March 21, 1877 with its first election held on May 8, 1877. Oscar F. Clarke was elected as the first village president. After incorporation, the fire company turned over its equipment to the village. In 1878, the Haas engine was instrument in containing a major fire in the business district to just a saloon and hotel.[9]

The paper would cost 1 dollar per year. The paper touts "The Interests of Flushing and Vicinity Will Be Observed Herein".[] On June 15, 1882, DeWitt C. Ashmun sold his paper, The Flushing Patrol, to Albert E. Ransom who changed its name to "The Flushing Observer".The Flushing Observer also published its first paper under that name on that same date[16][17]

The railroad was first brought to Flushing in 1888. Headed by John Ashley, the Toledo and Ann Arbor Railroad connected Flushing to Durand and Saginaw. Construction reached Flushing in July 1888. On Monday, Dec. 17, 1888, the first passenger train arrived from Saginaw. The fare from Flushing to Saginaw was 80 cents. Railroad engine crosses Flint river for the first time to Hart & Clark mill on February 7, 1889.[18]

The Hart Flour Mill is destroyed in a fire on March 19, 1918. It was the 3rd Mill on the site and the 3rd to burn. The mill provided electricity until it burned down in 1918, leaving the village without power for 14 months until a new power plant was built.[22]

Tucker Memorial Pool was dedicated on July 1, 1956. The pool was built with money donated to the City from the will of Max Dealton Tucker who was born in Flushing.[21]

A book by Edmund G. Love titled The Situation in Flushing was published September 1, 1965. Edmund was born in Flushing and moved to Flint when he was 12. The book tells the account of his boyhood in the early 20th century.[25]

Completed in 1975 by Michigan Bell Telephone at a cost of $2.2 million, the now AT&T building sits on the site of the former home of James Seymour, brother of Charles Seymour. The home was built in the 1850s and torn down prior to Bell selecting the site.[26]

On Monday November 27, 2017, the northern loop set of municipalities, including Flushing, began receiving water from the Karegnondi Water Authority pipeline which is treated by theGenesee County Drain Commission Water and Waste Division.[27]

On January 15, 2020, District 2 councilwoman Karianne Martus resigned due to her new job at the Flint Farmers Market.[28] With no decision of the council to fill the vacancy, three more councilors resigned over the "discord". With no council quorum, the city is forced to hold a special election on August 4, 2020 to fill the vacancies.[29]

The city of Flushing is a Council-Manager form of government. The original city charter was adopted Nov 3, 1964 and updated Nov 2, 1993.[30] The Flushing Fire Department is an on call fire fighting service for the city as well as Flushing Township. The command staff consists of a chief, an assistant chief, a battalion chief, two captains and three lieutenants and other firefighters for a total of 20.[31] The City of Flushing Police Department provides police coverage 24 hours a day. The City of Flushing and Flushing township police regularly cooperate to improve services for both communities.[32] The township receives water from the Karegnondi Water Authority pipeline treated by the Genesee County Drain Commission Water and Waste Division.[27]

Flushing is part of the following:[33]

Primary and secondary education are provided by Flushing Community Schools. Since 1954, Flushing is also home to Saint Robert Catholic School for Pre-K through 8th grade.[35]

The Flushing area is dominated by the Flint River Valley. The Flint River flows in a northerly direction along the southern and western portions of the city and continues north bisecting Flushing Township. The valley is characterized by rich sandy loam ideal for the growth of vegetation. As a result, the valley is characterized by dense woodlots containing many varieties of trees and providing scenic and natural settings for the area.[36]

The Main Street Historic District includes buildings on Main St from Maple to 628 (East) Main St and the Flushing Depot at 431 W Main St. Properties in this district are listed on the National Register of Historic Places. 82 structures located on 22.4 acres of land create the district with commercial buildings reflecting ornate Italianate and early twentieth century styles constructed between 1850 and 1918 and residences exhibiting a wide variety of Greek Revival, Italianate, Queen Anne, Colonial Revival, and Bungaloid styles and their vernacular derivatives built from 1850 to 1932. Properties we added as part of the Main Street Historic Commercial District and the Genesee County MRA (Multiple Resource Area).[6][38]

Flushing's wastewater treatment includes an activated sludge treatment system installed in 1972 and a batch reactor treatment system that was added in 1988. Sewage is split between the two systems. Cleaned water is disinfected with UV light before being discharged into the Flint river. The plant is on 140 Industrial Drive and adjacent to the Riverview Trail.[39][40]

Pollution along the Flint river were once a problem but have vastly improved since the 1950s and 1960s after the Clean Water Act was enacted.[41] The river is a now popular place for fishing, canoeing and kayaking.[42]

Electricity and natural gas are provided by Consumers Energy.[45] 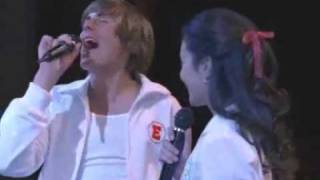 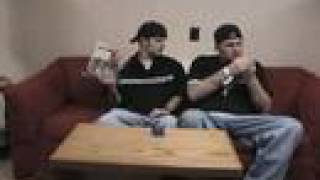 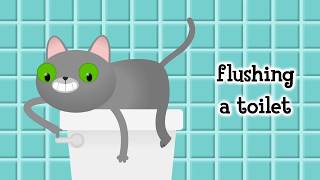 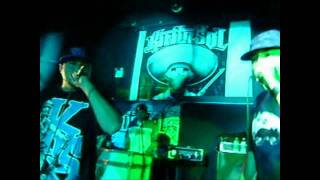 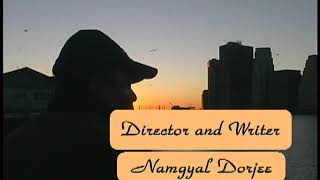 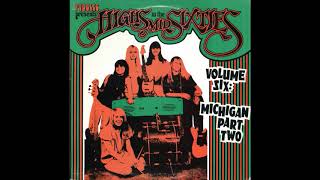 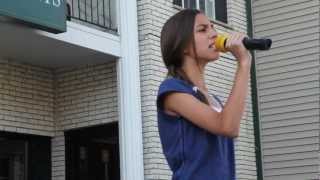 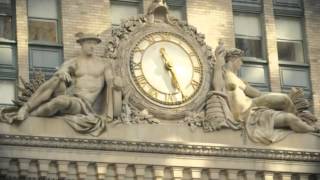 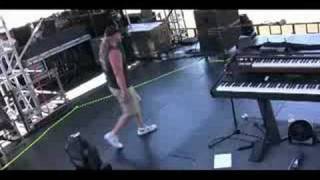 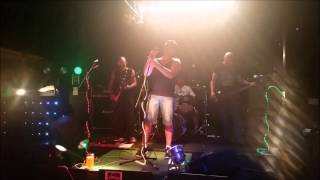 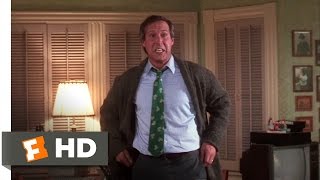 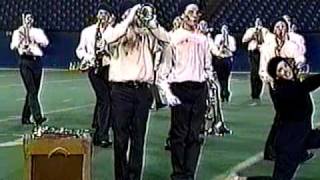 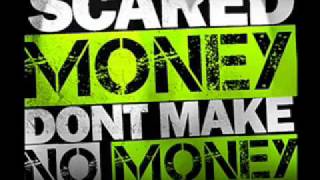 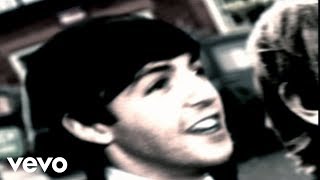 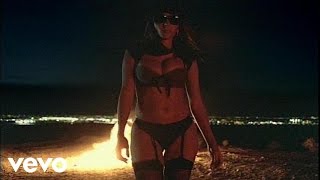 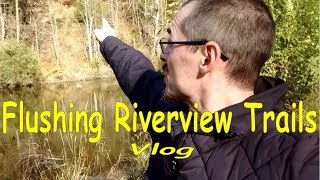 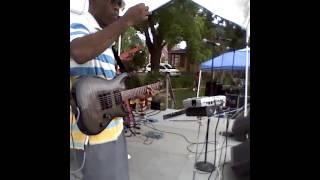 Cycling from Forest Hills to Flushing via Flushing Meadows Park (and back!)
Watch   Add to List   Share