Gadsden is a city in and the county seat of Etowah County in the U.S. state of Alabama. It is located on the Coosa River about 56 miles (90 km) northeast of Birmingham and 90 miles (140 km) southwest of Chattanooga, Tennessee. It is the primary city of the Gadsden Metropolitan Statistical Area, which has a population of 103,931. As of the 2010 census, the population of the city was 36,856,[3] with an estimated population of 35,157 in 2018.[4] Gadsden and Rome, Georgia, are the largest cities in the triangular area now defined by the interstate highways between Atlanta, Birmingham, and Chattanooga.

In the 19th century, Gadsden was Alabama's second-most important center of commerce and industry, trailing only the seaport of Mobile. The two cities were important shipping centers: Gadsden for riverboats and Mobile for international trade.

From the late 19th century through the 1980s, Gadsden was a center of heavy industry, including the Goodyear Tire and Rubber Company and Republic Steel. More than a decade after the sharp decline in industry, in 1991 Gadsden was awarded the honor of All-America City by the National Civic League. This honored the way Gadsden's citizens, government, businesses, and voluntary organizations have worked together to address critical local issues.

The first substantial European-American settlement in the area that developed as Gadsden was a village called "Double Springs". It was founded in about 1825 by John Riley, a mixed-race American Indian and European-American settler who built his house near two springs. Riley used his house for a stagecoach stop on the Huntsville-to-Rome route. The original building still stands as the oldest in Gadsden.

The house was purchased by brothers Gabriel and Asenath Hughes in 1840. The Hughes brothers purchased much of the land between Lookout Mountain, the Coosa River, and the mouth of Wills Creek. The brothers proposed constructing a railroad from the port of Savannah to Nashville, Tennessee through their land.[5] The original 120 acres (49 ha) survey of Gadsden included the Hughes brothers' land, plus that of John S. Moragne and Lewis L. Rhea.

On July 4, 1845, Captain James Lafferty piloted the steamboat Coosa to the settlement. He landed near the site where the Memorial Bridge was built. The Hughes brothers suggested renaming the town as "Lafferty's Landing", but residents adopted "Gadsden" in honor of Colonel James Gadsden of South Carolina. He later was noted for negotiating the United States' Gadsden Purchase from Mexico.[6][7]

In 1867, after the American Civil War, the legislature organized Baine County; Gadsden was incorporated and made the county seat. After a constitutional convention, the new legislature dissolved Baine County in 1868 and renamed it as Etowah County. Gadsden retained its standing as county seat.[8]

With unionization, industrial workers could earn middle-class salaries and improve their lives, even as African Americans struggled under Jim Crow laws and political disfranchisement. The city reached its peak of population in 1960.

Affected by the national restructuring of railroads and heavy industry, most of Gadsden's major industries closed in the 1970s and 1980s. The city lost many jobs and much population, and began to decline. The city government has struggled to manage the transition to a different economy, just as numerous other industrial cities had to do.

Redevelopment efforts, such as the Cultural Arts Center and downtown revitalization, earned Gadsden first place in the 2000 City Livability Awards Program of the US Conference of Mayors.[9] Underemployment continues to be a severe problem, as indicated by the economic data presented below.

Winter lasts from early December to late-February; the daily average temperature in January is 41.3 °F (5.2 °C). On average, the low temperature falls to the freezing mark or below on 60 days a year, and to or below 20 °F (-7 °C) on 6.9 days.[11] While rain is abundant (January and February are on average the wettest months), measurable snowfall is rare, with most years receiving none. Summers are hot and humid, lasting from mid-May to mid-September, and the July daily average temperature is 80.6 °F (27.0 °C). There are 60-61 days of 90 °F (32 °C)+ highs annually and 2.1 days of 100 °F (38 °C)+ highs.[12] The latter part of summer tends to be drier. Autumn, which spans from mid-September to early-December, tends to be similar to spring in terms of temperature and precipitation, although it begins relatively dry. The Spirit of American Citizenship Monument on Rainbow Drive (US 411), just before the Broad Street Bridge. The Coosa River and East Gadsden are visible in the background.

Citing statistics from the Alabama Department of Industrial Relations and the Center for Business and Economic Research at the University of Alabama, the Gadsden-Etowah County Industrial Development Authority reports that approximately 12,000 residents of Etowah County were underemployed and 2,179 residents were unemployed as of 2008.[14]

The city was home to Congregation Beth Israel, a Reform synagogue founded in 1908. In a 1960 attack, the synagogue was fire-bombed, its windows smashed, and two members shot and wounded by a Nazi sympathizer.[15] Because of declining numbers as some members moved away and others died, the congregation ceased operations in 2010.

Gadsden is served by a 106-member municipal police department that includes a Patrol Division and Detective Division. The Patrol Division operates patrol, a bomb squad unit, special projects team, and a joint SWAT team with the Etowah County Sheriff Office. The Detective Division serves a homicide or persons unit, property crime unit, financial crimes unit, and juvenile unit. In May 2010, the Gadsden Police Department acquired two unmanned aerial vehicles (UAVs) under the auspices of a $150,000 federal grant. The drones are equipped with video cameras and wireless transmitters, designed to be used for aerial surveillance.[16]

Gadsden is home to Gadsden State Community College, the second largest of the 27 two-year institutions in the Alabama Community College System. This was founded by former Governor George Wallace. Small satellites of Jacksonville State University and the University of Alabama also offer college courses in Gadsden.

Gadsden is home to the first statewide day-treatment program for juvenile offenders. The Community Intensive Treatment for Youth Program (C.I.T.Y.) was founded in January 1981 by Edward E. Earnest (1943-2005). With the assistance and support of the Honorable Judge Robert E. Lewis (1927-1993), the city of Gadsden, and the Gadsden City Board of Education, the C.I.T.Y. Program began enrolling students on February 1, 1981. C.I.T.Y. is designed to be a multi-dimensional program emphasizing habilitation (i.e., equipping at-risk youth on juvenile probation with skills needed to meet the demands of modern society).

Its objectives are: 1. to identify the at-risk youth's individual strengths and weaknesses, 2. to provide an individualized environment in which the at-risk youth can develop skills, and 3. to alter the natural environment of the at-risk youth so that new acquired skills are nurtured and encouraged. To achieve these objectives, C.I.T.Y. offers academic remediation in reading, math, language; intensive counseling that involves behavior modification, consumer education, and job readiness training. After all objectives have been met, C.I.T.Y. provides GED preparation, return to public school, and placement into technical school, college, job, or military service. In 1983, C.I.T.Y. Program of Etowah County (Gadsden) received the National Council of Juvenile and Family Court Judges Unique and Innovative Project Award. On October 1, 2009, C.I.T.Y.'s name was changed to Special Programming for Achievement Network (S.P.A.N.) It operates under the directorship of the Alabama Department of Youth Services. There are eleven SPAN programs in the state of Alabama.[17]

Television Gadsden is located in the Birmingham DMA (Designated Market Area) for television stations. Two of the market's stations are licensed to Gadsden. 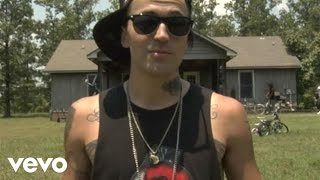 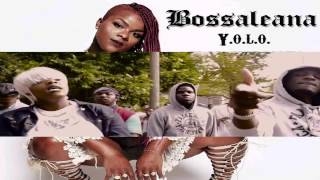 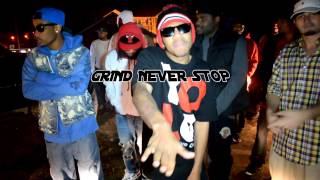 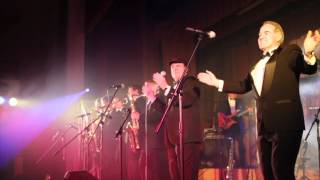 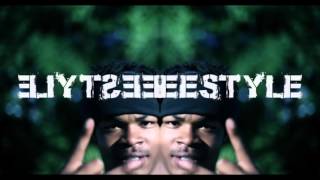 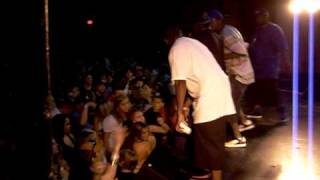 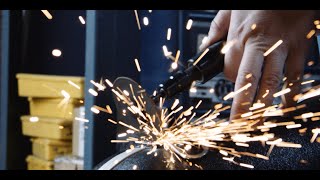 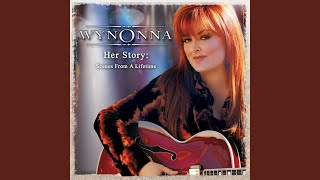 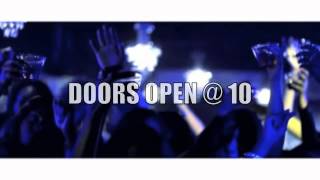 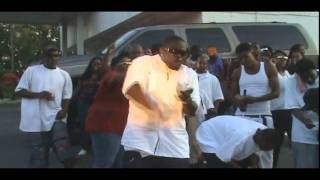 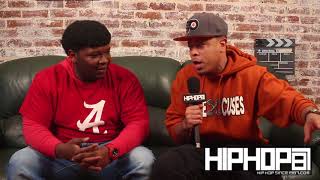 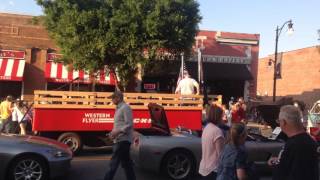 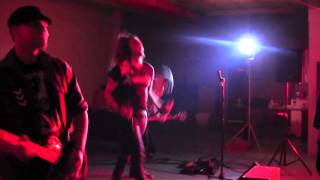 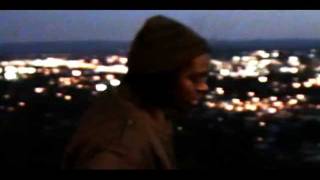 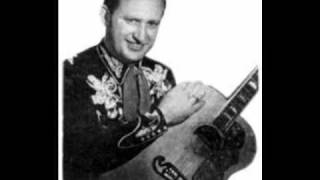 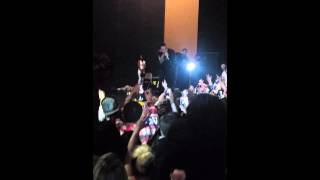 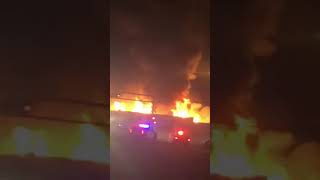 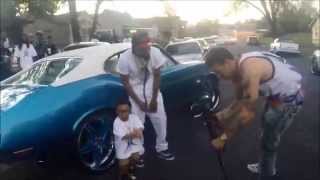 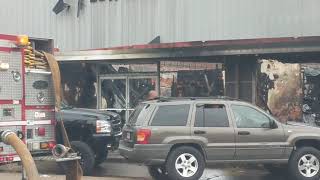 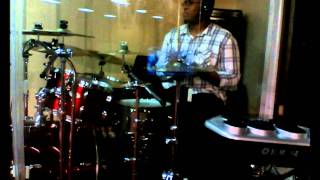