Gaston County is included in the Charlotte-Concord-Gastonia, NC-SC Metropolitan Statistical Area. It is the fourth largest county in the metropolitan area, behind Mecklenburg County, York County and Union County as of the 2018 US Census estimates.[3] It is located in the southern Piedmont region.

Of North Carolina's 100 counties, Gaston County ranks 74th in size, consisting of approximately 364.5 square miles (944 km2), and is tenth in population[4][circular reference]. The county has fifteen incorporated towns.[5] In addition to fifteen incorporated towns and cities, there are several unincorporated communities such as Hardin, Lucia, Crowders Mountain, Sunnyside, Alexis, Tryon, and North Belmont.[6]

The earliest European settlers of Gaston County were principally Scots Irish, Pennsylvania Dutch, and English. In the 1750s, Dutch settler James Kuykendall and others constructed the Fort at the Point at the junction of the Catawba and South Fork Rivers.[7] The fort was built because of ongoing hostilities with the Cherokee, but it was apparently never attacked. Tensions between the settlers and the Native American inhabitants (primarily of the Catawba tribe) were eased considerably when the boundary dispute between North Carolina and South Carolina was settled in 1772, after which most of the Catawba settled on a reservation near Fort Mill, South Carolina.[8]

Most early farms were small, cultivated primarily by White yeoman farmers of English ancestry. North Carolina's colonial policy restricted the size of land grants, and in Gaston County they tended to be about 400 acres (1.6 km2) each. One of the earliest grants in the area was given to Captain Samuel Cobrin, commander of a local militia company, on September 29, 1750.[9]

Gaston County was founded in 1846. It is named for William Gaston, member of the state supreme court.[10]

Between 1845 and 1848, Gaston County experienced an industrial boom. During this three-year period, the first three cotton mills in the county were established. Some authorities[who?] say that the first one was established by Thomas R. Tate on Mountain Island, near the present site of Duke Energy's Mountain Island Dam and Hydroelectric Station. Other sources say that the first mill was established by the Linebergers and others on the South Fork River near McAdenville. Most sources agree that among the first three mills in operation in the county was the Stowesville Mill, founded by Jasper Stowe and associates in the South Point Community south of Belmont. Gaston County still leads all other counties in the country both in the number of spindles in operation and in the number of bales of cotton consumed.[8]

Most of Gaston County is in the drainage basin of the Catawba River, except for small areas along the western edge of the county which are in the basin of the Broad River. Both the Catawba and Broad Rivers are in the greater Santee River basin. The Catawba forms the eastern border of the county and much of the central part of the county is in the drainage basin of its right tributary, the South Fork Catawba River.[12] The county is located in the Piedmont region of central North Carolina, which consists of gently rolling terrain frequently broken by hills, river and creek valleys, and low, isolated mountain ridges. The highest point in Gaston County is King's Pinnacle, a rocky monadnock which sharply rises over 800 feet (240 m) above the city of Gastonia. King's Pinnacle rises 1,690 feet (520 m) above sea level, and is part of Crowders Mountain State Park.[13]

Gaston County is governed by a seven-member Board of Commissioners. Two members are elected from Gaston Township and one each from the other five townships of Gaston County. They are elected on a partisan basis to four-year staggered terms. Those that file for a particular seat must live in the township. However, the vote is countywide or "at-large."[20]

The offices of Sheriff, District Attorney, Clerk of Superior Court, and Register of Deeds are also elected offices, elected on a countywide, partisan basis. Gaston County currently is divided into forty-six (46) voting precincts.[21]

The county is administered by a full-time professional County Manager. Gaston County is a member of the regional Centralina Council of Governments.[22]

North Carolina has a unified statewide and state-operated court system, called the General Court of Justice. It consists of three divisions: appellate courts, superior courts, and district courts. In Gaston County, there is also a small claims Court.

Small claims court handles civil cases where a plaintiff requests assignment to a magistrate and the amount in controversy is $5,000 or less. There is no jury and usually no lawyers. A person who loses in small claims court may appeal for a trial by jury before a judge in district court. Magistrates are appointed for two-year terms by the senior resident superior court judge upon nomination of the clerk of superior court.[24]

Public education in Gaston County is administered by the Gaston County Schools public school system. The system is governed by the nine-member Gaston County Board of Education which sets policy and establishes guidelines for school operations. Board members are elected on a nonpartisan, county wide basis, with seven representatives chosen from the six townships and two members selected at-large.[26] Gaston County Schools has 54 public schools, including 9 high schools, 11 middle schools, 32 elementary schools, one alternative school (middle and high school age), and one separate school (Webb Street School in Gastonia) serving students ages 3 to 22 with moderate to severe disabilities.

The Gaston County Public Library has 10 branches spread throughout the county.

Gaston County is served by Amtrak, with a stop in Gastonia. Freight rail service is provided by the Norfolk Southern Railway, CSX and Patriot Rail.

Patriot Rail operates state-owned trackage between Gastonia and Mount Holly with a spur extending to Belmont.

Charlotte-Douglas International Airport is a major, full-service airport with passenger flights. It is across the Catawba River in Mecklenburg County in Charlotte.

The city of Gastonia owns and operates Gastonia Municipal Airport, which is a general aviation airport with a single runway, Runway 3/21, an asphalt runway that is 3,779 feet in length.[30]

Gaston County's most significant natural heritage sites are distributed across the county. They range from Crowders Mountain in the southwest corner to sites east of Stanley and at the mouth of the South Fork Catawba River.

Gaston County has twelve natural heritage sites listed as being of state or regional significance. Six of these are listed because of the presence of the bigleaf magnolia (Magnolia macrophylla). This magnificent plant has the largest simple leaf of any species in the temperate world, and one of the largest flowers. Of the 34 known sites containing bigleaf magnolias in North Carolina, 29 are in Gaston County.

Two sites are important because they provide habitat for the bog turtle (Glyptemys muhlenbergii). The bog turtle is the single most significant rare animal species surviving in Gaston County.

Crowders Mountain State Park is the largest natural heritage site in the county. It covers over 3,000 acres (12 km2) of topographically, botanically, and zoologically diverse land. Six natural plant communities are found in the park, and the area supports a diversity of wildlife species. Some animals documented in the park have not been documented elsewhere in the county. A second natural heritage site, Pinnacle Road, has recently been incorporated into the park. This site is most significant for the occurrence of dwarf juniper (Juniperus communis) along its ridgeline.

The Stagecoach Road site is the largest and best preserved granitic outcrop in the county. Its thin soils are dominated by hickory species and it is also home to several smaller species such as Talinum teretifolium (fame flower), Diamorpha smallii (Small's sedum), and Hypericum gentianoides (pineweed) that are found only in this type of habitat. A farm site contains an old growth forest dominated by beech, yellow poplar, oaks, and maples - some trees with diameters of nearly 3 feet (0.91 m).[31]

Another 25 sites are listed as being of local significance. Two of these are home to extremely rare plants. Catawba Cove, near the Daniel Stowe Botanical Garden, supports a stand of Schweinitz's sunflower (Helianthus schweinizii), a federally endangered species. The Armstrong Ford site near Belmont is the only place in western North Carolina (and one of only two sites in the state) where magnolia vine (Schisandra glabra) has been found.[32]

The Hoyle Historic Homestead, with notable German-American construction features, is the oldest extant structure in Gaston County. Located on the Dallas-Stanley Highway above the South Fork Catawba River, it was built around 1760 and is listed on the National Register of Historic Places.

The Gaston County Museum is located in the town of Dallas, North Carolina.

The Schiele Museum of Natural History is a noteworthy science museum and planetarium located in Gastonia that features both permanent and touring exhibits.

The U.S. National Whitewater Center is a world-class recreation and training facility. Set among 300 acres (1.2 km2) wooded along the scenic Catawba River, the multiuse facility has a climbing center, mountain-biking trails and running trails.

Spencer Mountain, which is located in central Gaston County, is the site of the old WBTV television transmitter. It was from this site that the first commercial television signal in North Carolina was broadcast, when WBTV signed on the air in 1949. The tower remains on the mountain today, but is no longer in use as WBTV's primary transmitter. It is used by NWS for its NOAA Weather Radio transmission signal. 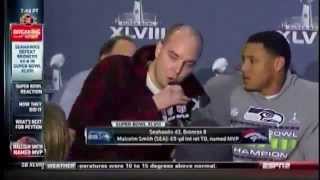 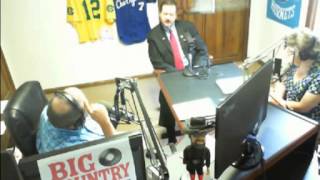 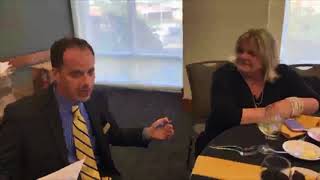 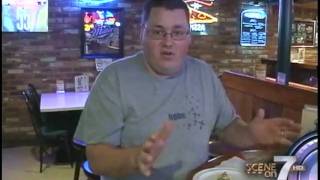 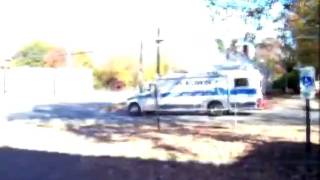 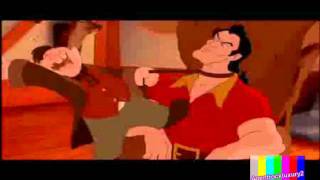 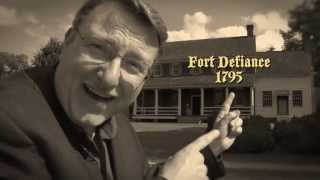 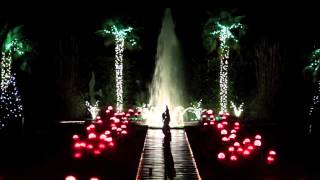 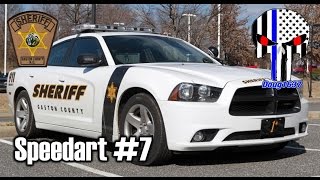 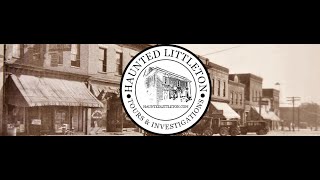 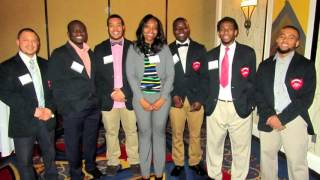 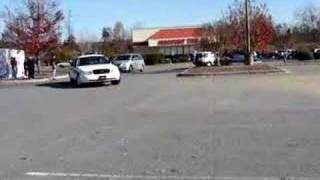 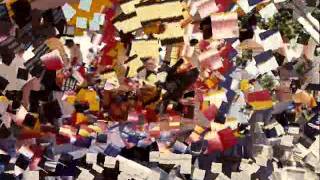 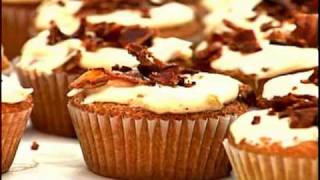 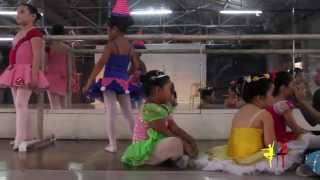 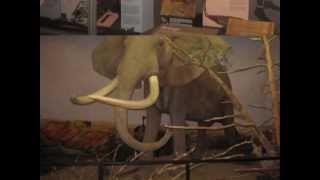 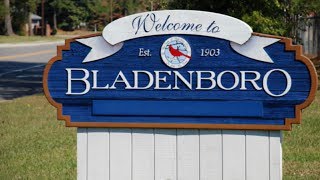 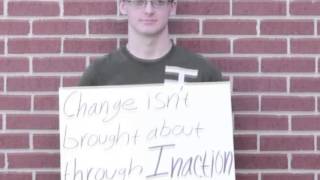