Map of Philadelphia County, Pennsylvania highlighting Germantown Borough prior to the Act of Consolidation, 1854

Germantown (Pennsylvania German: Deitscheschteddel) is an area in Northwest Philadelphia. Founded by German Quaker and Mennonite families in 1683 as an independent borough, it was absorbed into Philadelphia in 1854. The area, which is about six miles northwest from the city center, now consists of two neighborhoods: 'Germantown' and 'East Germantown'.

Germantown has played a significant role in American history; it was the birthplace of the American antislavery movement, the site of a Revolutionary War battle, the temporary residence of George Washington, the location of the first bank of the United States, and the residence of many notable politicians, scholars, artists, and social activists.

Today the area remains rich in historic sites and buildings from the colonial era, some of which are open to the public. Germantown stretches for about two miles along Germantown Avenue northwest from Windrim and Roberts Avenues. Germantown has been consistently bounded on the southwest by Wissahickon Avenue, on the southeast by Roberts Avenue, and on the east by Wister Street and Stenton Avenue,[4] but its northwest border has expanded and contracted over the years. When first incorporated as a borough in 1689, Germantown was separated from the rural Germantown Township by Washington Lane;[5] later, the border was expanded to Carpenter and East Gorgas Lanes;[6] it was then rolled back to Washington Lane in 1846,[4] and remained there until the borough was absorbed into the city of Philadelphia in 1854. The neighborhood of Mount Airy lies to the northwest, Ogontz and West Oak Lane to the northeast, Logan to the east, Nicetown-Tioga to the south, and East Falls to the southwest.

The majority of Germantown is covered by the 19144 zip code, but the area north of Chew Avenue falls in the 19138 zip code. Pictures from Old Germantown: the Pastorius family residences are shown on the upper left (c. 1683) and upper right (c. 1715), the center structure is the house and printing business of the Caurs family (ca. 1735), and the bottom structure is the market place (c. 1820).

The Battle of Germantown, 1777

Although the founding of Germantown on October 6, 1683 was later to provide the date for German-American Day, a holiday in the United States, observed annually on October 6, historical research has shown that nearly all of the first thirteen Quaker and Mennonite families were in fact Dutch rather than Germans.[11][12] The town was nevertheless named Germantown, as the direct vicinity of the settlement was inhabited by fifty-four German families who had accompanied Johan Printz to the Swedish settlement on the Delaware several years earlier and had resettled themselves.[13]Francis Daniel Pastorius was the first bailiff. Jacob Telner, Derick Isacks op den Graeff and his brother Abraham Isacks op den Graeff, Reynier Tyson, and Tennis Coender were burgesses, besides six committeemen. They had authority to hold "the general court of the corporation of Germantowne", to make laws for the government of the settlement, and to hold a court of record. This court went into operation in 1690, and continued its services for sixteen years. Sometimes, to distinguish Germantown from the upper portion of German township, outside the borough, the township portion was called Upper Germantown.[]

In 1688, five years after its founding, Germantown became the birthplace of the anti-slavery movement in America.[14] Pastorius, Gerret Hendericks, Derick Updegraeff and Abraham Updengraef gathered at Thones Kunders's house and wrote a two-page condemnation of slavery and sent it to the governing bodies of their Quaker church, the Society of Friends. The petition was mainly based upon the Bible's Golden Rule, "Do unto others as you would have them do unto you." Though the Quaker establishment took no immediate action, the 1688 Germantown Quaker Petition Against Slavery was a clear and forceful argument against slavery and initiated the process of banning slavery in the Society of Friends (1776) and Pennsylvania (1780).

In 1723, Germantown became the site of the first Church of the Brethren congregation in the New World.[15]

When Philadelphia was occupied by the British during the American Revolutionary War, British units were housed in Germantown. In the Battle of Germantown, on October 4, 1777, the Continental Army attacked this garrison. During the battle, a party of citizens fired on the British troops, as they marched up the avenue, and mortally wounded British Brigadier General Agnew. The Americans withdrew after firing on one another in the confusion of the battle, leading to the determination that the battle resulted in a defeat of the Americans. However, the battle is sometimes considered a victory by Americans. The American loss was 673 and the British loss was 575, but along with the Army's success under Brigadier General Horatio Gates at Saratoga on October 17 when John Burgoyne surrendered, the battle led to the official recognition of the Americans by France, which formed an alliance with the Americans afterward.[]

During his presidency, George Washington and his family lodged at the Deshler-Morris House in Germantown to escape the city and the yellow fever epidemic of 1793. The first bank of the United States was also located here during his administration.

Germantown proper, and the adjacent German Township, were incorporated into the City of Philadelphia in 1854 by the Act of Consolidation.

Italians began settling Germantown in 1880, and comprised an active and vibrant part of the community.[16]

The significant changes that occurred in Philadelphia's demographics at the start of the 20th century caused major shifts in Germantown's ethnic makeup as well. When the first wave of the Great Migration brought more than 140,000 African Americans to the city from the South, long-established Philadelphians started to move to the outskirts. During this time, many German, Scots-Irish, and Irish families moved to Germantown.[17]

During the 1940s, a second mass migration of African Americans from the south to Philadelphia occurred. While the majority of middle-class African American newcomers first settled in North Philadelphia, the housing shortages in this area that followed the end of World War II caused later arrivals to move instead to the Northwest. This led to a wave of new housing construction. To meet the housing needs of the growing numbers of African American families moving into southern Germantown, the Philadelphia Redevelopment Authority allocated $10.6 million for the creation of public housing.[17]

Between 1954 and 1956 Germantown experienced an influx of lower-income African Americans, resulting in a decline in property values and triggering a "white flight" of the majority of white residents to the suburbs.[18] The demographic shift caused a slow but steady decline in central Germantown's upscale shopping district, with the last department store, a J. C. Penney branch, closing in the early 1980s.[19]

Eugene Stackhouse, a retired former president of the Germantown Historical Society says that the demographic transition of Germantown into a predominantly black neighborhood was the result of the now illegal practice of blockbusting. "It was a great disgrace. Cheap houses would be sold to a black family, then the realtors would go around and tell the neighbors that the blacks are invading", said Stackhouse.[20] The practice was used to trigger panic selling.[19]

Germantown is zoned to the School District of Philadelphia, as is all of Philadelphia. Public schools located in Germantown include the Anna L. Lingelbach School (K-8), the John B. Kelly School (K-6), the John Wister Elementary School (K-6), the Hill Freedman Middle School (6-8), the Theodore Roosevelt Middle School (7-8), the Fitler Academics Plus School (1-8), and the Martin Luther King High School (9-12). The Robert Fulton Elementary School and Germantown High School, a regional public high school located in Germantown, were both closed in 2013. The Pennsylvania School for the Deaf

Mastery Charter Schools operates the Mastery Charter Pickett Campus (7-12, MCPC) in Germantown.[21] The school opened in August 2007.[22] The charter system headquarters is located at Pickett.[22][23] Germantown Settlement Charter School (5-8), Imani Education Circle Charter school (pre-K to 8), and the Wissahickon Charter School's Awbury Campus (6th-8th) is located in the neighborhood . The Pennsylvania School for the Deaf, a private state-chartered school, occupies the former site of Germantown Academy, which moved to Fort Washington, Pennsylvania in 1965.

La Salle University is in both Germantown and historic Belfield. Its west campus is centered on the old Germantown Hospital buildings and property, which it purchased in 2007.[24] Other universities and colleges close to Germantown include Drexel University College of Medicine's Queen Lane Medical Campus, Arcadia University, Chestnut Hill College, The Lutheran Theological Seminary at Philadelphia, Philadelphia University, and Saint Joseph's University.[25]

Settlement Music School, the largest community school of the arts in the United States, operates one of its six branches in Germantown. The first railroad in Philadelphia was the Philadelphia, Germantown and Norristown Railroad, which linked Germantown to a station at 9th and Green Streets in Center City. It opened in 1832, and was initially powered by horses.[27] The inventor Matthias W. Baldwin built his first commissioned steam locomotive for the new railroad. Nicknamed Old Ironsides, it eventually reached a peak speed of 28 mph.[28] Germantown has numerous parks and recreation areas. These include:

Other sites listed separately on the NRHP: Gallery of historic houses and architecture The 1946 book, Bright April, written and illustrated by Marguerite de Angeli, features scenes of 1940s Germantown while addressing the divisive issue of racial prejudice experienced by African Americans. The 2015 novel Loving Day is set in Germantown.

Philadelphia, Pennsylvania music scene
Do It Yourself: A Look into the Philadelphia Music Scene
Watch   Add to List   Share 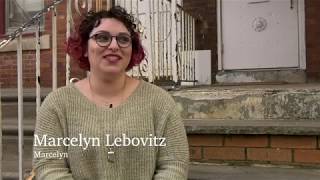 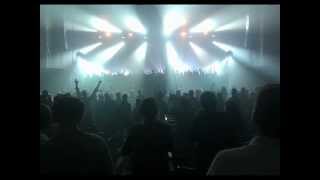 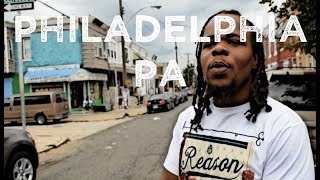 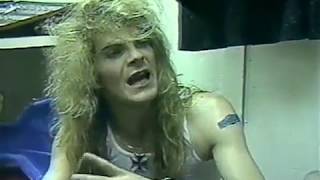 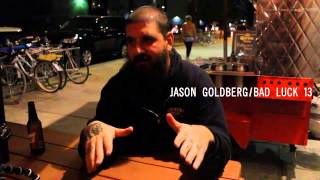 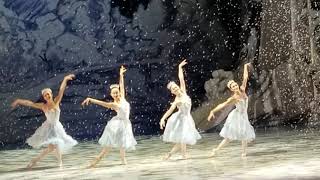 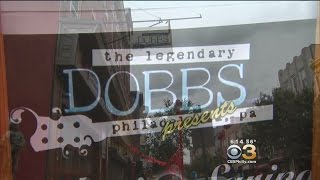 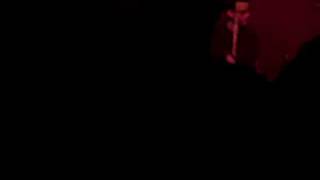 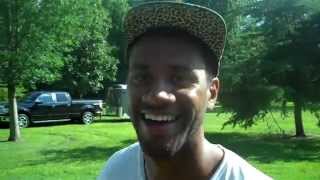 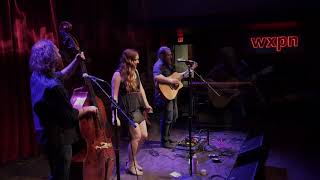 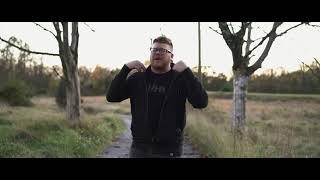 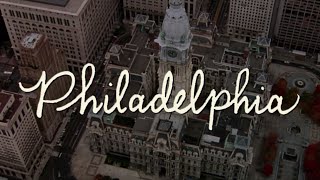 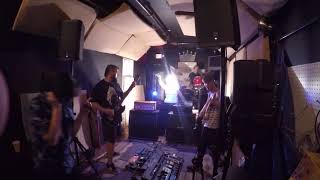 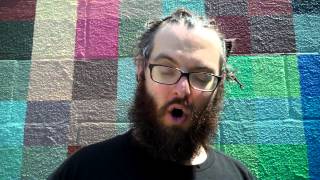