Goshen is a city in and the county seat of Elkhart County, Indiana, United States.[8] It is the smaller of the two principal cities of the Elkhart-Goshen Metropolitan Statistical Area, which in turn is part of the South Bend-Elkhart-Mishawaka Combined Statistical Area. It is located in the northern part of Indiana near the Michigan border, in a region known as Michiana. Goshen is located 10 miles southeast of Elkhart, 25 miles southeast of South Bend, 120 miles east of Chicago, and 150 miles north of Indianapolis. The population was 31,719 at the 2010 census.

The city is known as a major recreational vehicle and accessories manufacturing center, the home of Goshen College, a small Mennonite liberal arts college, and the Elkhart County 4-H Fair, one of the largest county fairs in the United States.[9]

Before the arrival of white colonists, the land that is today Goshen, Indiana was populated by Native Americans, specifically the Miami people, the Peoria people, and Potawatomi Peoples. These people inhabited this land for thousands of years.[10] In 1830, the US Congress passed the Indian Removal Act, requiring all indigenous people to relocate west of the Mississippi River.

Goshen was platted in 1831.[11] It was named after the Land of Goshen.[12] The initial settlers consisted entirely of old stock "Yankee" immigrants, who were descended from the English Puritans who settled New England in the 1600s.[13] The New England Yankee population that founded towns such as Goshen considered themselves the "chosen people" and identified with the Israelites of the Old Testament and they thought of North America as their Canaan. They founded a large number of towns and counties across what is known as the Northern Tier of the upper midwest. It was in this context that Goshen was named.[13][14]

The Yankee migration to Indiana was a result of several factors, one of which was the overpopulation of New England. The old stock Yankee population had large families, often bearing up to ten children in one household. Most people were expected to have their own piece of land to farm, and due to the massive and nonstop population boom, land in New England became scarce as every son claimed his own farmstead. As a result, there was not enough land for every family to have a self-sustaining farm, and Yankee settlers began leaving New England for the Midwestern United States.[15]

They were aided in this effort by the construction and completion of the Erie Canal which made traveling to the region much easier, causing an additional surge in migrants coming from New England. Added to this was the end of the Black Hawk War, which made the region much safer to travel through and settle in for white settlers. However, the Black Hawk War also forced the native people who called Goshen home for so long to leave. The 1833 Treaty of Chicago ultimately set the conditions that would force the Potawatomi in particular to leave the Midwest, Goshen included, in 1837. This forced exile is known today as the Potawatomi Trail of Death.[10]

These settlers were primarily members of the Congregational Church, though due to the Second Great Awakening, many of them had converted to Methodism, and some had become Baptists before coming to what is now Indiana. The Congregational Church has subsequently gone through many divisions, and some factions, including those in Goshen, are now known as the Church of Christ and the United Church of Christ.[15] When the New Englanders arrived in what is now Elkhart County there was nothing but dense virgin forest and wild prairie. They laid out farms, constructed roads, erected government buildings and established post routes.[13][15] On Palm Sunday, April 11, 1965, a large outbreak of tornadoes struck the Midwest. The most famous pair of tornadoes devastated the Midway Trailer Park (now inside the city limits of Goshen), and the Sunnyside Housing Addition in Dunlap, Indiana, but a smaller F4 tornado also struck neighborhoods on the southeast side of Goshen on the same day. Statewide, 137 Hoosiers died in the storms--55 of them in Elkhart County. Days later, President Lyndon B. Johnson visited the Dunlap site.[16]

The Goshen Historic district, added in 1983 to the National Registor of Historic Places[17] is bounded by Pike, RR, Cottage, Plymouth, Main, Purl, the Canal, and Second Sts. with the Elkhart County Courthouse at its center.

In April 2006, Goshen was the site for an immigration march. Officials estimated that from 2000 to 3000 people marched from Linway Plaza to the County Courthouse.[18]

For much of its history, Goshen was a "sundown town", forbidding African Americans from living in, or entering, the town, often under threat of violence. In March 2015, the city acknowledged this part of its past, apologizing and saying that it no longer condones such behavior.[19]

In February 2018, the Elkhart River flooded as a result of heavy rain and snow melt. The river rose to a record 13.2 feet, damaging more than 300 structures and prompting evacuations. City government has responded to the increase in severe weather such as flooding, hail, and heavy rains with measures including stormwater management, and "an initiative to grow the town's tree canopy by 45%." Goshen completed 92 solar projects in 2019. Goshen outranked Phoenix, Sacramento, Los Angeles, San Francisco, and Denver with its 2019 production of 116 watts of solar power per capita.[22]

Industry in Goshen centers around the automotive and Recreational Vehicle business. There are automotive component manufacturers like Benteler; firms that build custom bodies onto chassis like Supreme, Independent Protection and Showhauler Trucks. RV manufacturing companies include Dutchmen, Forest River and Keystone.[24]

In 2012, U.S. News & World Report ranked Goshen High School as the 12th best high school in Indiana, as well as in the top 6% of high schools in the entire country.[25]

The town has a free lending library, the Goshen Public Library.[27]

Goshen Municipal Airport is a public use airport located about 3.5 miles southeast of downtown Goshen. The Goshen Board of Aviation Commissioners owns the airport.[28]

The Interurban Trolley bus connects Goshen to the nearby city of Elkhart and the unincorporated town of Dunlap via Concord and Elkhart-Goshen routes. The routes pass at Elkhart's Amtrak station, allowing passengers to connect to the Capitol Limited and Lake Shore Limited trains. Riders can also transfer to North Pointe route and Bittersweet/Mishawaka route. The former allows riders to connect to Elkhart's Greyhound bus station, while the later connects the riders to the city of Mishawaka and town of Osceola. The Bittersweet/Mishawaka route also allows them to transfer to TRANSPO Route 9 to connect to destinations throughout the South Bend-Goshen metropolitan region and the South Shore Line's South Bend International Airport station.

Goshen has seven parks and has a few different greenways and trails winding through the city, one of which runs along the old Mill Race and hydraulic canal which was once used to power an old hydroelectric power plant. Plans drawn up in 2005 call for the plant to be reopened and redevelopment to begin along the canal.[29]

The Pumpkinvine Nature Trail runs from Goshen to Middlebury and Shipshewana, along the former Pumpkin Vine Railroad. The trail starts north east of Goshen at Abshire Park. It is one of the recreational highlights of Goshen. Along with the Maple City Greenway and the Millrace trail, they provide many miles of easily accessible trails for walking, running, and biking.

The Goshen Air Show is also an annual event that takes place at the Goshen Municipal Airport.[31]

In 2007, Downtown Goshen, Inc., a public-private partnership formed from the merger of Face of the City and the Downtown Action Team, started a First Fridays program. Occurring year round, First Fridays happens on the first Friday of each month with stores open until 9, music and other entertainment, and other events occurring within Goshen's downtown district.

The south side Wal-Mart is rumored to be the first Wal-Mart in the United States to provide a covered stable for its frequent Amish customers. The Amish built the stable with lumber and other supplies donated by Wal-Mart.[32]

Lonesome Jim (2005) which was written by former resident James Strouse, directed by Steve Buscemi and starred Liv Tyler and Casey Affleck, was shot in Goshen. 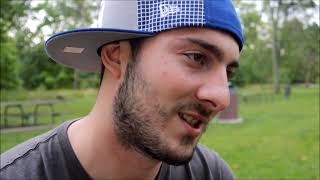 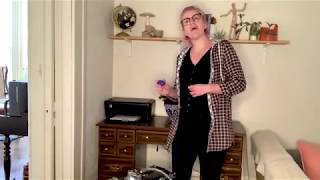 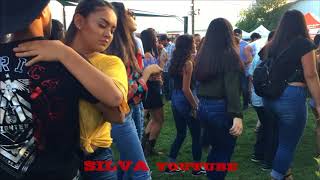 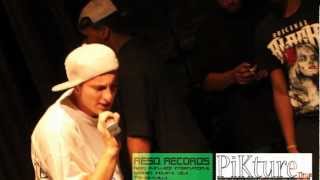 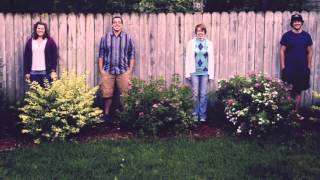 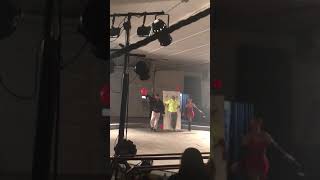 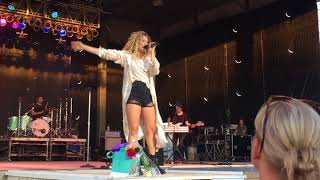 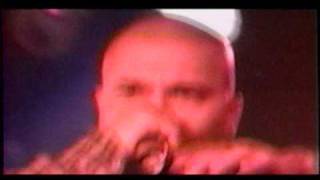 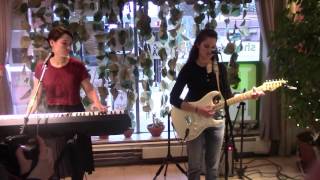 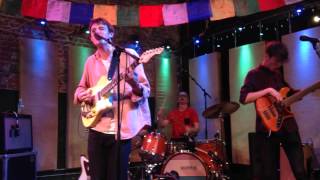 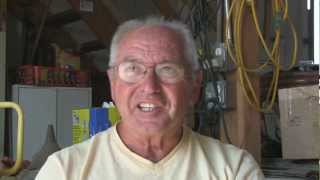 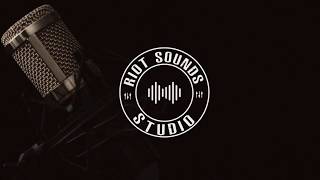 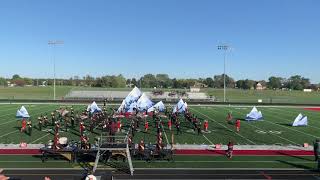 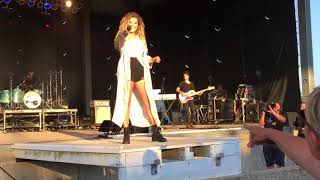 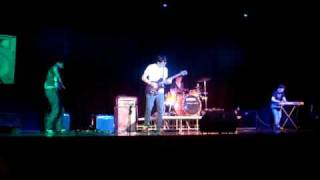