Greenbelt is a city in Prince George's County, Maryland, United States, and a suburb of Washington, D.C.[1][2] Greenbelt is notable for being the first and the largest of the three experimental and controversial New Deal Greenbelt Towns: Greenhills, Ohio and Greendale, Wisconsin being the others. Thus, it was planned and built by the Federal government.[7] The cooperative community was conceived in 1935 by Undersecretary of Agriculture Rexford Guy Tugwell, whose perceived collectivist ideology attracted opposition to the Greenbelt Towns project throughout its short duration.[8][7] The project came into legal existence in the spring of 1935. On April 8, 1935, Congress passed the Emergency Relief Appropriation Act of 1935.[9][8] Under the authority granted to him by this legislation, President Franklin D. Roosevelt issued an executive order, on May 1, 1935, establishing the United States Resettlement Administration (RA/RRA).[8]

Originally referred to as Maryland Special Project No. 1, the project was officially given the name Greenbelt when the Division of Suburban Resettlement of the Resettlement Administration began construction on January 13, 1936, approximately eight miles north of Washington.[7] The complete Greenbelt plans were reviewed at the White House by President Roosevelt and First Lady Eleanor Roosevelt on April 30, 1936.[7] The first tenants, after being selected through a stringent and restrictive application process, moved into the town, which consisted of structures built in the Art Deco, Streamline Moderne, and Bauhaus architectural styles, on September 30, 1937.[7]

Greenbelt is credited as a historic milestone in urban development, which includes its role as having served as the initial model for the privately constructed suburban Washington, D.C. planned cities of Reston, Virginia and Columbia, Maryland.[7]

Known locally as Old Greenbelt, the original, federally-built core of the city was recognized as the Greenbelt Historic District by the Maryland Historical Trust, and is listed on the National Register of Historic Places as a National Historic Landmark District.

Greenbelt's population, which includes residents of private sector dwellings that were constructed over several decades subsequent to the federal government's ownership of the city, was recorded as 23,068 in the 2010 U.S. Census. Greenbelt Park, a unit of the National Park System, is located within the City of Greenbelt's boundaries, at its southernmost portion. Two major highways pass through and have interchanges in Greenbelt: the Capital Beltway (I-95/I-495) and the National Park Service's owned and maintained portion of the Baltimore-Washington Parkway (unsigned MD 295). The Greenbelt portion of the Baltimore-Washington Parkway (B-W Parkway) is part of the parkway's 19-mile section which was listed on the National Register of Historic Places in 1991.[14]

Additionally, Greenbelt Road is part of state highway MD 193, which connects several suburban communities in both Prince George's and Montgomery counties. Kenilworth Avenue (MD 201) traverses Greenbelt in a north-south direction, running parallel to the B-W Parkway, providing an alternate travel route into Washington, D.C., from Greenbelt. The southernmost Maryland portion of Kenilworth Avenue forms a major interchange with both the B-W Parkway and US 50 near the Maryland-D.C. line, and continues into Washington, as the Kenilworth Avenue Freeway (DC 295).

Also available at the station, is a weekday express Metrobus service, the Greenbelt-BWI Thurgood Marshall Airport Express Line (commonly shortened to the Greenbelt-BWI Airport Line), designated route B30, to Baltimore/Washington International Thurgood Marshall Airport (BWI), a mode of transportation to and from the airport for airline passengers, in addition to allowing for connections to Baltimore's regional transit services.

Metrobus, Prince George's County's THE BUS (routes 11 and 15X), and the University of Maryland's Shuttle-UM (route 143; campus ID or pass required) each have bus routes which serve the city of Greenbelt.[15][16][17] Through a city-university partnership that began in 2017, Greenbelt residents are permitted to unlimited travel on Shuttle UM, with the purchase of a $10 annual pass.[18]

Scenic entry to the Nation's Capital: The Baltimore-Washington Parkway The Old Greenbelt Theatre in 2020, with a marquee referencing the George Floyd protests.[19] The theatre opened on September 21, 1938, screening the film Little Miss Broadway with Shirley Temple.

Greenbelt was settled on September 30, 1937, as a public cooperative community in the New Deal era.[7] The concept was at the same time both eminently practical and idealistically utopian: the federal government would foster an "ideal" self-sufficient cooperative community that would also ease the pressing housing shortage near the nation's capital. Construction of the new town would also create jobs and thus help stimulate the national economic recovery following the Great Depression.

Greenbelt, which provided affordable housing for federal government workers, was one of three Greenbelt Towns conceived in 1935, by President Franklin D. Roosevelt's Brain Trust member Rexford Tugwell, who was serving as the president's Undersecretary of Agriculture. The project was officially authorized in May 1935. First, on April 8, 1935, the United States Congress passed the Emergency Relief Appropriation Act of 1935. Then under the authority granted to him from this legislation, President Roosevelt issued an executive order, on May 1, 1935, establishing the United States Resettlement Administration (RA / RRA).[9][8] Rexford Tugwell agreed to serve as the Administrator of the Resettlement Administration, in addition to his Undersecretary of Agriculture position, without receiving any additional salary.[8]

Working alongside Tugwell was Charles W. Yost. The two other Greenbelt Towns are Greendale, Wisconsin (near Milwaukee) and Greenhills, Ohio (near Cincinnati). A fourth town, Roosevelt, New Jersey (originally called Homestead), was planned but was not fully developed on the same large scale as Greenbelt.[20][21]

Eleanor Roosevelt, wife of President Franklin D. Roosevelt, helped Tugwell lay out the Maryland town on a site that had formerly consisted largely of tobacco fields. She was also heavily involved in the first cooperative community designed by the federal government in the New Deal Era, Arthurdale, West Virginia, which sought to improve the lives of impoverished laborers by enabling them to create a self-sufficient, and relatively prosperous, cooperative community. Cooperatives in Greenbelt include the Greenbelt News Review, Greenbelt Consumers Coop grocery store, the New Deal Cafe, and the cooperative forming the downtown core of original housing, Greenbelt Homes Incorporated (GHI).[20]

The architectural planning of Greenbelt was innovative, but no less so than the social engineering involved in this federal government project.[22] Applicants for residency were interviewed and screened based on income and occupation, and willingness to become involved in community activities.[23] African-Americans were initially excluded, but were later included by the Greenbelt Committee for Fair Housing founded in 1963, and came to number 41% of residents, according to the 2000 census.[24][23][25] The same census data also indicates that African-Americans are isolated in certain parts within the town and the percentage of African-Americans within the historic area is often between 0% and 5% on most blocks.[26] Much of the federal government planned and developed portion of the city is located within the Greenbelt Historic District.

Greenbelt was the subject of the 1939 documentary film The City.

There were 9,747 households, of which 31.0% had children under the age of 18 living with them, 30.7% were married couples living together, 18.3% had a female householder with no husband present, 6.0% had a male householder with no wife present, and 44.9% were non-families. 36.1% of all households were made up of individuals, and 7.3% had someone living alone who was 65 years of age or older. The average household size was 2.37 and the average family size was 3.12.

The City of Greenbelt operates under a council-manager government as established by the city charter, the first such arrangement in Maryland.[22] The Council consists of seven members elected by plurality-at-large voting. From their members, the Council selects the Mayor and the Mayor Pro Tem (who assumes the duties of the Mayor when the Mayor is unavailable). The Council has traditionally chosen the member with the highest vote count to be Mayor and the member with the second-highest vote count as Mayor Pro Tem. Elections are held every two years, in odd-numbered years, in part to diminish the influence of political parties. Political party affiliations are not an official part of the city election process and are seldom part of candidate campaigns. Regular council meetings are held on Mondays, twice per month except during July, August, and December, when meetings are held once per month.[28]

The City Council is supported by 14 advisory boards and committees of citizen volunteers. The council appoints a professional city manager responsible for supervising government operations and implementing the policies adopted by the council.

The council selects the City Manager:

Of the ten incorporated cities in Prince George's County, Greenbelt is one of three with at-large elections for council and mayor. (The others are District Heights and New Carrollton.) The remaining seven use combinations of districts and at-large voting. On 2008-02-28, the Maryland American Civil Liberties Union and Prince George's County NAACP sent a letter to the Greenbelt City Council claiming that Greenbelt's at-large system may violate section 2 of the Voting Rights Act of 1965.[31] According to the letter, the 2000 Census indicated that African-Americans constituted 38% of Greenbelt's voting-age population, Asians 13%, and Latinos 6%. At the time, however, all members of the city council were white. The letter proposed that the city switch to single-winner district-based voting, cumulative voting, or choice voting, and indicated a lawsuit would follow if no reform were implemented.[32] While the city population is racially diverse, only two African Americans had run for Council in the 30 years preceding the 2009 election, one of whom had withdrawn before the election.[33][34] In June 2008, the United States Department of Justice opened an investigation into the city's election system.[35]

In 2008, the city government hosted three public community meetings regarding election reform, in concert with the ACLU, NAACP, and FairVote.[36] Over 100 residents attended the forums, including one of the unsuccessful African American candidates, Jeanette Gordy, who said, "My concern is that people don't get off their royal behinds. By going to meetings I got what I wanted and found out I had power as a citizen."[37]

In 2009, the city implemented several election reforms with the goal of increasing diversity: increasing the city council from five to seven members, adding another precinct in Greenbelt East to shorten voter lines, and amending the city charter to allow early voting.[38]

In the election held November 5, 2013, Emmett Jordan was chosen by 77% of voters, and receiving highest vote count was then elected Mayor by the council.[42][43]

The federally planned and constructed inner core of the city was designated as the Greenbelt Historic District by the Maryland Historical Trust, and subsequently placed on the National Park Service's maintained National Register of Historic Places on November 25, 1980. The historic district's status was elevated to National Historic Landmark District status on February 18, 1997. The district contains Roosevelt Center (originally named simply The Center, and later renamed in honor of President Roosevelt) and many buildings in the Art Deco style.[7] Roosevelt Center contains the Greenbelt Co-op Supermarket and Pharmacy (the Co-op), which opened in 1984, and the original, historic Old Greenbelt Theatre, while also adding the Greenbelt Arts Center (located underneath the Co-op, in what was previously the city's bowling alley), and additional new businesses such as the New Deal Cafe, with its name honoring the origins of its location.[7][48][49] Both the Co-op and the New Deal Cafe carry on a tradition from the city's inception, as they operate as non-profit cooperative membership corporations.[49][50][48][51]

There are three public elementary schools serving sections of Greenbelt:[54]

All of Greenbelt is served by Greenbelt Middle School (Greenbelt),[55] which includes a Talented and Gifted magnet program.

All of Greenbelt is served by Eleanor Roosevelt High School (Greenbelt),[56] a highly rated school which includes a Science and Technology magnet program and an AP Capstone program.[57]

There is a public magnet school within the City:

There is a public charter school within the City:

There are no private schools within the City of Greenbelt. There is a Catholic school in nearby Lanham CDP, Academy of Saint Matthias the Apostle.[58][59]

Greenbelt is served by the Greenbelt Branch of the Prince George's County Memorial Library System.[63]

According to Greenbelt's 2018 Comprehensive Annual Financial Report,[65] the top employers in the city were:

Source: data are taken from employers who made information available, and the list does not include the US Federal Government (NASA's Goddard Space Flight Center). 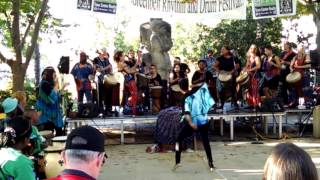 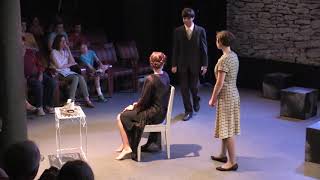 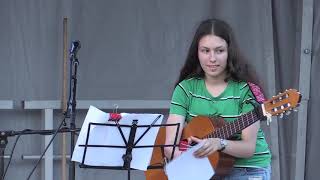 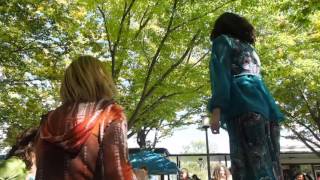 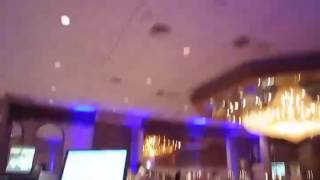 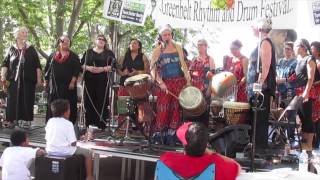 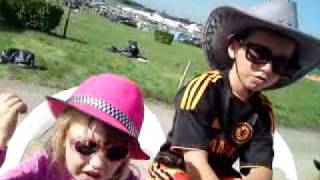 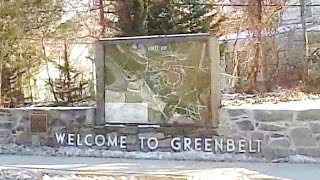 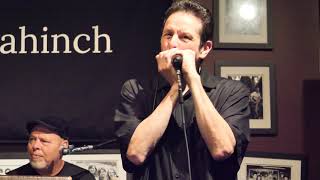 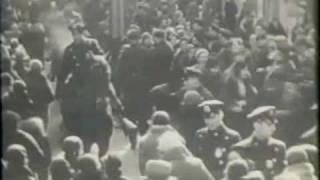 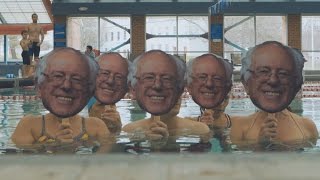 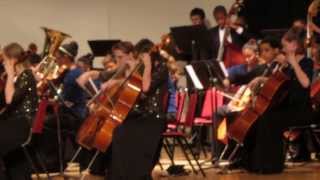 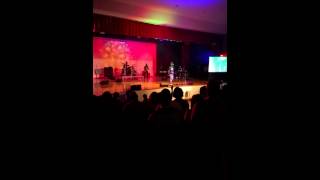 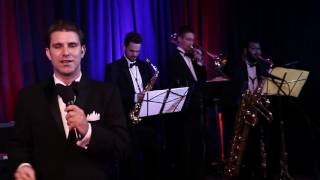 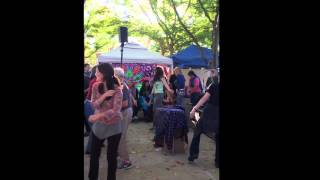 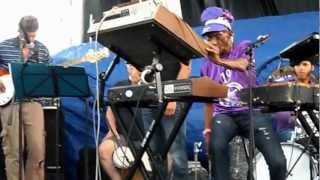 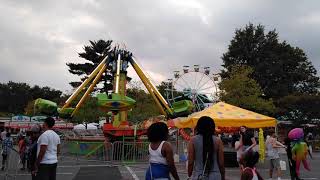 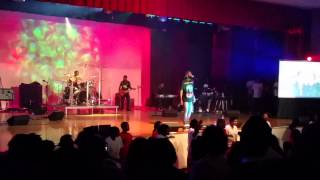