In 1608 the area was settled by Massawomecks and Susquehannocks.[3]:16-17 The first European to see the area was John Smith in 1608 when he traveled up the Chesapeake Bay from Jamestown.[3]:14-15 In 1652 the English and Susquehannocks signed a treaty at what is now Annapolis for the area now called Harford County.[3]:24 After supposedly marrying Mary Ann Holmes in 1821 Junius Brutus Booth Sr. moved to the county into a log cabin before building Tudor Hall in 1847.[4] Junius Brutus Booth Sr. "was followed as a marvel. Mention of his name stirred an enthusiasm no other could awaken."[5]:149Junius Brutus Booth Jr. was born to the couple in Bel Air, Harford County, Maryland in 1821 before managing the Boston Theatre, Walnut Street Theatre, Winter Garden Theatre, and Booth's Theatre where his younger brother Edwin was the star attraction. Though a relatively undistinguished actor, Junius Jr. was highly regarded for his performances as King John and Cassius in Julius Caesar, which he performed with Edwin as Brutus and John Wilkes as Mark Antony in 1864.[6] He married Agnes Land Perry in 1867. He retired in 1881 to Masconomo House in Manchester-by-the-Sea, Massachusetts, where he died on September 17, 1883.[7]Edwin Booth was also born in Bel Air but in 1833 and later toured America and Europe performing plays by Shakespeare before founding Booth's Theatre in New York in 1869.[8][9] Edwin was a Unionist.[10]

Born in the same log cabin but in 1838 John Wilkes Booth made his stage debut at age 17 on August 14, 1855 in the supporting role of the Earl of Richmond in Richard III at Baltimore's Charles Street Theatre.[11] Some of the more known theaters that he acted for include John T. Ford's Holliday Street Theater in Baltimore, Arch Street Theatre in Philadelphia, and the Richmond Theatre.[12] Of all Shakespearean characters his favorite role was Brutus the slayer of a tyrant.[13] Some critics called him "the handsomest man in America," a "natural genius", and praised his "astonishing memory" while others gave mixed reviews of his acting.[14] Historian Benjamin Platt Thomas wrote that Booth "won celebrity with theater-goers by his romantic personal attraction."[15]

Author Gene Smith wrote that Booth's acting may not have been as precise as his brother Edwin's, but his strikingly handsome appearance enthralled women.[16] As the 1850s drew to a close, Booth was becoming wealthy as an actor, earning $20,000 a year (equivalent to about $569,000 today).[17] Despite the acting fame of the entire Booth family, John Wilkes Booth will always be most known for assassinating Abraham Lincoln.[18]

Havre de Grace, a city incorporated in 1785 within Harford County, was once under consideration to be the capital of the United States rather than Washington, D.C.[3]:250 It was favored for its strategic location at the top of the Chesapeake Bay; this location would facilitate trade while being secure in time of war.[19] Today, the waterways around Havre de Grace have become adversely affected by silt runoff, which is one of the primary environmental issues of Harford County.[20] While today the site is a Maryland National Guard military reservation, the land was used as the Havre de Grace Racetrack where racehorse Man o' War ran in 1919 and 1920.[21]

During the 1900s the Bata Shoe Company employed numerous Eastern European refugees at the Belcamp factory.[22]:4 In the 1940s the Susquehanna River tributary Broad Creek was dammed to form the 55 acres (0.22 km2) at what is now the Broad Creek Memorial Scout Reservation.[23] In June 1972 Hurricane Agnes overflowed the dam and flooded areas in many states.[24] On the County Health Rankings & Roadmaps by the Robert Wood Johnson Foundation with the University of Wisconsin Population Health Institute, "prior to the 2016 report ... Harford's yearly rankings[25] typically fell between ninth and 10th place, primarily because of the percentage of county residents who were obese or who smoked."[26] Scenes from Tuck Everlasting, From Within, and House of Cards were all filmed in Harford County.[]

The county was named for Henry Harford (ca. 1759-1834), the illegitimate son of Frederick Calvert, 6th Baron Baltimore. Henry Harford was born to Calvert's mistress, Hester Whelan, whose residence still stands as part of a private residence on Jarretsville Pike, in Phoenix, Maryland. Harford served as the last Proprietary Governor of Maryland but, because of his illegitimacy, did not inherit his father's title.[3]:53 There are 79 properties and districts listed on the National Register in the county, including one National Historic Landmark called Sion Hill.[28]

As the county sits at the headwaters of the Chesapeake Bay along the Susquehanna River, it plays a key role in controlling sediment and fertilizer runoff into the bay as well as fostering submerged aquatic vegetation (SAV) regrowth. The county has had to balance the needs of land owners to practice agriculture and/or pave land (creating impervious surfaces) with effects of runoff into the bay.

Harford County has been burdened by soil contamination and groundwater contamination since the creation of the Aberdeen Proving Ground. The military installation performs research for the U.S. Army and has released various chemical agents into soil and groundwater, including mustard gas and perchlorate. The bordering towns of Aberdeen, Edgewood and Joppatowne have been affected by this contamination.[29][30] Aberdeen Proving Ground contains three Superfund priority sites as of 2006[update]. Groundwater contamination by MTBE, a mandatory gasoline additive, has also affected Fallston.[31][32]

Harford County also faces controversy from residents living near Scarboro Landfill and Harford Waste Disposal Center, the only municipal landfill. The landfill, approved to triple in size in 2007, is the subject of complaints by neighbors of operating violations, such as large areas of open trash and blown litter, leachate breaks which contaminate area residential wells and flow into Deer Creek, a tributary of the Susquehanna River, and increased health problems.[]

Harford County straddles the border between the rolling hills of the Piedmont Plateau and the flatlands of the Atlantic Coastal Plain along the Chesapeake Bay and its tributaries. The county's development is a mix of rural and suburban, with denser development in the larger towns of Aberdeen and Bel Air and along Route 40 and other major arteries leading out of Baltimore. The highest elevations are in the north and northwest of the county, reaching 805 ft. near the Pennsylvania border in the county's northwestern corner. The lowest elevation is sea level along the Chesapeake Bay.

Harford County is, like the Pennsylvania Dutch Country to its north, a strongly Republican region. No Democratic presidential candidate has carried Harford County since Lyndon Johnson's landslide of 1964. In the period before World War II Harford leaned strongly Democratic as it had sizeable Confederate sympathies,[35] but during and since the Second World War the county has turned away from its traditional allegiances.

The Harford County Executive is Barry Glassman (Republican). Primary law enforcement in the county is handled by the Harford County Sheriff's Office, which has precincts in Jarrettsville, Edgewood and Bel Air. The current Sheriff is Jeffrey Gahler (R). The Maryland State Police also have a barrack located in Bel Air which serves the citizens of Harford County. Municipal police needs are provided by the Bel Air Police Department, the Aberdeen Police Department and the Havre De Grace Police Department. The current State's Attorney is Joseph I. Cassilly. Directors are nominated by the Executive and approved by the Council. The Volunteer Fire & EMS Association department[37] is led by Russell Eyre.[38]

The 2005 report on race and ethnicity indicated the county's population was 82.8% non-Hispanic whites. The proportion of African-Americans in the county had risen to 11.5%. Hispanics were now 2.4% of the total population.[45]

According to the Maryland Department of Business and Economic Development, the following were the top employers in Harford County:

The Susquehanna Symphony Orchestra, formerly the Harford Community Orchestra, is an orchestra that is based in Harford County. The group is made up of about 80 musicians from many professions.

The Havre De Grace Decoy Museum is a museum dedicated to working and decorative decoys used on the Chesapeake Bay.

Harford Community College hosts many cultural spots. The Student Center hosts the Chesapeake Gallery, a collection of artwork from established artists, as well as students and faculty, and the Chesapeake Theater, a theater venue used by the Phoenix Festival Theater Company, a student run theater group.

Harford Community College also has the Joppa Hall, which houses the Blackbox Theatre, an additional theater venue used by the Harford Dance Theater Company and the HCC Actors Guild. The Joppa Hall also houses the Joppa Recital Halls, a venue for musical performances.

Also at HCC is the Hays-Heighe House, a museum dedicated to the history of Harford County.

The Historical Society of Harford County, one of the oldest county historical societies in Maryland, was established in 1885 to preserve, promote, and interpret the history of the county and its people. Today, it is headquartered on Main Street in downtown Bel Air in the historic 1936 Old Bel Air Post Office Building, where it maintains an archive, exhibit space, and research library.

The Conowingo Dam is on the eastern border of Harford County.

The Harford County Airport is a small airport in Churchville. Its available for recreational pilots & flight training, as well as sight seeing, balloon rides, hang gliding and sky diving.

There are no 4-year universities in Harford County. Harford Community College, located in Churchville, offers 2-year associate degrees and vocational programs. Recently, Harford County Community College has entered into several partnerships with local four-year colleges for enhanced offerings, for credit at those institutions, to be taught on campus and at the surrounding buildings. 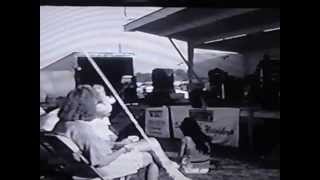 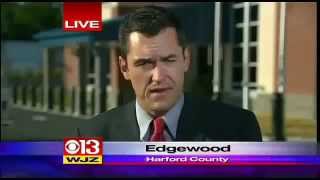 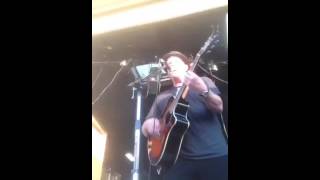 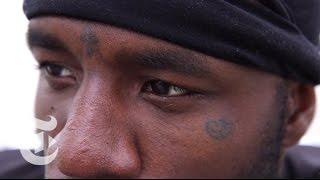 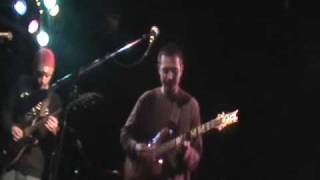 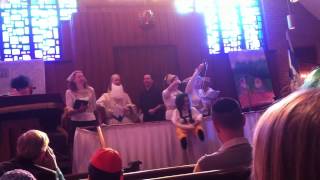 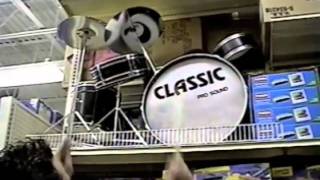 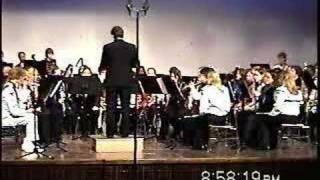 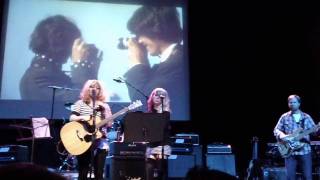 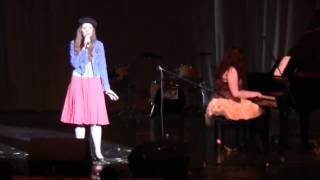 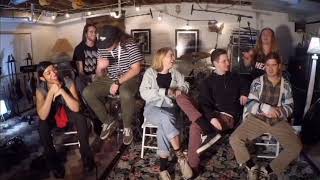 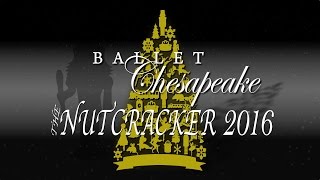 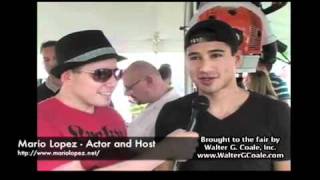 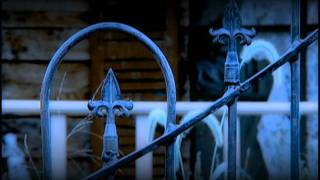 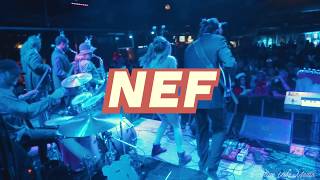 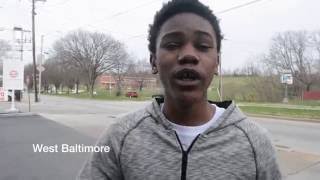 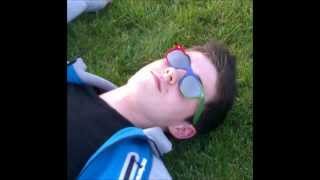 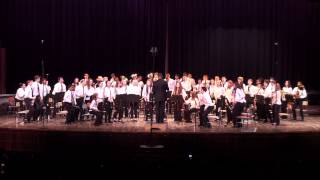