Harrisonburg is an independent city in the Shenandoah Valley region of the Commonwealth of Virginia in the United States. It is also the county seat of the surrounding Rockingham County,[8] although the two are separate jurisdictions. As of the 2010 census, the population was 48,914,[9] with a census-estimated 2019 population of 53,016.[10] The Bureau of Economic Analysis combines the city of Harrisonburg with Rockingham County for statistical purposes into the Harrisonburg, Virginia Metropolitan Statistical Area, which has a 2011 estimated population of 126,562.[11]

Harrisonburg is home to James Madison University (JMU), a public research university with an enrollment of over 20,000 students,[12] and Eastern Mennonite University (EMU), a private, Mennonite-affiliated liberal arts university. Although the city has no historical association with President James Madison, JMU was nonetheless named in his honor as Madison College in 1938 and renamed as James Madison University in 1977.[13] EMU largely owes its existence to the sizable Mennonite population in the Shenandoah Valley, to which many Pennsylvania Dutch settlers arrived beginning in the mid-18th century in search of rich, unsettled farmland.[14]

The city has become a bastion of ethnic and linguistic diversity in recent years. Over 1,900 refugees have been settled in Harrisonburg since 2002.[15] As of 2014, Hispanics or Latinos of any race comprise 19% of the city's population.[16] Harrisonburg City Public Schools (HCPS) students speak 55 languages in addition to English, with Spanish, Arabic, and Kurdish being the most common languages spoken.[17] Over one-third of HCPS students are English as a second language (ESL) learners.[18] Language learning software company Rosetta Stone was founded in Harrisonburg in 1992,[19] and the multilingual "Welcome Your Neighbors" yard sign originated in Harrisonburg in 2016.[15] The earliest documented English exploration of the area prior to settlement was the Knights of the Golden Horseshoe Expedition, led by Lt. Gov. Alexander Spotswood, who reached Elkton, and whose rangers continued and in 1716 likely passed through what is now Harrisonburg.

Harrisonburg, previously known as "Rocktown," was named for Thomas Harrison, a son of English settlers.[21] In 1737, Harrison settled in the Shenandoah Valley, eventually laying claim to over 12,000 acres (4,900 ha) situated at the intersection of the Spotswood Trail and the main Native American road through the valley.[22]

In 1849, trustees chartered a mayor-council form of government, although Harrisonburg was not officially incorporated as an independent city until 1916. Today, a council-manager government administers Harrisonburg.[24]

On June 6, 1862, an American Civil War skirmish took place at Good's Farm, Chestnut Ridge near Harrisonburg between the forces of the Union and the forces of the Confederacy at which the C.S. Army Brigadier General, Turner Ashby (1828-1862), was killed.

On October 17, 2020, the city was the scene of a massive explosion and fire at a small shopping center at Miller Circle in the South Main St. area.

When the slaves of the Shenandoah Valley were freed in 1865, they set up near modern-day Harrisonburg a town called Newtown.[25] This settlement was eventually annexed by the independent city of Harrisonburg some years later, probably around 1892. Today, the old city of Newtown is in the Northeast section of Harrisonburg and which is referred to as Downtown Harrisonburg.[26] It remains the home of the majority of Harrisonburg's predominantly black churches, such as the First Baptist and Bethel AME. The modern Boys and Girls Club of Harrisonburg is located in the old Lucy Simms schoolhouse used for the black students in the days of segregation.[27]

A large portion of this black neighborhood was dismantled in the 1960s when - in the name of urban renewal - the city government used federal redevelopment funds from the Housing Act of 1949 to force black families out of their homes and then bulldozed the neighborhood. This effort, called "Project R-4", focused on the city blocks east of Main, north of Gay, west of Broad, and south of Johnson. This area makes up 32.5 acres. "Project R-16" is a smaller tag on project which focused on the 7.5 acres south of Gay street.[28][26][29][30][31]

According to Bob Sullivan, an intern working in the city planner's office in 1958, the city planner at the time, David Clark had to convince the city council that Harrisonburg even had slums. Newtown, a low socioeconomic status housing area, was declared a slum. Federal law mandated that the city needed to have a referendum on the issue before R4 could begin. The vote was close with 1,024 votes in favor and 978 against R4. Following the vote, the Harrisonburg Redevelopment and Housing Authority was established in 1955 to carry out the project. All of the members were white men. The project began and, due to eminent domain, the government could force the people of Newtown to sell their homes.[32] They were offered rock bottom prices for their homes. Many people couldn't afford a new home and had to move into public housing projects and become dependent on the government. Other families left Harrisonburg. It is estimated between 93 and 200 families were displaced.[29][28]

In addition to families, many of the businesses of Newtown that were bought out could not afford to reestablish themselves. Locals say many prominent black businesses like the Colonnade which served as a pool hall, dance hall, community center, and tearoom were unable to reopen.[33] Kline's, a white-owned business, was actually one of the few businesses in the area that was able to reopen. The city later made $500,000 selling the seized property to redevelopers. Before the project, the area brought in $7000 in taxes annually. By 1976, The areas redeveloped in R4 and R16 were bringing in $45,000 in annual taxes. These profit gains led Lauren McKinney to regard the project as "one of only two 'profitable' redevelopment schemes in the state of Virginia."[28]

Cultural landmarks were also influenced by the projects. Although later rebuilt, The Old First Baptist Church of Harrisonburg was demolished.[33][34] Newtown Cemetery, a Historic African American Cemetery, was also impacted. It appears no Burials were destroyed, however, the western boundary was paved over and several headstones now touch the street.[35][33] Interstate 81, a main roadway in Harrisonburg

In early 2002, the Harrisonburg community discussed the possibility of creating a pedestrian mall downtown. Public meetings were held to discuss the merits and drawbacks of pursuing such a plan. Ultimately, the community decided to keep its Main Street open to traffic. From these discussions, however, a strong voice emerged from the community in support of downtown revitalization.

On July 1, 2003, Harrisonburg Downtown Renaissance was incorporated as a 501(c)(3) nonprofit organization with the mission of rejuvenating the downtown district.[36]

In 2004, downtown was designated as the Harrisonburg Downtown Historic District on the National Register of Historic Places and a designated Virginia Main Street Community,[37] with the neighboring Old Town Historic District residential community gaining historic district status in 2007. Several vacant buildings have been renovated and repurposed for new uses, such as the Hardesty-Higgins House and City Exchange, used for the Harrisonburg Tourist Center and high-end loft apartments, respectively.

In 2008, downtown Harrisonburg spent over $1 million in cosmetic and sidewalk infrastructure improvements (also called streetscaping and wayfinding projects). The City Council appropriated $500,000 for custom street signs to be used as "wayfinding signs" directing visitors to areas of interest around the city. Another $500,000 were used to upgrade street lighting, sidewalks, and landscaping along Main Street and Court Square.[38]

In 2014, Downtown Harrisonburg was named a Great American Main Street by the National Main Street Association and downtown was designated the first culinary district in the commonwealth of Virginia.

Shenandoah Valley Railroad interchanges with the NS on south side of Harrisonburg and with CSX and Buckingham Branch Railroad in North Staunton. The creative class of Harrisonburg has grown alongside the revitalization of the downtown district. The designation of "first Arts & Cultural District in Virginia" was awarded to Downtown Harrisonburg in 2001.[47] Contributing to Harrisonburg's cultural capital are a collection of education and art centers, residencies, studios, and artist-facilitated businesses, programs, and collectives.

Some of these programs include: A Little Free Library in Harrisonburg

This graph, using information from the 2000 federal census, illustrates the uneven distribution of age due to the two universities in Harrisonburg

Like most of the Shenandoah Valley, Harrisonburg has traditionally been a Republican stronghold. It was one of the first areas of Virginia where old-line Southern Democrats began splitting their tickets. The city went Republican at every presidential election from 1944 to 2004. In 2008, however, Barack Obama carried the city by a margin of 16 percent--exceeding the margin by which George W. Bush carried it four years earlier. The city has gone Democratic in every presidential election since then, and has become one of the few Democratic mainstays in one of the more conservative parts of Virginia.

The climate in this area is characterized by hot, humid summers and generally cool to cold winters. Harrisonburg has a humid subtropical climate, Cfa on climate maps according to the Köppen climate classification, but has four clearly defined seasons that vary significantly, if not having brief changes from summer to winter.[67] The USDA hardiness zone is 6b, which means average minimum winter temperature of -5 to 0 °F (-21 to -18 °C). 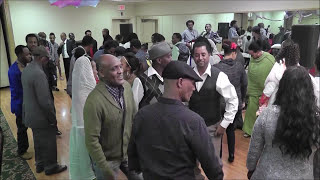 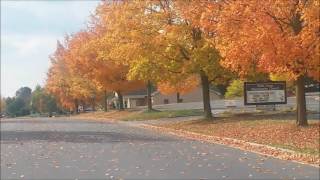 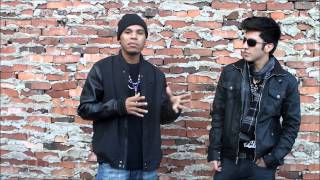 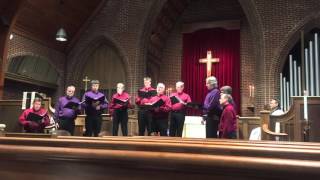 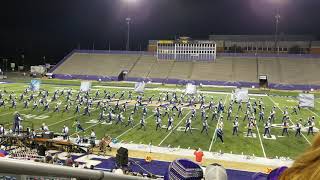 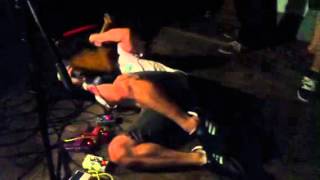 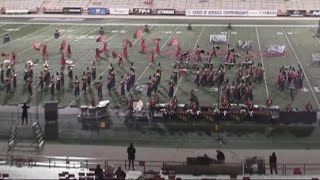 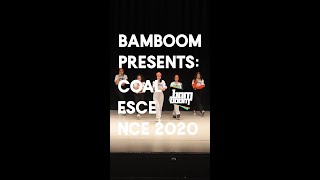 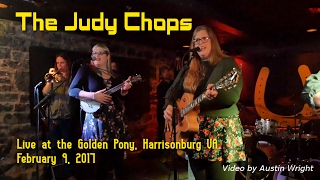 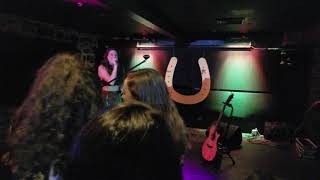 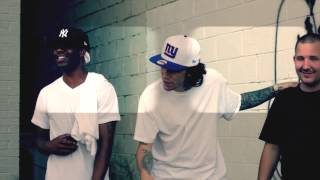 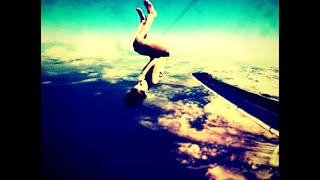 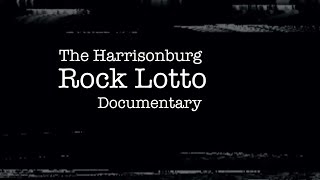 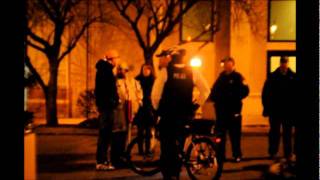 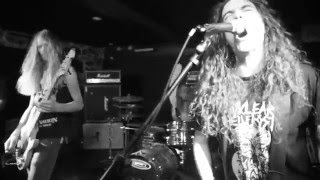 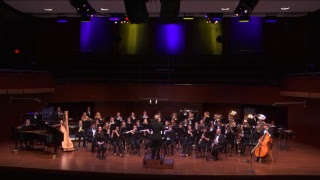 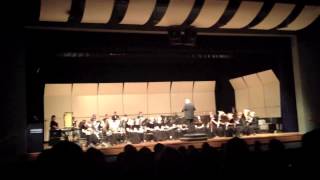