Hoffman Estates is a village in Illinois, United States. The village is located primarily in Cook County, with a small section in Kane County. It is a suburb of Chicago. As of the 2010 census, the population was 51,895,[3] and as of 2019 the estimated population was 50,932.[4]

In 2009, the village hosted the Heartland International Tattoo, one of the largest music and dance festivals of its kind in the Midwest. Prior to the 1940s, German settlers moved into the area west of Roselle Road and north of Golf Road, then known as Wildcat Grove. The area was sparsely populated until gentleman farmers purchased land in the area in the 1940s.

In 1954, Sam and Jack Hoffman, owners of a father-son owned construction company, bought 160 acres of land in the area.[6] The pair constructed homes and began the development the region which now bears their name. As residents moved in, they voted to incorporate the area, and the Village of Hoffman Estates was incorporated on September 23, 1959.[7][6][8]

Once the Northwest Tollway opened, Schaumburg Township became more attractive to Chicago commuters. In the early 1960s, land annexations north of the tollway and in other neighboring regions more than doubled Hoffman Estates's land area.[9]

The opening of the Woodfield Mall in Schaumburg to the east in 1971 made the area a major business center. An attempt to change the name of the village to East Barrington, among other names, was made in the early 1980s but failed upon a residential vote.[10]

In the 1990s, the Prairie Stone Business Park began development. This 750-acre (3.0 km2) planned multi-purpose business park[11] is bounded by Illinois Route 59 on the east, Interstate 90 on the south, Illinois Route 72 on the north, and Beverly Road on the west. The business park came to fruition in 1993 when Sears, Roebuck and Company relocated from the Sears Tower in Chicago to a sprawling headquarters in the northwest part of Prairie Stone.[12][11] That was followed in by Indramat and Quest International, which in 1995 also opened facilities in the park.[13][14][15] Throughout the 1990s, a health and wellness center and child care facility were developed, as well as other smaller office buildings, and a branch of Northern Illinois University. Development of the business park is still ongoing, and recent additions in the 2000s include the 11,000-seat Now Arena; office buildings for Serta, WT Engineering, I-CAR, and Mary Kay; a Cabela's outdoor outfitters store; a 295-room Marriott hotel; and the 400,000-square-foot (37,000 m2) Poplar Creek Crossing Retail Center, which is anchored by Target and numerous other big-box retailers. Future development will include further office buildings and retail development, Sun Island Hotel and Water Park, an amphitheater, and restaurants.

In the fall of 2016, papers and artifacts from President Barack Obama's administration began to arrive in town, where they are being stored in a building on Golf Road. The site is their temporary home while construction takes place on the Barack Obama Presidential Center in Jackson Park, Chicago, and is not open to the public.[18]

In January 2020, the second US case of coronavirus disease 2019 (COVID-19) was confirmed in Hoffman Estates. The patient, a woman in her 60s returning from Wuhan, China, was treated at St. Alexius Medical Center.[19] Her husband was later infected in the first case of person-to-person transmission of the SARS-CoV-2 virus in the United States.[20]

There were 17,034 households, with the average household size of 2.89 individuals per household while the average family size was 3.39, out of which:

The median age was 34 years with variances of:

The racial makeup of the village was:[25]

The median income for a household in the village was $84,583.

The village is served by several public school districts. The majority of residents who live in Schaumburg Township attend:

North Hoffman Estates (north of I-90) residents are served by:

Most of the village is served by Harper College Community College District 512.

The Xilin Northwest Chinese School (S?, T?, P: X?lín X?b?i Zh?ngwén Xuéxiào) holds its classes at Conant High School in Hoffman Estates.[35] It serves grades preschool through 12.[36] The school predominately serves Mainland Chinese families. In 2003 the school held its classes in Palatine High School in Palatine. In 2000 the school had served around 300 students. This figure increased almost by 100%, to almost 600 students. This made it one of the largest of the Chinese schools in the Chicago area.[37]

Hoffman Estates has one sister city:[38] 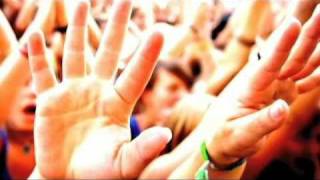 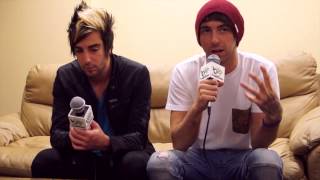 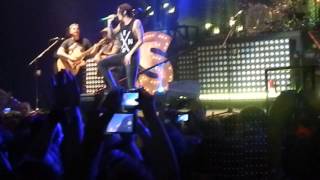 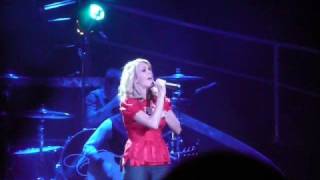 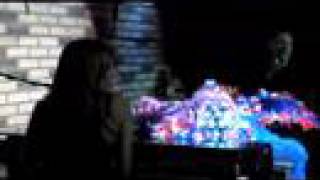 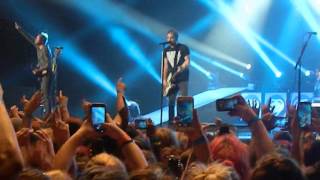 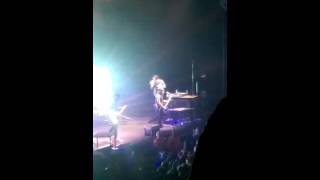 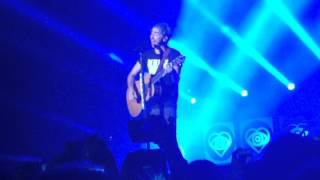 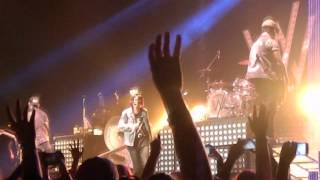 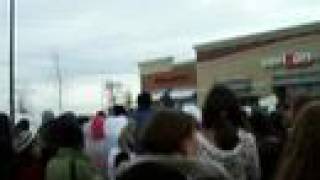 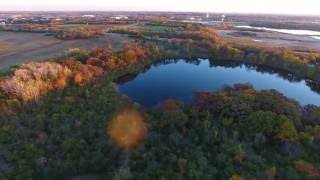 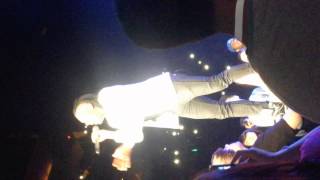 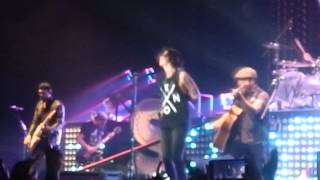 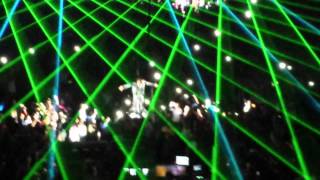 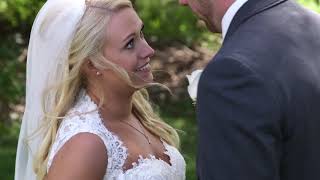 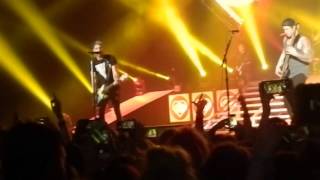 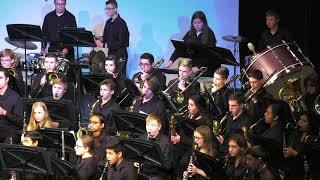 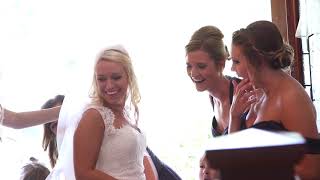 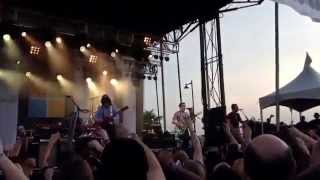 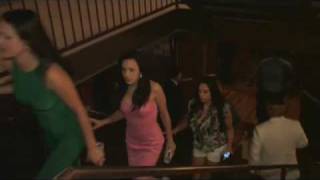