Hornbostel and Sachs based their ideas on a system devised in the late 19th century by Victor-Charles Mahillon, the curator of musical instruments at Brussels Conservatory. Mahillon divided instruments into four broad categories according to the nature of the sound-producing material: an air column; string; membrane; and body of the instrument. From this basis, Hornbostel and Sachs expanded Mahillon's system to make it possible to classify any instrument from any culture.

Formally, the Hornbostel-Sachs is modeled on the Dewey Decimal Classification for libraries. It has five top-level classifications, with several levels below those, adding up to over 300 basic categories in all. The top five levels of the scheme are as follows:

Idiophones primarily produce their sounds by means of the actual body of the instrument vibrating, rather than a string, membrane, or column of air. In essence, this group includes all percussion instruments apart from drums, as well as some other instruments. In the Hornbostel-Sachs classification, idiophones are first categorized according to the method used to play the instrument. The result is four main categories: struck idiophones (11), plucked idiophones (12), friction idiophones (13), and blown idiophones (14). These groups are subsequently divided through various criteria. In many cases these sub-categories are split in singular specimens and sets of instruments. The latter category includes the xylophone, the marimba, the glockenspiel, and the glass harmonica.

These idiophones are set in vibration by being struck, for example cymbals or xylophones.

The player executes the movement of striking; whether by mechanical intermediate devices, beaters, keyboards, or by pulling ropes, etc. It is definitive that the player can apply clear, exact, individual strokes, and that the instrument itself is equipped for this kind of percussion.

The player himself/herself does not go through the movement of striking; percussion results indirectly through some other movement by the player.

Plucked idiophones, or lamellaphones, are idiophones set in vibration by being plucked; examples include the jaw harp or mbira. This group is sub-divided in the following two categories:

The lamellae vibrate within a frame or hoop.

The lamellae are tied to a board or cut out from a board like the teeth of a comb.

Idiophones which are rubbed, for example the nail violin, a bowed instrument with solid pieces of metal or wood rather than strings.

Blown idiophones are idiophones set in vibration by the movement of air, for example the Aeolsklavier, an instrument consisting of several pieces of wood which vibrate when air is blown onto them by a set of bellows. The piano chanteur features plaques.

Membranophones primarily produce their sounds by means of the vibration of a tightly stretched membrane. This group includes all drums and kazoos.

Struck drums are instruments which have a struck membrane. This includes most types of drums, such as the timpani, or kettle drum, and the snare drum.

Instruments in which the membrane is struck directly, such as through bare hands, beaters or keyboards.

Instruments which are shaken, the membrane being vibrated by objects inside the drum (rattle drums).

Instruments with a string attached to the membrane, so that when the string is plucked, the membrane vibrates (plucked drums).
Some commentators believe that instruments in this class ought instead to be regarded as chordophones (see below).

Instruments in which the membrane vibrates as a result of friction. These are drums which are rubbed, rather than being struck.

Instruments in which a cord, attached to the membrane, is rubbed.

Instruments in which the membrane is rubbed by hand

This group includes kazoos, instruments which do not produce sound of their own, but modify other sounds by way of a vibrating membrane.

Instruments in which the membrane is vibrated by an unbroken column of wind, without a chamber

Instruments in which the membrane is placed in a box, tube or other container

Chordophones primarily produce their sounds by means of the vibration of a string or strings that are stretched between fixed points. This group includes all instruments generally called string instruments in the west, as well as many (but not all) keyboard instruments, such as pianos and harpsichords.

Instruments which are in essence simply a string or strings and a string bearer. These instruments may have a resonator box, but removing it should not render the instrument unplayable, though it may result in quite a different sound being produced. They include the piano therefore, as well as other kinds of zithers such as the koto, and musical bows.

The string bearer is bar-shaped.

The string bearer is a vaulted surface.

The string bearer is composed of canes tied together in the manner of a raft.

The string bearer is a board.

The strings are stretched across the mouth of a trough.

The strings are stretched across an open frame.

Acoustic and electro-acoustic instruments which have a resonator as an integral part of the instrument, and solid-body electric chordophones. This includes most western string instruments, including lute-type instruments such as violins and guitars, and harps.

The plane of the strings runs parallel with the resonator's surface.

The plane of the strings lies perpendicular to the resonator's surface.

The plane of the strings lies at right angles to the sound-table; a line joining the lower ends of the strings would be perpendicular to the neck. These have notched bridges.

Aerophones primarily produce their sounds by means of vibrating air. The instrument itself does not vibrate, and there are no vibrating strings or membranes.

Instruments in which the vibrating air is not contained within the instrument, for example sirens, or the bullroarer.

The air-stream meets a sharp edge, or a sharp edge is moved through the air. In either case, according to more recent views, a periodic displacement of air occurs to the alternate flanks of the edge. Examples are the swordblade or the whip.

The air-stream is interrupted periodically.

The sound is caused by a single compression and release of air. Examples include the botija, the gharha, the ghatam, and the udu.

The vibrating air is contained within the instrument. This group includes most of the instruments called wind instruments in the west, such as the flute or French horn, as well as many other kinds of instruments such as conch shells.

The player makes a ribbon-shaped flow of air with his/her lips (421.1), or his/her breath is directed through a duct against an edge (421.2).

The player's breath is directed against a lamella or pair of lamellae which periodically interrupt the airflow and cause the air to be set in motion.

The player's vibrating lips set the air in motion.

The fifth top-level group, the electrophones category, was added by Sachs in 1940, to describe instruments involving electricity. Sachs broke down his 5th category into 3 subcategories: 51=electrically actuated acoustic instruments; 52=electrically amplified acoustic instruments; 53= instruments which make sound primarily by way of electrically driven oscillators, such as theremins or synthesizers, which he called radioelectric instruments. Francis William Galpin provided such a group in his own classification system, which is closer to Mahillon than Sachs-Hornbostel. For example, in Galpin's 1937 book A Textbook of European Musical Instruments, he lists electrophones with three second-level divisions for sound generation ("by oscillation," "electro-magnetic," and "electro-static"), as well as third-level and fourth-level categories based on the control method. Sachs himself proposed subcategories 51, 52, and 53, on pages 447-467 of his 1940 book The History of Musical Instruments. However, the original 1914 version of the system did not acknowledge the existence of his 5th category.

Present-day ethnomusicologists, such as Margaret Kartomi (page 173) and Ellingson (PhD dissertation, 1979, p. 544), suggest that, in keeping with the spirit of the original Hornbostel-Sachs classification scheme, of categorization by what first produces the initial sound in the instrument, that only subcategory 53 should remain in the electrophones category. Thus it has been more recently proposed that, for example, the pipe organ (even if it uses electric key action to control solenoid valves) remain in the aerophones category, and that the electric guitar remain in the chordophones category, etc.

Application of the system

Beyond the top three groups are several further levels of classification, so that the xylophone, for example, is in the group labeled 111.212 (periods are usually added after every third digit to make long numbers easier to read). A long classification number does not necessarily indicate the instrument is a complicated one. The valveless bugle, for instance, has the classification number 423.121.22, even though it is generally regarded as a relatively simple instrument (it is basically a bent conical tube through which you blow like a trumpet, but it does not have valves or finger holes). The numbers in the bugle's classification indicate the following:

423.121.22 does not uniquely identify the bugle, but rather identifies the bugle as a certain kind of instrument which has much in common with other instruments in the same class. Another instrument classified as 423.121.22 is the bronze lur, an instrument dating back to the Bronze Age.

After the number described above, a number of suffixes may be appended. An 8 indicates that the instrument has a keyboard attached, while a 9 indicates the instrument is mechanically driven. In addition to these, there are a number of suffixes unique to each of the top-level groups indicating details not considered crucial to the fundamental nature of the instrument. In the membranophone class, for instance, suffixes can indicate whether the skin of a drum is glued, nailed or tied to its body; in the chordophone class, suffixes can indicate whether the strings are plucked with fingers or plectrum, or played with a bow.

There are ways to classify instruments with this system even if they have elements from more than one group. Such instruments may have particularly long classification numbers with colons and hyphens used as well as numbers. Hornbostel and Sachs themselves cite the case of various bagpipes where some of the pipes are single reed (like a clarinet) and others are double reed (like the oboe). A number of similar composite instruments exist. 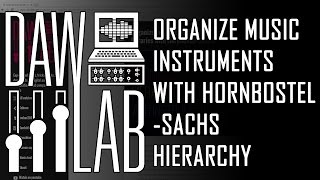 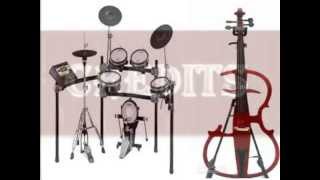 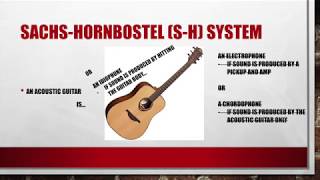 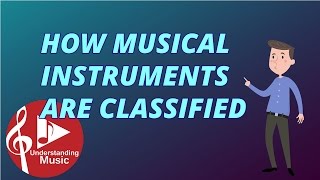 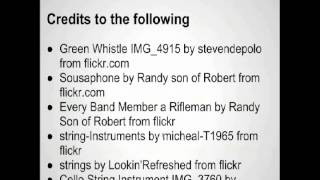 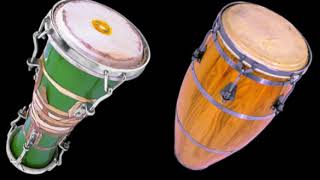 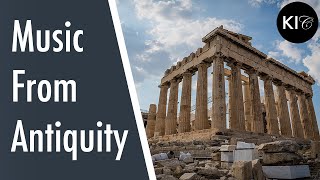 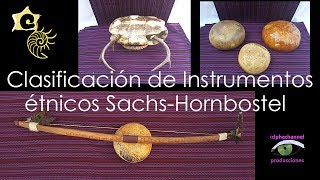 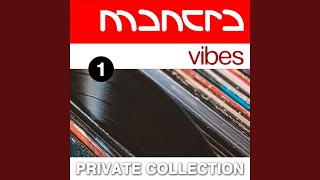 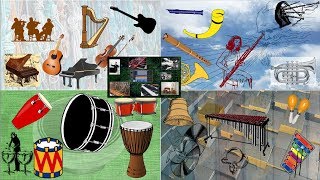 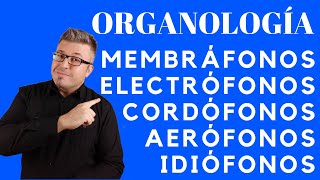 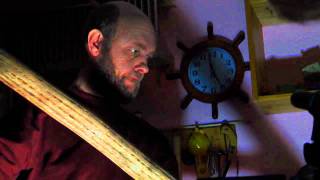 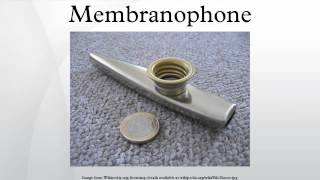 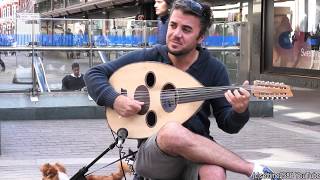 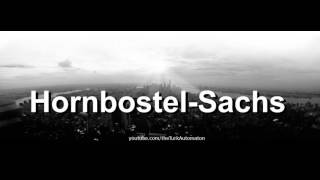