Hudson is a city and the county seat beside the west border of Columbia County, New York, United States.[3] As of the 2010 census it had a population of 6,713,[4] the second-largest in the county, following the nearby town of Kinderhook. Located on the east side of the Hudson River and 120 miles from the Atlantic Ocean, it was named for the river and its namesake explorer Henry Hudson.

Hudson is located 120 miles from New York Harbor, at the head of navigation on the Hudson River, on what originally was a spit of land jutting into the Hudson River between the South Bay and North Bay. Both bays have been largely filled in. Across the Hudson River lies the town of Athens in Greene County, New York; a ferry connected the two municipalities during much of the 19th century. Between them lies Middle Ground Flats, a former sandbar that grew due to both natural silting and also from dumping the spoils of dredging; today it is inhabited by deer and a few occupants of quasi-legal summer shanties. The Town of Greenport borders the other three sides of the city. Population declines since the late 20th century may be attributable[according to whom?] to demographic trends in which retirees, young couples, childless couples, singles, and weekenders have been gradually replacing larger families in the city. They have converted apartment buildings to single-family homes, and the number of unoccupied homes and rate of tax delinquency have declined.

The Hudson sesquicentennial commemorative half dollar was issued in 1935. It had one of the smallest mintages for a type issued by the US Mint.

The native Mahican people had occupied this territory for hundreds of years before European encounter, preceded by thousands of years of indigenous cultures. Dutch colonists began to settle here in the 17th century, calling it "Claverack Landing", having other settlements in Manhattan and at Albany, downriver and up, respectively. In 1662 some Dutch bought this area of land from the Mahican. It was originally part of the Town of Claverack.

After the English took over New Netherland, this area was settled largely by Quaker New England whalers and merchants hailing primarily from the islands of Nantucket and Martha's Vineyard in Massachusetts, and Providence, Rhode Island. They capitalized on Hudson being at the head of navigation on the Hudson River and developed it as a busy port. Hudson was chartered as a city in 1785, soon after the United States achieved independence from Great Britain. The self-described "Proprietors" laid out a city grid. Hudson grew rapidly as an active port and came within one vote of being named by the state legislature as the capital of New York state, losing to Albany, an historic center of trade from the 17th century.[7]

Hudson grew rapidly and by 1790 was the 24th-largest city in the United States.[8] In 1820, it had a population of 5,310, and ranked as the fourth-largest city in New York, after New York City, Albany and Brooklyn.[9] Construction of the Erie Canal in 1824 drew development west in the state, stimulating development of cities related to Great Lakes trade, such as Rochester and Buffalo, although the Hudson River continued to be important to commerce.

During the 19th century, considerable industry was developed in Hudson, and the city became known as a factory town. It attracted new waves of immigrants and migrants to industrial jobs. Wealthy factory owners and merchants built fine houses in the Victorian period. Hudson obtained a new charter in 1895. It reached its peak of population in 1930, with 12,337 residents.

In 1935, to celebrate the sesquicentennial of the city, the United States Mint issued the Hudson Half Dollar. The coin is one of the most rare ever minted by the United States Government, with only 10,008 coins struck. On the front of the coin is an image of Henry Hudson's ship the Half Moon, and on the reverse is the seal of the city. Local legend has it that coin was minted on the direct order of President Franklin Delano Roosevelt to thank the Hudson City Democratic Committee for being the first to endorse him for state senator and governor.

In the late 19th and first half of the 20th century, Hudson became notorious as a center of vice, especially gambling and prostitution.[10] (The former Diamond Street is today Columbia Street.) At the peak of the vice industry, Hudson boasted more than 50 bars. These rackets were mostly broken up in 1951, after surprise raids of Hudson brothels by New York state troopers under orders from Governor Thomas E. Dewey netted several local policemen, among other customers.[10]

From late 1998 until spring 2005, a land-use conflict took place when St. Lawrence Cement (SLC), a subsidiary of Swiss multinational Holderbank (since renamed Holcim), then one of the world's largest cement companies, proposed to build a cement-manufacturing plant. The massive coal-fired plant project would have occupied more than 1,800 acres (7.3 km2) in the city of Hudson and the town of Greenport. Supporters cited the project for jobs and stimulating other growth. Sustained grassroots opposition to the project was led by business owner Peter Jung[11] and journalist Sam Pratt,[12][13] co-founders of Friends of Hudson (FOH).[14] Opponents argued the proposed project violated state environmental regulations and would adversely affect the river, shoreline, and related habitats.

The controversy gained national attention from news outlets such as CNN and The New York Times, as well as media outlets in Canada and Switzerland. The project was withdrawn after New York Secretary of State Randy Daniels determined that the company's plans were inconsistent with New York State's 24 coastal policies.[15] Opponents of the cement project described the ruling as "a colossal relief" and supporters, including the Business Council of New York State, denounced it as "flawed in its logic".[16] Nearly 14,000 public comments were received by the State's Division of Coastal Resources (87% of them opposed to the project), a record for that agency.[17]

After a steep economic decline in the 1960s and '70s, following the loss of jobs due to restructuring in the manufacturing sector, the city has undergone a significant revival. The economy has shifted to one based on tourism, services and related retail.

Attracted by its quality architecture, a group of antiques dealers opened shops on the city's main thoroughfare, Warren Street, in the mid-1980s. Among these were the Hudson Antiques Center, founded by Alain Pioton, and the English Antiques Center. In the early 21st century, the city has nearly seventy shops now, represented by the Hudson Antiques Dealers Association (HADA). The business revival stimulated tourism and attracted residents, some taking second homes in the city. It has become known for its active arts scene, restaurants, art galleries and nightlife, in addition to the antique shops.[18]

In the early 21st century, Hudson has become a destination for LGBTQ people. Many have opened new businesses, moving here from larger urban areas, and have led the restoration of many of the city's historic houses. In 2010, Hudson High School made national history when openly gay seniors, Timothy Howard and Charlie Ferrusi, won prom king and queen.[19] During the same year, Hudson hosted its first gay pride parade,[20] which was attended by several hundred people.

With hundreds of properties listed or eligible to be listed in the State and National registers of historic places, Hudson has been called the "finest dictionary of American architecture in New York State".[21][page needed] The vast majority of properties listed within the Hudson Historic District are considered to be contributing, attesting to their quality.[21]

Hudson is home to the Firemen's Association of the State of New York (FASNY) Museum of Firefighting, one of the largest fire service-centered museums in the world. It is on the grounds of the FASNY Firemen's home, the first nursing home for firemen in the country.

Hudson Hall, an arts venue and organization, is located on Warren Street in the center of the city. It is New York's oldest operating theater.[26]

Time & Space Limited, a not-for-profit arts organization serves the City of Hudson and the Hudson River Valley Region. It shows a wide selection of independent movies.[27]

A farmers market takes place on Saturdays, offering a variety of fresh organic products from the Hudson Valley area. The market is conducted outdoors in the warm season and indoor in the wintertime.

Olde York Farm is a woman-owned and family-operated distillery sourcing Hudson Valley foraged and farmed ingredients to make seasonal batch spirits. The farm consists of land growing apples for apple based spirits, land for growing grain, and a black walnut tree grove on site at the distillery. The property is part of the historic Jacob Rutsen van Rensselaer House and Mill complex. Rensselaer also had his own distillery and cooperage circa 1805. Today the distillery and cooperage reside in Rensselaer's former carriage house. Barrels are handmade on site to age bourbon, whiskey, and brandy. On weekends, the tasting room is open serving cocktails, local beer, wine, cider, cheese plates, and gourmet grilled cheese.

Many local restaurants purchase fresh meat, eggs, herbs, and produce from the nearby Letterbox Farm Collective.[28] The city has a mayor-council form of elected government. Since the 1990s, seven mayors have served: William Allen, Dolly Allen, Richard Scalera, Kenneth Cranna, Richard Tracy, William Hallenbeck, Tiffany Martin Hamilton and Rick Rector. This period has been marked by unusual levels of friction between elected officials and residents, as the demographics and economics of the city have shifted. The Common Council consists of ten members elected from five districts, and a Council President elected citywide, as is the Treasurer.[29]

Several movies and television shows have been filmed in Hudson: 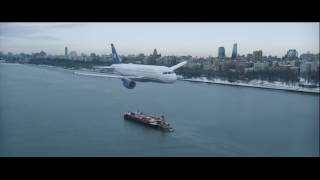 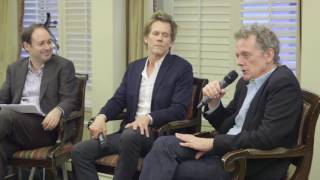 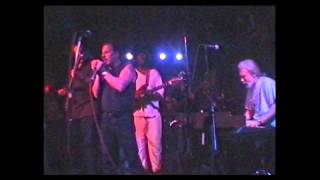 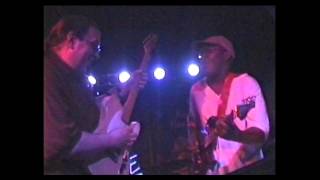 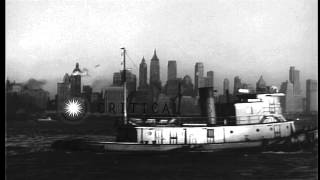 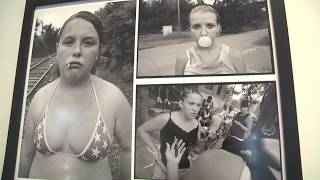 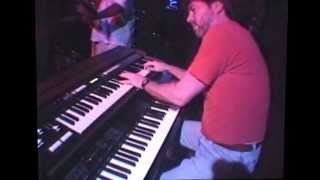 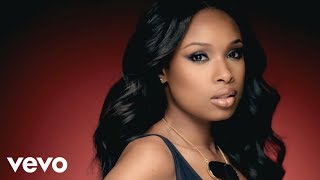 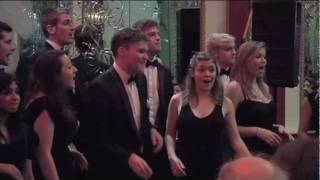 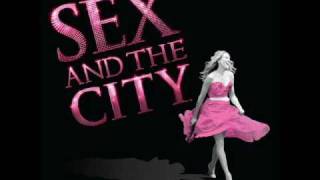 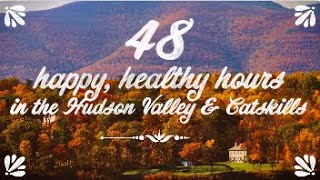 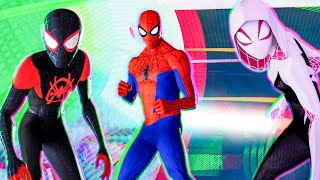 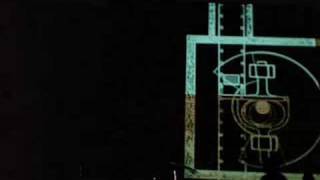 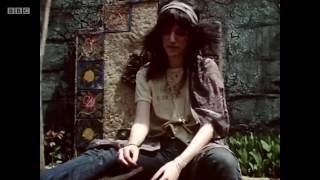 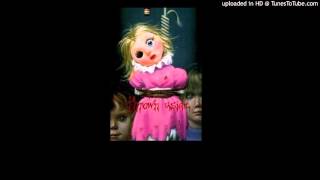 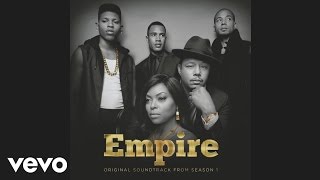 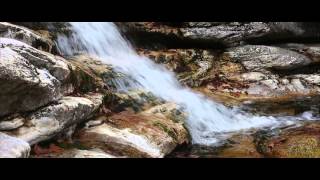 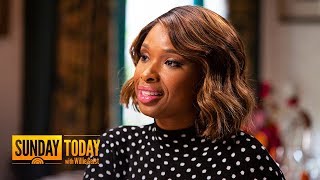