"If I Were a Rich Man" is a show tune from the 1964 musical Fiddler on the Roof. It was written by Sheldon Harnick and Jerry Bock. The song is performed by Tevye, the main character in the musical, and reflects his dreams of glory.[1]

The title is inspired by a 1902 monologue by Sholem Aleichem in Yiddish, Ven ikh bin Rothschild (If I were a Rothschild),[1] a reference to the wealth of the Rothschild family, although the content is quite different. The lyric is based in part on passages from Sholem Aleichem's 1899 short story "The Bubble Bursts." Both stories appeared in English in the 1949 collection of stories Tevye's Daughters.[2]

The Oxford Companion to the American Musical wrote that the song includes passages of "cantor-like chanting", and is "the most revealing of the many character numbers".[3]The Broadway Musical: A Critical and Musical Survey explained that the song contains a greater number of Jewish "commonplaces" than any other number in the score, and added the song does twofold: it "offers such a strong dose of idiom early in the show [which] is good for the overall unity", and the "important dramatic function" of introducing the central character of Tevye through song.[4] History of the Literary Cultures of East-Central Europe explains that the song is based on a monologue from the stories of Sholem Aleichem entitled "If I were Rothschild", in reference to the wealthy Jewish banking family.[5] The Grammar Devotional likens the phrase "if I were a rich man" to the Cowardly Lion's "if I were king of the forest" in The Wizard of Oz; both songs involve a tongue-in-cheek comparison between the character's actual condition and the one they imagine.[6] It has been suggested that song is inspired by a Hasidic folk song.[7] In the course of the musical, we learn that Tevye's real values are rather different from what he sings about here. Integrity, virtue, family, and the philosophical life mean more to him than the wealth he claims to wish for.

The song is broken into four verses, with a bridge between the third and fourth and a chorus sung at the beginning of the song, and after the second and fourth verses.

Musically, it is written in a Jewish klezmer style.

Through the first two verses, Tevye dreams of the material comforts that wealth would bring him. Sung boisterously and comedically, Tevye first considers the enormous house he would buy and the needless luxuries he would fill it with, including a third staircase "leading nowhere, just for show," then the poultry he would buy to fill his yard.

Tevye switches his attention to the luxuries in which he would shower his wife, Golde, in the third verse. He talks of servants to alleviate her workload, fancy clothes for her pleasure, and mountains of food. The song is sung in the same boisterous, comedic style.

The music and vocals intensify during the bridge, when Tevye starts lamenting his place in the community as a lowly milkman, and considers the esteem and importance that wealth would bring him.

In the final verse, Tevye softens as he further considers his devotion to God. He expresses his sorrow that the long working hours he keeps prevents him from spending as much time in the synagogue as he would like, and how wealth would allow him to spend less time working and more time praying and studying the Torah, and finally asking God if "it would spoil a vast eternal plan" if he were wealthy.

A repeated phrase throughout the song, "all day long I'd bidi-bidi-bum," is often misunderstood to refer to Tevye's desire not to have to work. However, in an interview with Terry Gross, Sheldon Harnick said he basically made up syllables that he thought would give the effect of Chassidic chanting. The first person to play Tevye, Zero Mostel, then replaced the syllables Harnick had written with ones that Mostel thought would be more authentic.[8][9] 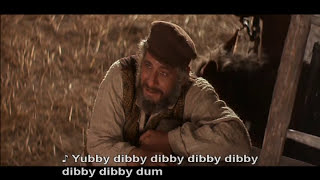 Fiddler on the Roof Original Film Soundtrack: If I Were A Rich Man
Watch   Add to List   Share 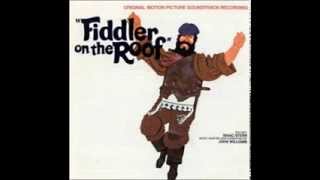 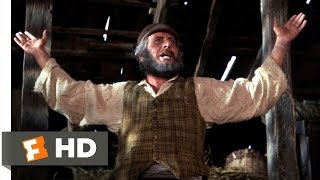 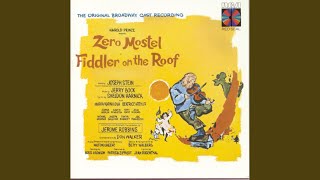 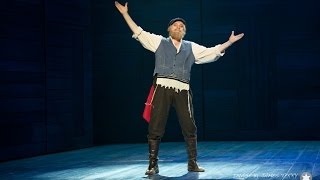 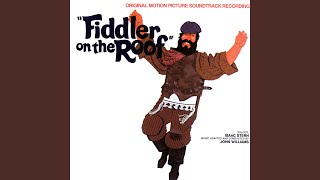 Fiddler on the Roof Jr. - If I Were A Rich Man: Lyrics
Watch   Add to List   Share 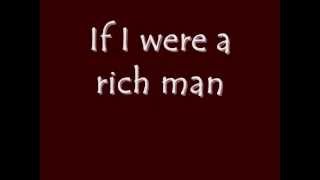 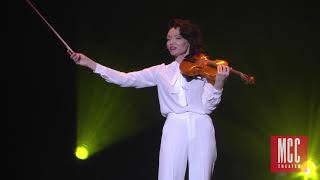 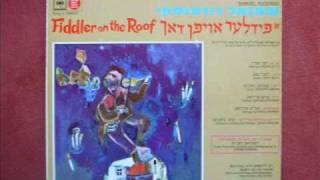 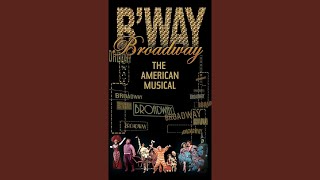 Tony Awards Fiddler on the Roof If I Were a Rich Man.flv
Watch   Add to List   Share 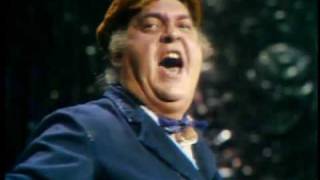 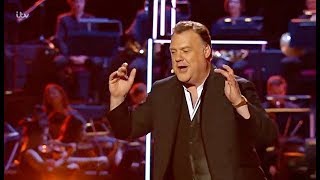 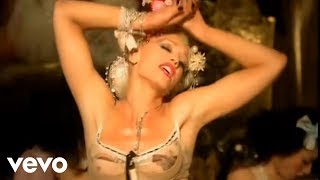 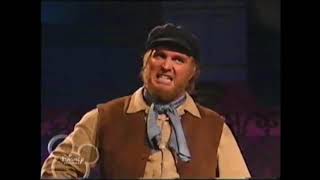 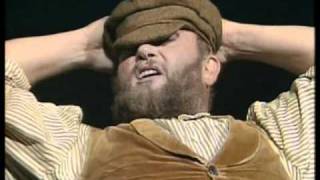 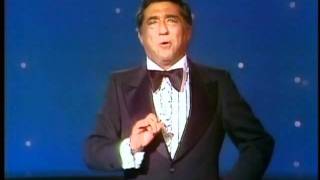 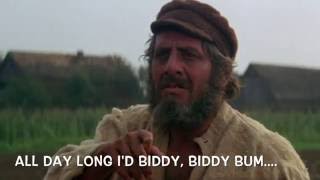 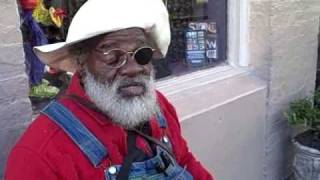 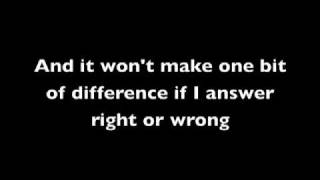