James Lloyd Morrison AM (born 11 November 1962) is an Australian jazz musician. Although his main instrument is trumpet, he has also performed on trombone, tuba, euphonium, flugelhorn, saxophone, clarinet, double bass, guitar, and piano.[1] He is a composer, writing jazz charts for ensembles of various sizes and proficiency levels.[2]

He composed and performed the opening fanfare at the Sydney 2000 Olympic Games.[2] In 2009, he joined Steve Pizzati and Warren Brown as a presenter on Top Gear Australia.[3] At the ARIA Music Awards of 2010 Morrison and a cappella group, The Idea of North, won Best Jazz Album, for their collaboration on Feels Like Spring.[4] In 2012 Morrison was appointed as Artistic Director of the Queensland Music Festival for the 2013 and 2015 festivals.[5] He was inducted into the Graeme Bell Hall of Fame 2013 at the Australian Jazz Bell Awards.[6] In July 2013 he conducted the World's Largest Orchestra in Brisbane's Suncorp Stadium, consisting of 7,224 musicians.[7]

James Lloyd Morrison was born on 11 November 1962 in Boorowa, a rural farming community where his father, George Morrison,[9] was a Methodist minister.[10][11][12] Morrison comes from a musical family: his mother plays alto saxophone, piano, and organ; his sister is a trumpeter, and his older brother, John Morrison, is a jazz drummer.[11][12][13] The family moved to various sites in New South Wales due to his father's ministry before settling in Pittwater.[12] From the age of seven Morrison practised on his brother's cornet.[11]

Morrison attended Mona Vale Primary School and Pittwater High School, then Sydney Conservatorium of Music where he completed a jazz course.[12] At the conservatorium he met Don Burrows, who became his mentor.[12] In 1981, Morrison was a faculty member at his alma mater.[14]

In 1983 James and John Morrison formed the Morrison Brothers Big Bad Band, a 13-piece group. In 1984 the band included James Morrison on trumpet, trombone, and piano, Warwick Alder on trumpet, Peter Cross on trumpet, Paul Andrews on alto saxophone, Tom Baker on alto and baritone saxophones, Jason Morphett on tenor saxophone, Glenn Henrich on vibraphone, Craig Scott on bass, and John Morrison on drums.[15] The band's debut album, A Night in Tunisia, was released in 1984 by ABC Records as part of the Don Burrows Collection.[16] The title track is a jazz standard by Dizzy Gillespie;[16][17] another track, "Burrows Bossa", was written by Morrison.[16] Also that year he backed Burrows on Burrows at the Winery, playing trumpet, slide trumpet, trombone, and flugelhorn.[18] The album was live at Rothbury Estate Winery.[18] Morrison Brothers Big Bad Band used the same venue for their album Live at the Winery.[19]

Association with other musicians

In 1990, he recorded the album Snappy Doo with Ray Brown on double bass, Herb Ellis on guitar, Jeff Hamilton on drums, and Morrison on piano, trumpet, trombone (tenor and bass), saxophone (soprano, alto, tenor, and baritone), and bits of clarinet, flute, flugelhorn, and euphonium. He recorded a sequel, Snappy Too, in 2011 with Hamilton, but Brown and Ellis died in the interim, so Morrison played guitar and bass in addition to all of the other instruments from the first album.[21]

In 1999, he collaborated with Gina Jeffreys and The Idea of North on the song "Blue Christmas", which is included on Jeffreys' album, Christmas Wish.[22] In 2005, he was guest soloist at the 150th anniversary concert of the Black Dyke Band; and in 2009 performed with them as special guest during their Australian tour.[23] In 2007, he again appeared as guest soloist at concerts with the band in Manchester and London. In 2003 he founded the band On the Edge together with the German keyboardist and composer Simon Stockhausen [de], son of Karlheinz Stockhausen.[24] Morrison has a long association with composer and pianist Lalo Schifrin (composer of the theme from Mission: Impossible) and has recorded albums for Schifrin's "Jazz Meets the Symphony" series. These include recordings with the London and the Czech National symphony orchestras.[25][26]

He found his lead vocalist, Emma Pask, at a school concert when she was 16, and she became an internationally renowned jazz singer. Morrison sponsors scholarships for musicians and is involved with youth bands. His association with Generations in Jazz has spanned three decades. He is chairman of this organization which runs one of the largest youth jazz events in the world.[27][28][29]

For a number of years, Morrison has been the presenter of the in-flight jazz radio station for Qantas Airways.[30] In 1994, James presented Behind The Wheel, a motoring television series on Network Ten. Ten saw the benefits of a series like this and commissioned 18 episodes. It aired on a Tuesday night at 7.30pm to an audience of 2.1 million viewers. The pilot episode was produced by Tim Kupsch, Andy Wallace and James Morrison.[2] Unlike Top Gear, the show ideas and script were largely conceived "on the fly" by Morrison and Kupsch.

On 19 December 2008, presenter Charlie Cox announced his departure from Top Gear Australia due to lack of time. Morrison replaced him in the second season[31] alongside Warren Brown and Steve Pizzati. He appeared as the "Star in a Bog-Standard Car" in episode 6 of the first series.

In early 2010 he formed an association with Austrian brass manufacturer Schagerl to produce "signature" models.[32] These include two series - the custom, hand-made "Meister" series and the intermediate professional "Academica" series. There are trumpets and trombones in both series, and the Meister series includes flugelhorn and bass trumpet. His design of a trumpet called "The Raven" uses rotary valves with a long lead pipe usually associated with a piston trumpet.

An instrument project with designer and robotics expert Steve Marshall produced the Morrison Digital Trumpet, a MIDI wind controller that looks like a futuristic version of a typical trumpet. It allows a trumpeter to play electronic sounds in much the same way a pianist can play a synthesizer.[33]

On his collaboration album The Other Woman with singer Deni Hines, he wrote a track called "(Tired of Being) The Other Woman". When Morrison performed this track at a performance in Sydney, he revealed his latest piece of music technology. It is a Roland keyboard (VP770) that has a microphone attached and 'sings' whatever Morrison speaks into the microphone, producing the sound of a choir.[28][29]

Morrison played the wrong Spanish national anthem at the Davis Cup final in Australia in 2003.[34] Instead of playing the current anthem, "Marcha Real", he performed the "Himno de Riego", not heard since the Second Republic era (1931-1939),[35] causing the enraged Spanish Secretary of State for Sport to walk out in anger. Morrison later revealed he had mistakenly learned the incorrect tune due to being given the wrong sheet music. Fortunately an official quickly found a CD of the correct anthem, placating the Spanish and allowing the match to proceed.

James Morrison met Judi Green, the 1987 Miss Australia winner, at a barbecue before both participated in a celebrity race at the Adelaide Grand Prix.[9] The couple married in 1988.[9][36]

On 9 June 1997 James Morrison was appointed a Member of the Order of Australia with a citation "for service to music, particularly jazz, and the sponsorship of young musicians".[37] At the ARIA Music Awards of 2010 Morrison and the a capella group, The Idea of North, won Best Jazz Album, for their collaboration, Feels Like Spring.[38] Morrison was nominated in the same category in 1992 for Manner Dangerous, 1993 for Two the Max (with Ray Brown), 2002 for Scream Machine, 2008 for The Other Woman (with Deni Hines), and 2012 for Snappy Too.[38] On 2 May 2013, at the Australian Jazz Bell Awards, Morrison was inducted into the Graeme Bell Hall of Fame.[39] 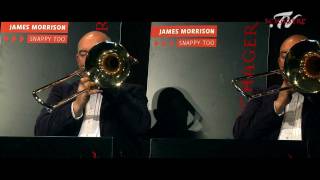 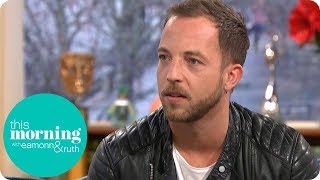 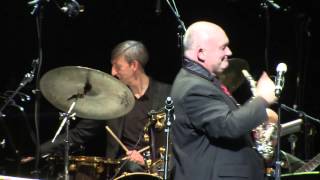 WHY DO I MAKE MUSIC? with James Morrison at Happiness & Its Causes 2018
Watch   Add to List   Share 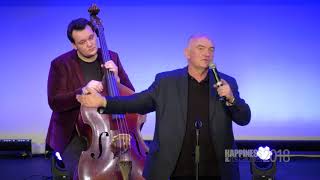 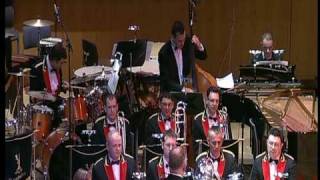 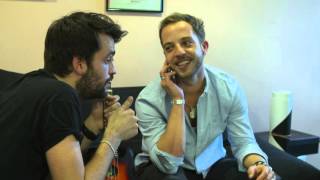 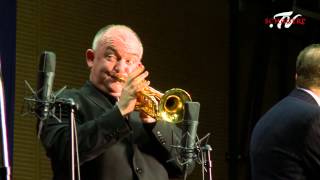 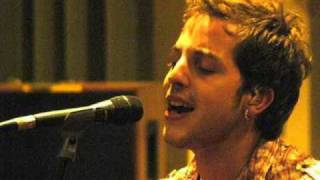 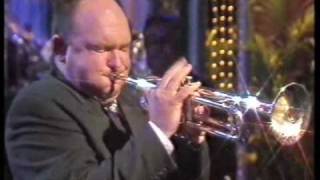 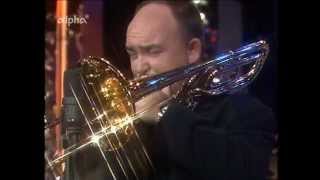 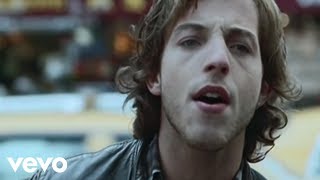 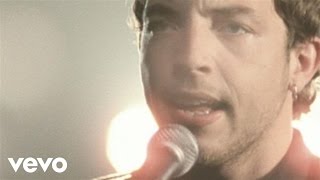 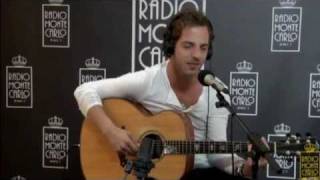 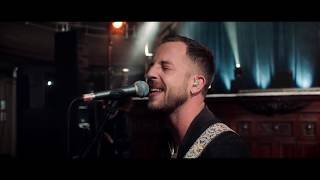 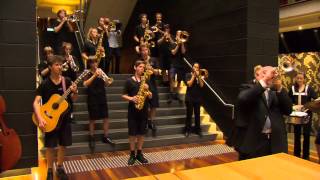 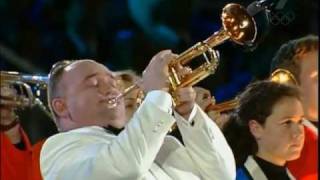 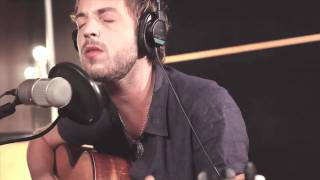 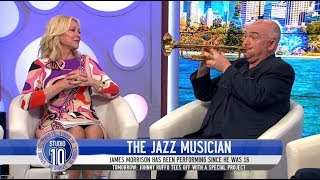