Jonesboro is the home to Arkansas State University and the cultural and economic center of Northeast Arkansas.

The Jonesboro area was first inhabited for thousands of years by indigenous peoples. At the time of European encounter, historic tribes included the Osage, the Caddo, and the Quapaw.[6] The name of the state of Arkansas comes from the Quapaw language.[6] French and Spanish traders and trappers had relations with these groups.

After the United States acquired this territory in the Louisiana Purchase of 1803, American settlers eventually made their way to the area where Jonesboro is located. They began exploring, hunting, trapping, and trading with the local Indian tribes. A permanent settlement of Jonesboro was set up shortly after 1815.

In 1859, land was taken from nearby Greene, Mississippi, and Poinsett counties and was used to form Craighead County. Jonesboro was designated as the original county seat. As the population increased in the west of the county, Lake City was named as the second seat.[7] Jonesboro had 150 residents in 1859. It was named after State Senator William A. Jones[8] in recognition of his support for the formation of Craighead County. Originally spelled Jonesborough, the city name was later shortened to its present-day spelling. The Bell House is one of twelve Jonesboro sites listed on the National Register of Historic Places.

During the late 19th century, the city tried to develop its court system and downtown infrastructure. Shortly after the city was named county seat, the highest point in Jonesboro was identified and a courthouse was planned for construction. This was delayed for several years, for the locals did not want to ruin their deer hunting. The first courthouse was finally completed but was destroyed by a fire in 1869. A store across from this site was rented and used as a courthouse. It was destroyed in an 1876 fire. Another building was constructed on the same site, but it fell to a fire in 1878, a major one that destroyed most of downtown Jonesboro. Soon afterward, another courthouse was constructed; it was replaced by the present courthouse in 1934.

The St. Louis Southwestern Railway, known as the Cotton Belt Railroad was constructed through Jonesboro, with its tracks passing just north of the center of the city. During the first train's journey, it became stuck and supplies had to be carried into town.[6] It connected St. Louis to points in Arkansas and Texas. Other major railways began to construct tracks to and from Jonesboro, including the St. Louis-San Francisco Railway and Missouri Pacific Railroad. Some of the rail companies still own and use the tracks that run through Jonesboro.

The city set up the Jonesboro School District in 1899.[9] In 1900, St. Bernard's Regional Medical Center was established by the Olivetan Benedictine Sisters.[10] The Grand Leader Department Store, the first department store in the city, was opened in 1900. Woodland College and two schools within the Jonesboro School District were opened in 1904. Arkansas State College (now Arkansas State University) was established in 1909,[11] a year in which the first horseless carriages were driven in the city. There is a recording on a Sanborn Fire Insurance Map dating back to March 1897 of a Presbyterian Church existing at the corner of Church St. and Monroe, and a Christian church located at the corner of Union and Huntington Ave. Other early churches of the city were started in the 1910s. First Baptist Church was founded in 1911, and First Methodist Church in 1916.

On September 10, 1931, Governor Harvey Parnell authorized the Arkansas National Guard to be deployed in Jonesboro to quell the Church War, a clash between the followers of Joe Jeffers and Dow H. Heard, the pastor of the First Baptist Church of Jonesboro. Jeffers' supporters also attacked the mayor and police chief, resulting in front-page coverage of the incident in The New York Times.

The Jonesboro Lynching of 1881 took place at midnight on March 12. The Decatur Daily Republican reported that four black men--Green Harris (sometimes referred to as Hawes), Giles Peck, John Woods (sometimes referred to as Jud Woods), and Burt Hoskins (sometimes referred to as Haskins)--had been arrested and tried before magistrates Jackson and Akers at New Haven Church, eight miles north of Jonesboro. The hearing, which found that the men were guilty, was attended by several hundred people. According to this and several other reports, the accused made a complete confession. The magistrates bound them over to the grand jury, and they were ordered taken to the jail in Jonesboro. The hour being late, however, it was decided to hold them overnight in the church under a strong guard. The large crowd gradually dispersed, "muttering threats of vengeance."

Around midnight, between 200 and 300 masked men surrounded the church, overpowered the guards, and broke in the doors and windows. They seized the accused, dragged them to a tree about 200 yards away, and hanged them. Once again, the crowd dispersed, "leaving the bodies of their victims dangling in the air and presenting a horrible spectacle in the moonlight." According to the Republican, "The crime and punishment form one of the blackest pages in the annals of the state."Encyclopedia of Arkansas

In the 2007-2008 school year the Jonesboro Public School District elementary schools were reclassified as magnet schools.[14]

A flock of Canada geese at Craighead Forest Park

It is the principal city of the Jonesboro, Arkansas Metropolitan Statistical Area.

There were 26,111 households, out of which 30.1% had children under the age of 18 living with them, 48.9% were married couples living together, 12.2% had a female householder with no husband present, and 35.4% were non-families. There are 878 unmarried partner households: 776 heterosexual, 50 same-sex male, and 52 same-sex female households. 27.5% of all households were made up of individuals, and 9.0% had someone living alone who was 65 years of age or older. The average household size was 2.47 and the average family size was 2.93.

In 2004 the Arkansas Game and Fish Commission opened the 160-acre Forrest L. Wood Crowley's Ridge Nature Center in south Jonesboro, adjacent to Craighead Forest Park. The center includes exhibits on the origins and history of the Ridge, wildlife, educational models and displays, land and water features, hiking trails, an observation tower and an auditorium.

Located on the ASU campus, the Arkansas State University Museum is accredited by the American Association of Museums and features 21,000 square feet of historic, archaeological, and natural history exhibits. The museum focuses on the history and cultural heritage of Northeast Arkansas and the Mississippi River Delta region. Entrance into The Mall at Turtle Creek

The Mall at Turtle Creek, opened in 2006, is the largest mall in northeast Arkansas. It was the only enclosed mall opened in the United States that year[20] On March 29, 2020, much of the mall was destroyed during an EF-3 tornado. Before the opening of the mall, Indian Mall was the primary shopping destination in northeast Arkansas. In 2012, Indian Mall, named for the former mascot of Arkansas State University, was demolished. The only store to remain in its original location was Sears.

In 2012, Kiplinger's Personal Finance ranked Jonesboro ninth of the "10 Best Cities for Cheapskates".[21] There are six public school districts operating within the city limits of Jonesboro:[23]

The region is served by the Jonesboro Municipal Airport. Scheduled commercial flights between Jonesboro and St. Louis Lambert International Airport, are offered daily by Air Choice One.

The city is served by the Jonesboro Economic Transit System (JETS). As of 2011, JETS operates three fixed routes, as well as para-transit service for disabled persons. 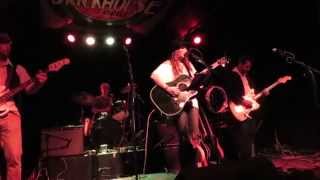 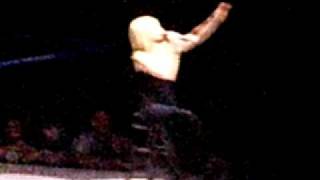 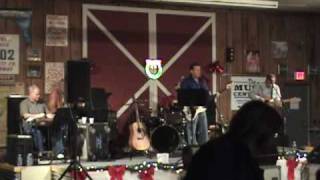 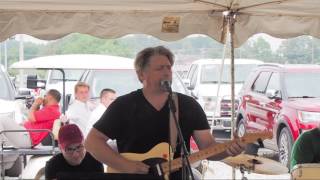 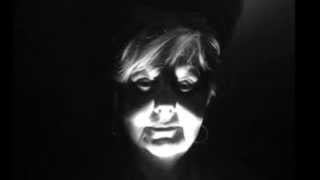 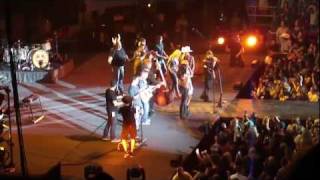 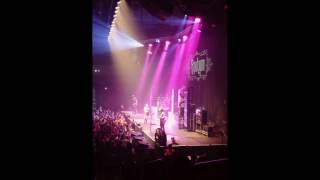 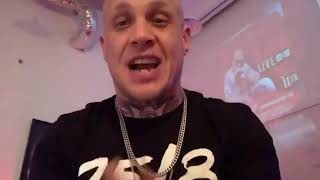 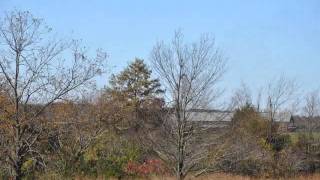 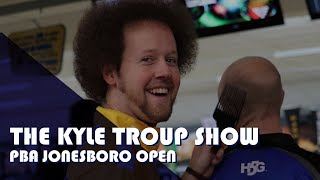 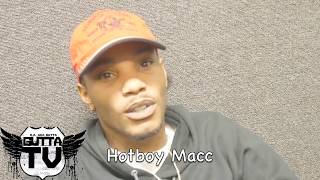 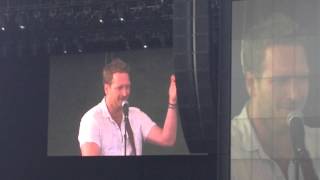 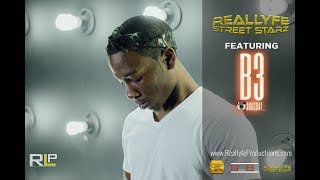 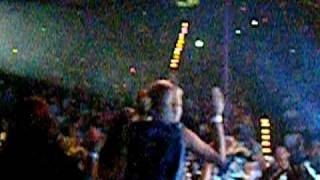 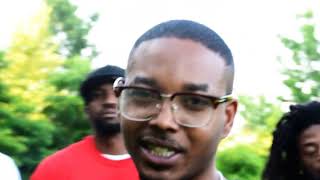 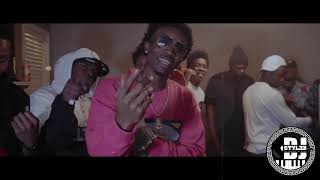 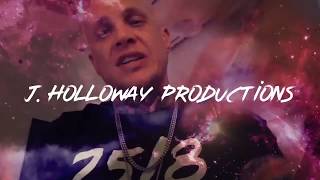 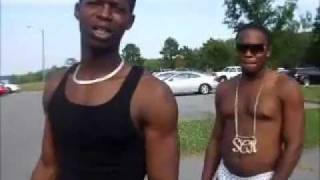 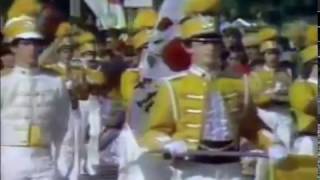