Kansas City, abbreviated as "KCK", is the third-largest city in the State of Kansas, the county seat of Wyandotte County, and the third-largest city of the Kansas City metropolitan area.[1] The city formed as a streetcar suburb of Kansas City, Missouri, after which it is named.[5][6] It is situated at Kaw Point, the junction of the Missouri and Kansas rivers. It is part of a consolidated city-county government known as the "Unified Government". Wyandotte County also includes the independent cities of Bonner Springs, Edwardsville, a portion of Lake Quivira, and the unincorporated area known as Loring. As of the 2010 census, the city had a population of 145,786 residents.[7]

In October 1872, "old" Kansas City, Kansas, was incorporated. The first city election was held on October 22 of that year, by order of Judge Hiram Stevens of the Tenth Judicial District, and resulted in the election of Mayor James Boyle. The mayors of the city after its organization were James Boyle, C. A. Eidemiller, A. S. Orbison, Eli Teed and Samuel McConnell. In June 1880, the Governor of Kansas proclaimed the city of Kansas City a city of the second class with Mayor McConnell present.

In March 1886, "new" Kansas City, Kansas, was formed through the consolidation of five municipalities: "old" Kansas City, Armstrong, Armourdale, Riverview, Wyandotte. The oldest city of the group was Wyandotte, which was formed in 1857 by Wyandot Native Americans and Methodist missionaries.[8]:370, 384, 388

As with adjacent Kansas City, Missouri, the percentage of the city's most populous ethnic group, non-Hispanic whites, has declined from 76.3% in 1970 to 40.2% in 2010.[10][11] In 1997, voters approved a proposition to unify the city and county governments creating the Unified Government of Wyandotte County.[12] Neighborhoods of Kansas City, Kansas, include the following:[]

Kansas City lies in the Midwestern United States, as well as near the geographic center of the country, at the confluence of the longest river in the country, the Missouri River, and the Kansas River (also known as the Kaw River). The city lies in the Humid continental climate (Köppen Dfa) zone, with four distinct seasons, and moderate precipitation, and is part of USDA plant hardiness zones 5b and 6a[14] Being located in the center of North America, far removed from a significant body of water, there is significant potential for extremes of hot and cold swings in temperature throughout the year. Unless otherwise stated, normal figures below are based on data from 1981 to 2010 at Downtown Airport. The warmest month of the year is July, with a 24-hour average temperature of 81.0 °F (27.2 °C). The summer months are hot, but can get very hot and moderately humid, with moist air riding up from the Gulf of Mexico. High temperatures surpass 100 °F (38 °C) on 5.6 days of the year, and 90 °F (32 °C) on 47 days.[15][16] The coldest month of the year is January, with an average temperature of 31.0 °F (-0.6 °C). Winters are cold, with 22 days where the high is at or below the freezing mark and 2.5 nights with a low at or below 0 °F (-18 °C).[15] The official record maximum temperature is 113 °F (45 °C), set on August 14, 1936, at Downtown Airport, while the official record minimum temperature is -23 °F (-31 °C), set on December 22 and 23, 1989.[15] Normal seasonal snowfall is 13.4 inches (34 cm) at Downtown Airport and 18.8 in (48 cm) at Kansas City International Airport. The average window for freezing temperatures is October 31 to April 4, while for measurable (0.1 in or 0.25 cm) snowfall, it is November 27 to March 16 as measured at Kansas City International Airport. Precipitation, both in frequency and total accumulation, shows a marked uptick in late spring and summer.

Kansas City is situated on the edge of the "Tornado Alley", a broad region where cold air from the Rocky Mountains in Canada collides with warm air from the Gulf of Mexico, leading to the formation of powerful storms especially during the spring. A few areas of the Kansas City Metropolitan Area have had some severe outbreaks of tornadoes at different points in the past, including the Ruskin Heights tornado in 1957,[17] The Tornado Outbreak Sequence of May 2019 and the May 2003 tornado outbreak sequence. The region can also fall victim to the sporadic ice storm during the winter months, such as the 2002 ice storm during which hundreds of thousands lost power for days and (in some cases) weeks.[18] Kansas City and its outlying areas are also subject to flooding, including the Great Flood of 1993 and the Great Flood of 1951.

The racial composition of Kansas City, Kansas, as of 2010, was as follows: Bureau of Labor Statistics data shows that employment in Wyandotte County, Kansas increased 4% from March 2011 to March 2012. The sharp rise in the number of workers resulted in Wyandotte County ranking 19th in the nation and 1st in the Kansas City metropolitan area for job growth as of September 28, 2012.[28]

Kansas City is the home to the General Motors Fairfax Assembly Plant, which manufactures the Chevrolet Malibu and the Buick LaCrosse. The Federal Bureau of Prisons maintains its North Central Region Office in the city.[29] In addition, Associated Wholesale Grocers and Kansas City Steak Company are based within the city. The largest employer is the University of Kansas Hospital. The adjoining University of Kansas Medical Center, including the schools of medicine, nursing, and allied health, is also among the city's largest employers (with a student population of about 3,000).

Village West is a business and entertainment district located at the intersection of Interstates 70 and 435. Anchored by the Kansas Speedway, tenants include Hollywood Casino,[30]The Legends At Village West, Cabela's, Nebraska Furniture Mart, Great Wolf Lodge, T-Bones Stadium, the home stadium of the Kansas City Monarchs of the American Association, and Children's Mercy Park, the home stadium of the Sporting Kansas City Major League Soccer franchise. Schlitterbahn Vacation Village, a 370-acre (1.5 km2) resort and waterpark, opened across I-435 from Village West in June 2009, however it has been closed since the end of the 2018 season.

On March 30, 2011, Google announced that Kansas City had been selected as the site of an experimental fiber-optic network that it would build at no cost to the city. Kansas City was chosen from a field of 1,100 U.S. communities that had applied for the network. The network became operational in 2012.[32]Piper, Kansas, became the first full community in the nation (based on actual residential votes and pre-registration counts) to have residential broadband internet network infrastructures using fiber-optic communication of 1Gbit/s download and upload speeds provided by Google Fiber.[33]

According to the City's 2013 Comprehensive Annual Financial Report,[34] the largest employers in the city are:

Kansas City, Kansas, has a consolidated city-county government in which the city and county have been merged into one jurisdiction. As such, it is simultaneously a city, which is a municipal corporation; and a county, which is an administrative division of a state. The Kansas Legislature passed enabling legislation in 1997 and voters approved the consolidation proposal the same year.

The Kansas City, Kansas Police Department was founded in 1898. By 1918, the department had begun taking photographs and fingerprints of all the felons its officers had arrested.

The Kansas City, Kansas Fire Department was founded on December 25, 1883. The fire department is part of the Firefighter's Relief Association and the International Association of Fire Fighters. IAFF Local 64 is a charter member and was organized on February 28, 1918. The department has 18 fire stations in the city, and covers an area of approximately 127 square miles. The department also has specialty teams including heavy rescue, hazardous materials, foam team, water rescue, tactical medic, trench rescue, high angle/rope rescue, and technical urban search and rescue. The fire department has four public service programs: a citizens assist program, fire prevention, safe place, and a smoke detector program.

Of the statistics available in 2000 based on data collected by the Federal Bureau of Investigation (FBI) as part of its Uniform Crime Reporting Program, which represent from arrests made by State and local law enforcement agencies as reported to the FBI, there were a total of 696 incidents.[35]

River transportation was important to early Kansas City, Kansas, as its location at the confluence of the Missouri and Kansas Rivers afforded easy access to trade. Kansas City Area Transportation Authority provides transportation for 60k riders daily. A portion of I-70 was the first project in the United States completed under the provisions of the new Federal-Aid Highway Act of 1956 (though not the first constructed or to begin construction). Interstate 70 as it enters Kansas, crossing the Kansas River (2010)

Kansas City, Kansas, has a number of buildings that are listed on the National Register of Historic Places. The city is home to the Roman Catholic Archdiocese of Kansas City in Kansas, which covers 12,500 square miles (32,000 km2) in eastern Kansas.

Memorial Hall is a 3,500-seat indoor arena/auditorium located in the city's downtown. The venue, which has a permanent stage, is used for public assemblies, concerts and sporting events. In 1887, John G. Braecklein constructed a Victorian home for John and Margaret Scroggs in the area of Strawberry Hill. It is a fine example of the Queen Anne style architecture erected in Kansas City, Kansas. The Rosedale Arch, dedicated to the men of Kansas City, Kansas, who served in World War I, is a small-scale replica of France's famous Arc de Triomphe. It is located on Mount Marty in Rosedale, overlooking the intersection of Rainbow and Southwest Boulevards.

Wyandotte High School is a public school building located at 2501 Minnesota Avenue. Built in 1936 as a Works Progress Administration project, the school was later designated as a Historical Landmark by the city in 1985 and placed on the National Register of Historic Places on April 30, 1986. In 1889, the Wyandotte County Museum and Historical Society was established as a permanent repository of the county's history.[37] The Argentine Carnegie Library, the only Carnegie library that exists in the metropolitan area, was built in 1917.[38] The library has moved the collections and staff from Argentine to the new South Branch, at 3104 Strong Ave., a few blocks to the west and north, which opened Sep 26, 2012. The library has turned over the building to the Kansas City, Kansas USD 500.[39]

Kansas City, Kansas is served by the Kansan, a daily newspaper which ceased its print publication and became an online-only paper in 2009. Newspapers serving the city's suburbs include The Record (serving Turner, Argentine and Rosedale), Piper Press (serving Piper) and The Wyandotte West (weekly publication for western Wyandotte County).

Weekly newspapers include alternative publication The Pitch, faith-oriented newspaper The Kansas City Metro Voice, The Wyandotte Echo (which focuses on legal news), The Call (which is focused on the African-American community),[59] business newspaper Kansas City Business Journal and the bilingual publication Dos Mundos.

The Major League Soccer franchise Sporting Kansas City (which was originally known as the Kansas City Wiz for its inaugural year in 1996 and the Kansas City Wizards from 1997 to 2010) currently plays its home games at Children's Mercy Park in the Village West district. The team originally planned to move to Trails Stadium, a planned stadium facility in Kansas City, Missouri, in 2011, but the project was scuttled in 2009. The developer of the planned venue moved the project to the Village West area, near CommunityAmerica Ballpark, and received the needed approvals in January 2010.

FC Kansas City was a professional women's soccer club based in Kansas City, Kansas, it ceased operations in 2017. Established in 2012, the team began play in the National Women's Soccer League in 2013 and won the championship in 2014 after defeating Seattle Reign FC on August 31. The team played their first season in nearby Overland Park.

The Kansas Speedway is an auto racetrack adjacent to the Village West area in western Wyandotte County. The speedway, which is used for races that are part of the NASCAR Sprint Cup and other racing series, is a 1.5 miles (2.4 km) tri-oval with turns which bank at a 15° angle. The track held its first race on June 2, 2001, when the Winston West series contested the Kansas 100. The top-level NASCAR Sprint Cup series holds the annual Hollywood Casino 400 at the track. The IZOD IndyCar Series previously had run the RoadRunner Turbo Indy 300 from 2001 to 2010; with IndyCar driver Scott Dixon setting the overall lap record for all series. 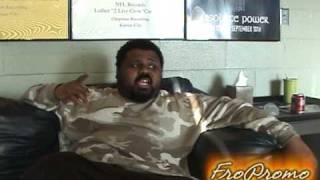 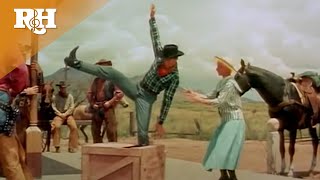 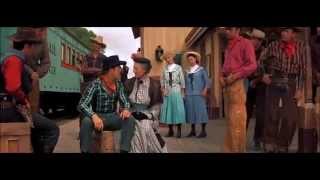 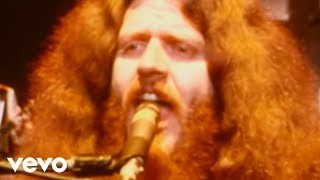 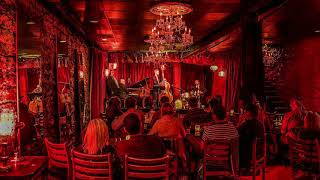 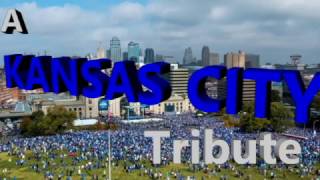 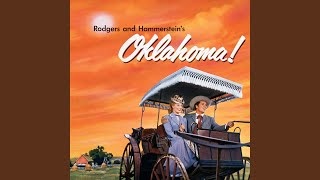 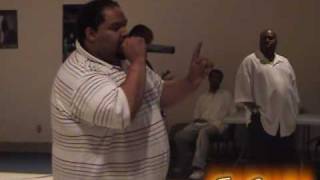 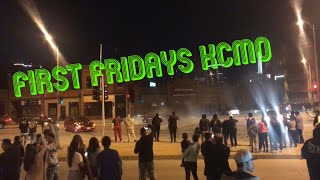 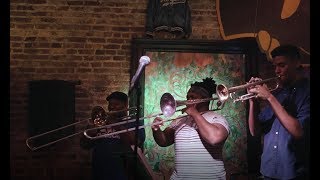 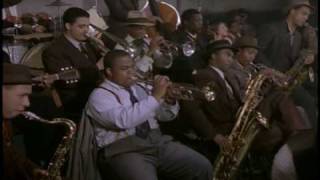 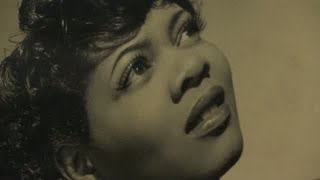 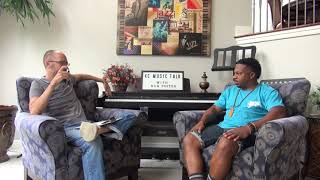 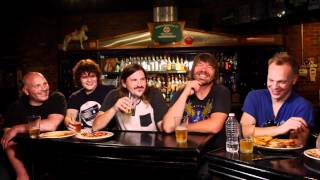 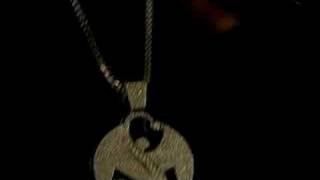 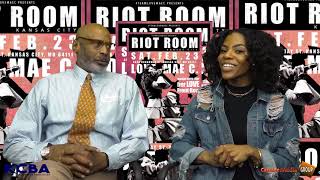 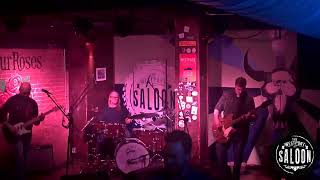