Kaskaskia is a village in Randolph County, Illinois. Having been inhabited by indigenous peoples, it was settled by France as part of the Illinois Country. Its population peaked at about 7,000 in the 18th century, when it was a regional center. During the American Revolutionary War, the town, which by then had become an administrative center for the British Province of Quebec, was taken by the Virginia militia during the Illinois campaign. It was designated as the county seat of Illinois County, Virginia, after which it became part of the Northwest Territory in 1787. Kaskaskia was later named as the capital of the United States' Illinois Territory, created on February 3, 1809. In 1818, when Illinois became the 21st U.S. state, the town briefly served as the state's first capital until 1819, when the capital was moved to more centrally located Vandalia.

Most of the town was destroyed in April 1881 by flooding, as the Mississippi River shifted eastward to a new channel, taking over the lower 10 mi (16 km) of the Kaskaskia River. This resulted from deforestation of the river banks during the 19th century, due to crews taking wood for fuel to feed the steamboat and railroad traffic. The river now passes east rather than west of the town. The state boundary line, however, remained in its original location. Accordingly, if the Mississippi River is considered to be a break in physical continuity, Kaskaskia is an exclave of Illinois, lying west of the Mississippi and accessible only from Missouri. A small bridge crosses the old riverbed, now a creek that is sometimes filled with water during flood season.

In the 2010 United States Census the population was 14, making it the second least populous incorporated community in Illinois behind Valley City, which had a population of 13.[3] Kaskaskia has an Illinois telephone area code (618) and a Missouri ZIP Code (63673). Its roads are maintained by Illinois Department of Transportation, and its few residents vote in Illinois elections. The town was evacuated in the Great Flood of 1993, which covered it with water more than nine feet deep.

The site of Kaskaskia near the river was long inhabited by varying Native American indigenous peoples for thousands of years. The historic Illini peoples lived in this area at the time of European encounter and traded with the early French colonists.

French colonists named the town after the Illini word for the Kaskaskia River. Historically it was referred to with many spelling variations, as Kasklas, Kaskasky, Cas-caskias, Kasquskias, and Kaskaskias. In 1703, French Jesuit missionaries established a mission with the goal of converting the Illini Native Americans to Catholicism. The congregation built its first stone church in 1714. The French also had a fur trading post in the village.[4]Canadien settlers moved in to farm and to exploit the lead mines on the Missouri side of the river.

Favorably situated on a peninsula on the east side of the Mississippi River, Kaskaskia became the capital of Upper Louisiana and the French built Fort de Chartres nearby in 1718. In the same year they imported the first enslaved Africans, shipped from Santo Domingo in the Caribbean, to work as laborers in the lead mines being developed in Missouri.[5][6]

From the years of early French settlement, Kaskaskia was a multicultural village, consisting of a few French men and numerous Illinois and other American Indians. In 1707, the population of the community was estimated at 2,200, the majority of them Illinois who lived somewhat apart from the Europeans. Writing of Kaskaskia about 1715, a visitor said that the village consisted of 400 Illinois men, "good people;" two Jesuit missionaries, and "about twenty French voyageurs who have settled there and married Indian women."[7] Of 21 children whose birth and baptism was recorded in Kaskaskia before 1714, 18 had mothers who were Indian and 20 had fathers who were French. One devout Catholic full-blooded Indian woman disowned her mixed-race son for living "among the savage nations," as she referred to the French.[8]

Many of the Canadiens and their descendants at Kaskaskia became voyageurs and coureurs des bois, who would explore and exploit the Missouri River country for fur trading. The Canadiens had the goal of trading with all the Prairie tribes, and beyond them, with the Spanish colony in New Mexico. The Spanish intended to keep control of the latter trade. The Canadien goals stimulated the expedition of Claude Charles Du Tisne to establish trade relations with the Plains Indians in 1719. The bell donated by Louis XV, later called the "Liberty Bell of the West"

King Louis XV sent a bell to Kaskaskia in 1741 for its church, one of several constructed there.[9] During the years of French rule, Kaskaskia and the other agricultural settlements in the Illinois Country were critical for supplying Lower Louisiana, especially New Orleans, with wheat and corn, as these staple crops could not be grown in the Gulf climate. Farmers shipped tons of flour south over the years, which helped New Orleans survive.

The French settlers raised Fort Kaskaskia around 1759; the fort stood atop the bluff that looked down upon the frontier village.[1] "Fort Kaskaskia" is not technically a "fort", but an earthen redoubt. Frontier settlers throughout Woodland North America often built such redoubts as defensive moves during times of threat from Native Americans.

In 1763, the French ceded the Illinois country, including Kaskaskia and the redoubt, to Great Britain. The British did not use the redoubt and left Kaskaskia almost defenseless. Kaskaskia continued to exist as a French-speaking village on the Mississippi River frontier. Rather than live under British rule after France ceded the territory east of the river, many French-speaking people from Kaskaskia and other colonial towns moved west of the Mississippi to Ste. Genevieve, St. Louis, and other areas.

During one of the westernmost military campaigns of the American Revolution, the city fell on July 4, 1778, to George Rogers Clark and his force of 200 men, including Captains Joseph Bowman and Leonard Helm. The parish rang the church bell in celebration, and it has since been called the "liberty bell". The brick church was built in 1843 in the squared-off French style and later moved to the restored village of Kaskaskia.[9] As a center of the regional economy, Kaskaskia served as the capital of Illinois Territory from 1809 until statehood was gained in 1818, and then as the state capital until 1819. The first Illinois newspaper, the Illinois Herald, was published here on June 24, 1814.[10]

The city's peak population was about 7,000, before the capital was moved in 1819 to Vandalia. Although the introduction of steamboats on the Mississippi River stimulated the economies of river towns, in the 19th century, their use also had devastating environmental effects. Deforestation of the river banks followed steamboat crews' regular cutting of trees, which were used to feed the engine boiler fires as fuel to power the steamboats. River banks, through rapid, man-made erosion, became unstable, causing massive amounts of soil to collapse into the flowing water.[11]

From St. Louis to the confluence of the Ohio River, the Mississippi became wider and more shallow, resulting in more severe seasonal flooding. In the late 19th century, the town was cut off from the Illinois mainland and mostly destroyed by repeated flooding and a channel change by the Mississippi River. Much of the former property of Kaskaskia and other French colonial towns on the river has been lost.[11] Following the Great Flood of 1844, residents of Kaskaskia relocated the town to the south. The original location of Kaskaskia became an island, surrounded by the Mississippi River. The flood of 1881 destroyed all remnants of the original town and the Mississippi shifted into the channel of the Kaskaskia River, passing east instead of west of the town.

Parts of the town were rebuilt in the new area. As the Mississippi continued to flow through its new bed, earth was deposited so that the village land became physically attached to the west bank of the river, which primarily lies within the boundaries of the state of Missouri. Now a bayou, the old channel is regularly flooded by the river. A small bridge carries traffic from the mainland over the bayou to Kaskaskia and its surrounding farmlands in the floodplain. A levee lines the river to the east. In 1893 the people of the town moved and rebuilt the Church of the Immaculate Conception at Kaskaskia. They also built a shrine in a similar style nearby to house the "liberty bell."[9]

By 1950, only 112 people lived in Kaskaskia. By 1970, the population had fallen to 79, and it continued its precipitous decline to 33 in 1980. The town was submerged under nine feet of water by the Great Flood of 1993, which reached the roofs of the buildings. By 2000, with nine residents, Kaskaskia was almost a ghost town, the least populous incorporated community in the State of Illinois.

There were four households, none of which had children under the age of 18 living with them. Two were married couples living together, one had a female householder with no husband present, and one was a non-family. One household was made up of individuals, and one had someone living alone who was 65 years of age or older. The average household size was 2.25 and the average family size was 2.67. 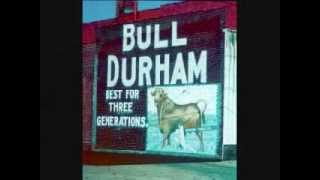 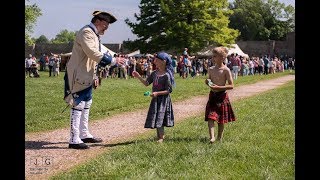 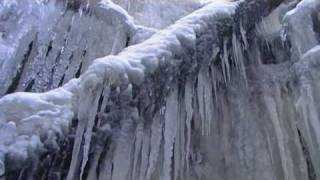 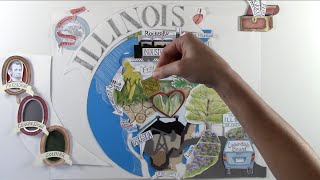 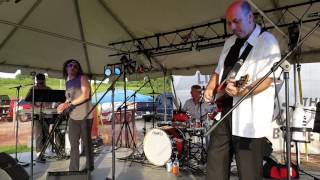 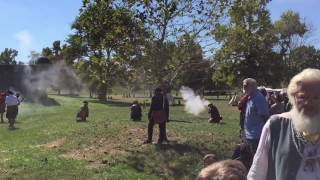 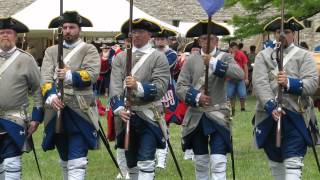 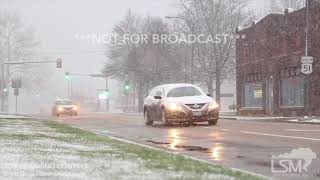 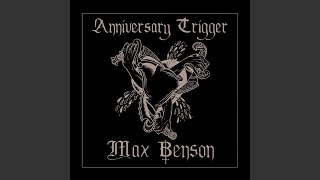 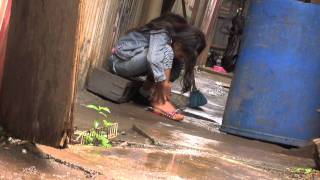 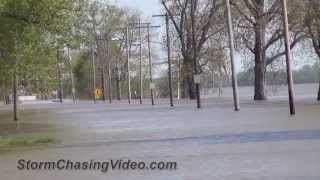 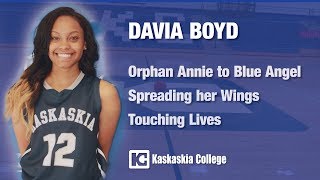 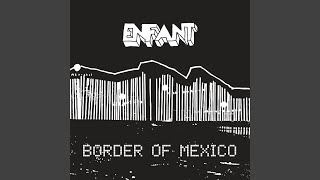 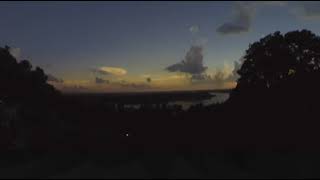 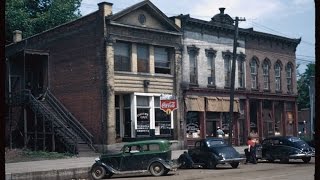 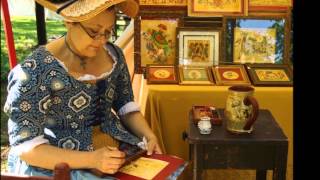 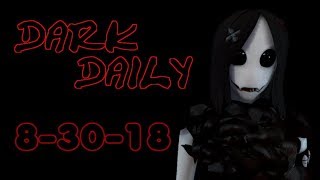