Kinnelon is home to Smoke Rise, an upscale private gated community that describes itself as one of the oldest gated communities in the United States. It includes more than 900 unique homes located on 2,500 acres (1,000 ha) in addition to Lake Kinnelon.[23]

Once known as Charlotteburg (named after Charlotte, wife of King George III of Great Britain), Kinnelon was formed as a borough by an act of the New Jersey Legislature on February 20, 1922, from portions of Pequannock Township, based on the results of a referendum passed on March 21, 1922.[20][21][22]

By the 1880s Francis Kinney, a 19th-century industrialist who founded Kinney Brothers Tobacco Company built an estate that dates back to 1884. Kinney purchased upwards of 5,000 acres (20 km2) of land and built a colossal "summer cottage" known as Smoke Rise. The name (Smoke Rise) is a translation of the Pequannock Indian name for the mountainous area, where a heavy mist often rises at sunset. His son, Morris Kinney, for whom the borough of Kinnelon was named 41 years later, lived most of his life on the estate.

Upon Morris Kinney's death in 1945, he left the estate to longtime friend John Talbot, Sr., former mayor of the borough, and a founder of the Chilton Memorial Hospital, Pompton Plains (John Talbot, Sr. was a real estate developer in New York City and a patron of the arts and was credited with the revival of ballet as a major art form in the United States in the 1930s), as a tribute to their lifetime friendship and mutually shared love of Smoke Rise.

Following the Second World War, the need for suburban housing became evident, John Talbot, Sr., went on to create The Smoke Rise Club, one of the earliest community club plans in the United States. Unlike so many developers, he insisted that the land be kept in its natural state as far as possible.[27] When friends asked to purchase land on the estate to build homes, Talbot decided to develop a planned community designed primarily to serve New York corporation executives. The Smoke Rise Club was the result in November 1946.

The borough is home to Silas Condict County Park, which covers 1,000 acres (400 ha) and was dedicated in 1964.[28]Tripod Rock is located in Kinnelon's Pyramid Mountain Natural Historical Area, portions of which are located in the borough.[29] Its largest lake is Lake Kinnelon, which is within Smoke Rise, a private gated community of 900 homes located on 3,000 acres (1,200 ha).[23]

Splitrock Reservoir is 625 acres (2.53 km2) of wilderness, located on the borders of Kinnelon and Rockaway Township.[31]

The highest mountain in Kinnelon is Kitty Ann Mountain. Located in Smoke Rise, the mountain offers views of northern New Jersey at an elevation of 1,140 feet (350 m) from the Smoke Rise Tower.[32]

Portions of the borough are owned by the City of Newark, Essex County, for their Pequannock River Watershed, which provides water to the city from an area of 35,000 acres (14,000 ha) that also includes portions of Hardyston Township, Jefferson Township, Rockaway Township, Vernon Township and West Milford.[33][34] The Kittatinny Valley on top of frozen Kinnelon Lake, next to Kitty Ann Mountain, which reaches 1,152 feet (351 m) in height

Kinnelon is governed under the Borough form of New Jersey municipal government, which is used in 218 municipalities (of the 565) statewide, making it the most common form of government in New Jersey.[46] The governing body is comprised of a Mayor and a Borough Council, with all positions elected at-large on a partisan basis as part of the November general election. A Mayor is elected directly by the voters to a four-year term of office. The Borough Council is comprised of six members elected to serve three-year terms on a staggered basis, with two seats coming up for election each year in a three-year cycle.[6] The Borough form of government used by Kinnelon is a "weak mayor / strong council" government in which council members act as the legislative body with the mayor presiding at meetings and voting only in the event of a tie. The mayor can veto ordinances subject to an override by a two-thirds majority vote of the council. The mayor makes committee and liaison assignments for council members, and most appointments are made by the mayor with the advice and consent of the council.[47][48]

In January 2017, Glenn Sisco was selected from three candidates nominated by the Republican municipal committee and appointed to fill the council seat expiring in December 2017 that had been held by Adam N. Barish; Sisco, served on an interim basis until the November 2017 general election.[56] Sisco served as the mayor of Kinnelon for 42 years, making him one of the longest-serving mayors in the state of New Jersey.[57]

In March 2016, the Borough Council unanimously selected William Neely from three candidates nominated by the Republican municipal committee to fill the seat expiring in December 2016 that had been held by Stephen Cobell until his resignation the previous month after nearly 12 years in office; Neely will serve on an interim basis until the November 2016 general election, when voters will choose a candidate to serve the balance of the term of office.[58]

Selected by a 3-2 majority of the borough council from among three potential candidates, Clifford Giantonio was sworn into office in April 2014 to fill the vacant seat of Ronald Mondello, who had resigned in the previous month citing personal and work conflicts.[59]

Kinnelon is located in the 11th Congressional District[60] and is part of New Jersey's 26th state legislative district.[9][61][62]

For the 2018-2019 session (Senate, General Assembly), the 26th Legislative District of the New Jersey Legislature is represented in the State Senate by Joseph Pennacchio (R, Rockaway Township) and in the General Assembly by BettyLou DeCroce (R, Parsippany-Troy Hills) and Jay Webber (R, Morris Plains).[67][68]

Tayfun Selen was elected by a county Republican convention to the vacant seat of Heather Darling, who was elected Morris County Surrogate in 2019. He will serve the remainder of her term which ends in 2020.[79]

Pursuant to Article VII Section II of the New Jersey State Constitution, each county in New Jersey is required to have three elected administrative officials known as "constitutional officers." These officers are the County Clerk and County Surrogate (both elected for five-year terms of office) and the County Sheriff (elected for a three-year term).[80] As of 2020[update], they are County Clerk Ann F. Grossi (R, Parsippany, 2023),[81] Sheriff James M. Gannon (R, Boonton Township, 2022)[82] and Surrogate Heather Darling (R, Roxbury, 2024).[83]

The Kinnelon Public Schools serves students in pre-kindergarten through twelfth grade.[92] As of the 2017-18 school year, the district, comprised of four schools, had an enrollment of 1,899 students and 169.9 classroom teachers (on an FTE basis), for a student-teacher ratio of 11.2:1.[93] Schools in the district (with 2017-18 enrollment data from the National Center for Education Statistics[94]) are Kiel Elementary School[95] with 288 students in grades PreK-2, Stonybrook Elementary School[96] with 461 students in grades 3-5, Pearl R. Miller Middle School[97] with 471 students in grades 6-8 and Kinnelon High School[98] with 664 students in grades 9-12.[99] In 2016, Kinnelon High School was named #3 in the state by New Jersey Monthly magazine, the school's highest ranking ever in the magazine's biannual rankings, and was listed as a top 500 high school by Newsweek.[100]

Our Lady of the Magnificat School, a Catholic school that had been operated since 1964 under the auspices of the Roman Catholic Diocese of Paterson, closed after the 2009-10 school year in the face of declining enrollment and increasing deficits that the parish could no longer sustain.[101] I-287 northbound in Kinnelon

Route 23 runs along the northern border of the town. Interstate 287 passes through in the southeastern area, but the closest exit is along Route 23 in neighboring Riverdale.

People who were born in, residents of, or otherwise closely associated with Kinnelon include: 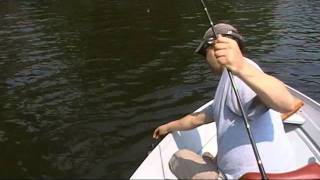 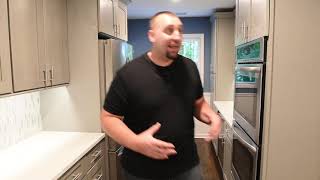 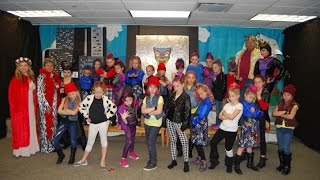 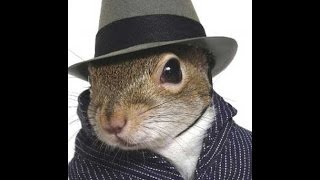 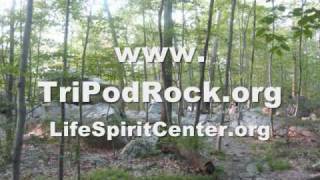 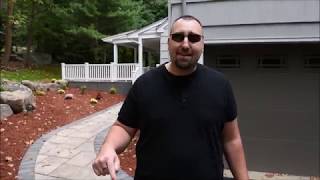 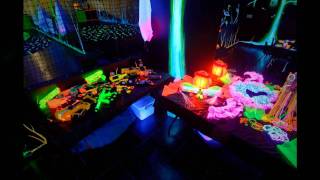 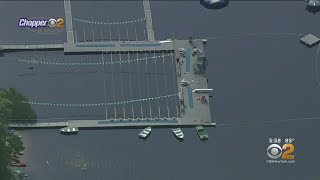 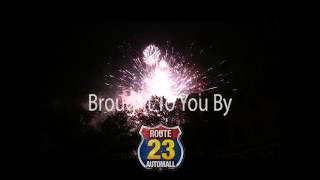 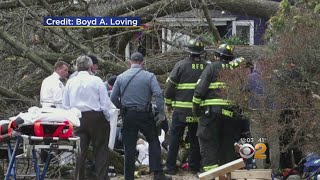 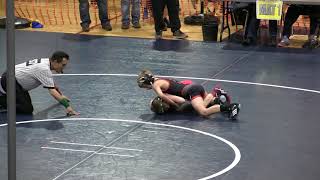 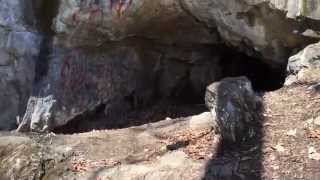 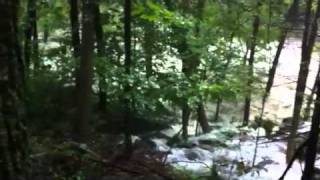 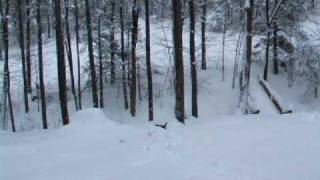 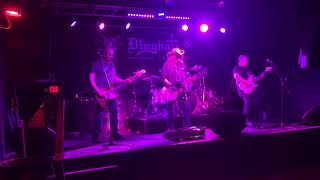 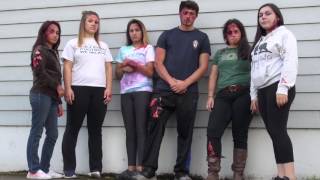 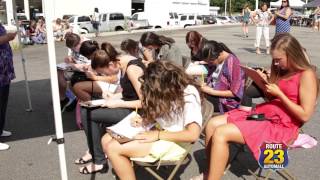 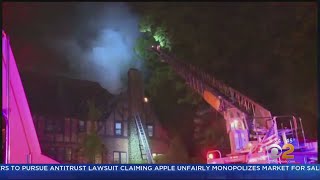 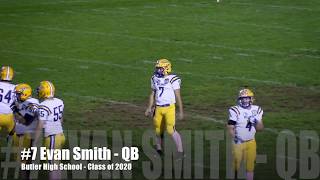 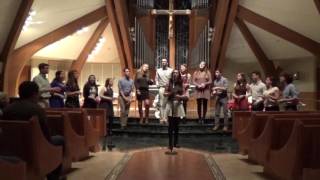