Kirksville is a city in and the county seat of Adair County, Missouri, United States.[1] Located in the Benton Township, its population was 17,505 at the 2010 census.[6] Kirksville is home to two colleges: Truman State University and A.T. Still University. According to tradition, Jesse Kirk, Kirksville's first postmaster, shared a dinner of turkey and whiskey with surveyors working in the area on the condition that they would name the town after him.[8] Not only the first postmaster, Kirk was also the first to own a hotel and a tavern in Kirksville.

Contrary to popular belief, the name of the city has no connection to John Kirk, onetime president of Truman State University from 1899 to 1925. However, the grandson of Jesse Kirk reported that the town was named for Kirk's son John, a figure of local legend credited with killing two deer with a single bullet. "Hopkinsville" was explained as a joking reference to the peculiar gait of John Kirk's lame father-in-law, David Sloan; the jocular name was discarded when the village was selected for the seat of justice in Adair County.[9]

The Battle of Kirksville was fought August 6-9, 1862, during the American Civil War. Union troops led by John McNeil forced Confederate volunteers under Joseph Porter to vacate the city. Casualty estimates (almost entirely Confederate) range from 150-200 dead and up to 400 wounded. According to the August 12, 1862, Quincy Herald there were 8 Federal dead and 25 wounded. The victorious Union commander, Colonel McNeil, gained brief national attention for his post-battle execution of a small number of Confederate prisoners. These prisoners had been previously captured in battle and then paroled with the understanding they would no longer take up arms against the Union, upon penalty of death if recaptured. Nonetheless, Confederate government officials were outraged, and it is said that Confederate president Jefferson Davis even called for the execution of Colonel (later Brigadier General) McNeil if he were to be captured.

On the evening of April 27, 1899, an F4 tornado passing through Adair County cut a path of destruction three blocks wide, killed 34 people and destroyed hundreds of buildings.[10] The popular song "Just as the Storm Passed O'er" was based on the event, and the Kimball Piano Company exploited the incident for its advertising, when one of their instruments was carried a long distance by the tornado but still found in working condition.[11]

On May 13, 2009, Kirksville was again the victim of a large tornado. An EF2 tornado struck the northern edge of Kirksville destroying or severely damaging many homes, several businesses, a car dealership, and at least one factory. Two residents living just outside the city limits were killed by the tornado, and as many as a dozen other area residents were injured.[12] The story and extensive video of the 2009 twister was featured in season 3, episode 4 of Storm Chasers on the Discovery Channel[13] as well as a 2010 episode of Storm Stories on The Weather Channel.

There were 6,714 households of which 23.0% had children under the age of 18 living with them, 33.0% were married couples living together, 9.6% had a female householder with no husband present, 3.1% had a male householder with no wife present, and 54.3% were non-families. 37.8% of all households were made up of individuals and 11.1% had someone living alone who was 65 years of age or older. The average household size was 2.18 and the average family size was 2.90.

There were 6,583 households out of which 20.8% had children under the age of 18 living with them, 35.1% were married couples living together, 7.8% had a female householder with no husband present, and 54.8% were non-families. 36.9% of all households were made up of individuals and 11.6% had someone living alone who was 65 years of age or older. The average household size was 2.16 and the average family size was 2.83.

Prior to 2015 about half of the 20-25 English as a second language program students in the Kirksville R-III School District were of Hispanic origin, but the wave of Congolese students appeared by 2015, doubling the number of ESOL students and giving it a French-speaking population not previously present. Therefore, the district began expanding its ESOL program.[23]

Students and faculty from Truman State University took steps to help the Congolese residents acclimate to life in Kirksville.[22]

According to Dr. Sana Camara of Truman State, many of the immigrants were well-educated, and that the main barrier to success was specifically a lack of English knowledge.[24] Kirksville City Hall. The building was originally constructed as a U.S. Post Office in the early 1900s and was converted for city use in the 1960s.

Kirksville is a Missouri Third-Class city, operating as a council-manager government. A paid city manager and staff handle the day-to-day operations and report to the city council.

Candidates for Kirksville city council are not required to have any party affiliation (i.e. Republican or Democrat) in order to run for office. The only requirements are to be at least 21 years of age, a United States citizen, to have lived in the city for at least one year prior to election, and to not have any outstanding/overdue city or county taxes. All members are elected in an "at large" representation basis versus any particular section or ward. Following each election, the councilmembers vote among themselves to choose a member to serve a one-year term as mayor. Council meetings are held the first and third Monday of each month. The current Kirksville City Council Members are:[25]

The city of Kirksville provides residents with full-time fire and police departments, along with water, sewer, and street maintenance service. Citywide trash removal is contracted by the city with a private contractor, currently Advanced Disposal Environmental Service, and is mandatory for all residents or property owners. Recycling is optional. The city of Kirksville partners with other agencies to operate Kirk-Tran, an area bus service, and a county-wide E-911 Center.

Kirksville is home to three institutions of higher learning:

Primary and secondary schools, including Kirksville High School, are operated by the Kirksville R-III School District.

Kirksville has a public library, the Adair County Public Library.[26]

Radios in Kirksville can also pick up stations from Brookfield, Macon, Moberly, Hannibal-Quincy, and Keokuk, Iowa. Among low-powered translators and micro-broadcasters is 107.5 FM, operated by students from Truman's campus.

The City of Kirksville operates the Kirksville Regional Airport (formerly Clarence Cannon Airport), four miles (6 km) south of the city by the village of Millard.

Kirksville, by way of La Plata, is serviced by Amtrak's Southwest Chief which runs along the BNSF Railway. The distance from Truman State University to La Plata (Amtrak station) is approximately 12.5 miles (20.1 km).

Kirksville once had two operational railroads that ran through town. The east-west rail line was originally incorporated as the Quincy, Missouri & Pacific Railroad, which was renamed several times during financial restructuring and changing hands numerous times, until in 1897 it became the Quincy, Omaha & Kansas City Railroad. Financial problems continued, and it was operated by the Chicago, Burlington, and Quincy Railroad after 1903 and later absorbed by that company, which in turn became Burlington Northern in 1970. The portion of the line that ran west of Kirksville towards Green City was abandoned and eventually torn down in the early 1950s. The portion of the line that ran east of town towards Edina, Labelle, and West Quincy was scrapped in 1982 - 1983, after the Staggers Rail Act deregulated the rail industry. The depot which serviced along the Burlington Northern in Kirksville still stands along Elson Street just north of Cottonwood Street and plans are that it will be renovated.

Kirksville's other railroad, the Wabash Railroad, became the Norfolk and Western Railway in October, 1964. This north-south line later became the Norfolk Southern Railway in 1982 after N&W merged with Southern Railway. In April 1992, the last official NS train ran the line between Albia, IA and Moberly, MO as the railroad announced it would abandon the line due to a loss in profit. During the summer of 1993, the railroad reopened to train traffic as the floods of the midwest affected lines around the Mississippi and Missouri rivers. Trains continued to run the line until 1995. After failed attempts from buyers wanting to purchase the line and turn it into a shortline railroad, work began on tearing down the railroad from Moberly, MO northward toward La Plata, MO where it has a connection with the BNSF Railway and from Moulton, IA southward toward La Plata, MO. The portion of the line from Moulton, IA northward towards Albia was purchased by the Appanoose County Community Railroad. In late September 1997, the tracks through Kirksville were finally torn out, leaving the city without a rail line. The project to tear out the abandoned line was completed by the end of 1997.

In 1952, the United States Air Force opened a radar base that was home to the 790th Radar Squadron, an Aircraft Control and Warning Squadron, in Sublette, about 10 mi (16 km) north of Kirksville. The Air Force inactivated the 790th Radar Squadron in 1968. The Federal Aviation Administration took over running the radar and most of the surrounding 78.51 acres (317,700 m2) were given to Northeast Missouri State University.[28] The current radar, an Air Route Surveillance Radar - Model 3, is a long-range radar that feeds data to air traffic control centers that control aircraft flying over the region.

Kirksville is served by two watersheds. Hazel Creek Lake (530 acres), formed in 1982, was first used as a water source the next year. The larger water source, Forrest Lake (640 acres), was formed by the city in the 1950s when a dam was constructed across Big Creek. Forrest Lake anchors the Thousand Hills State Park, located just west of the city and is named in honor of former Missouri Governor Forrest Smith.[31][32]

Kirksville trash pick-up is currently conducted through the Advanced Disposal of Macon, MO. The company also picks up recycling and yard waste for the city. Most residents receive electrical service from AmerenUE, although a portion of the city receives it from Tri-County Electric, an R.E.C. co-op. Liberty Utilities is the natural gas supplier for the Kirksville area. 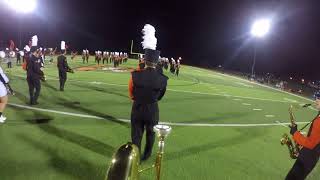 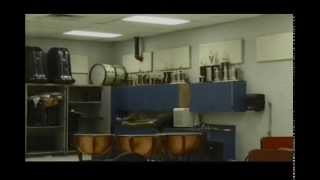 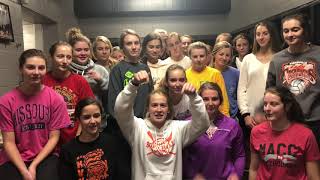 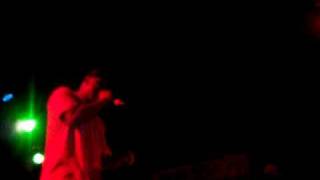 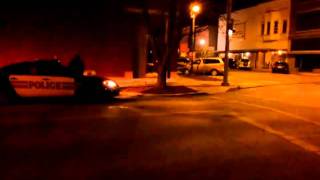 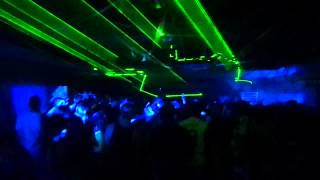 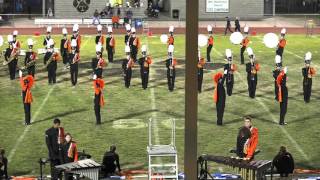 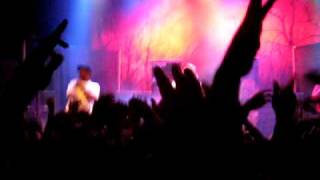 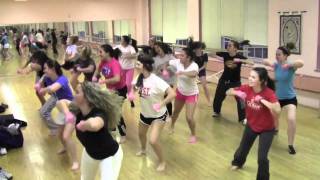 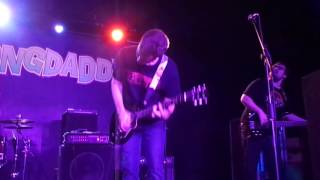 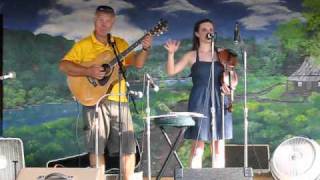 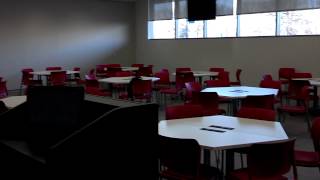