LaSalle County is located in the North Central region of the U.S. state of Illinois; it has an estimated population of 108,669 as of 2019 and its county seat and largest city is Ottawa.[3]

LaSalle County borders Woodford, Marshall, Putnam, Bureau, Livingston, Lee, DeKalb, Kendall, and Grundy counties. Though LaSalle County is in the Chicago media market, it retains a unique identity with a mix of pleasant river towns, and vast expanses of farmland. The county is at the intersection of the Chicago, Peoria, Quad Cities and Rockford television markets, with all four regions advertising (and businesses from the respective regions) and having a strong influence on the area such that despite the county's short distance from Chicago, approximately 60 miles (97 km). The county is part of the far southwestern reaches of the Chicago metropolitan area, and it is also part of the Fox Valley subregion and the larger Northern Illinois region.

LaSalle County was formed on January 15, 1831 out of Tazewell and Putnam Counties. It is named for the early French explorer René-Robert Cavelier, Sieur de La Salle.[4] La Salle was the first European recorded as entering the area. He traveled the Mississippi River upriver from the Gulf of Mexico, claimed the land for France, or rather as a possession of King Louis XIV of France and named it Louisiana. In 1680, he and Henry de Tonty built Fort Crevecoeur on the Illinois River in present-day Tazewell County, and in 1683, they constructed Fort St. Louis on Starved Rock in present-day LaSalle County. By 1857, the county was served by the daily arrivals of two trains of the Illinois Central Railroad.

As William D. Boyce reportedly founded the Boy Scouts of America in Ottawa, the Council is named for him. He and two other founders established the BSA, but Boyce is given the sole credit since his faction of the BSA adopted the other two competing factions' elements within the organization. LaSalle County is within what is called the Lowaneu Region of the W.D. Boyce Council.

In 1838 William Reddick, a local farmer and landowner, was elected sheriff of LaSalle County.[5] He was hired to restore public order resulting from an influx of workmen creating the Illinois and Michigan Canal.[6] Reddick served as sheriff for four consecutive two-year terms.[5] After being elected to the Illinois State Senate, Reddick commissioned the construction of a luxurious Italianate home now known as Reddick Mansion.[6] This structure is one of the largest surviving pre-Civil War homes in Illinois.[7] The mansion was added to the National Register of Historic Places in 1973 as part of the Washington Park Historic District.[8]

The Tri-County Area of DeKalb, LaSalle, and Kendall Counties have been influential in terms of their political, sports, multimedia, industry, and technology. DeKalb County was the birthplace of plant hybridization (DeKalb, DeKalb Agricultural), the hot-air hand dryer (Sandwich, Sahara-Pak), and is the home of supermodel Cindy Crawford, at least 7 MLB players, two NFL coaches, and three NFL players. LaSalle County was home to the Westclox Company for many years, was the site of the first Lincoln-Douglas Debates, and was the home to the discoverer of Pluto, as well as a Wild West figure, multiple published authors, a legendary NCAA athletic director and coach, and multiple political figures. Kendall County is the home to a seminal piece of 20th Century architecture, the birthplace of the Harvester Reaper, (as well as the precursor to the International Harvester Company), the plastic tackle box and plastic-injection molding, and is the home of multiple athletes, politicians, and a former Speaker of the House of Representatives. DeKalb, LaSalle, and Kendall Counties have all been featured in major films, either having been written by residents or former residents, having been filmed in the communities, or both.

La Salle County was founded largely by immigrants from New England. These were old stock Yankee immigrants, who were descended from the English Puritans who settled New England in the 1600s. The completion of the Erie Canal caused a surge in New England immigration to what was then the Northwest Territory. The end of the Black Hawk War led to an additional surge of immigration, once again coming almost exclusively from the six New England states as a result of overpopulation combined with land shortages in that region. Some of these later settlers were from upstate New York and had parents who had moved to that region from New England shortly after the Revolutionary War. New Englanders and New England transplants from upstate New York were the vast majority of La Salle County's inhabitants during the first several decades of its history. These settlers were primarily members of the Congregational Church, though due to the Second Great Awakening, many of them had converted to Methodism, and some had become Baptists before coming to what is now La Salle County. The Congregational Church has subsequently gone through many divisions, and some factions, including those in La Salle County, are now known as the Church of Christ and the United Church of Christ. As a result of this heritage, the vast majority of inhabitants in La Salle County - much like antebellum New England - were overwhelmingly in favor of the abolitionist movement during the decades leading up to the Civil War.[9] When the New Englanders arrived in what is now La Salle County, there was nothing but dense virgin forest and wild prairie. They laid out farms, constructed roads, erected government buildings and established post routes. In 1834, Norwegian immigrants settled in the northwest corner of the county. The construction of the Illinois & Michigan Canal brought thousands of Irish and Irish-American workers to Illinois. Many settled in the counties along the canal route. Ottawa and LaSalle County had a large Irish population due to the importance of Ottawa as a trade and industrial center on the canal. The election of the LaSalle County sheriff hinged on the Irish vote when a New Englander Woodruff was replaced as sheriff by William Reddick a successful Irish landowner following Woodruff's role in putting down a riot along the canal in 1837. Irish and German immigration to LaSalle County, especially LaSalle. Ottawa and Peru prior to the Civil War was such that many German immigrants joined Illinois regiments during the war.[10] In the late 1880s and early 1890s Irish and German migrants began moving into La Salle County; most of these later immigrants did not move directly from Ireland and Germany, but rather from other areas in the Midwest where they had been living, particularly the state of Ohio.[11] Immigrants around the Peterstown, Troy Grove, Meriden, Mendota, and Earlville area were largely of German descent, with the Mendota area directly being the epicenter of the German community in the county. Norwegian population has been strong in the area around Northville, Serena, Mission, and Miller Townships in LaSalle County, along with Little Rock and Fox Townships in Kendall County, and Sandwich and Somonauk Townships in DeKalb County. One such family, the Borschsenius family, runs the Norway Store in the unincorporated community of Norway, in southern Mission Township, and the family has been deeply involved with businesses and the school district of nearby Serena and Sheridan.

Ottawa was the first site of the famous Lincoln-Douglas debates on August 21, 1858. The community has a strong association with the 16th President, and elements of the downtown area of the city retain much mid-19th century architecture. People in LaSalle County were predominantly abolitionist in attitude, and many Underground Railroad sites were maintained in the county prior to the American Civil War.

Utica (or the official name of North Utica) is considered the gateway to the Starved Rock area. Visiting three parks provides a full experience of the area. Starved Rock State Park, (south of Utica on Illinois Route 178), is the crown jewel. Matthiessen State Park (south of Starved Rock on Ill 178) has many of the same features of Starved Rock, but is smaller, and faces the Vermilion River to the west. Buffalo Rock State Park (east of Utica, and west of Naplate/Ottawa on Dee Bennett Road) has an enclosure which features American bison, as well as the mound sculpture complex, known as the Effigy Tumuli. The village is most well known for the April 20, 2004 tornado, which ripped through the downtown and killed nine people.

LaSalle County, Illinois, is one of the few counties in the United States to border as many as nine counties. Illinois has two such counties, with Pike County being the other.

Many of the residents of LaSalle County live in cities and towns along the Illinois River. It is the main population core, with some exceptions, including Streator to the south of the county. Large cities along the river include Ottawa, LaSalle, Peru, and Marseilles. The regions north and south of the Illinois River are mostly agricultural, including the Fox River portion of the county, and have few large towns. LaSalle has generally been a Republican-leaning swing county, more competitive than most in urbanized Northern Illinois.

In its early years LaSalle County supported the Democratic Party, being southwest of the Free Soil strongholds in the far northeast of the state. Following the formation of the Republican party, LaSalle County voted for that party in every election until 1884, when it supported Democrat Grover Cleveland three consecutive times. Although the county gave a plurality to Woodrow Wilson in 1912 and supported Franklin D. Roosevelt in his first three elections, it otherwise voted Republican until 1960.

A Democratic trend, typical of Yankee Northern Illinois, saw Michael Dukakis carry LaSalle despite failing to win the election in 1988, and no Republican would carry the county again until George W. Bush in 2004. The past few elections have seen the county lean Republican due to concern over lack of employment opportunities in the "Rust Belt". 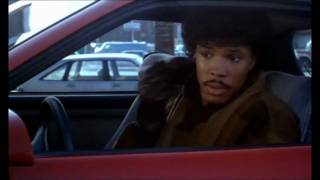