Leonia was formed as the result of a referendum passed on December 5, 1894, from portions of Ridgefield Township.[21] The borough was formed during the "Boroughitis" phenomenon then sweeping through Bergen County, in which 26 boroughs were formed in the county in 1894 alone.[22] Portions of Leonia were taken on February 19, 1895, to form the Township of Teaneck.[21][23]

New Jersey Monthly magazine ranked Leonia as its 31st best place to live in its 2008 rankings of the "Best Places To Live" in New Jersey.[24]

The original inhabitants of Leonia were the Hackensack tribe (Ashkineshacky) of Native Americans. The population was about 1,000 before the Europeans settled in the area. At the time of the American Revolutionary War, Leonia was known as part of the English Neighborhood, a name that survives in neighboring Englewood. It was settled in 1668 mainly by Dutch and English farmers, making it one of the oldest communities in the state and county.[25] A third of the population was African slaves. It was located on the western slope of the Palisades, and started as a quiet farming community. Leonia's proximity to New York City and its major universities, theaters and performing venues contributed to Leonia's place in the world of art and academics, with many artists and leading thinkers finding a home there in the twentieth century.

The local economy that had been focused on agriculture underwent economic and cultural growth during the late nineteenth century, marked by the introduction of train service and was originally called West Fort Lee. J. Vreeland Moore and other town leaders chose the name "Leonia" in 1865 in honor of American Revolutionary War General Charles Lee, for whom Fort Lee was named.[26][27]

After traveling through Leonia upon arriving in New Jersey by ferry at Edgewater in 1899, advertising executive Artemus Ward purchased a large piece of land and established the Leonia Heights Land Company to develop and market housing in the community. His advertising attracted many academics and artists who were drawn to Leonia's small size, culture, and location, earning the town's nickname of the "Athens of New Jersey".[28]

In 1915, the Leonia School of Illustration was established by Harvey Dunn, fostering the artists' colony that subsequently emerged over the next decade.[29] By the 1930s, it had the highest number of residents, per capita, in Who's Who in America and 80% of its residents were college graduates. Transportation through the borough was enhanced with access to ferries and trolley systems and Leonia became a refuge for many of America's most creative thinkers which included five Nobel Prize winners.[30]

For 200 years, one of the two major avenues that run north-to-south through Leonia, Grand Avenue (the other one is Broad Avenue) was called the English Neighborhood Road. In colonial times, this road served as the main inland route between Paulus Hook, Bergen, and the English Neighborhood. Leonia was a crossroads of the American Revolution and a training ground for American Civil War soldiers.

Leonia celebrates "Leonia Day" annually on the third Sunday in May.[33]

Leonia is designated as a Tree City USA, receiving its 21st annual recognition in 2010 from the National Arbor Day Foundation.[38]

Leonia is home to the Players Guild of Leonia, which operates as the oldest continuing theatre troupe in the state of New Jersey, and is one of the oldest community theatre groups in the state with continuous performances since 1919.[30] Performances have included comedies, tragedies, classics, and musicals. The Guild's production of One Mad Night in 1940 was the first three-act play performed on television, when it was broadcast on WPTZ, in Philadelphia, Pennsylvania. In 1963, the Children's Show was instituted and continues each spring. Between 1968 and 1998, the Guild produced Theatre in the Park. Since 2002, the Players' Guild of Leonia has produced a Playwright's Showcase featuring original scripts. The Guild operates out of the historic Civil War Drill Hall Theatre on Grand Avenue which is leased from the borough. Recent productions include Lovers and Other Strangers, The Glass Menagerie, Love, Loss, and What I Wore and Hair. Upcoming productions include a fall production of Guys and Dolls.[53]

Since 2000, Leonia has also been home to Summerstage at Leonia, which produces a Broadway-style family musical each summer in the last two weeks of July. Originally, Summerstage performances were held in the Leonia High School Little Theater, but now take place at the Civil War Drill Hall Theater. Auditions are held in May and open to all in the NY metro area. Past shows have included The Wizard of Oz, Carousel, The Sound of Music, Annie, Oliver, Les Miserables,My Fair Lady, and How To Succeed In Business Without Really Trying.[54]

The Leonia Chamber Musicians Society, founded in 1973, is made up of professional musicians who reside in Leonia, has been performing classical music concerts four times a year at various venues in the borough.[55]

Sculpture for Leonia aims to build the art and cultural environment in Leonia through the display of outdoor sculpture throughout the community and in the Erika and David Boyd Sculpture Garden, which is located on the grounds of the Leonia Borough Annex.[56] This group sponsors an annual Taste of Leonia fundraiser. Leonia Arts provides a calendar of all arts events in Leonia.[57]

Overpeck County Park, a Bergen County park that is located in Leonia, Ridgefield Park, and Teaneck, is home of the county's World Trade Center Memorial.[58]

The Borough Hall of Leonia

Leonia is governed under the Borough form of New Jersey municipal government, one of 218 municipalities (of the 565) statewide that use this form, the most common form of government in New Jersey.[59] The governing body is comprised of a Mayor and a Borough Council, with all positions elected at-large on a partisan basis as part of the November general election. A Mayor is elected directly by the voters to a four-year term of office. The Borough Council is comprised of six members who are elected to serve three-year terms on a staggered basis, with two seats coming up for election each year in a three-year cycle.[7] The Borough form of government used by Leonia is a "weak mayor / strong council" government in which council members act as the legislative body with the mayor presiding at meetings and voting only in the event of a tie. The mayor can veto ordinances subject to an override by a two-thirds majority vote of the council. The mayor makes committee and liaison assignments for council members, and most appointments are made by the mayor with the advice and consent of the council.[60][61]

Joanne Choi Terrell was appointed to fill the seat expiring in December 2021 that had been held by Benjamin Choi until he resigned from office in July 2019 to accept a position as a judge in Hoboken, New Jersey.[68]

Peter Knott was appointed to fill the seat vacated by John DeSimone when he took office as mayor and won election to serve the balance of the term through December 2013.[69]

Pat Fusco was appointed in August 2013 to fill the vacant seat of Ik-Seong "I.S." Pak, who had resigned earlier that month citing personal issues.[70] Mark Minichiello was elected in November 2013 to serve the balance of the term.

Leonia is located in the 9th Congressional District[71] and is part of New Jersey's 37th state legislative district.[10][72][73] Leonia is served by its public system and by a number of private schools.[110]

The Leonia Public Schools serve students from pre-kindergarten through twelfth grade.[111] As of the 2018-19 school year, the district, comprised of three schools, had an enrollment of 1,952 students and 170.6 classroom teachers (on an FTE basis), for a student-teacher ratio of 11.4:1.[112] Schools in the district (with 2018-19 enrollment data from the National Center for Education Statistics[113]) are Anna C. Scott Elementary School[114] with 663 students in grades PreK-5, Leonia Middle School[115] with 533 students in grades 6-8 and Leonia High School[116] with 740 students in grades 9-12.[117][118] Students from Edgewater attend the district's schools for grades 7-12 as part of a sending/receiving relationship with the Edgewater Public Schools.[119][120]

Public school students from the borough, and all of Bergen County, are eligible to attend the secondary education programs offered by the Bergen County Technical Schools, which include the Bergen County Academies in Hackensack, and the Bergen Tech campus in Teterboro or Paramus. The district offers programs on a shared-time or full-time basis, with admission based on a selective application process and tuition covered by the student's home school district.[121][122]

St. John the Evangelist School was a Catholic school for students in grades PreK-8, operating under the supervision of the Roman Catholic Archdiocese of Newark. After 72 years and generations of graduates, it was closed in June 2013.[123]

I-95 southbound in Leonia

Route 93 (Grand Avenue) runs north-south for 1.5 miles (2.4 km) through the center of the borough, connecting Palisades Park and Englewood.[125]Interstate 95 (the New Jersey Turnpike) curves along the borough's northern border[126] while U.S. Route 1/9 and U.S. Route 46 briefly enter along the western border with Fort Lee.[127][128]

The Northern Branch Corridor Project is a proposal to extend the Hudson-Bergen Light Rail to restore passenger train service on the CSX tracks, which offered passenger service decades before and is now used for occasional freight service. NJ Transit's plan would include a station in Leonia.[134]

People who were born in, residents of, or otherwise closely associated with Leonia include: 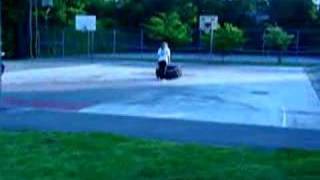 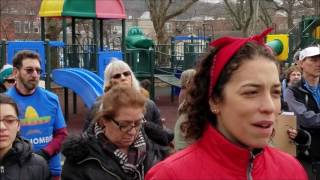 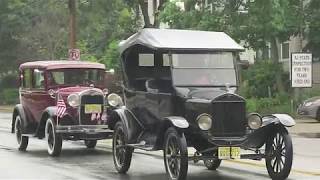 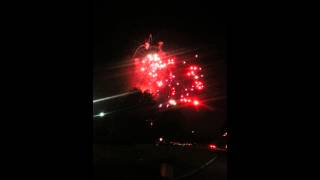 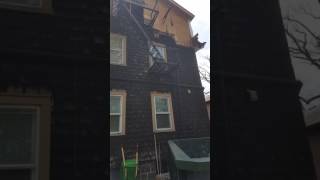 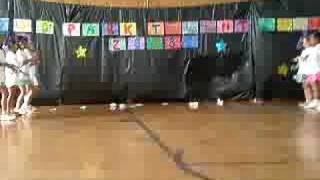 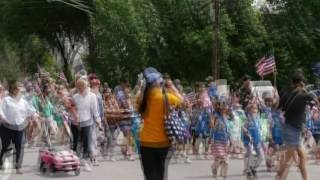 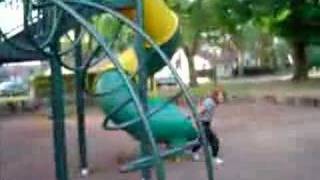 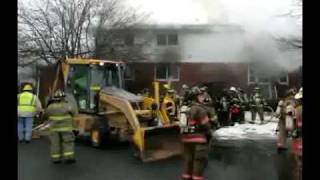 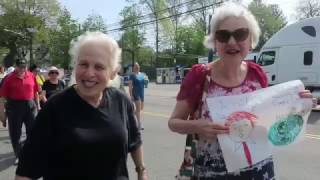 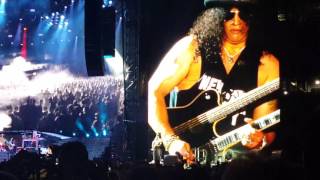 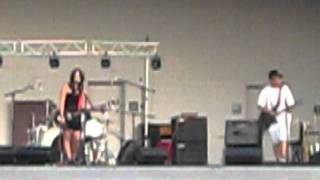 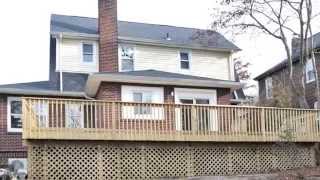 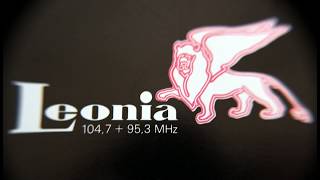 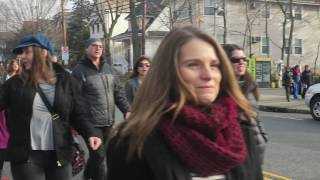 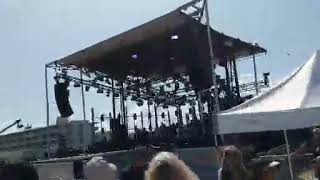 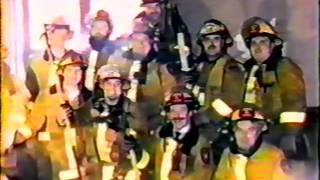 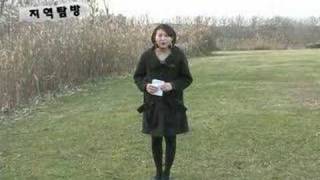